History of the Museum

The All-Russian Museum of Decorative, Applied and Folk Art is the only specialized federal art museum engaged in collection, preservation, study and popularization of decorative, applied and folk art of Russia. The Museum was founded by the RSFSR Government' order of February 10, 1981. Less than 5 months later, on July 21, 1991, the first exhibition was created and the Museum opened its doors to the public.

The creation of the Museum was a response to the needs of the society, and its concern about the destiny of the country's cultural heritage. During the 1960s and 1970s, the interest in cultural traditions and the origins of national culture grew considerably. Traditional art was seen as one of the fundamentals of national identity. In this context, traditional art was perceived as an important part of modern culture. The idea of organizing a museum that would embody the identity of the Russian people and other peoples of the Russian Federation was actively discussed in the creative and scientific community. The distinctive feature of the museum was the fact that from the very first day of its existence, the museum was actively involved with contemporary artists and masters of folk arts and crafts.

The handover of the architectural complex of the XVIII – XX centuries to the museum of national Russian culture – The House of Count A.I.Ostermann – in the centre of the capital – was a fundamental step which reflected the great public importance of the museum being created. 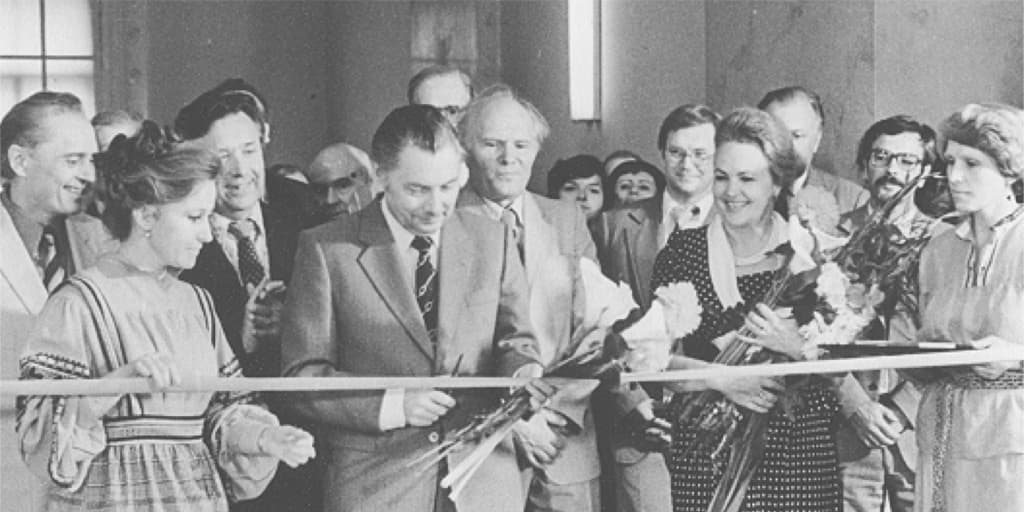 Formation of the museum collection

The basis of the museum's collection was formed by the works that were handed over by the Ministry of Culture of the RSFSR and were created by artists under creative contracts for major all-Russian exhibitions and that were kept in the State Museum Fund. About 1,000 items from the XVII to the XIX centuries were donated by the State Historical Museum, and a number of works by the most prominent Soviet porcelain artists were donated by the Kuskovo Museum. A total of around 5,000 items have been collected. Later on, the collection rapidly expanded. The Museum has been allocated budgetary funds specifically for this purpose, which has enabled it to systematically purchase works by contemporary artists and antiques. Expeditions organised by the museum have also been a source of replenishment of the collection. Museum staff brought back rare exhibits from various regions of Russia: large fragments of paintings of village houses, wedding sledges and folk costumes. The expeditions also made it possible to collect serious scientific material that formed the basis of later publications. Many gifts were received from public organizations of artists. Thus, during the early years of the Museum's activity, the Union of Artists of the RSFSR allocated over 1,200 works from its collection. 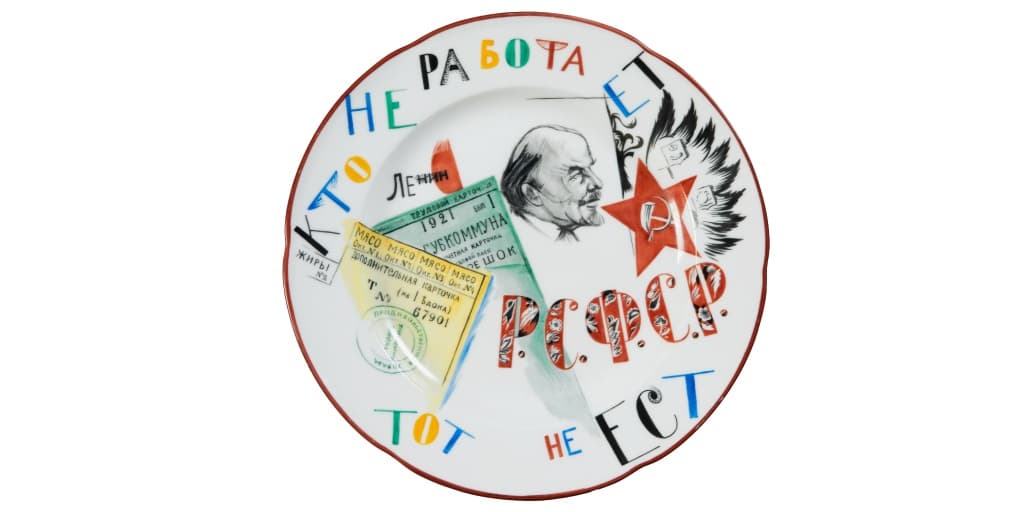 In the 1980s, the museum received a gift from Gennadiy Andreyevich Kubryakov of a collection of samovars and other artistic metalware (bells, icons, carriage clocks, vases). Earlier the museum already had a good collection, which included more than 80 samovars, bouillottes, coffee pots, kettles. Gennady Kubryakov's collection made it prominent. The vase in Russian style made by P.A.Ovchinnikov and fruit vase made by K.Faberge are also unique. These are world-class exhibits.

A part of the widely known collection of Natalia Shabelskaya was acquired by the museum in the late 19th century with the help of the Soviet Cultural Foundation through the efforts of a connoisseur and promoter of Russian art Savva Vasilyevich Yamshchikov and a teacher at Lomonosov Moscow State University Aleksey Rastorguev. Natalia Shabelskaya, a highly educated woman, wife of a major landowner, collected Russian fabrics: embroidery, lace, weaving, costumes and headdresses. Russian patriot Pavel Mikhailovich Tolstoy-Miloslavsky, a descendant of an immigrant family living in France, acquired a small but significant part of the collection and donated it to the museum. In 1985, the Uelen bone-carving workshop fulfilled the museum's target order. As a result, the museum's collection was enriched by the works of all the Chukchi walrus tusk engravers working at that time.

From the very beginning, one of the main collecting trends has been the art phenomenon known as the "Russian style". The Museum gradually developed a good collection of furniture made in Abramtsevo, Talashkin and other workshops, including sketches by E.D.Polenova, S.V.Malyutin, V.M.Vasnetsov, a fine selection of mass and limited edition metal, interesting examples of ceramics, glass and fabrics. Among the most interesting purchases from the early years of the formation of the Russian Style collection is a unique tapestry made after a sketch by Mikhail Vrubel in 1903 at the Setunsk Carpet Manufactory. 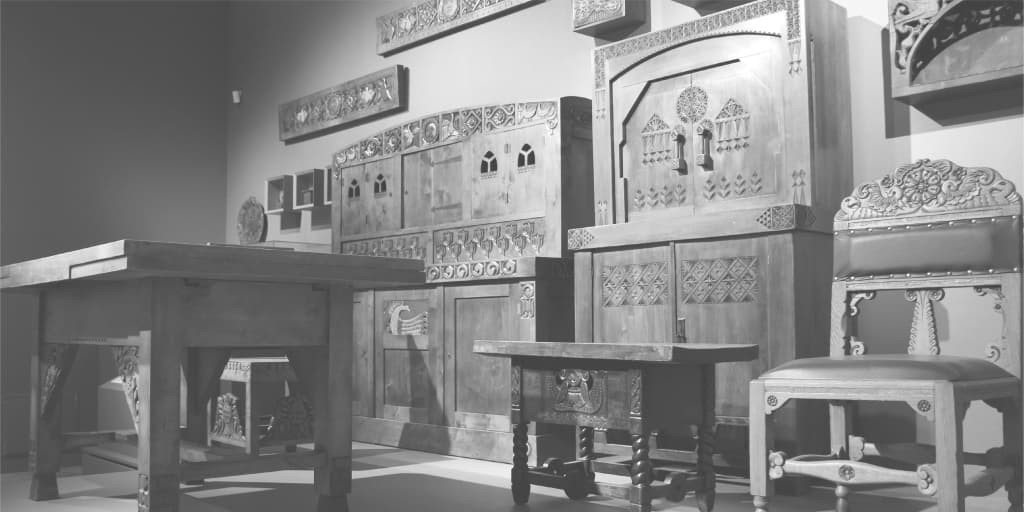 An important date for the development of the collection was 1999, when the funds of the Museum of Folk Art, the archives and the library were transferred from the Research Institute of the Art Industry to the Museum. A total of about 70,000 items were transferred to the museum. In 2005 – 2006 the museum's collection was enriched by a large collection of works from the assortment room of the Konakovo faience factory. It includes unique works, created in 1934 – 1936 years in an art laboratory of the plant, headed by I.G.Frih-Har, artists of bright creative individuality – S.B.Pressman, V.A.Favorsky, I.S.Yefimov, S.D.Lebedeva, I.M.Chaikov, G.I.Kepinovym, I.L.Slonim, A.E.Zelensky.

Since 2010 the museum's collection includes more than 100 pieces of furniture dating from the early XIX century to the mid XX century. Among them are genuine masterpieces and great rarities: a needlework table and bookcase from the first quarter of the 19th century, a Jacobean desk and a roulette table from the mid-XIX century. In the 1990s and 2000s, the museum received a part of the Trekhgornaya Manufactory's assortment cabinet – a collection of fabrics and shawls, a collection of shawls from Viktor Zubritsky, the chief artist of the Pavlovo-Posad shawl manufactory, designer costumes by Tatiana Smirnova, designer costumes by Victoria Andrianova, a collection of costumes by the famous couturier Vyacheslav Zaitsev, designer batiks by Irina Trofimova. As a result of the established creative and professional relationships, as well as the active work of the museum staff, the museum has an unparalleled collection of Russian lacquer miniatures, modern enamelware and jewellery art, modern factory and designer glass, bone carving and many others. As of today, the museum's collection exceeds 250,000 items. 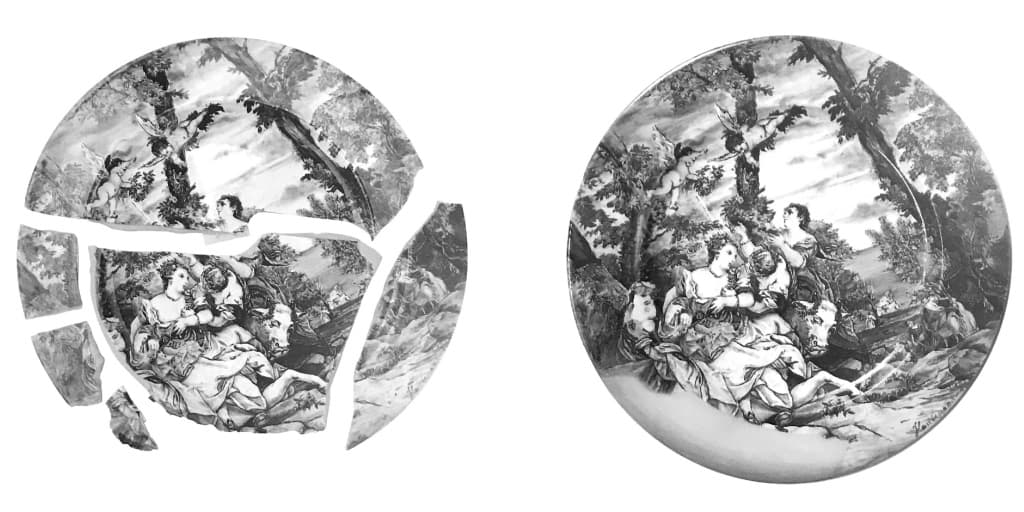 From the very beginning, the museum has been actively developing area of scientific restoration. The museum's restorers work on wood and furniture, polychrome sculpture, ceramics, glass, stone, cloth, leather, lacquer miniatures and paintings, metal, book bindings, bone, mother-of-pearl and art metal. Working with difficult items and materials, the restorers of the museum, being highly professional and having long time experience, have developed their own unique methods. All of the museum's restorers have been certified by the Russian Ministry of Culture.

The museum carries out individual trainings for young specialists from other museums in restoration of wood, leather, glass, ceramics, bone; they give consultations and carry out restoration of works of decorative art for other museums of the country. Among our museum's partners are the Kursk Regional State Museum, the Radishchev Art Museum of Saratov, the Ulyanovsk Museum of Fine Arts, and the Russian Museum of Art. Radishchev Museum of Art, Ulyanovsk Regional Museum of Art, State Historical Museum-Reserve "Gorki Leninskie", the Glinka National Museum Consortium of Musical Culture, the Morshansk History and Art Museum, the Murom Historical and Art Museum, and others.

The museum's collection has become the basis for active exposition and exhibition, scientific, publishing and educational work. Every year, the Museum implements more than 30 exhibition projects at its venues, in the regions of Russia and abroad. The first exhibition of the Museum, which had a wide public and cultural resonance, was the exhibition "Russian Lacquer Miniatures on Metal" (1982). For the Museum, this was not only the first serious meeting with the scientific community and contemporary artists, but also the first step in acquiring its own audience. In 1991, in co-operation with 23 Russian museums, a major exhibition "The National Style in Russian Art of the 19th – Early 20th Centuries" was organised.

Active exhibition work continued throughout the following years. Among the museum's largest projects of the last 5 years are "Lace for Show", "Porcelain Revolution. The Dream of a New World. Soviet porcelain from the All-Russian Decorative Art Museum's collection", "To the light", " Taymyr. Genius of place", exhibitions in the framework of competition "Invented and made in Russia", the annual festival "Collectors and collections", pop-up exhibitions of works by students of the British Higher School of Design "Print on white horse", NINE, the international project "The Deceived: No more" by Masha Dzhankoy and many others. 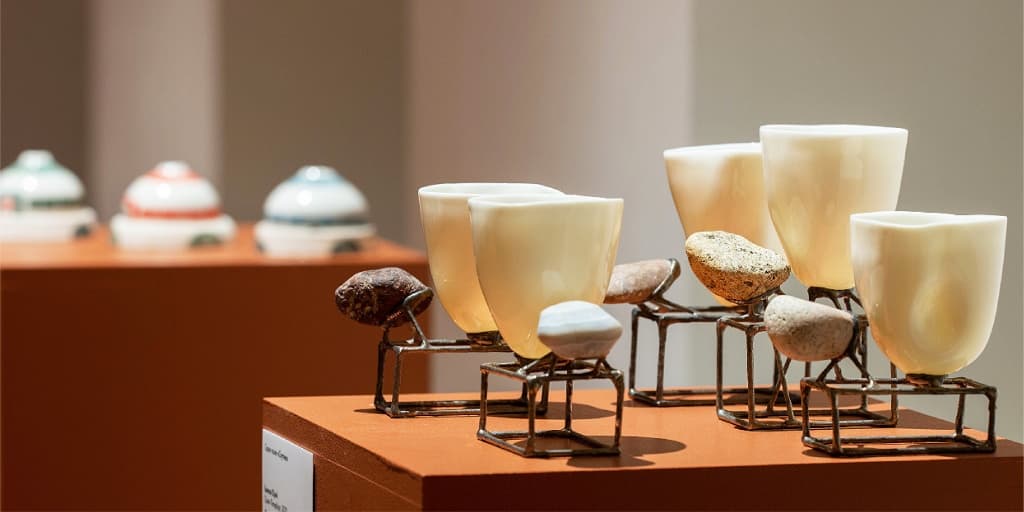 The All-Russian Decorative Art Museum is actively involved in museum education activities. In the 1990s, the Museum's Children's Centre (since 2018, the Museum Educational Centre) was established. The centre's activities are based on an interactive approach, allowing museum guests to plunge into a particular era in the form of a game and become closer to the museum's exhibits. For this purpose, a special collection of items was created and is constantly being replenished, which participants can take in their hands, appreciate the form, the texture of the material, and the peculiarities of decoration. Thanks to this innovative approach, the Children's Centre quickly gained recognition and gained popularity among schools, art studios, and family and adult audiences.

On the basis of the museum educational centre, 'museum' workshops have been set up. The aim of the project is to introduce visitors in practice to the key types and techniques of decorative arts: mosaics, engraving, cloisonné enamel, woodcarving, artistic embroidery, etc. In 2013, a new Concept of Museum Development was designed, defining the strategic objectives of the museum in all areas of activity. As part of the implementation of the Concept, a new area of activity – product design – was highlighted. In 2017, the Fashion and Design Centre was established as a new opportunity for professional exhibitions, discussions and meetings. Its main objectives are to explore trends related to the development of modern design and technology, and to promote the best examples of design domestically and internationally. The division's focus for the coming years is product and fashion design. The team of the Fashion and Design Centre, together with invited experts and curators, organizes exhibitions, performances, screenings, lectures, public talks, live broadcasts, meetings with experts and many other events. 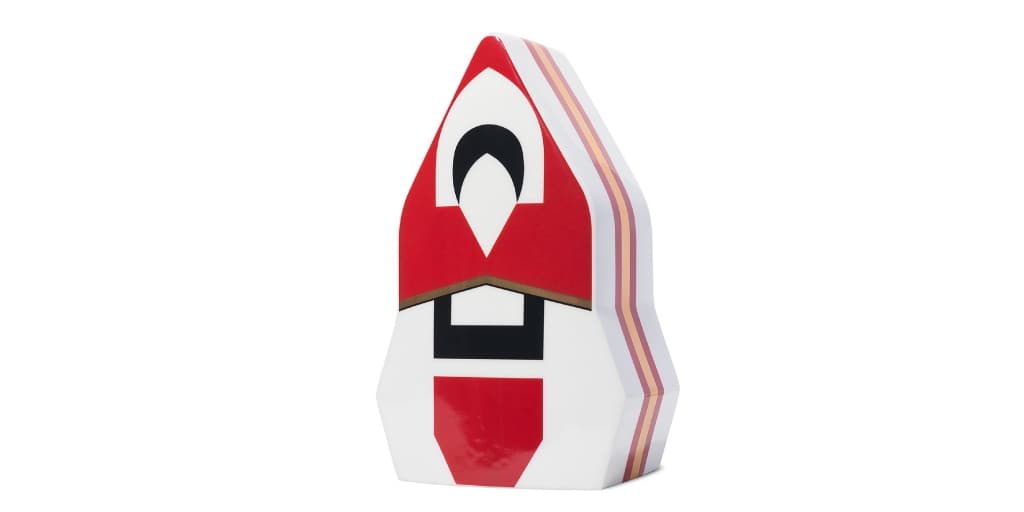 The museum is active in the field of inter-museum cooperation. In 2017, at the initiative of the All-Russian Decorative Art Museum, a section of museums storing collections of decorative and applied art was created as part of the Union of Museums of Russia. The section discusses issues related to the specifics of forming decorative art collections, the functioning of museums after the introduction of the Uniform Rules for the acquisition, registration, storage and use of museum objects and museum collections, the specifics of exhibiting decorative art objects using new multimedia technologies, and many others. In 2018, as a result of rebranding, the museum became known as the All-Russian Decorative Art Museum.

Feedback
Thanks! We have received your request and will contact you as soon as possible