History of the building

The All-Russian Decorative Art Museum is located in the historical center of Moscow in a building complex - an architectural landmark of the late XVIII-XX centuries. The events of several epochs and the names of many famous historical figures are associated with this place.


From the second quarter of the XVII century up to the 80s of the XVIII century the country estate of the boyars Streshnevs was located on the territory where nowadays we can find museum buildings and a museum square. The first Streshnev who owned the plot was Lukyan Stepanovich Streshnev, whose daughter Evdokiya became the second wife of tsar Mikhail Fyodorovich Romanov (1626). It was exactly a country estate with a number of wooden buildings and substantial plots of land. According to modern calculations the total area of the Streshnevs' estates in this area of Moscow in the early 1740s was not less than 10 hectares. 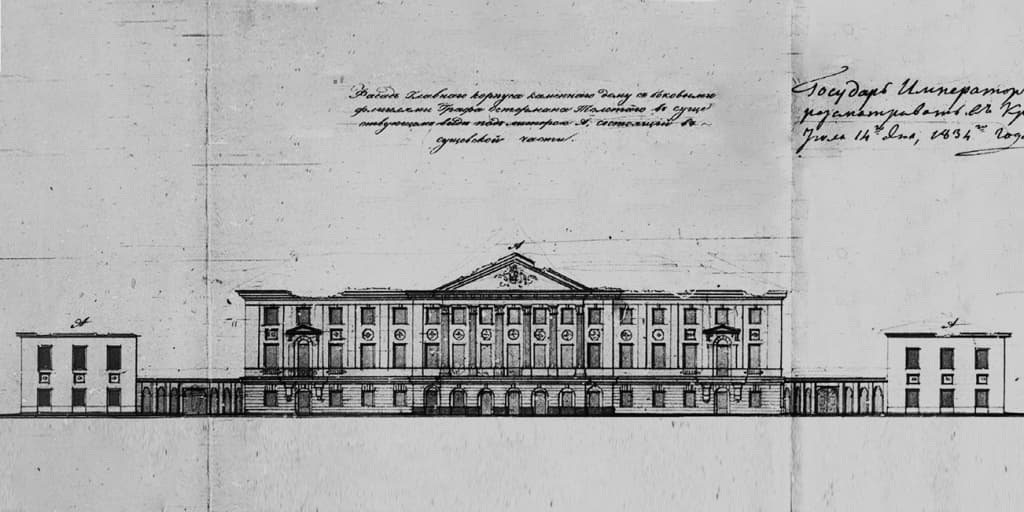 After the edict forbidding the construction of stone buildings outside St. Petersburg was abolished (1741), stone buildings appeared on the estate's territory. In 1772 the Streshnevs' estate comprised a whole complex of dwelling and household buildings. The main house had two floors and was built on a stone base. In 1782 the Streshnevs' country estate was inherited by Count Ivan Andreevich Osterman, a Russian diplomat, who since 1775 was a vice-chancellor, and from November 1796 to April 1797 – the chancellor of the Russian Empire. Within a few years Ivan Andreevich erected in stone all the main structures and increased the height of the main house by one floor.

By 1786 a new palace and park ensemble appeared in Moscow - the Ostermans' Moscow residence. While preserving the original structure, the manor's layout acquired a regular character with a symmetrical composition with a rounded front yard, typical of mature Classicism. The main house was transformed into a three-story palace, which faced the park, and was connected to the two-storey side wings by semi-circular covered passageways. The name of the architect of the building is unknown; he may have belonged to the school of M. F. Kazakov. The park played an important role in the structure of the estate. It is unknown whether it existed at the time of the Streshnevs and how it was laid by I.A.Osterman – on an empty site or was a development of the old one. But one fact is certain: its planning scheme reflects the style features of Russian estate parks of the last third of the XVIII century.

After his retirement in 1797, Ivan Andreevich Osterman moved from St.Petersburg to his Moscow residence. Many years later the writer and journalist Mikhail Ivanovich Pilyaev wrote that Ivan Osterman lived in Moscow "hospitably and in an open house... There were sometimes up to a hundred or more persons of both sexes who came to his house for dinner, especially on Sundays. The count was almost ninety years old and retained his health and full memory of the past. His hospitality now seems almost dreamlike". On December 9, 1809 Osterman gave a dinner at his Moscow palace in honor of the Emperor Alexander I, who graced the Count with a visit. 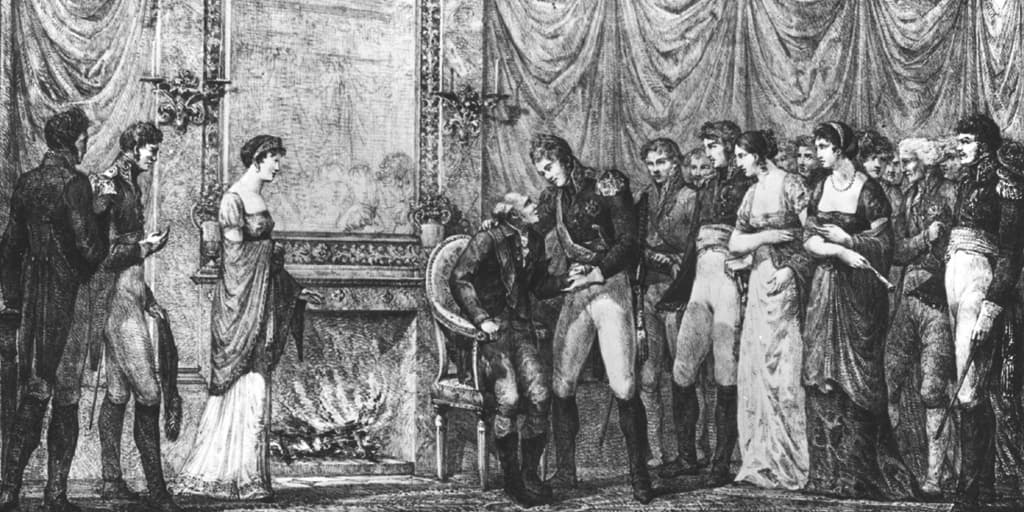 In 1796, brothers Ivan Andreevich and Fyodor Andreevich Osterman, who had no children, passed their title and surname to their grand-nephew Alexander Ivanovich Tolstoy. He was also bequeathed a Moscow estate in the alley, which became known as Bozhedomski, since it led to Bolshaya Bozhedomka Street. The choice of an heir was made not only because of blood kinship, but also because even at a very young age Colonel Alexander Tolstoy was a source of pride for the Osterman brothers. Alexander has earned the Order of Saint George of IV degree and took part in storming the fortress of Izmail (1790). Later on Aleksandr Ivanovich distinguished himself in the Patriotic War of 1812 and in the foreign campaigns of the Russian army, for which he was honored to be among the heroes, whose portraits are placed in the War Gallery of 1812 in the Hermitage. After receiving his inheritance, Alexander Ivanovich visited his Moscow residence only occasionally.

Count Ostermann's house, like many other buildings in Moscow, was damaged by the fire of 1812. The wings that had survived were used to house the city's fire victims, but the main house was not restored for a long time. Despite Ivan Ostermann's testament ("that this house shall always remain called Count Osterman's House... and this house shall never be sold or mortgaged") A.I.Ostermann-Tolstoy, having decided to leave Russia for ever, in 1834 sold the estate to the Holy Synod to house the Moscow Theological Seminary. 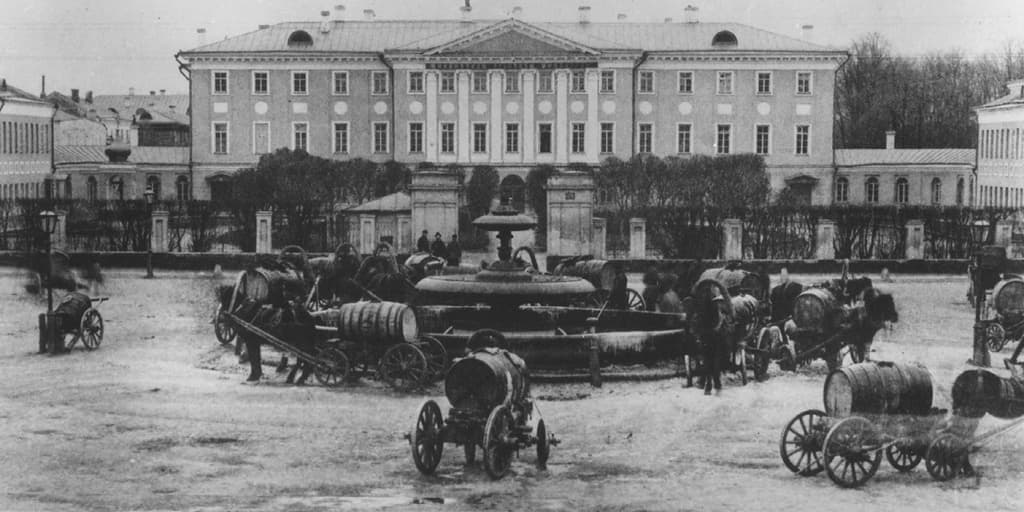 Only in the beginning of 1840s the building was reconstructed and expanded by A. F. Shchedrin. Training of seminarians began in 1844 in the former House of Count Osterman. Thirty years later another annex to the main house was built by the architect P.E.Bayev, which turned it into a closed square. In 1885 in accordance with the project by the same architect Baev a two-storey block of the diocesan dormitory was added to the east gallery.

On June 25, 1918, in accordance with the Decree of the Soviet government on separation of church from state and school from church, the building of the Moscow Theological Seminary was nationalized. Delegates to the Fifth All-Russian Congress of Soviets were accommodated in the vacated dormitory. As a dormitory for delegates to Congresses of Soviets the building was used until the Great Patriotic War and became known as the 3rd House of Soviets. Several times Lenin spoke to delegates in this building. In memory of this chapter in the history of our home in June 1941 Bozhedomsky Alley was renamed to Delegatskaya Street. After the Great Patriotic War, the building was given to the Presidium of the Supreme Soviet and the Council of Ministers of the RSFSR. In the early 1950s, a new three-story building was added to the building of seminary dormitory; stylistically the addition fully complies with the classicist appearance of most buildings of the architectural complex. The building was designed by one of the leading Soviet architects, V. G. Gelfreich, who had been involved in the design of the Stalin skyscrapers, the Russian State Library (the former Lenin Library). 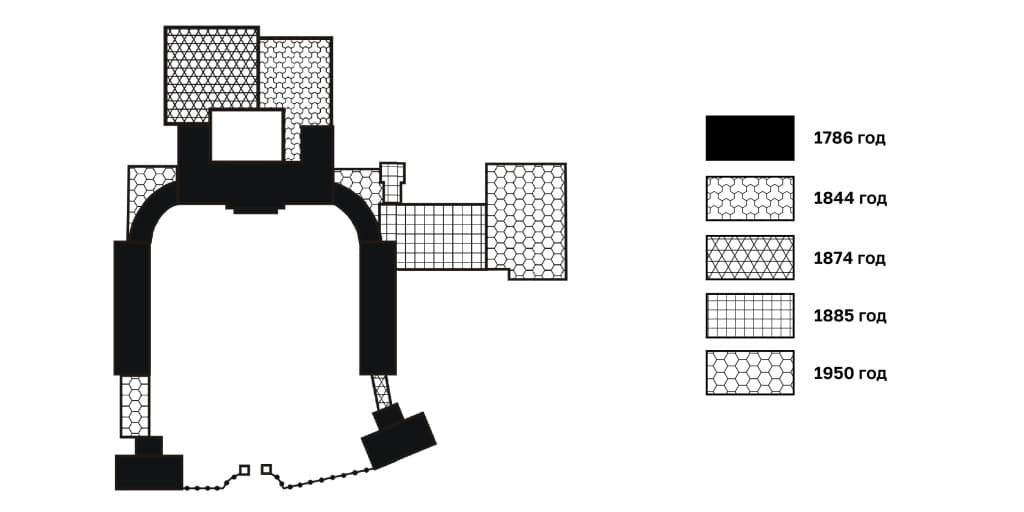 Architectural layering did not change the compositional core of the estate. All new buildings are not visible from the street. Architects have given them a subordinate role, leaving the primacy of the estate buildings, not violating but rather complementing the existing ensemble. In 1981, the building was given to the All-Russian Museum of Decorative, Applied and Folk Art, which was opened to the public on July 21, 1981. Read more about the history of the "House of Count Osterman" and its owners in the publication: Vitaly Dvorakovsky. The House of Count Ostermann. – М., 2020.

Feedback
Thanks! We have received your request and will contact you as soon as possible