The Museum’s Stone Gallery is a time-machine of sorts. Once you get into it, you can feel the spirit of the past through the aesthetic value of all the wonderful objects of that brilliant era and evaluate not only their convenience as household items, but also their beauty, which was perceived as almost the cardinal asset at the time. Therefore, each thing was created as a unique piece of art, a specimen of genuine and high-minded artistic endeavor. Every item on display is immersed in the context of its time and style.

An age of change: At the turn of the XVII century

Interiors of times of Peter the Great combined elements of the old Boyar style with pieces of furniture brought from Western Europe. At the exhibition, ancient chest boxes and chests styled as headrests, made with the use of the perforated iron technique, stand side by side with an austere-looking chair with a high carved back, which belongs to the age of Peter the Great. In pre-Petrine Russia, inkstands were a rarity and were used only by members of the tsar’s family, boyars and nobles. Depending on the pedigree and wealth of the owner, they could be cast from brass or copper, and decorated with colored enamels. The exhibition presents real rarities: the earliest inkstands of the XVII and XVIII centuries, “animal-style” brass candlesticks, silver frames and covers for altar Gospels, and goblet-shaped mugs produced by the Demidov factories in the Urals. At the time, majolica jugs could be decorated with bright enamel paintings in the folk style and take a place near glass rectangular bottles (shaped like a brick standing on its end) on a dining-table.

Russian Classicism of the XVIII century

That period was characterized by a drift to simplicity and clarity. The trend is manifested both in rare and mainstream matte-cut pictorial goblets manufactured of colorless transparent glass by the St. Petersburg plant, and in the glasses, big and small, and decanters that appeared a little later. Flower garlands, bouquets, rosettes start to decorate articles made of bone. Openwork carving seems to glow from the inside of desk-mounted writing cabinets, jewel cases, chests — XVII- to XIX-century creations of the carvers based in Kholmogory (today in the Arkhalgelsk Region of Russia). Malachite items made in the virtuoso “Russian mosaic” technique were in special demand and gained a worldwide acclaim. The stone was perceived as a symbol of luxury and wealth, therefore, jewel boxes, majestic candelabra, and vases were often used as diplomatic gifts.

The art of table dressing

Russia was one of the first countries to start producing its own chinaware and porcelain. In 1744, the first Russian porcelain enterprise, the Imperial Porcelain Manufactory, was opened near St. Petersburg. The display presents one of the first ceremonial dinnerware sets. Commissioned by the Imperial Court in the late XVIII century, it is a cabinet set with a polychrome ornamental border of wildflowers on a gold background. Furthermore, there are items from the famous Russian “Order Dinnerware Sets” of the late XVIII century made at the Gardner plant near Moscow; they were dedicated to the main awards of the Russian Empire. The first samovars also appeared in the late XVIII century. Only very few wealthy nobles could afford them, so they became an important decorative detail of the home interior, and a luxury emphasizing family prestige. They were highly valued and passed down from one generation to another. By the middle of the XIX century, samovars had become an indispensable item of tea table setting and occupied an honorable place next to the porcelain tea set. The first half of the XIX century saw the peak of popularity for hand-painted and lacquered metal trays made at Nizhny Tagil factories.

In the inner rooms

In the early XIX century, the attitude towards interior design was changing. Furniture made of precious woods was gaining prestige, with its austere sharp-cut forms and the use of sculpture in the design of tables, armchairs and couches. The noble simplicity of a well-ordered life was emphasized by fine wood furniture, chess and card marquetry tables, cozy living-rooms, studies. During the reign of Alexander I, French-made mahogany furniture with corrugated brass inserts was in vogue. By the name of the furniture maker who invented it, it was called “Jacob”-style furniture. Its production was very quickly mastered by Russian craftsmen in Moscow and St. Petersburg. Mantel clocks with gilded bronze figures of Minin and Pozharsky (leaders of a volunteer army that expelled Polish invaders from Moscow in 1612) were also in vogue in that time.

The objects on display highlight the changes in the way of life, the transformation of old and the emergence of new forms, techniques and types of decorative arts. 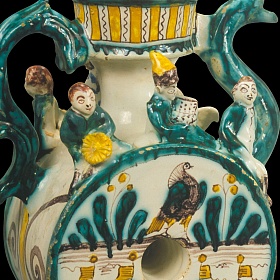 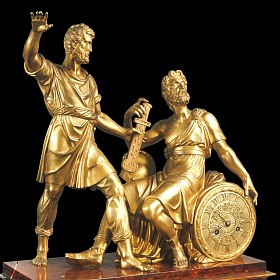 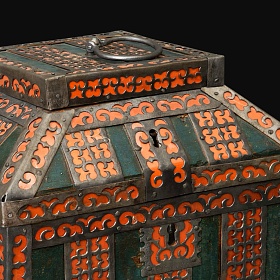 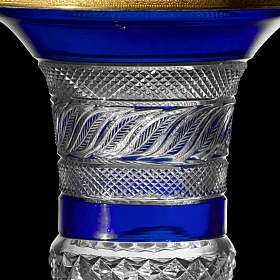 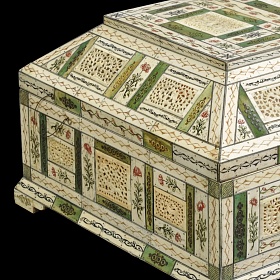 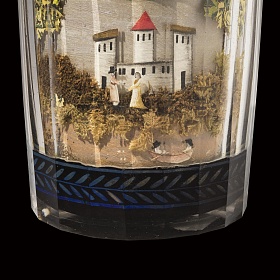 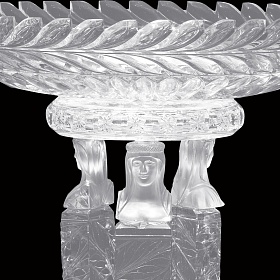 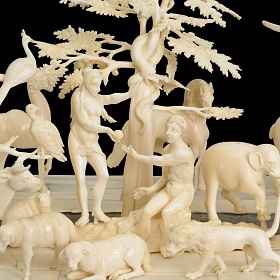 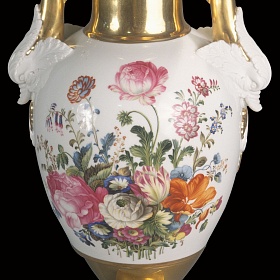 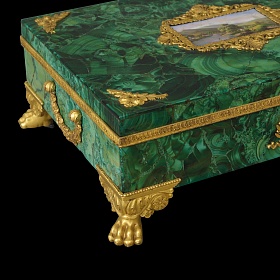 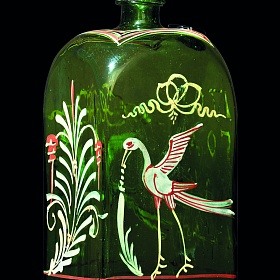