WOOD CARVINGS FROM THE REGIONS OF RUSSIA AND CIS COUNTRIES

The museum's collection, representing the art of the peoples of Russia and the CIS countries, is one of the most diverse in its composition. Chronological frames of the collection cover the period from the 18th century to the 21st century. A great contribution to its formation was made by the Moscow Artisanal Museum and the Art Industry Research Institute, which collected the best items at all-Russian and world exhibitions, as well as by travelling all over the country on numerous expeditions. The collection of more than 1000 items is divided into two funds - the collection of items collected before the early 1980s and transferred from the Museum of Folk Art in 1999, and the collection of items collected after 1981 and still held by the staff of the All-Russian Decorative Art Museum.


A significant section consists of items representing the traditions of artistic woodworking of the peoples of Dagestan. The earliest dated objects, of the 19th century, were collected during the expeditions of the famous ethnographer Evgeny Mikhailovich Schilling. A special place in this section belongs to the works of a unique craft: the untsukul woodcarving. All-Russian Decorative Art Museum has one of the best collections of this craft in the country. There are exhibits presenting the art of Unzukul from the legendary samples from the World Exhibitions of the 1920s and 1930s to the best works of modern artists.

It is worth noting the famous collection of works of decorative-applied art of Uzbekistan from the World exhibition in Paris in 1937, representing the traditions of national fine-painting and woodcarving in the "pargori" style.

The collection of wooden carvings and paintings by peoples of Russia and the CIS countries contains works of wood and birch bark by the Nanai, Nivkh, Orochi, Ulchi, Evenks, Yakuts and other peoples of the Far East and the Far North. The collection gives an idea about the peculiarities of art of different ethnic groups living on the territory of Russia and shows the history of its development from the 18th century to the present day. Among the unique items of this section there are ritual sculptures and toys of the peoples of Amur region, collected by Alina Yakovlevna Chadaeva. The museum is proud of its collection of chorons - national Yakut vessels for koumiss: we preserve the objects of the 18th – 20th centuries.

Small but interesting collection of works of the best Hutsul craftsmen of artistic woodcarving of 1940th is also represented in our collection. Elegant works, boxes and decorative dishes, amazing fine carvings and rich incrustation of colorful beads, wood, mother of pearl and metal.

In the early 1970s, the Ufa factory "Agidel", in collaboration with artists of Khokhloma painting and employees of the Art Industry Research Institute, organized a new trade of painting on wood. The works were created on the basis of the technology of the famous Volga region craft but have a bright ethnic character in the forms and ornaments. There are several multi-piece sets of "Bashkir Khokhloma" in our collection.

The collection gives an opportunity to see the diversity and uniqueness of art of peoples of Russia and CIS countries. For more than a century, museum workers and researchers have been actively working on replenishing and studying the collection. 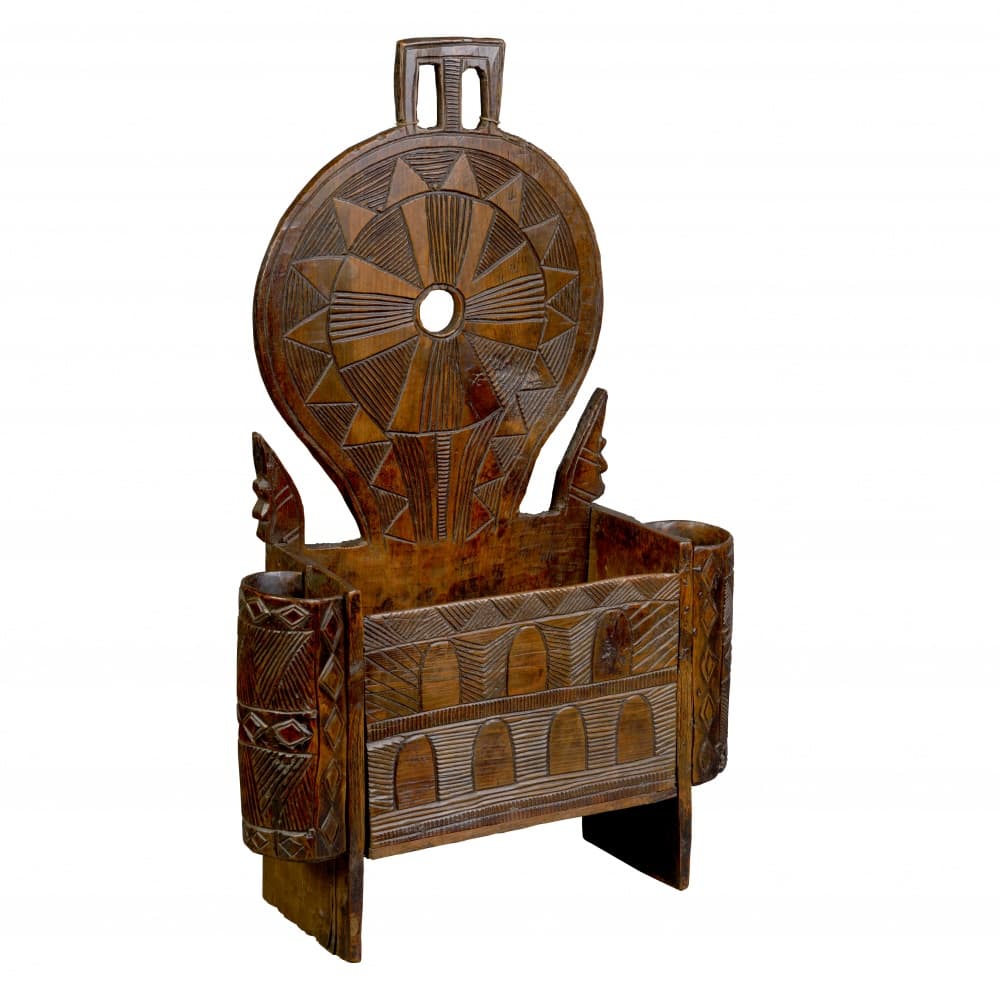 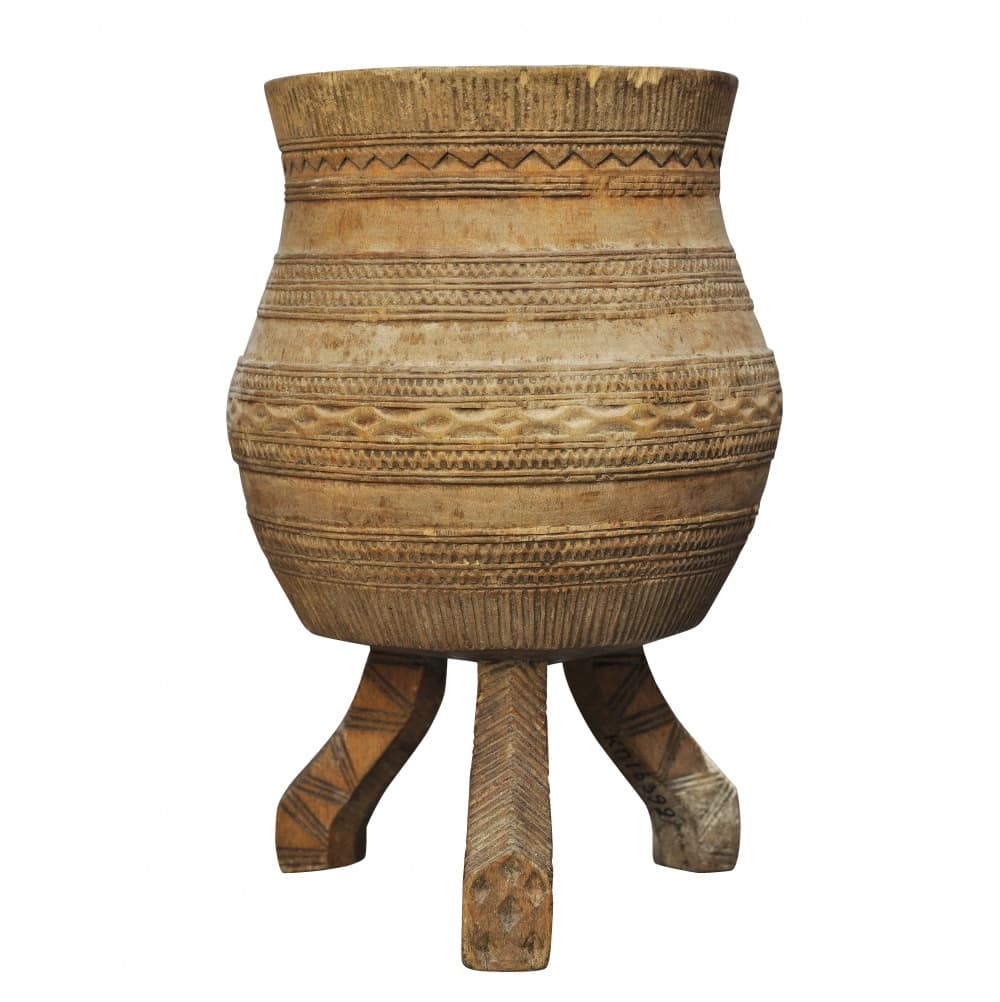 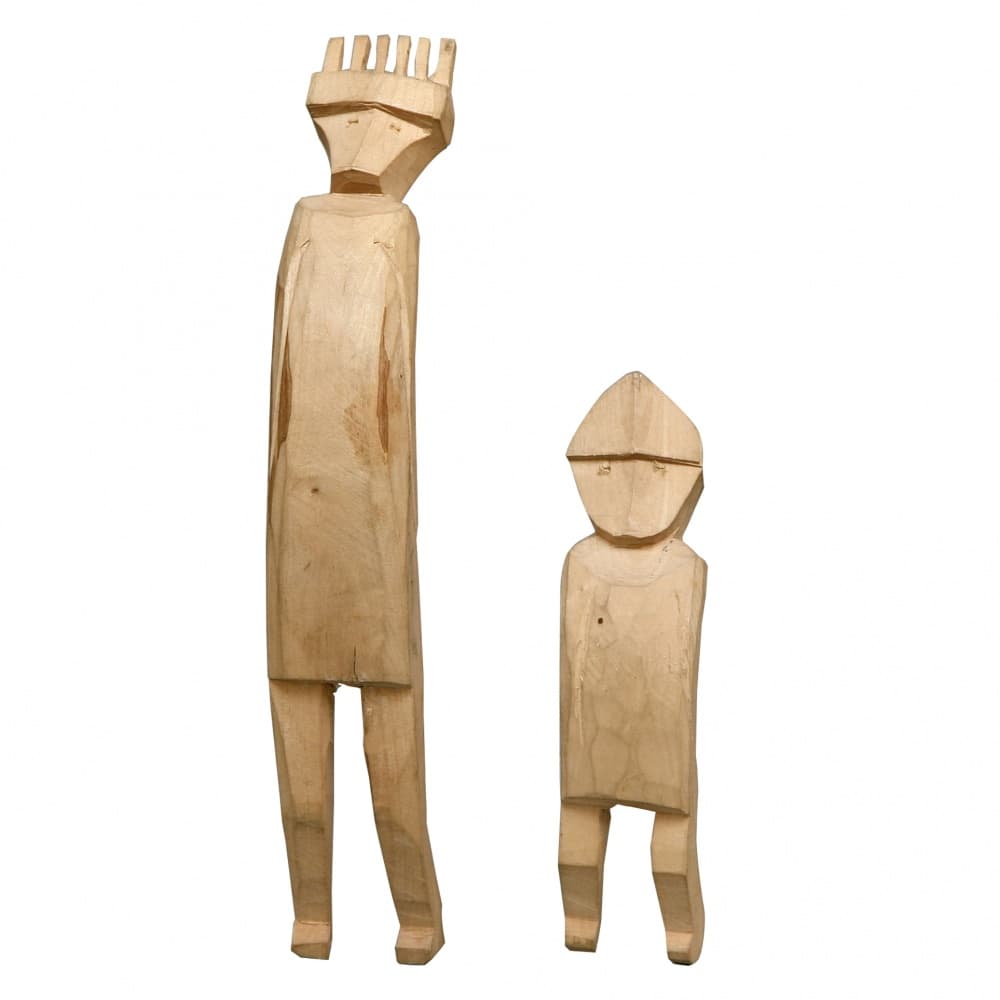 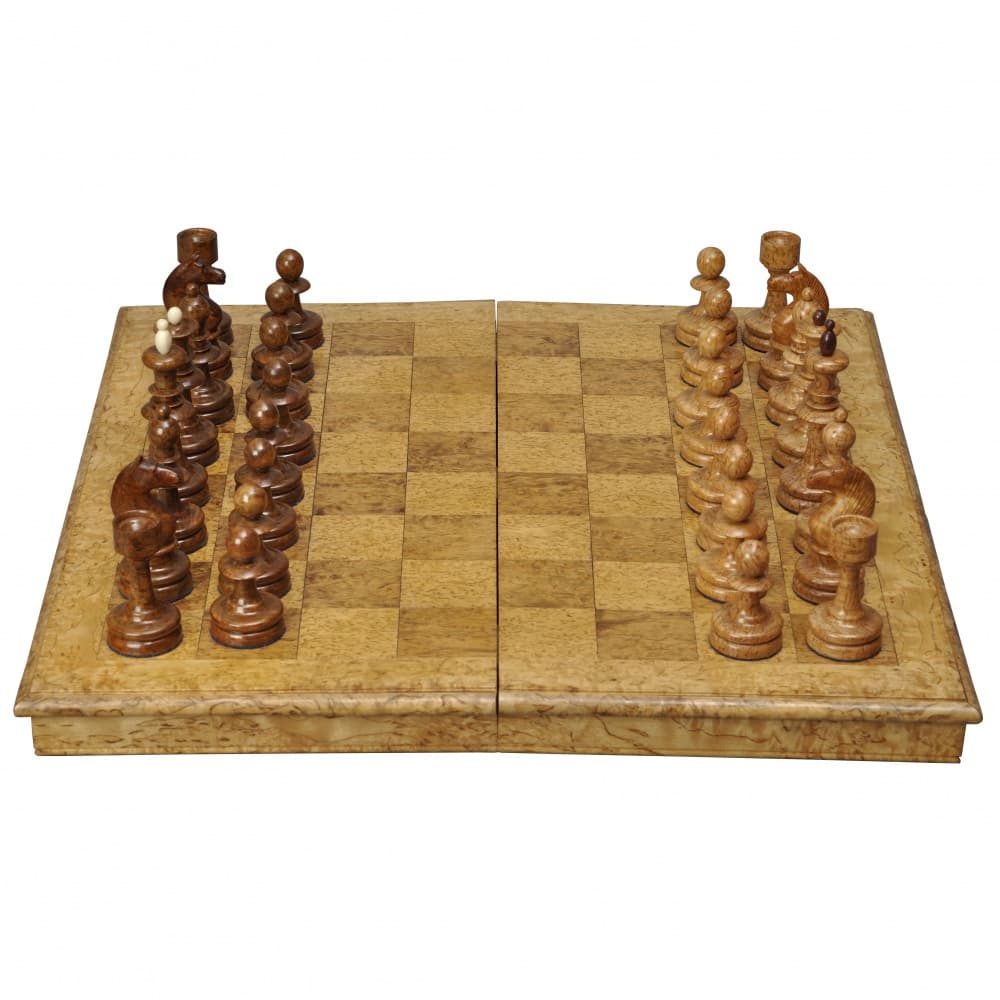 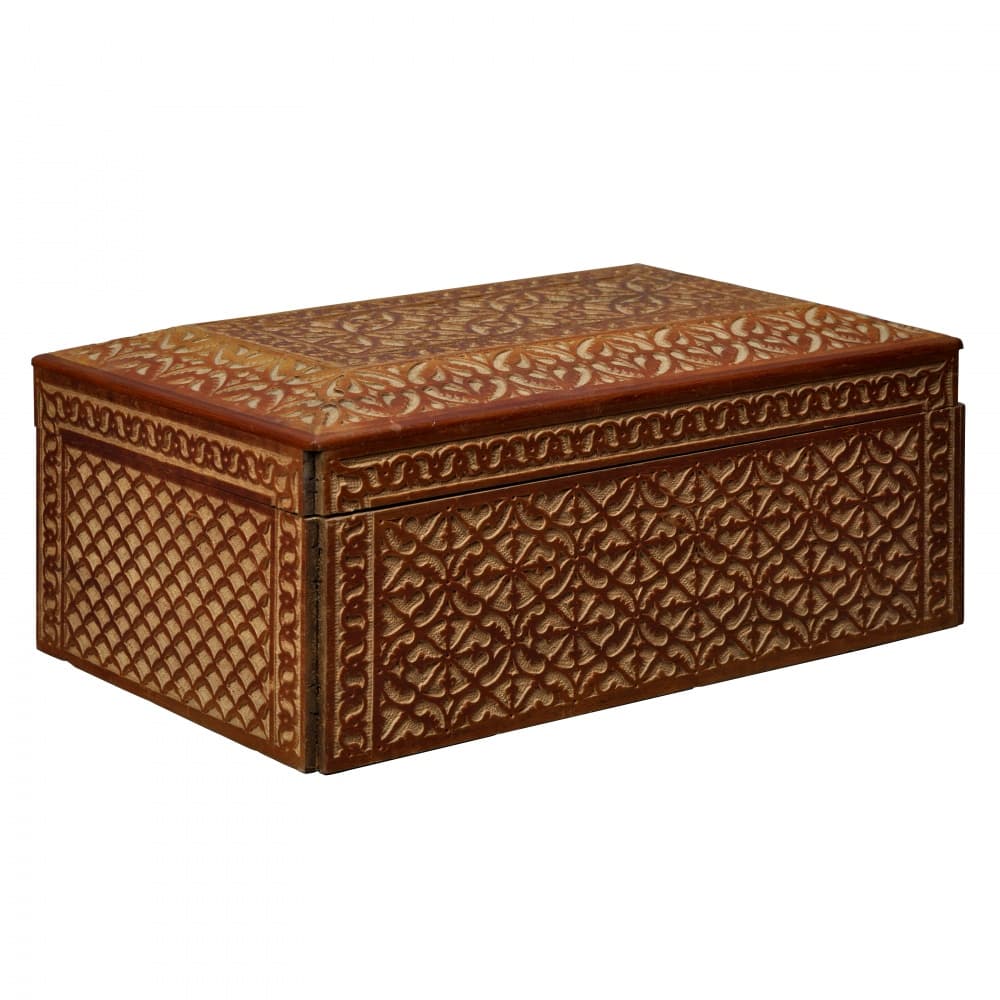 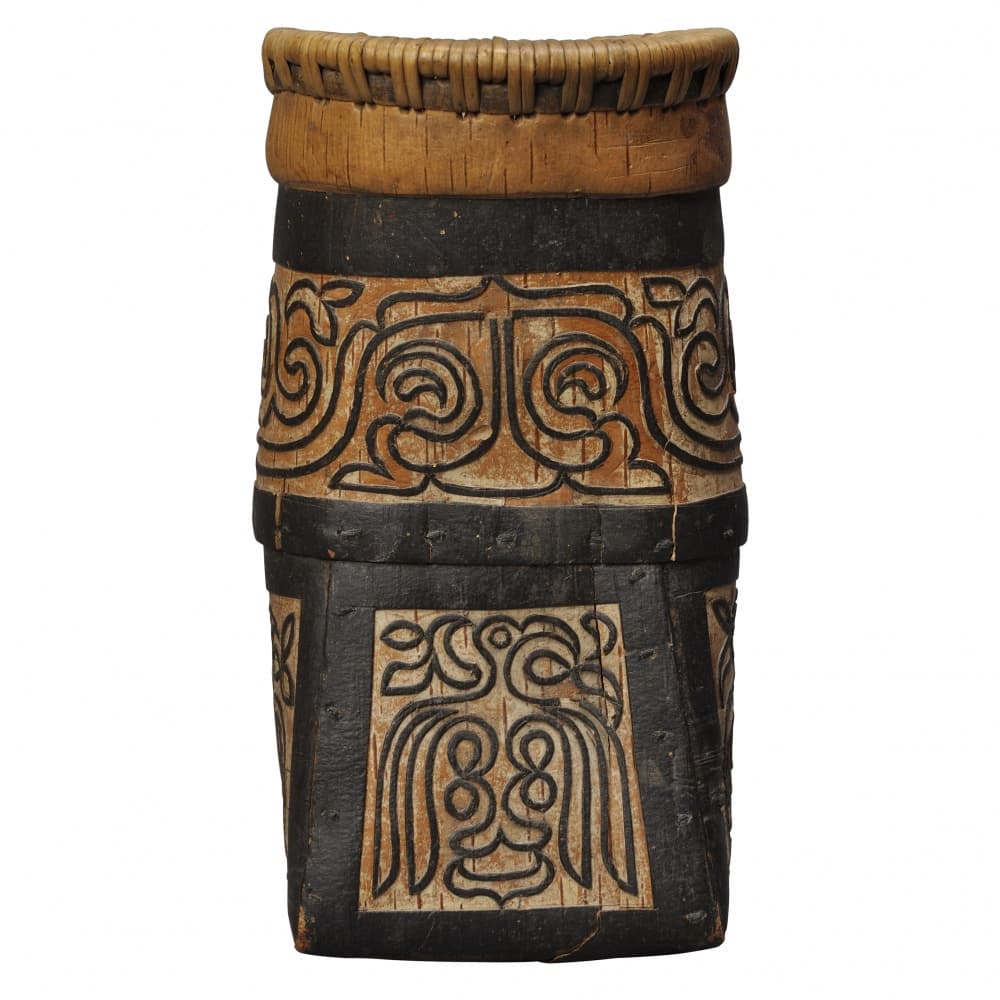 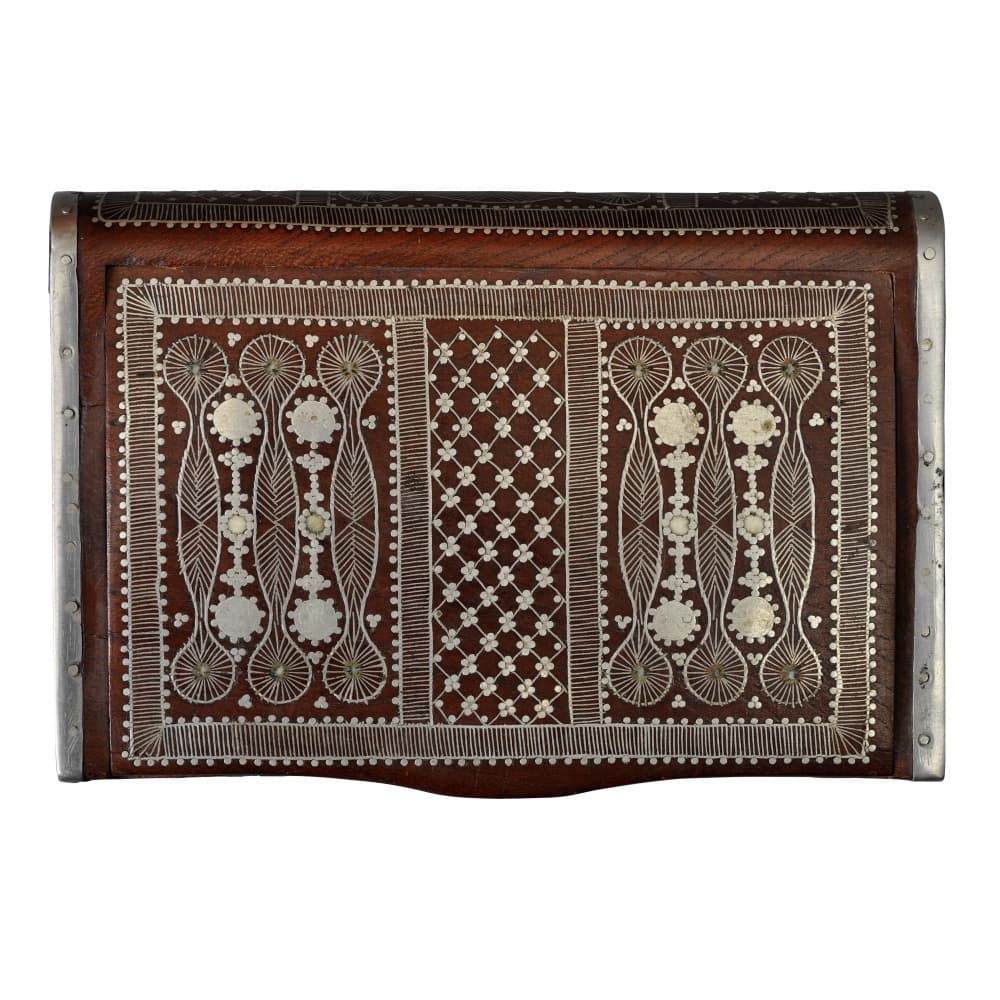 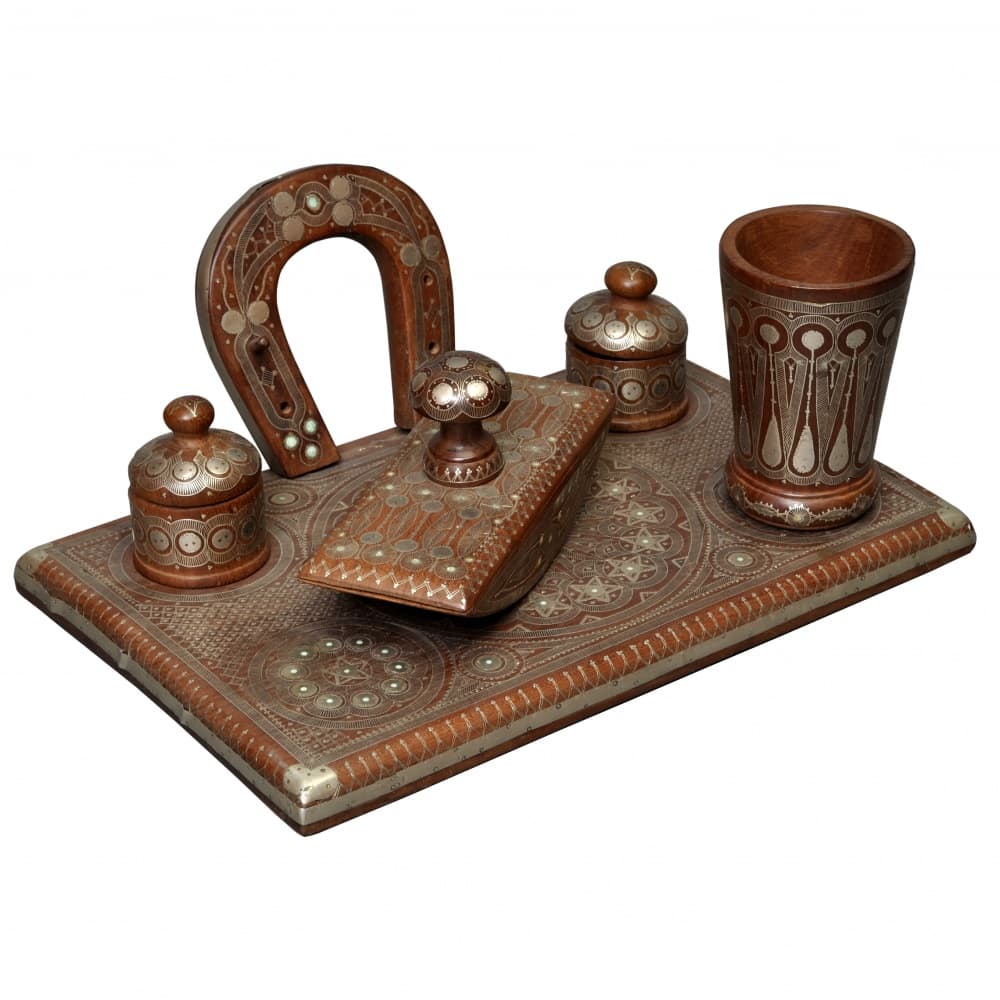 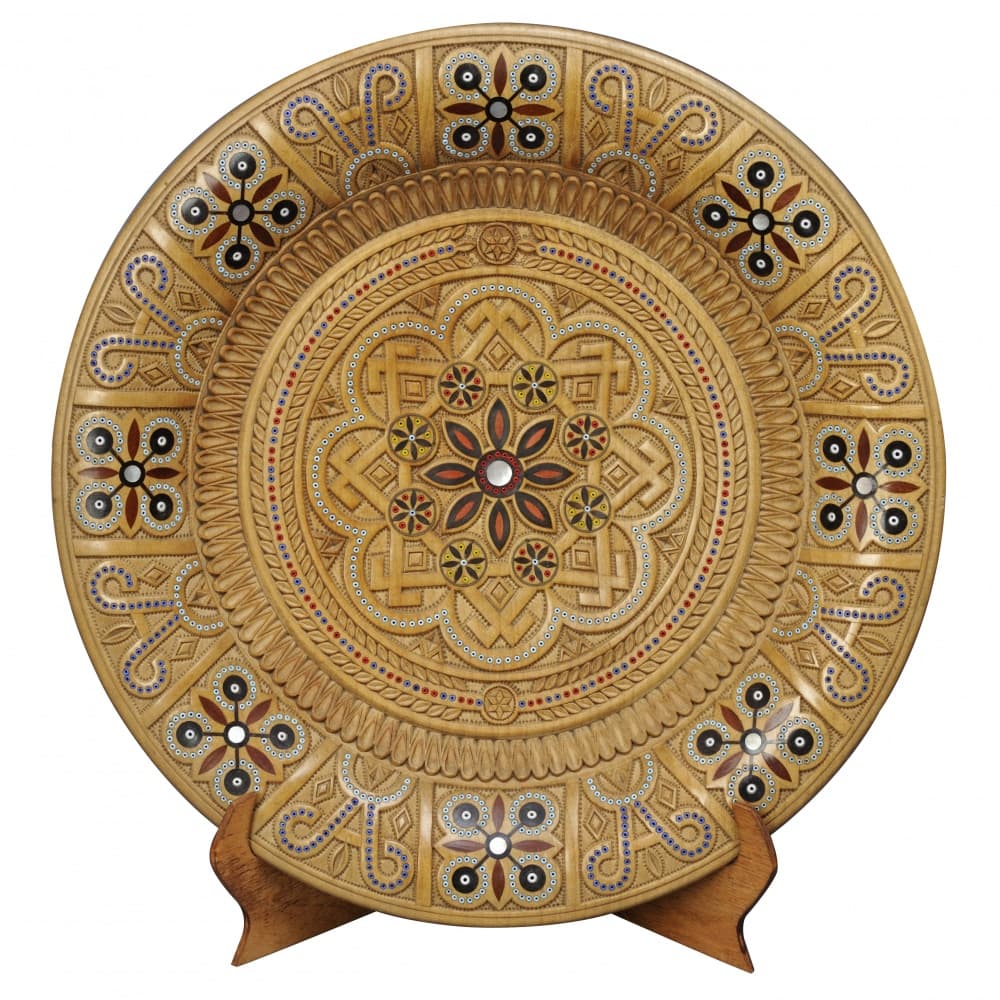 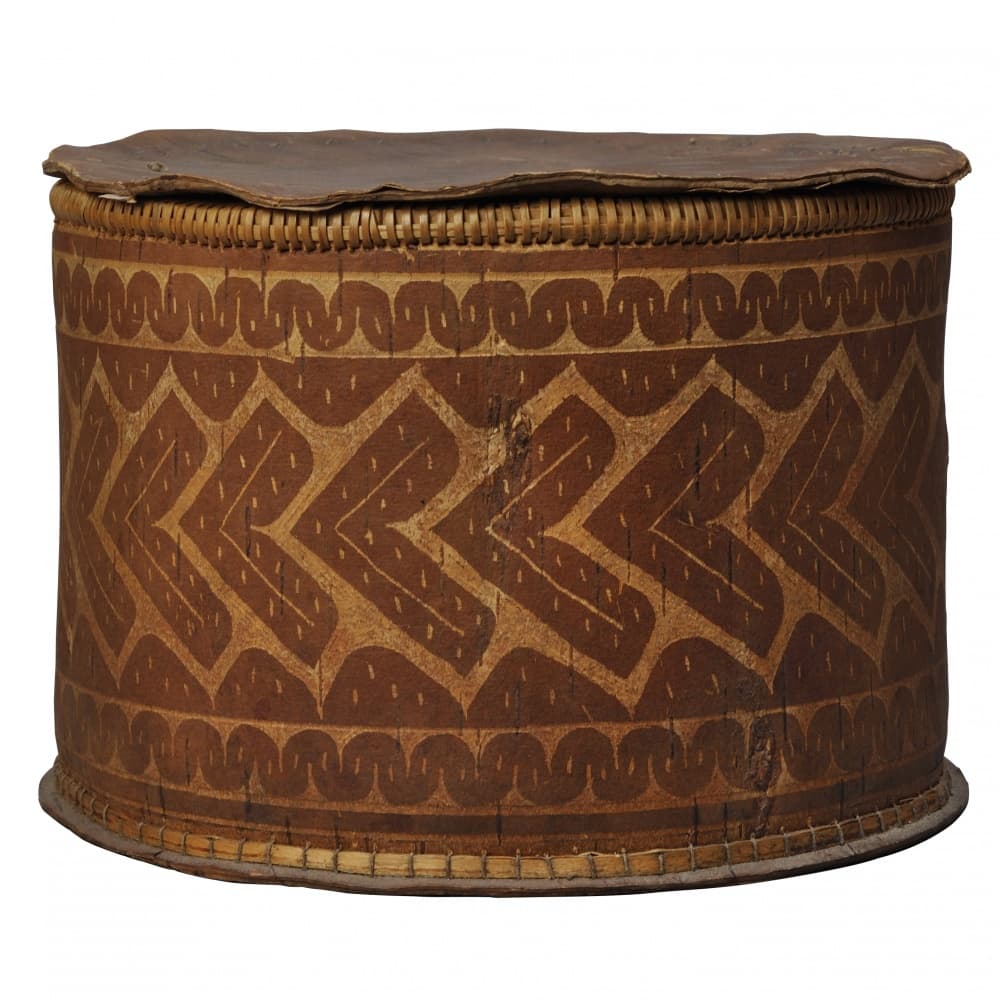 BOWL WITH A LID 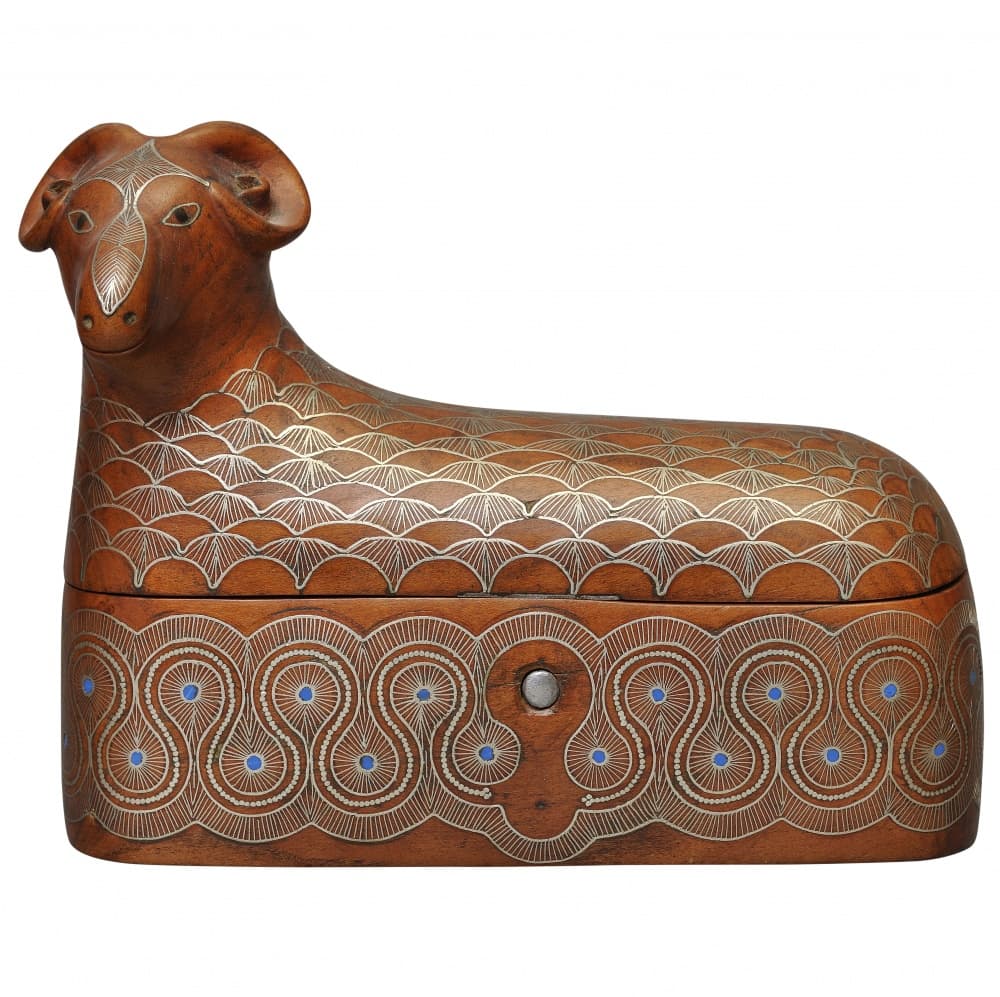 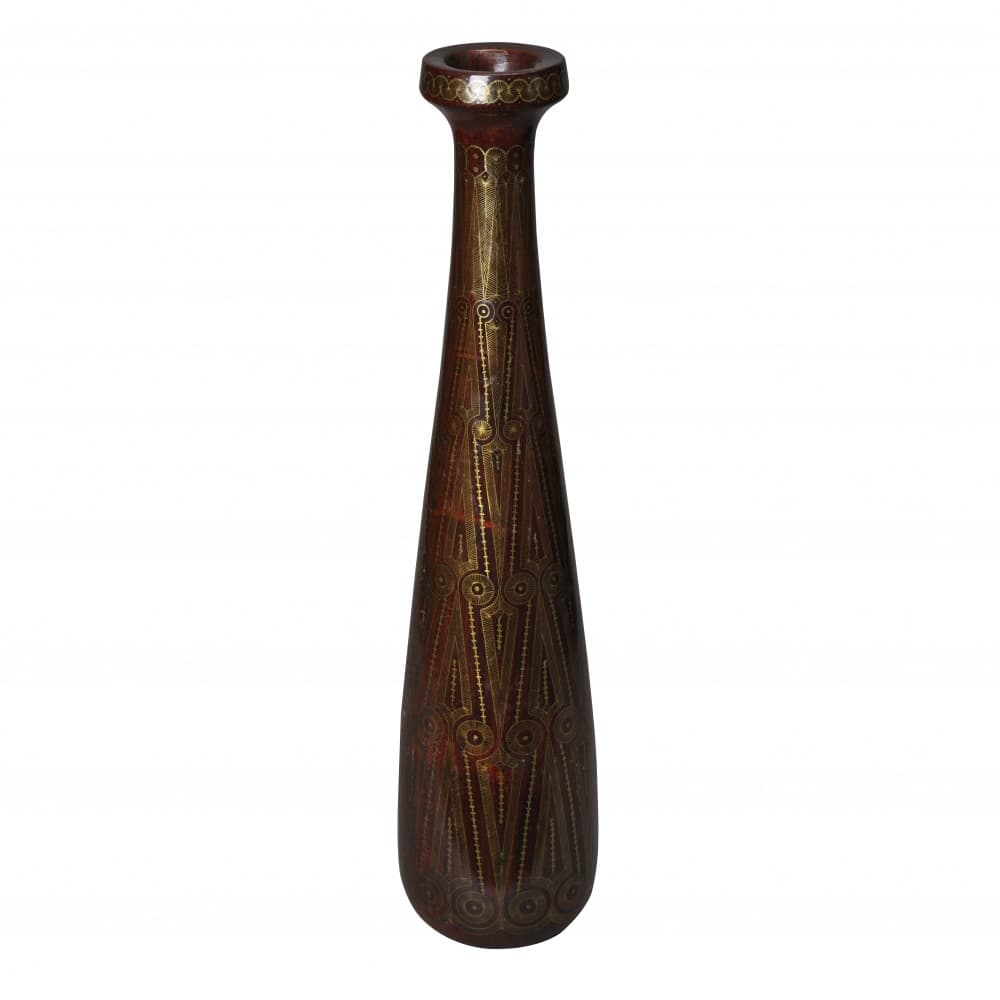 VASE
Feedback
Thanks! We have received your request and will contact you as soon as possible