The Soviet porcelain collection is one of the most extensive and significant in the ceramics collection of the All-Russian Decorative Art Museum. It has been forming for more than 30 years and numbers about 4,000 items. The collection includes works by leading artists and sculptors of porcelain factories not only of the European Central Russia, but also of the Urals and the Far East. The collection covers the period from 1917 to the early 2000s.
Most of the works are copyright, signed, performed in single copies. The collection also includes the products, decorated by mechanical means (stencil, airbrush, seal, decal) with propaganda decor. At one time they were produced in large quantities as mass consumption production and had no great artistic value. Today, these Soviet porcelain pieces are as valuable as hand-painted ones in terms of their historical and artistic value and are a valuable part of a museum's collection.

The 1920s and 1930s was the period of the most active creative search for professional artists, porcelain artists of the post-revolutionary time and the emergence of new artistic ideas in the applied art.

Along with the well-known creations, which have become paradigmatic works of artists of the State porcelain factory (the former Imperial, since 1924 - the Leningrad porcelain factory named after MV Lomonosov), such as: S.V. Chekhonin, N.Y. Danko, A.V.Schekatikhina-Pototskaya, M.M.Adamovich, R.F.Wilde, Z.V.Kobyletskaya and many others, the collection contains rare works, many of which are not represented in the collections of other museums. For example, a large decorative plate "May 1st" painted after a drawing by Z.V. Kobyletskaya, an oval dish "Reaper" made after a sketch by artist M.I. Ivashintseva and plates by A.A. Gromov, painted "on Lenin's death". Unique items include a complete set for two with a painting by the artist M.V. Lebedeva "Expulsion from Paradise", other museum and private collections have only individual items from this set.

The collection of artistic porcelain of the first post-revolutionary decades is not limited only to the works of the State porcelain factory (later Leningrad). It presents the products of the Dulevsky, Dmitrovsky porcelain factories, as well as a group of enterprises, which were part of the "Novgubfarfor" (before the revolution - in the Partnership of M. S. Kuznetsova) and brightly manifested itself in the 1920s such plants as: "Proletarian", "Red porcelain" and "Comintern". Creative activity of artists, who worked in the Leningrad, Dulevsky and Dmitrovsky porcelain factories, especially intensified when in the 1930s, art laboratories were created, headed by talented artists N.M. Suetin, P.V. Leonov and E.P. Smirnov.

A valuable part of the museum's collection of propaganda and decorative art porcelain of the 1920s-1930s are private collections of famous artists L. O. Utesov, M. V. Mironova and A. S. Menaker, which were received by the museum in the 1980s.

During the late 1930 - 1950s, the ideological orientation of the artistic design of decorative art objects intensified. The collection includes objects with the Soviet symbolism and stories of the labor achievements of the Soviet people, as well as the war theme, All-Russia Exhibition Centre, literary and theatrical heroes. Solemn vases vividly reflect the spirit of this era.

The post-war period in the collection of the All-Russian Decorative Art Museum is represented by the best works of artistic porcelain in 1950s - 1980s, reflecting the most striking moments in the history of Soviet decorative-applied art.

"Thaw" era of the turn of 1950s - 1960s gave a powerful impulse for the active development of new ideas in all spheres of culture and art of the next decades. Artists in their work sought to experiment with the material, turning to the ancient technology and used new techniques and images in ceramic production.

In the 1960s, the porcelain factories were actively experimenting to improve the quality of porcelain, to create new ceramic masses. It was during this time the Leningrad porcelain factory developed a new bone porcelain production technology, the quality of which is not inferior to the classic English samples. At the Dulevo porcelain factory, the largest porcelain enterprise of the European part of the country, carried out intensive work on the creation of high-quality domestic ceramic paints for the mass production of artistic porcelain, highly artistic methods of technical decorating of products were introduced into production.

On the basis of innovative technological developments, artists created new samples of household products, which corresponded to the tastes and demands of the time.

Along with the design engineering of consumer goods, in the field of artistic ceramics there was a new type of decorative-applied art - "author's". Artists of porcelain works expressed their attitude towards the current events and the general problems of the world around them.

The author's porcelain exhibit of the 1960s and 1990s is one of the largest in terms of the number in the Museum's Ceramics Department. It includes author's works of the leading porcelain artists and industrial porcelain; these products were also created according to the artists' sketches.

The Leningrad Porcelain Factory, the Dulevo Factory and the Dmitrovo Factory have developed individual artistic criteria and their products have acquired their own unique style. All of these plants are represented in the collection of the All-Russian Decorative Art Museum by unique artworks created by the leading artists of those years, whose talent contributed to the glory of Soviet decorative-applied art: A.A. Leporskaya, N.P.Slavina, V.M.Gorodetsky, I.S.Olevskaya (Leningrad porcelain factory); A.D.Brzhezitskaya, P.S.Leonov, A.G.Sotnikov, E.I.Gatilova (Dulevsky porcelain factory); B.E.Kalita, S.M.Orlov, Y.P.Smirnov, Y.B.Ganrio (Dmitrovsky porcelain factory). 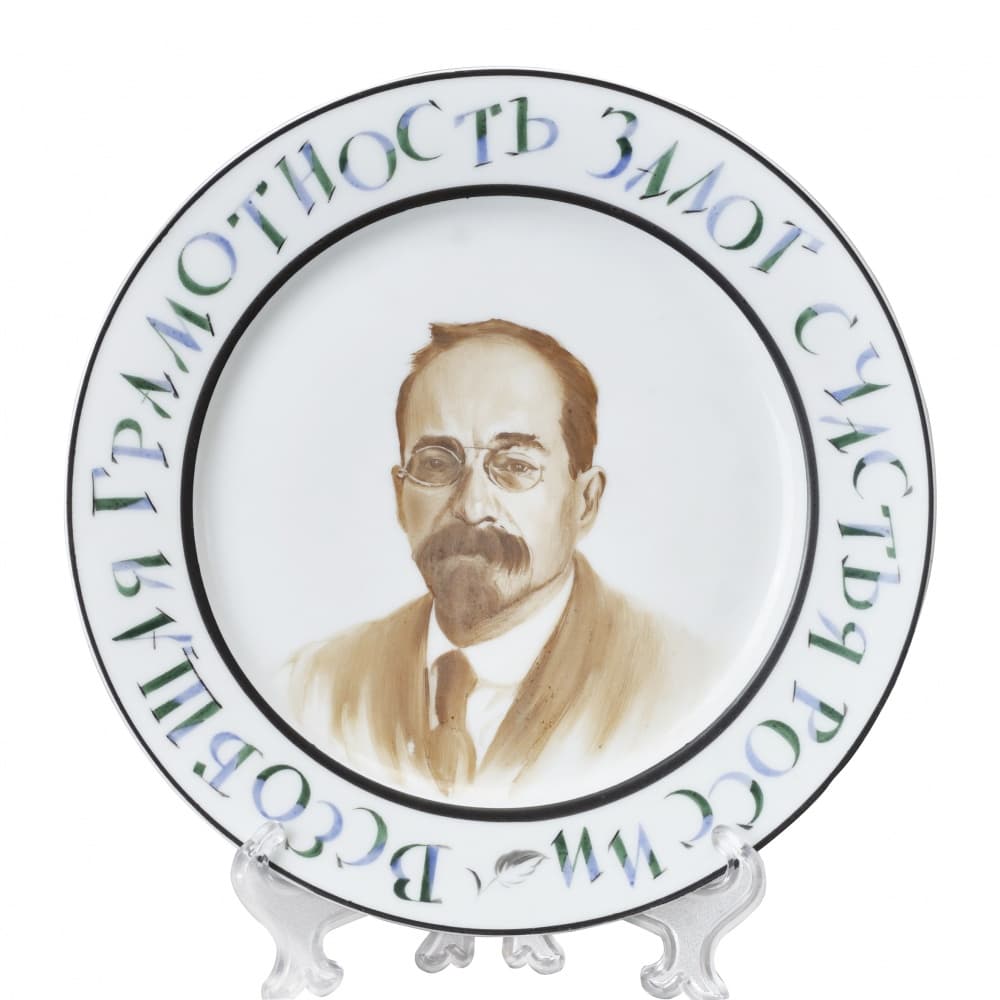 PLATE UNIVERSAL LITERACY IS THE BASIS FOR RUSSIA’S HAPPINESS WITH A PORTRAIT OF А.V. LUNACHARSKY 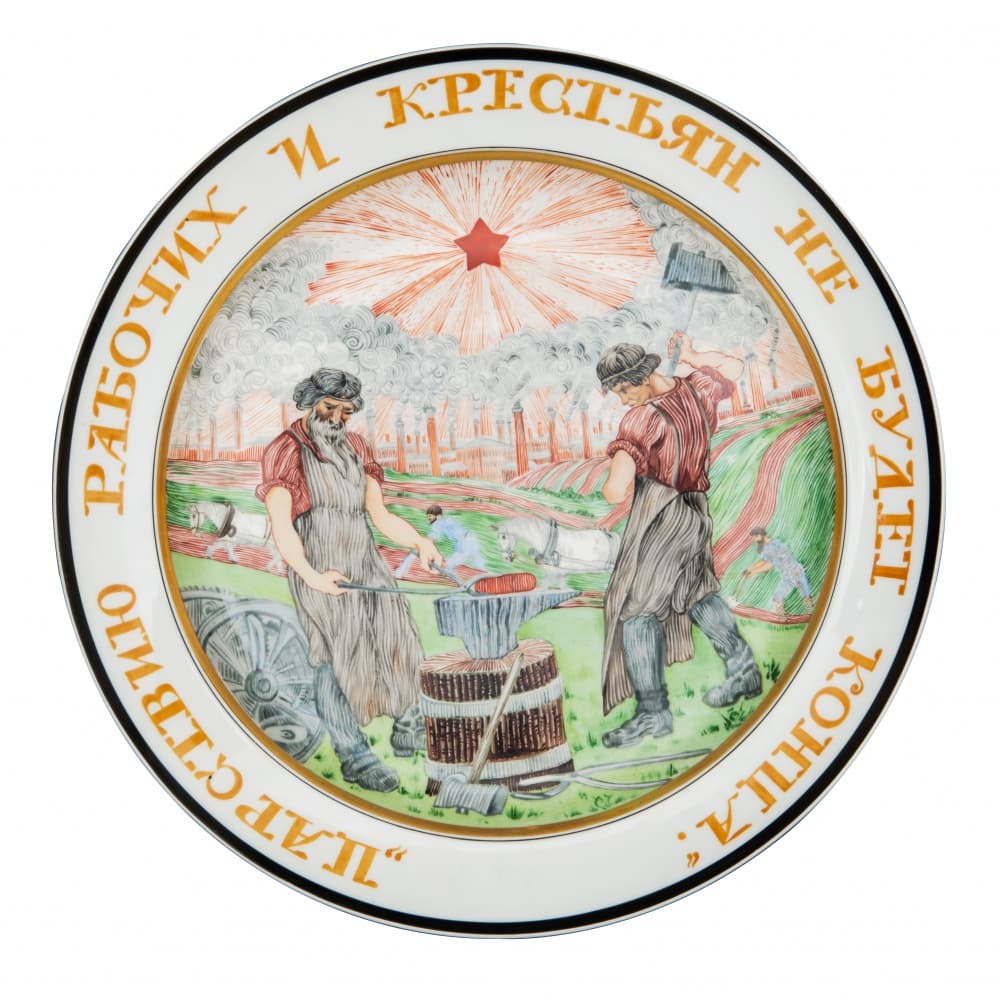 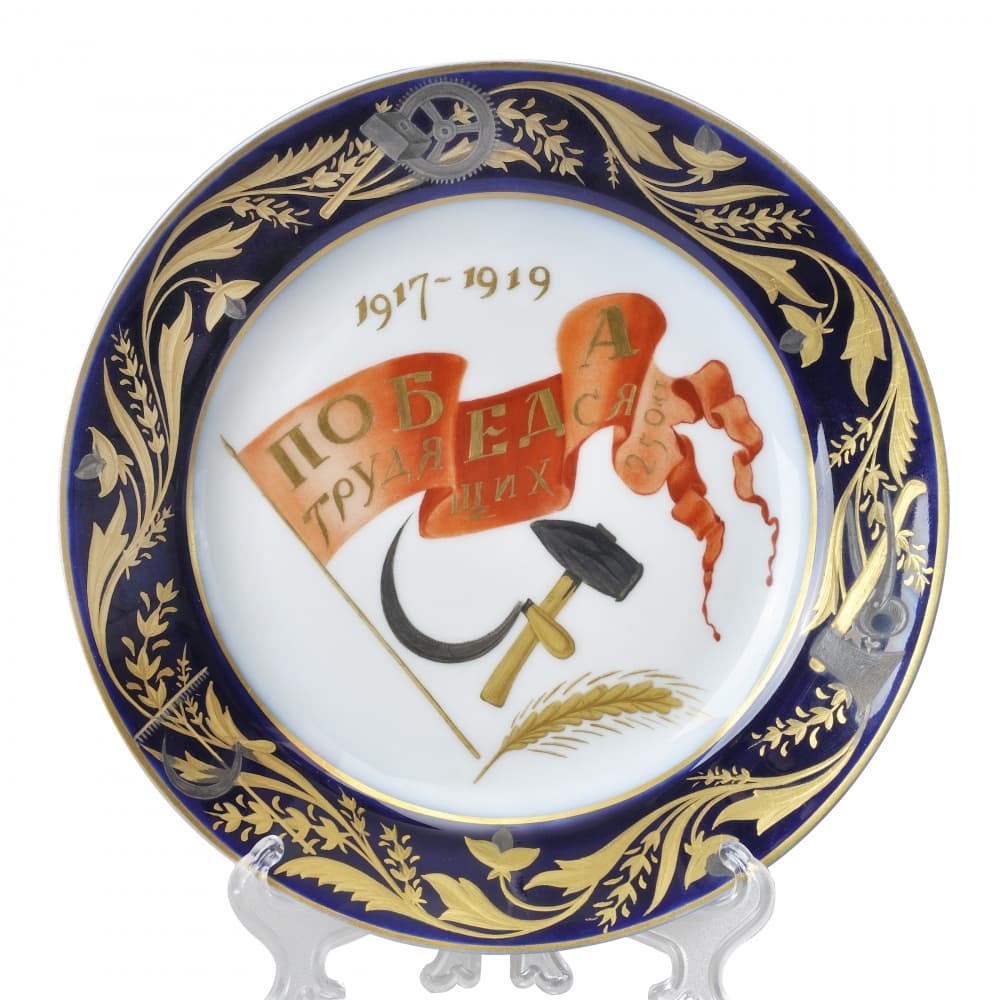 PLATE THE VICTORY OF THE WORKING CLASS 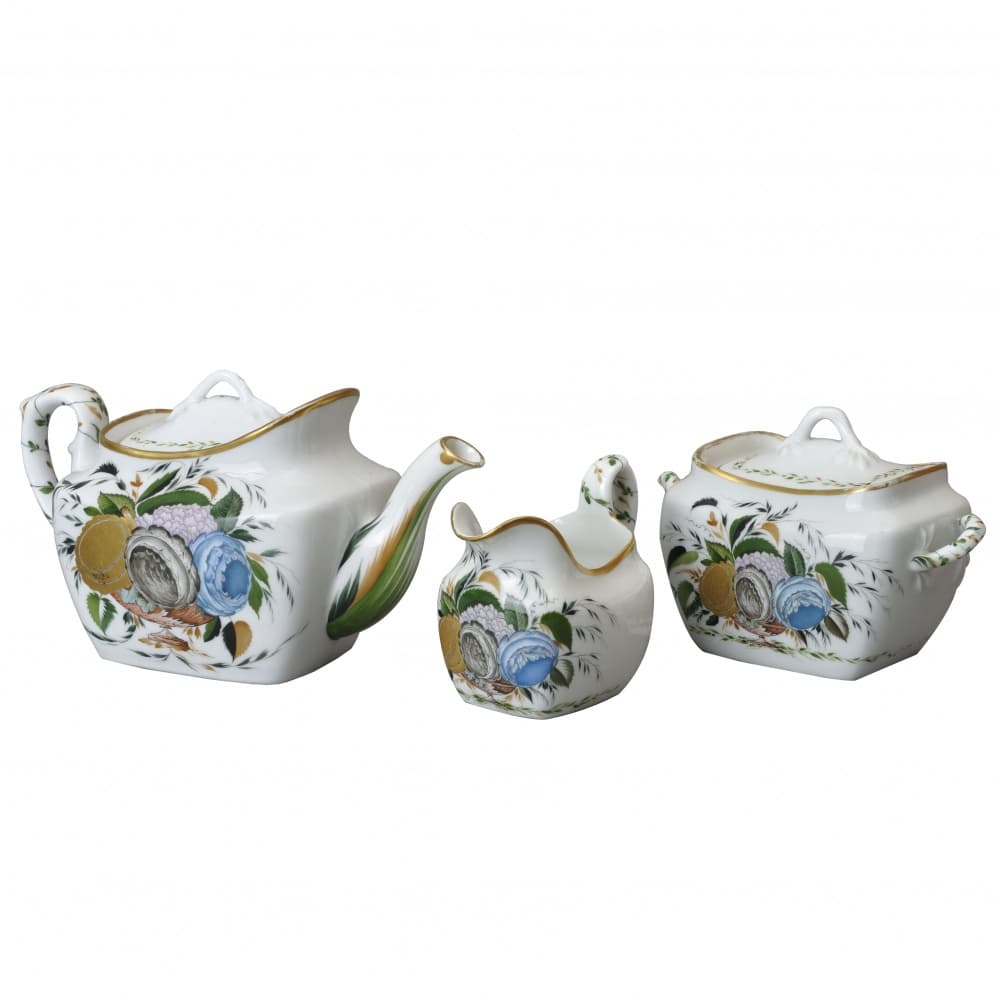 OBJECTS FROM "THE THREE ROSES" SET 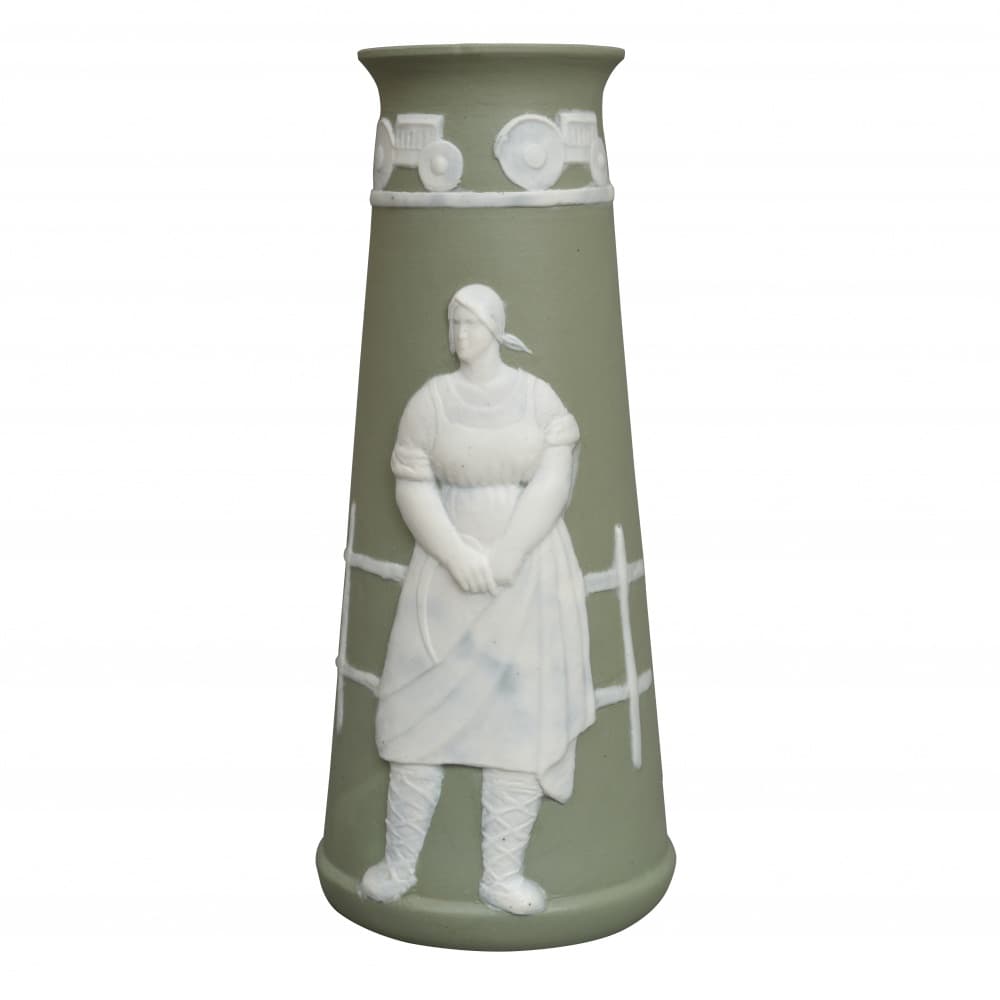 VASE DEPICTING A REAPER AND TRACTORS 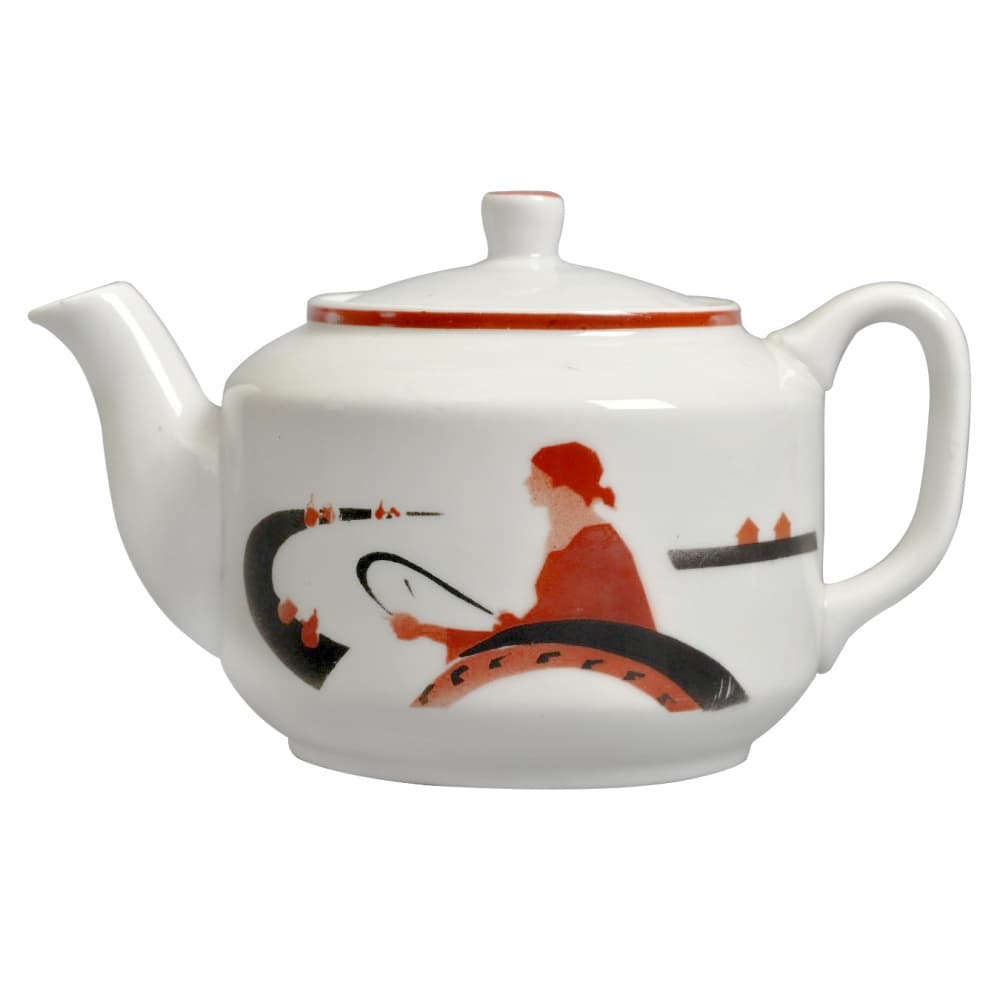 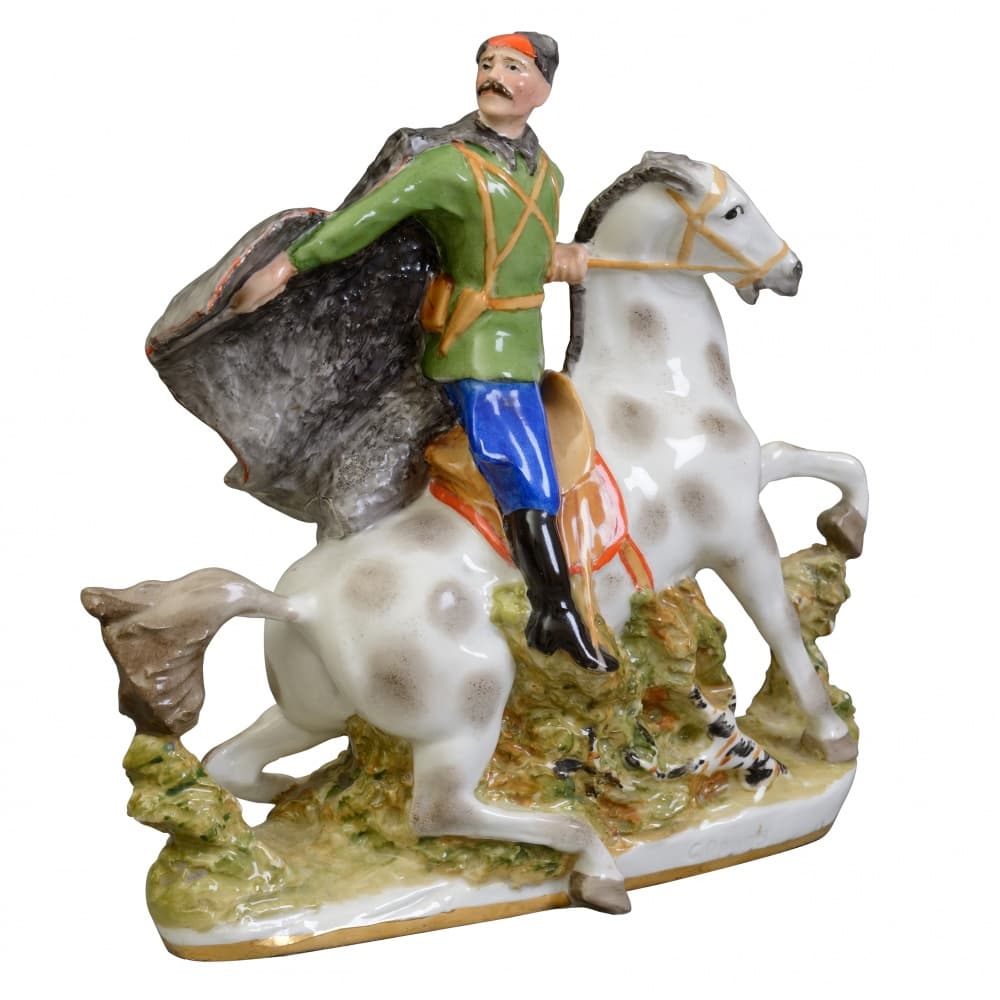 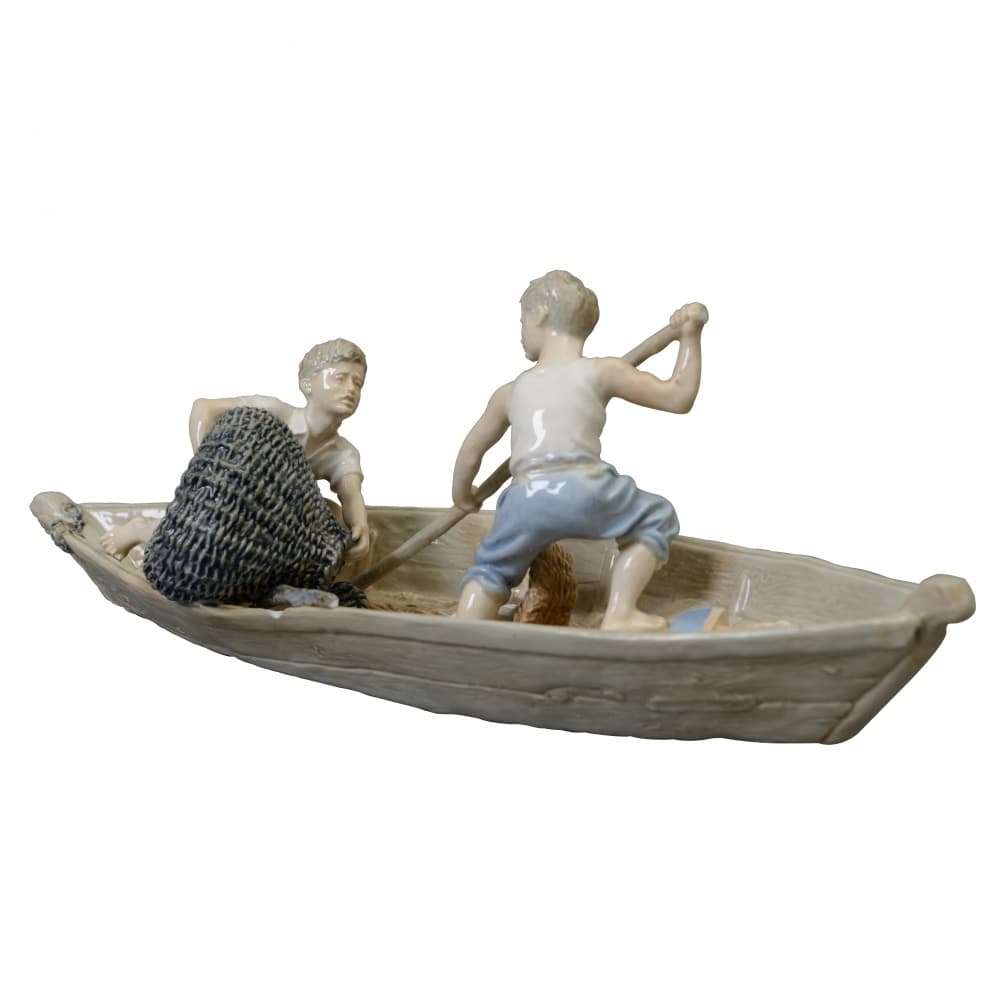 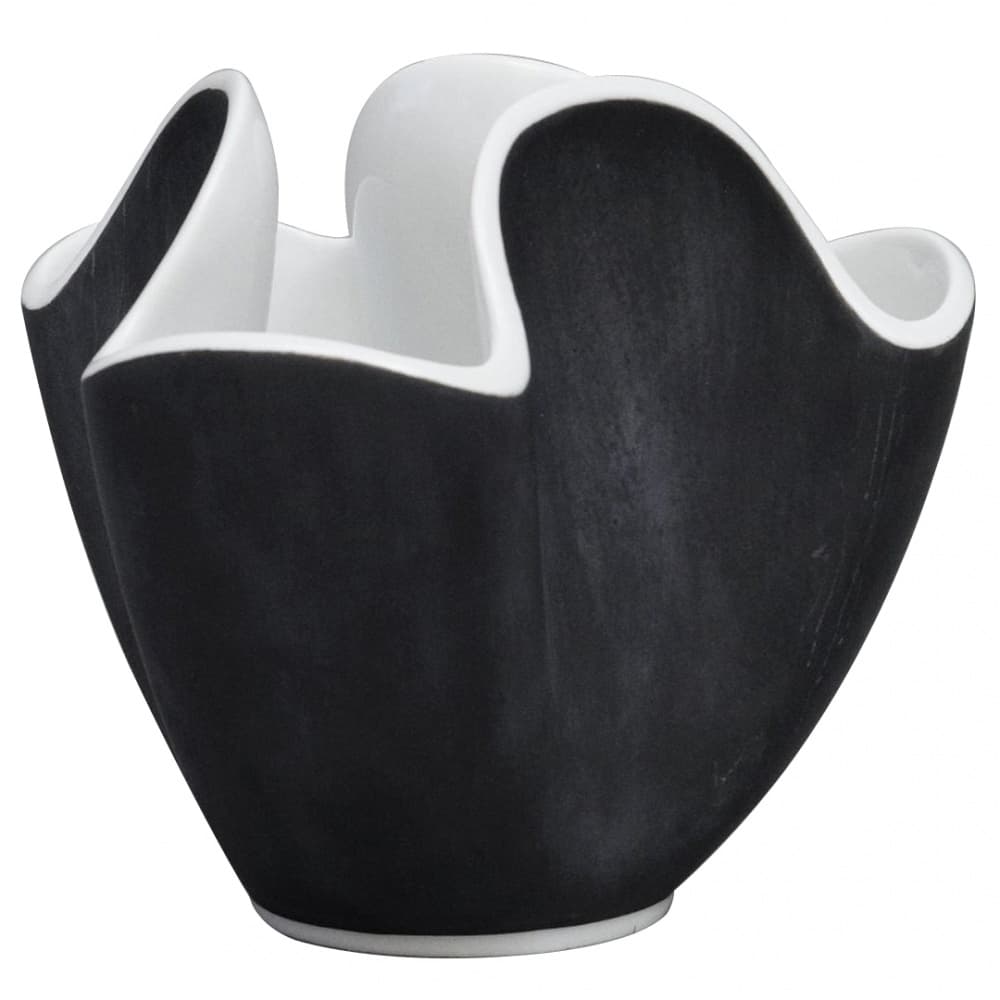 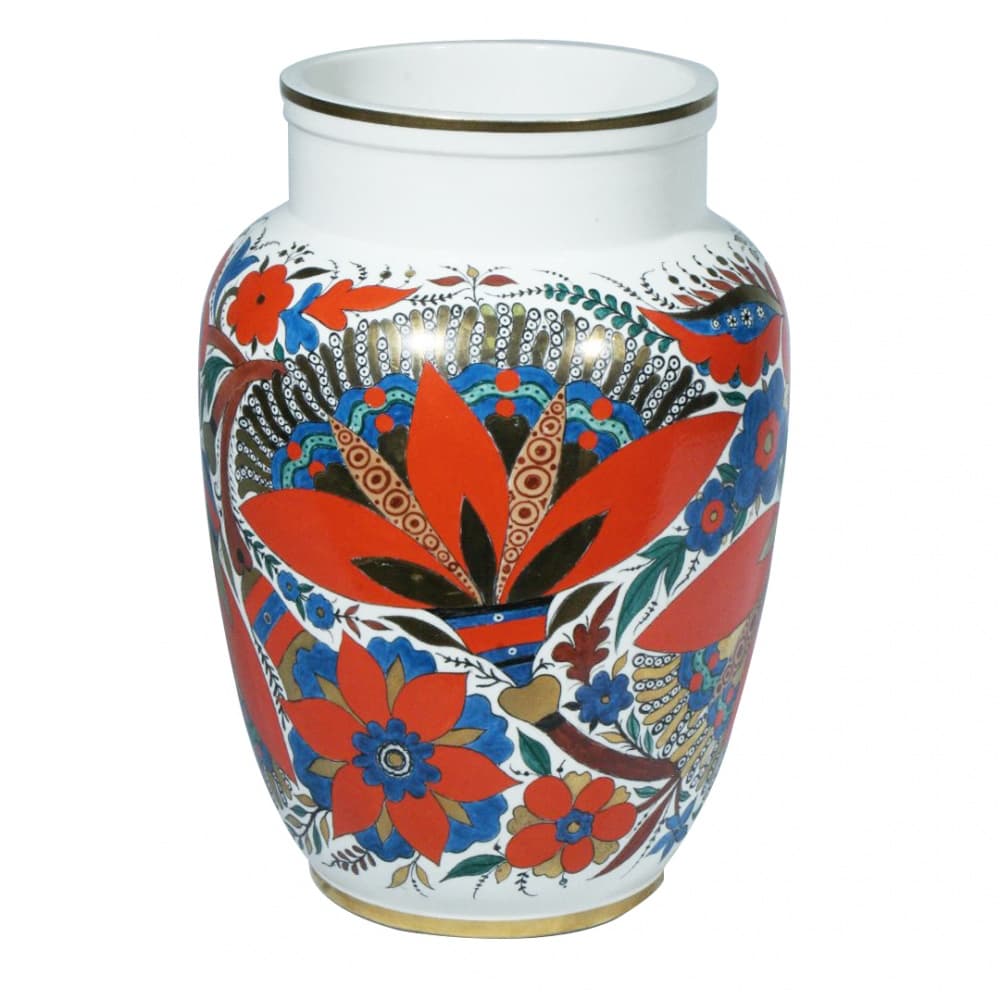 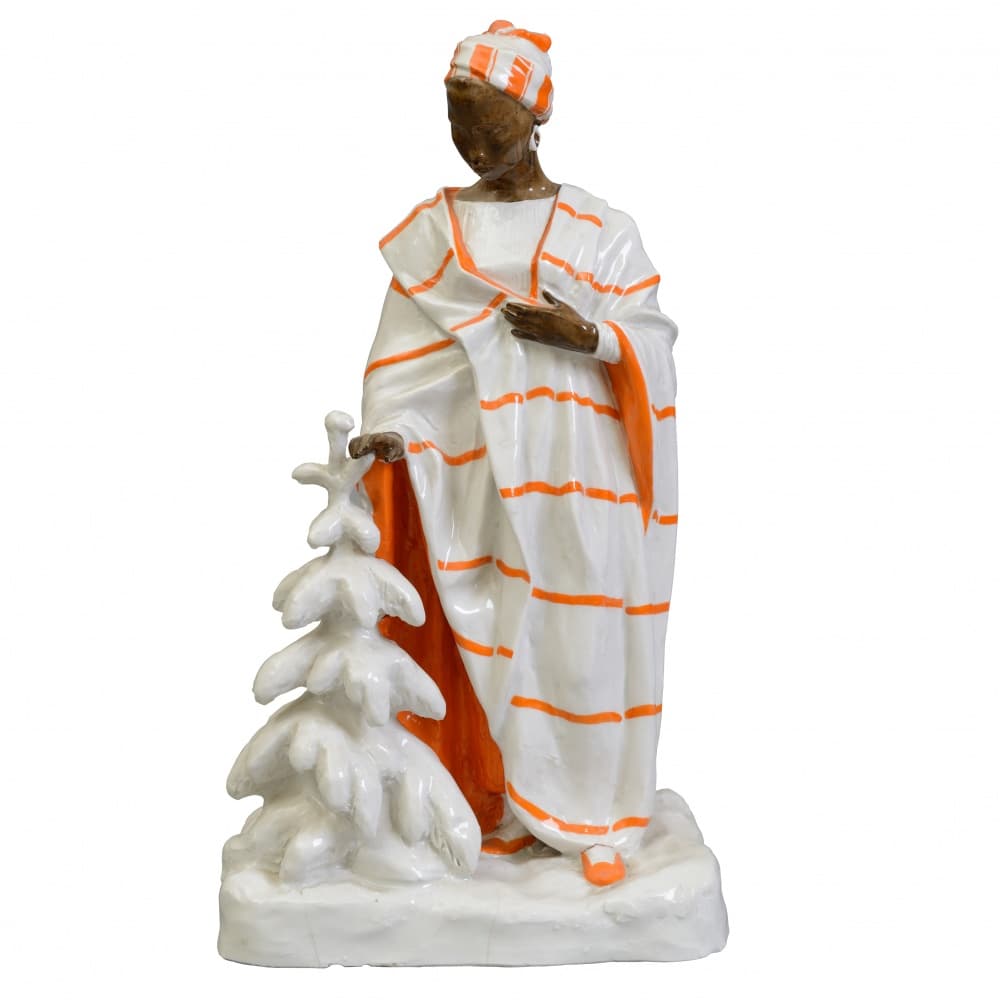 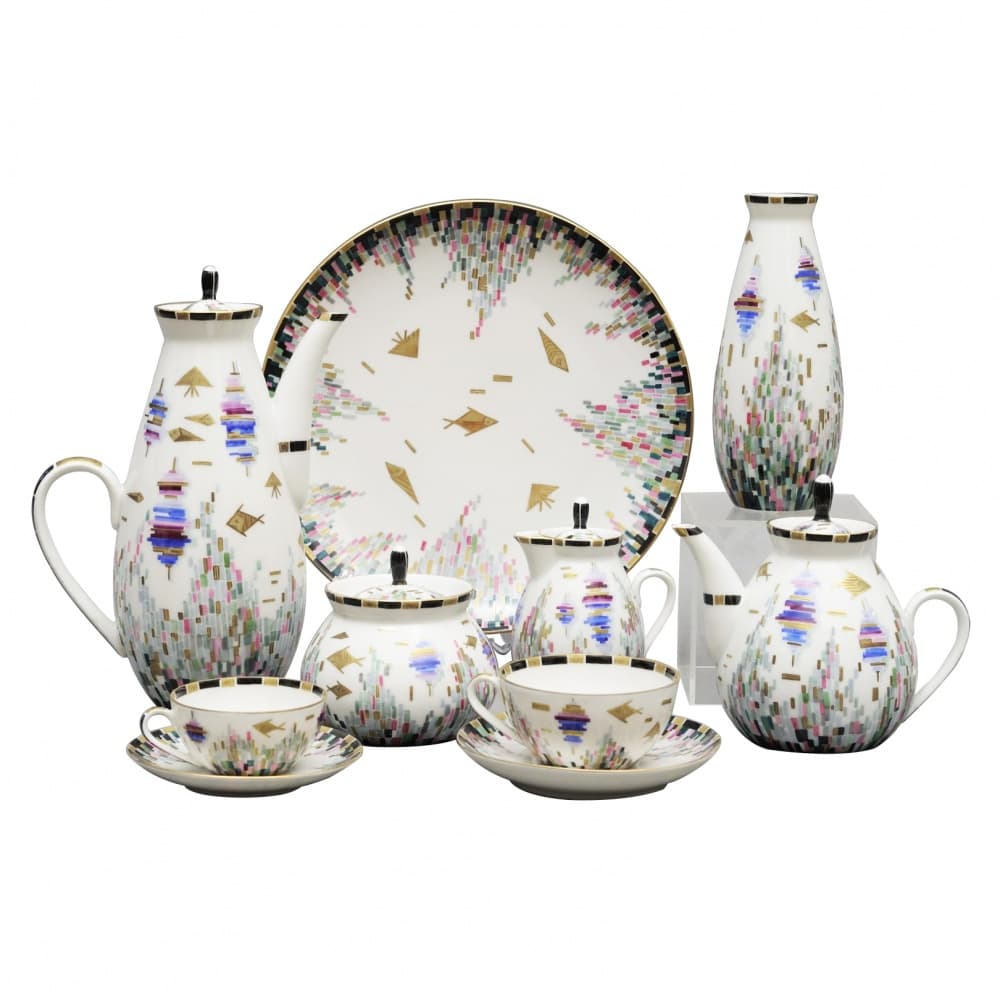 ITEMS FROM THE SERVICE REFLECTION IN THE WATER 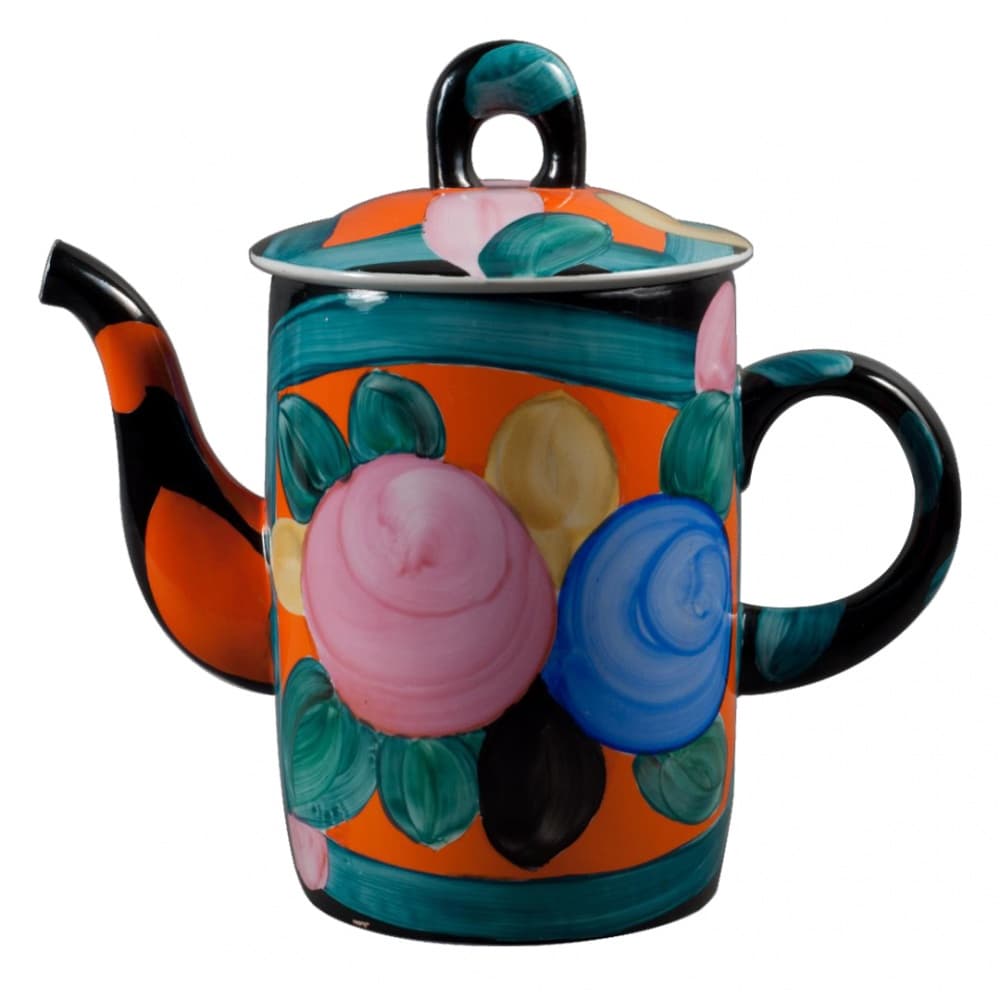 TEAPOT FROM THE "SUZDAL" SET 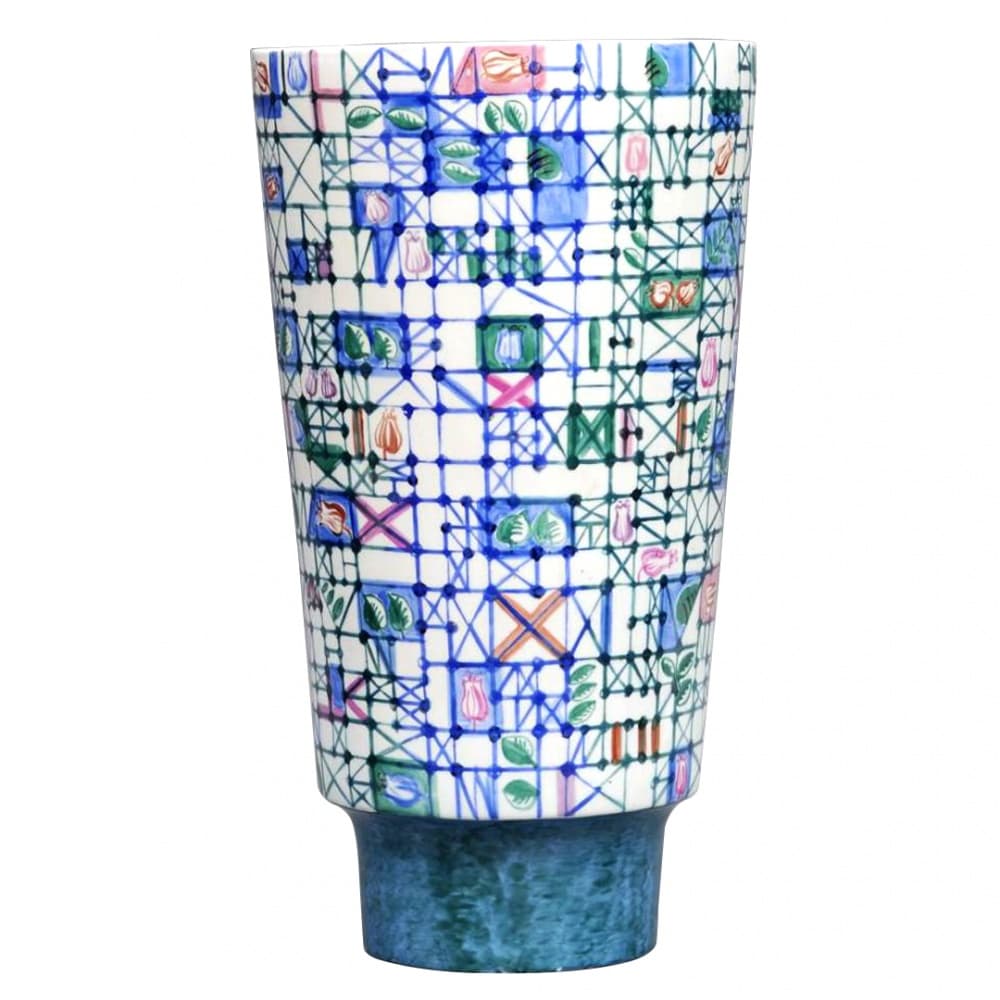 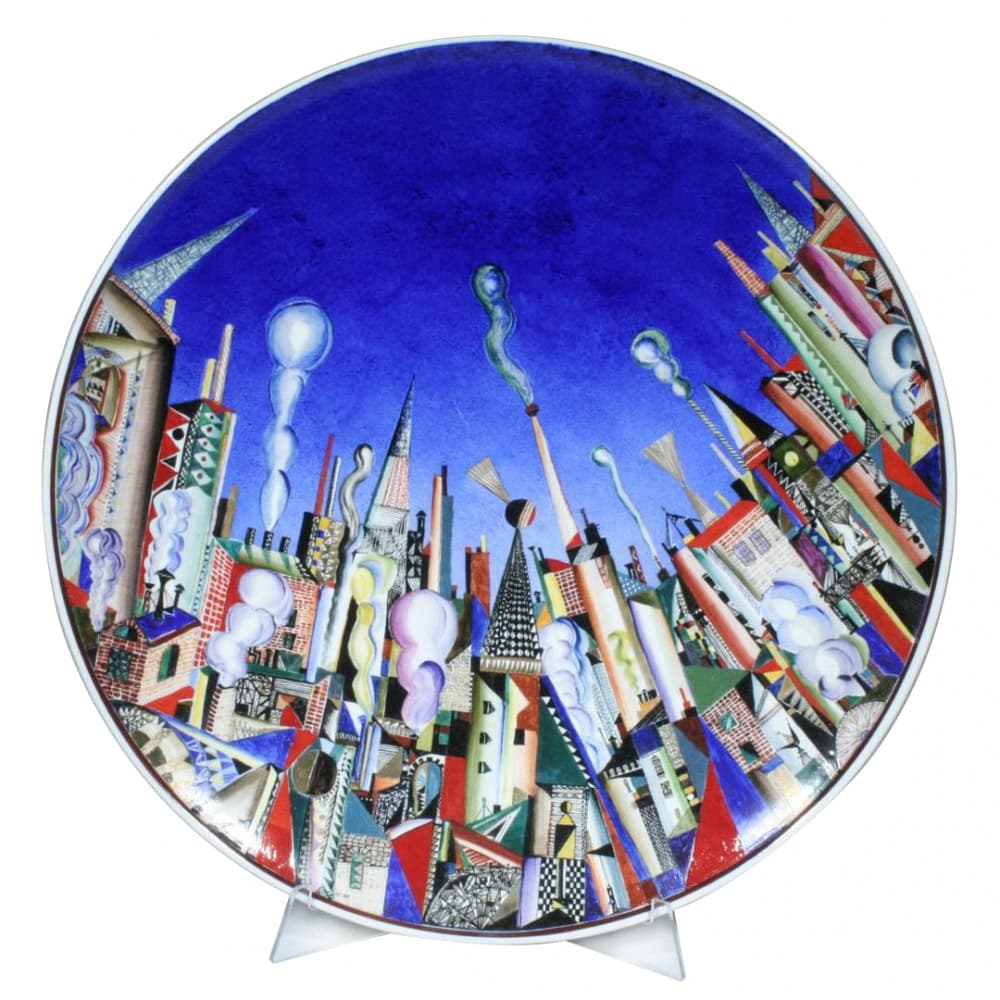 DECORATIVE PLATE "JOY OF LABOR"
Feedback
Thanks! We have received your request and will contact you as soon as possible