ART METAL IN RUSSIA XVII – BEGINNING OF THE XX CENTURY

The art metal collection includes items that differ in material (bronze, cast iron, copper), manufacturing technology, and purpose. The chronological frames of the collection cover the period from the 17th century to the present.


The bronze art section is rather small, but it gives an idea of one of the most wonderful kinds of Russian applied art of the last third of the XVIII century - the early XX century. The collection includes bronze furniture (tables, tables and wall consoles), decorative and fireplace vases, clocks, lighting fixtures (ceiling lamps, lanterns, lamps, wall sconces, table candlesticks and candelabrums). A special sub-section is small interior and sculptural plastic and cabinet items: writing instruments, bells, press - blotters, photo frames. Some pieces of the collection were transferred from the State Historical Museum in 1981, including inkstands and candlesticks of the 19th century. Several items were received by the museum from donors, including two alarm clocks made in the 1890s by the Moser watchmakers and by Pavel Bure firm, received as a gift from G.A. Kubryakov. Most of the items in the collection were purchased by the museum in the 1980s, including a mid-XIX century mantelpiece made of bronze and malachite, consisting of a clock and two candelabrums.

The collection of the metal and stone department includes works of the famous St. Petersburg and Moscow bronze foundries of K.F. Verfel, F.Y. Chopin and A.E. Sokolov. They created a wide range of products with their own artistic style. For cabinet sculpture Russian bronze sculptors used the works of famous Russian sculptors R.I.Bach, R.R.Bach, E.A.Lancere, A.L.Ober, V.Ya.Grachev, whose works are represented in the museum collection.

The collection of copper casting (over 1,300 items) represented by iconic copper plastics and household items (samovars, teapots, trays, handles, bowls, valances, bells, buttons, locks) should be classified as an independent section of the art metal collection. Iconic copper plastic is a traditional Old Believer craft. Crosses, icons and folding icons, which are kept in the Museum, belong to the XVII-XIX centuries and come from copper institutions of Moscow, Vygovskaya hermitage, and Guslitsy.

Christian copper sculpture is notable for the variety of its technological execution. The collection includes icons of the so-called slotted casting, known since pre-Mongol times: The Miracle of St. George Upon the Serpent, Nicholas of Mozhaisk, Saints Boris and Gleb, and the Archangels Michael and Gabriel. Copper-cast images were often adorned with polychrome enamel, which gave the mass production of copper works an artistic individuality. A valuable monument of Old Believer culture that graced the metal collection was an icon board with three embedded copper icons from the second half of the 19th century.

The cast iron items have greatly expanded the notion of "Russian art metal". The museum's collection (about 900 items) includes such cast iron items as garden furniture, cabinet sculptures, tables, eyewear, boxes, candlesticks, vases, plates, ashtrays, inkstands and chess sets. All of them were made at the iron foundries of Kaslya, Kusa, and Saint-Petersburg. The chronological frames of this section of the collection are wide: the earliest work is the paperweight "Mangy Dog" from 1840, and the latest is the sculpture "Ballerina (Odette)" from 2003, modeled by O.P. Taezhnaya-Cheshina.

The cast iron of the 19th century is distinguished by its high quality. The works of famous sculptors: R.I. Bakh, R.R. Bakh, M.D. Kanayev, P.K. Klodt, E.A. Lanceret, N.I. Liberich, A.L. Auber, V.F. Torokin were used in creating the cabinet sculpture. Cast iron of the Soviet period is represented by the names of P.A. Balandin, I.V. Beschastyanov, A.S. Gilev, M.P. Manizer, A.V. Chirkin and others. Alexander Semenovich Gilyov, the leading sculptor of the Kaslino Machine-Building Plant, immortalized Kaslino masters and sculptors by creating twelve portraits-busts, given to the museum in 1985 by Rosizopropaganda (nowadays ROSIZO). Soviet sculptors contributed new subjects and themes related to the history and culture of the Russian nation to the assortment of cast iron works. 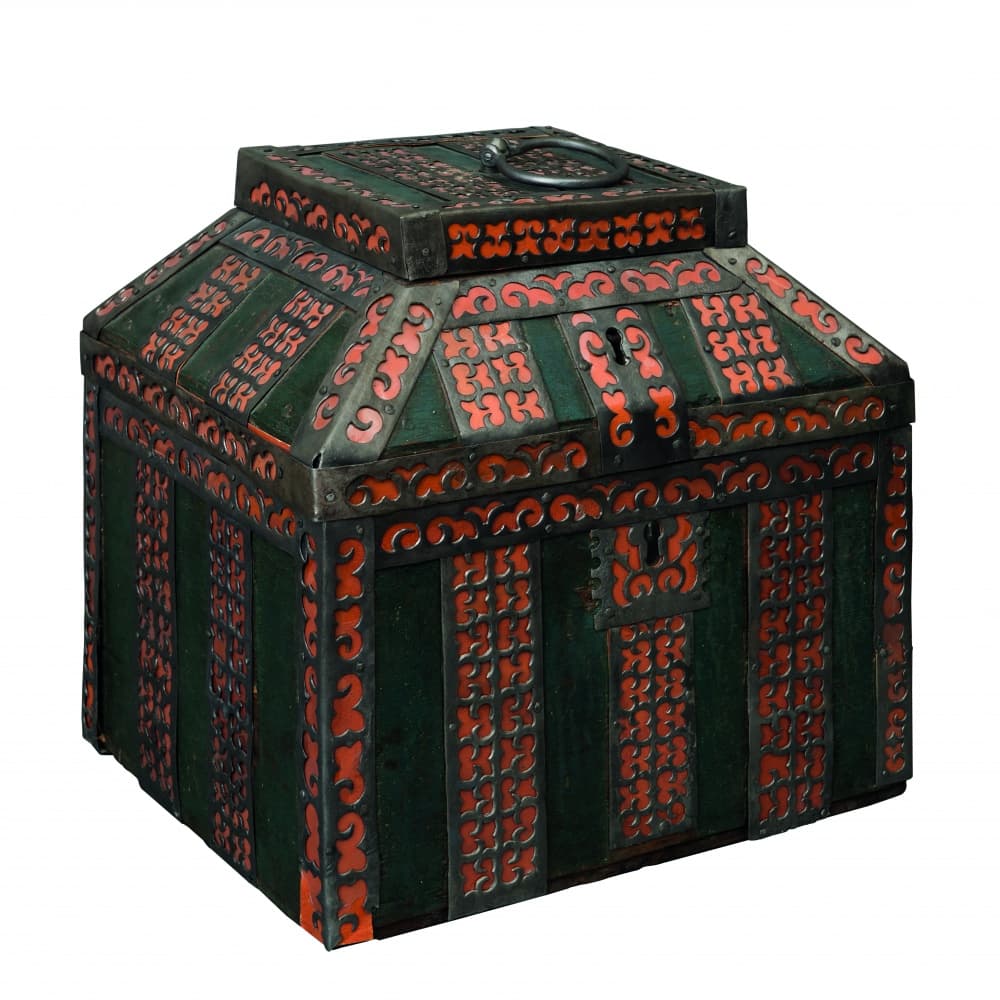 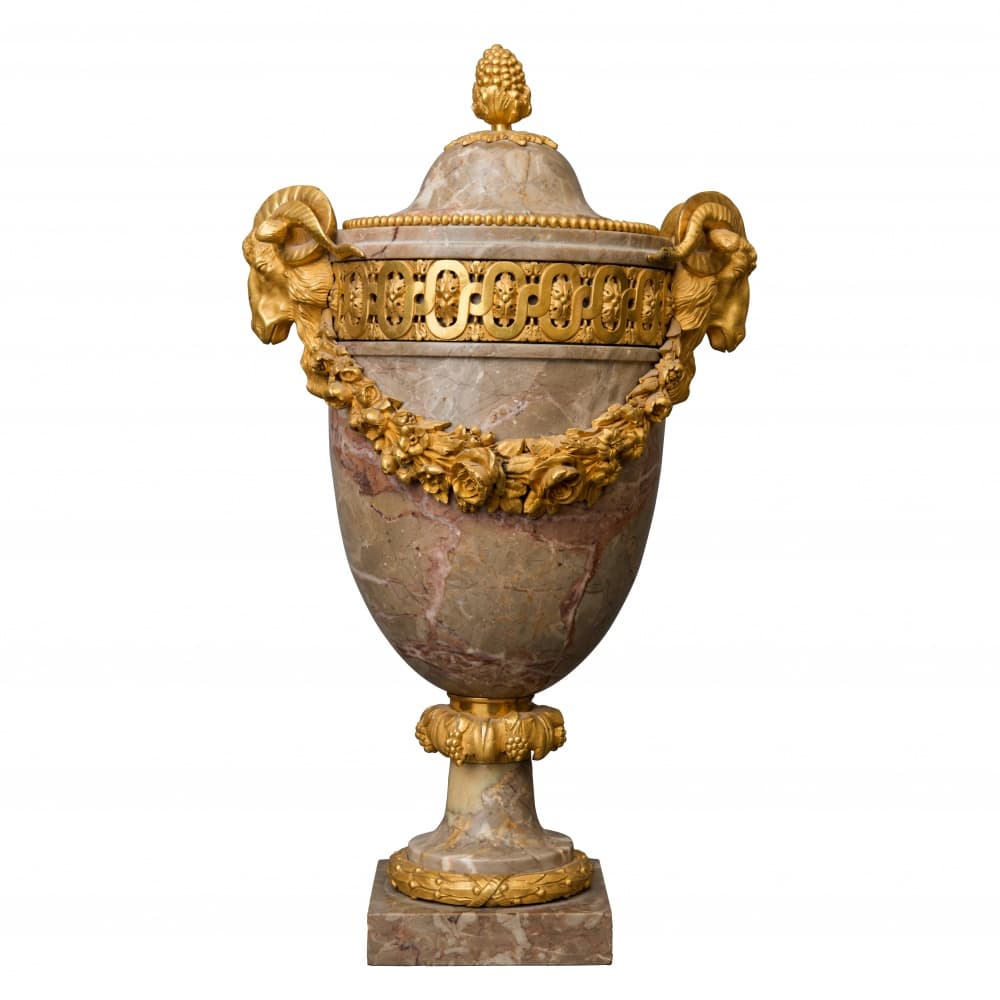 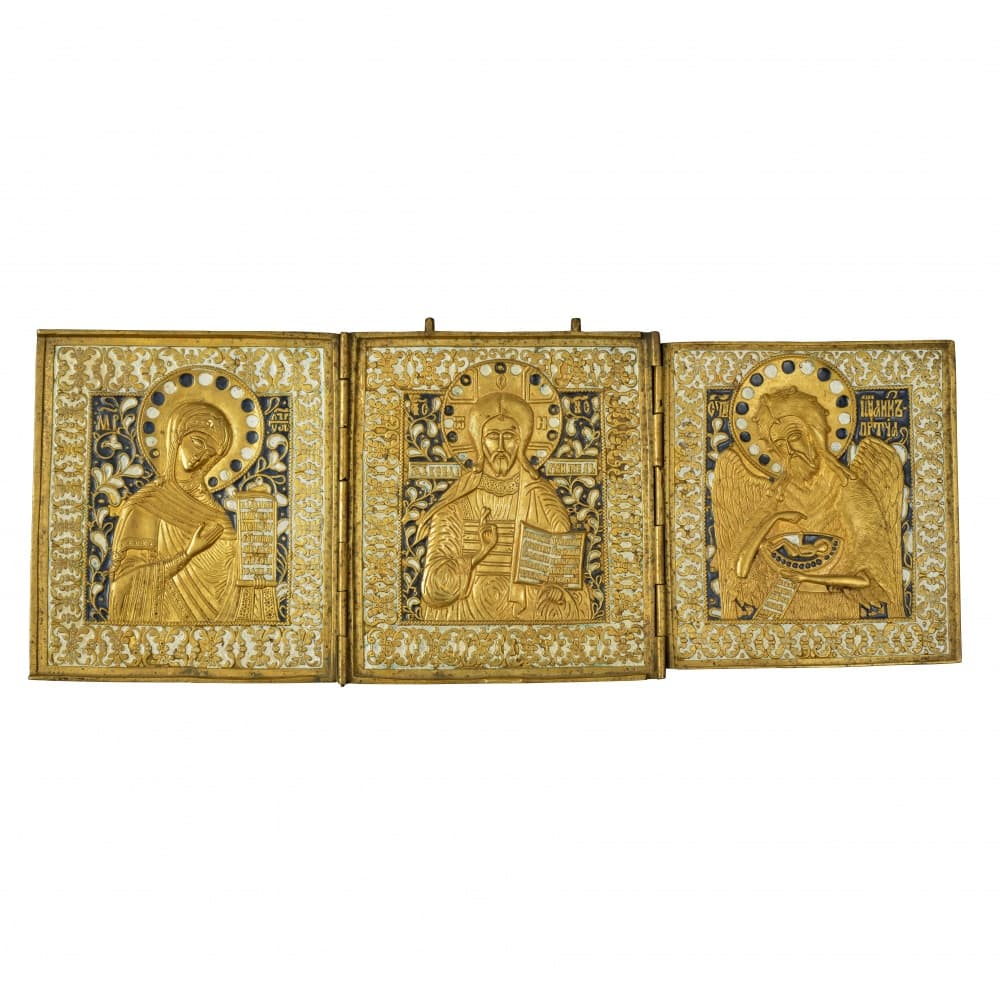 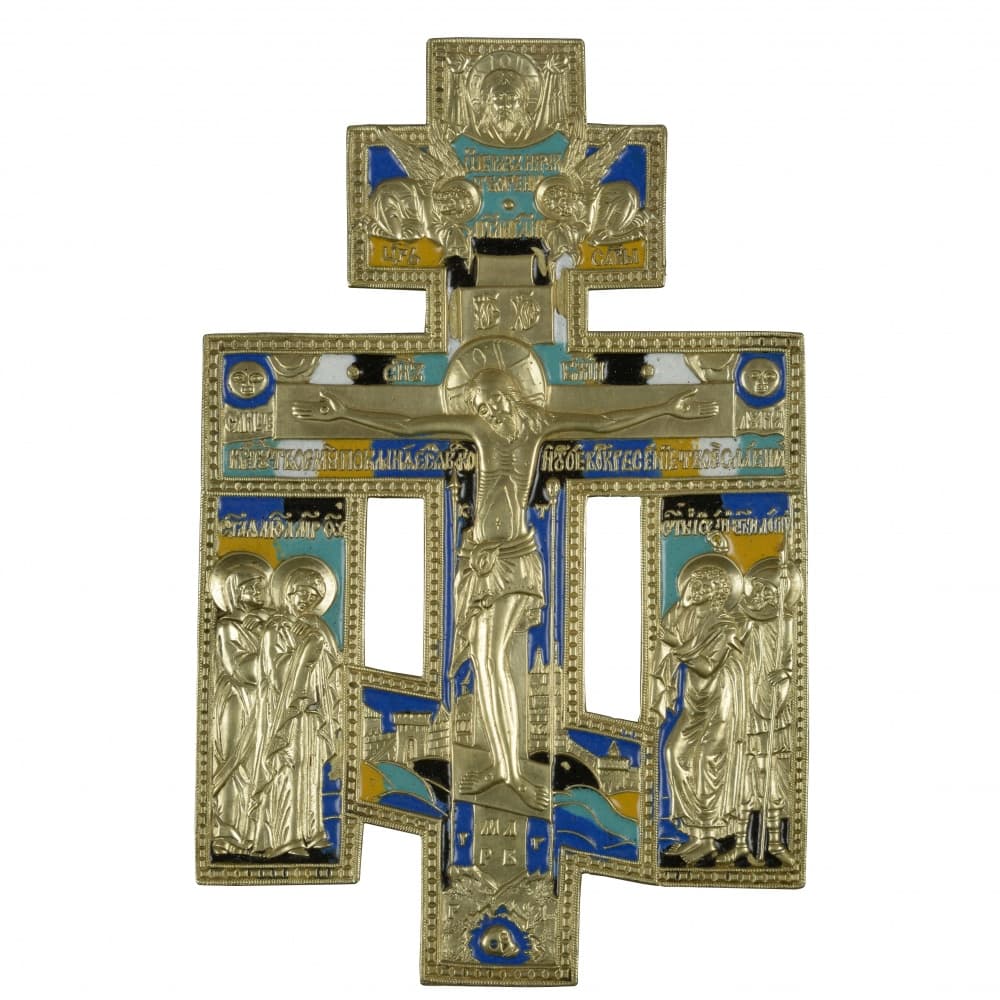 Crucifixion with lay ahead 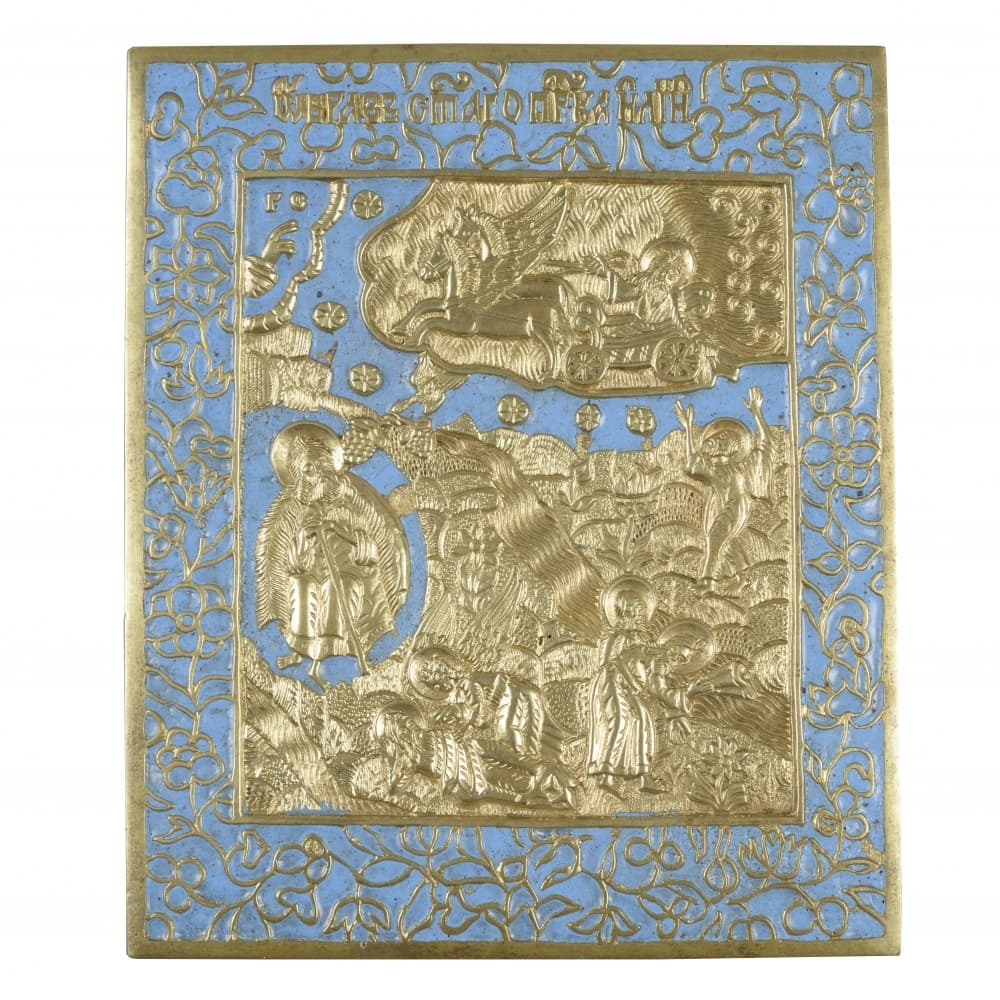 ICON "THE FIERY ASCENT OF THE PROPHET ELIJAH" 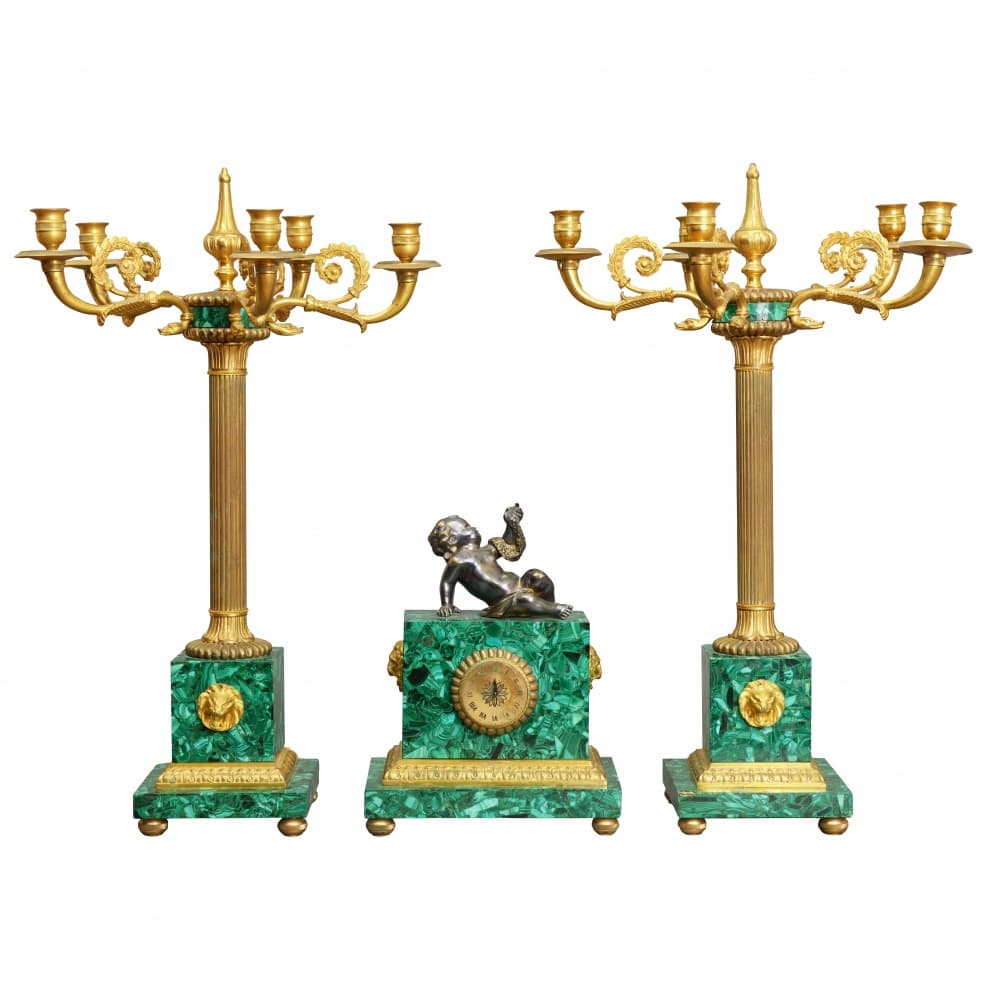 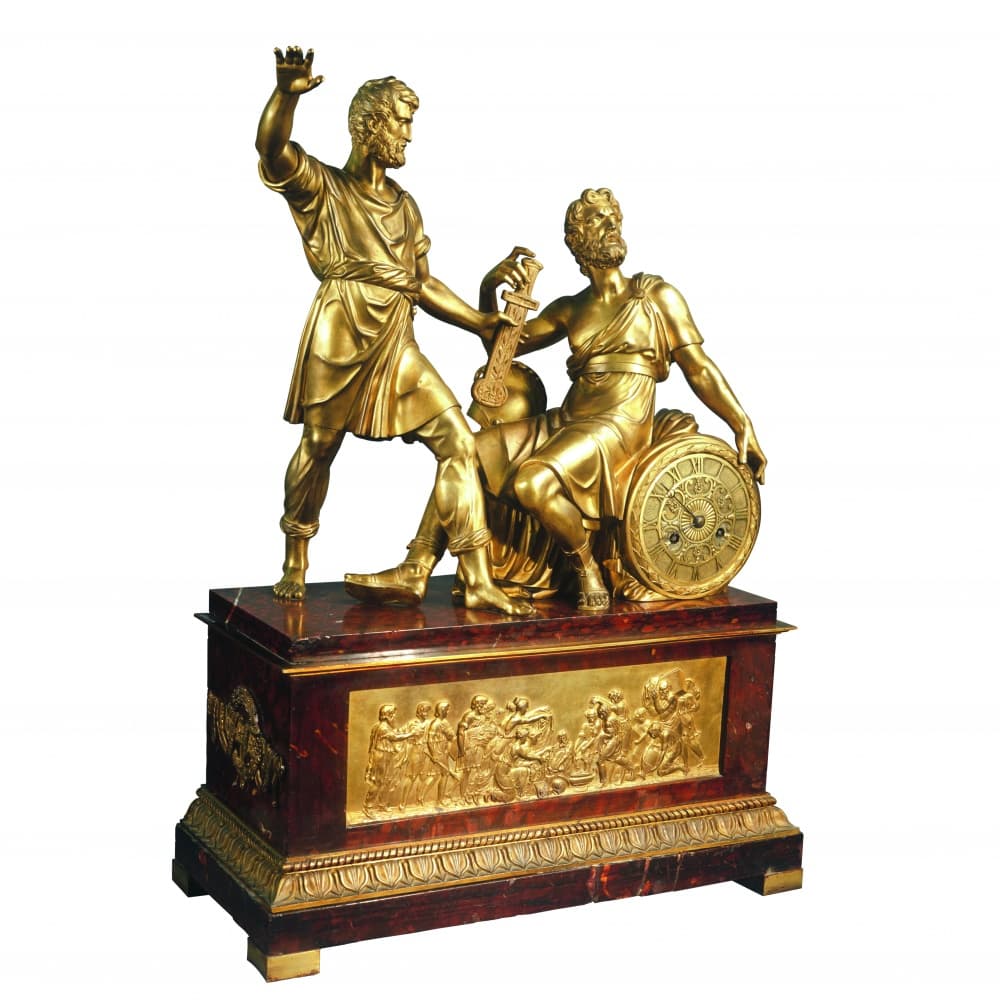 MANTELPIECE CLOCK WITH SCULPTURAL GROUP OF MININ AND POZHARSKY 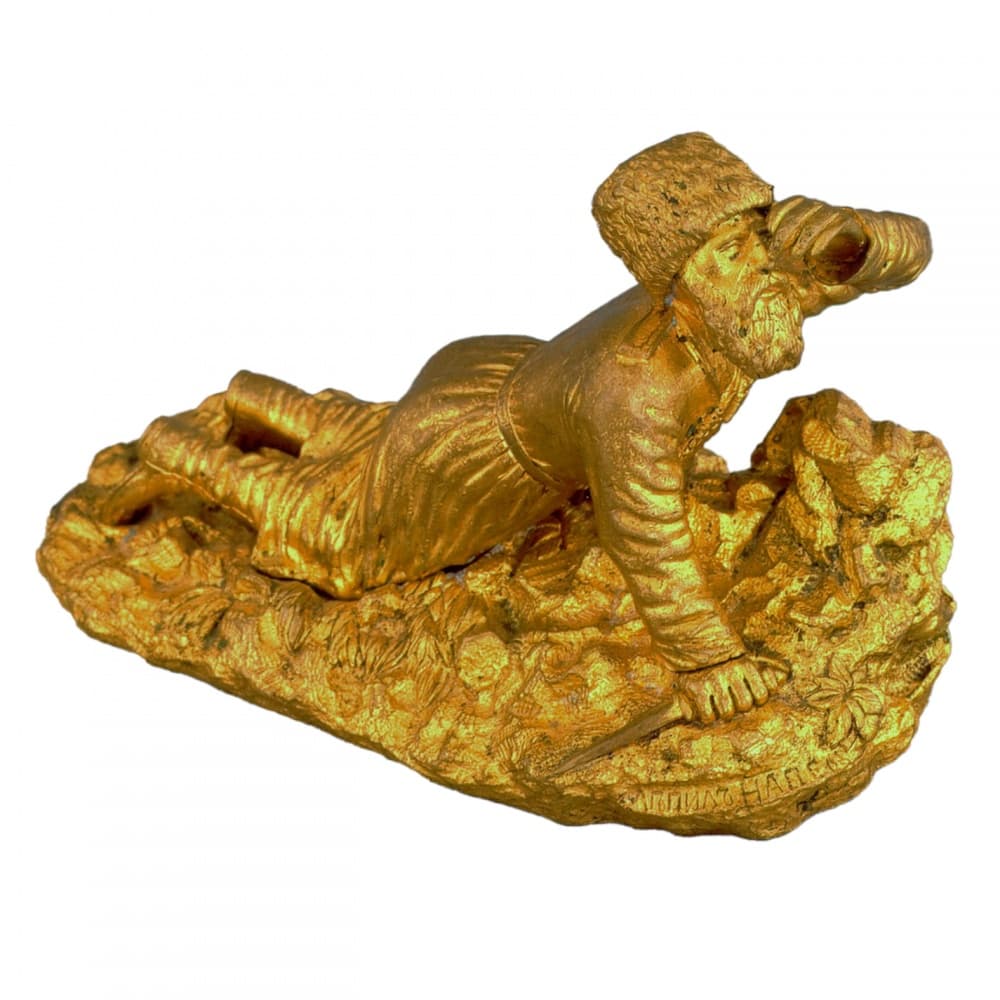 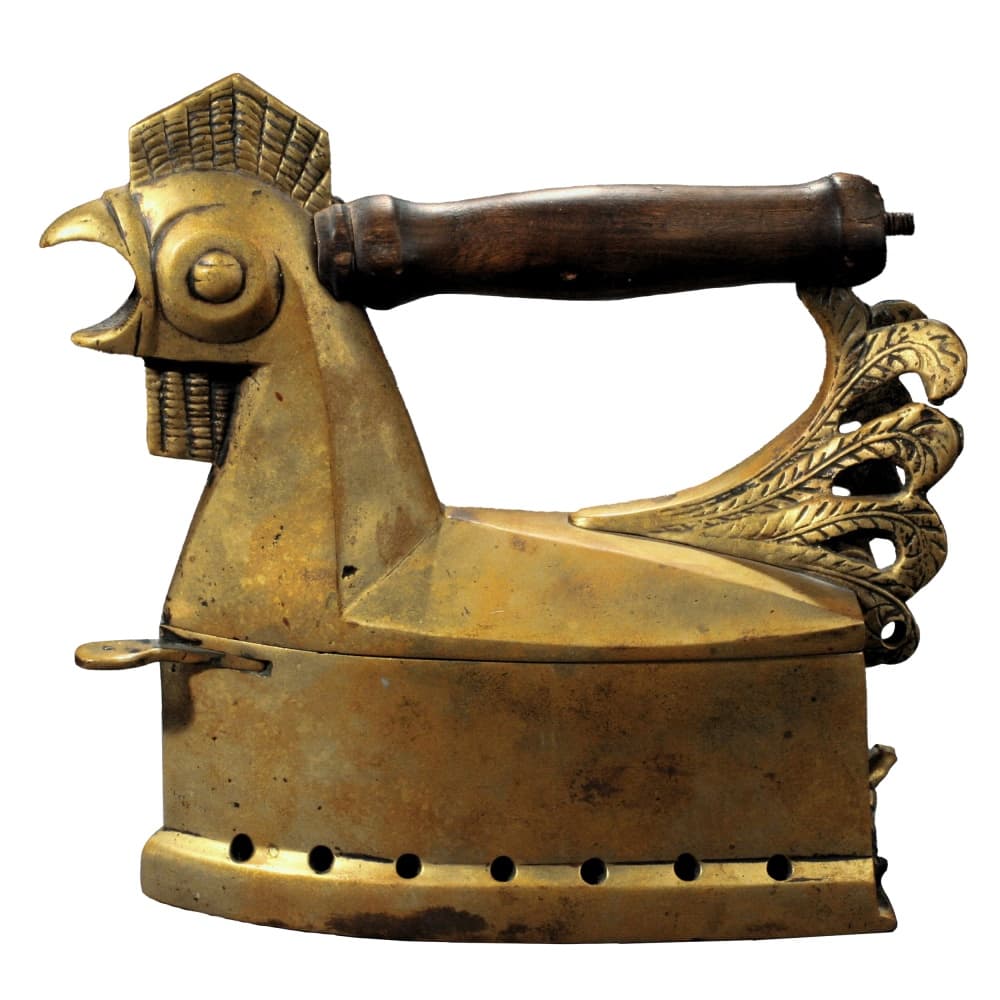 IRON IN THE FORM OF A COCK 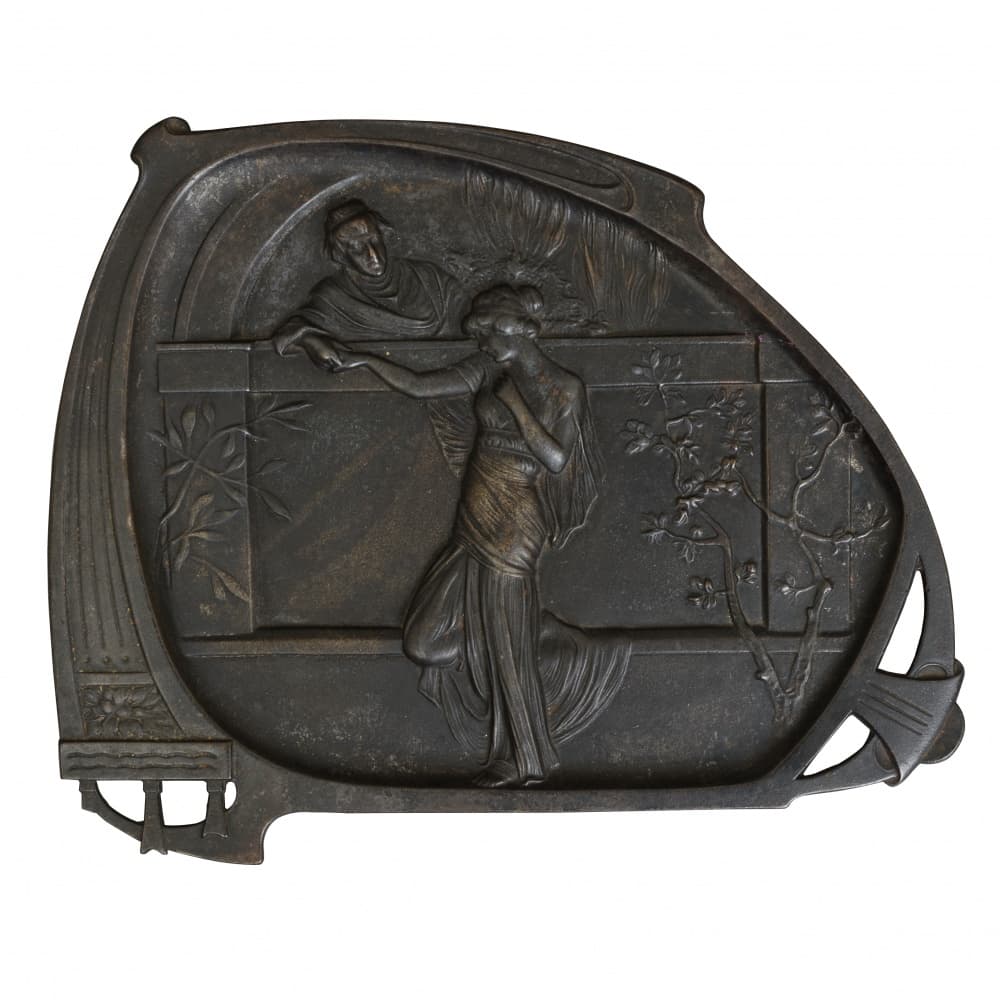 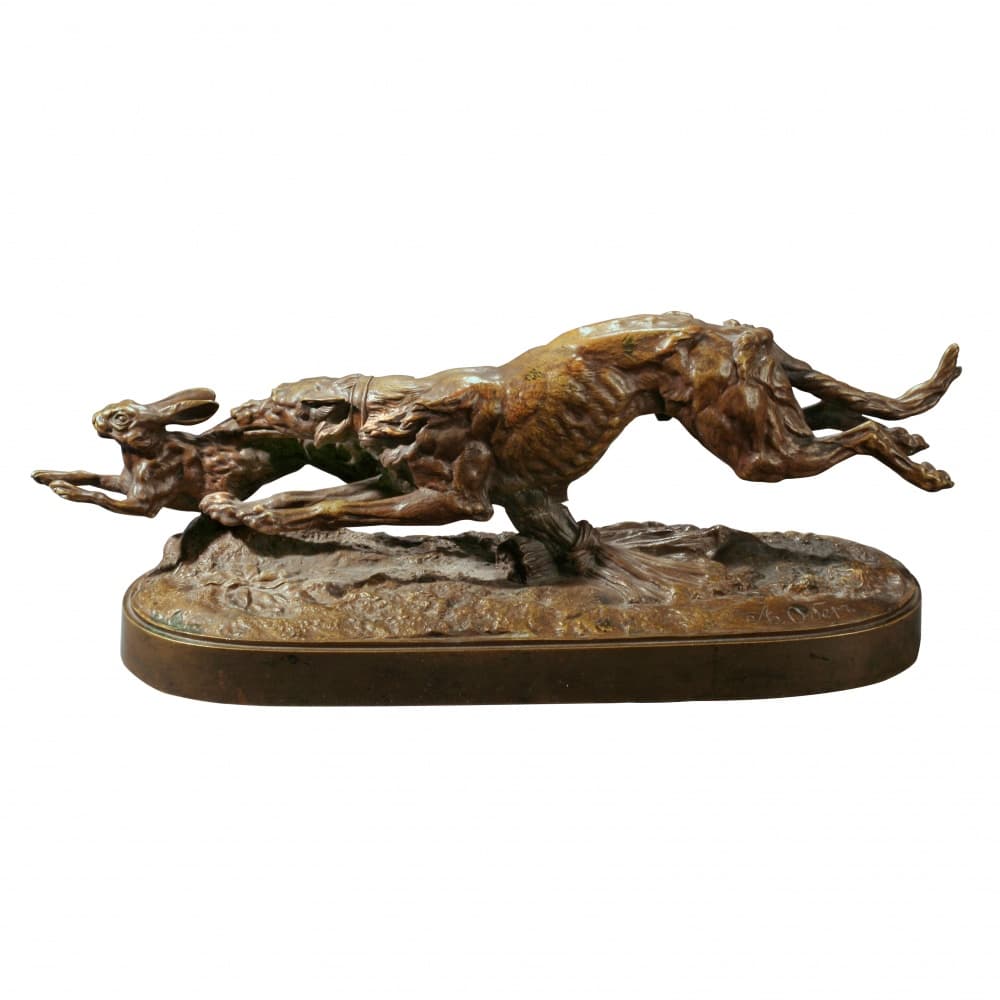 SCULPTURE "A PITCHER HASING A HARE" 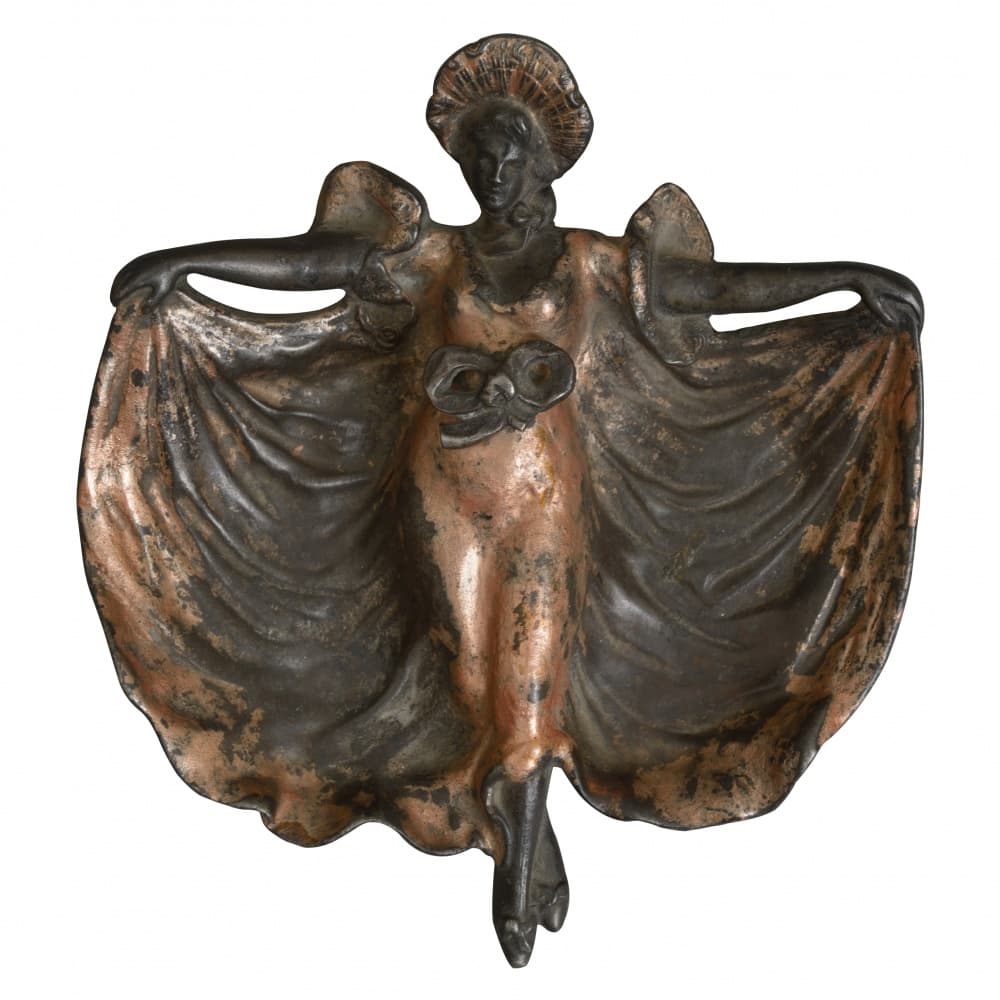 ASHTRAY IN THE FORM OF A YOUNG GIRL FIGURE 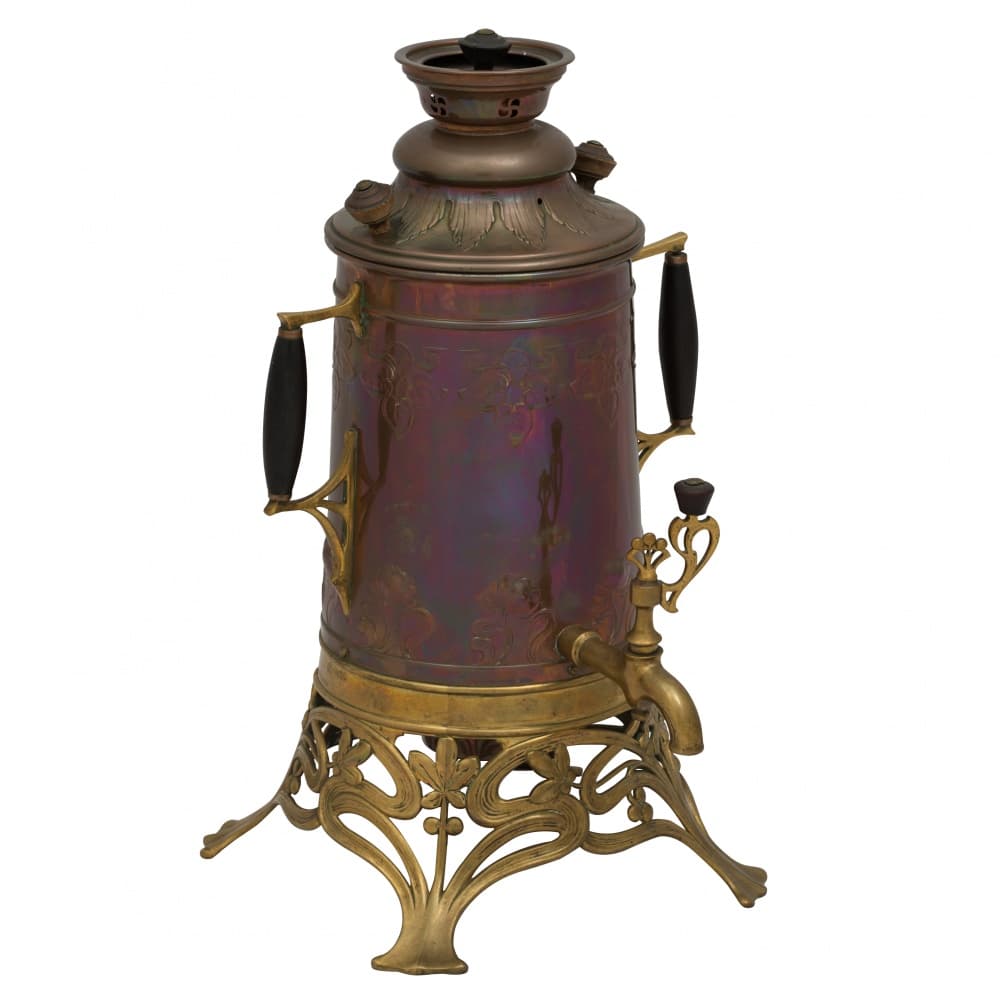 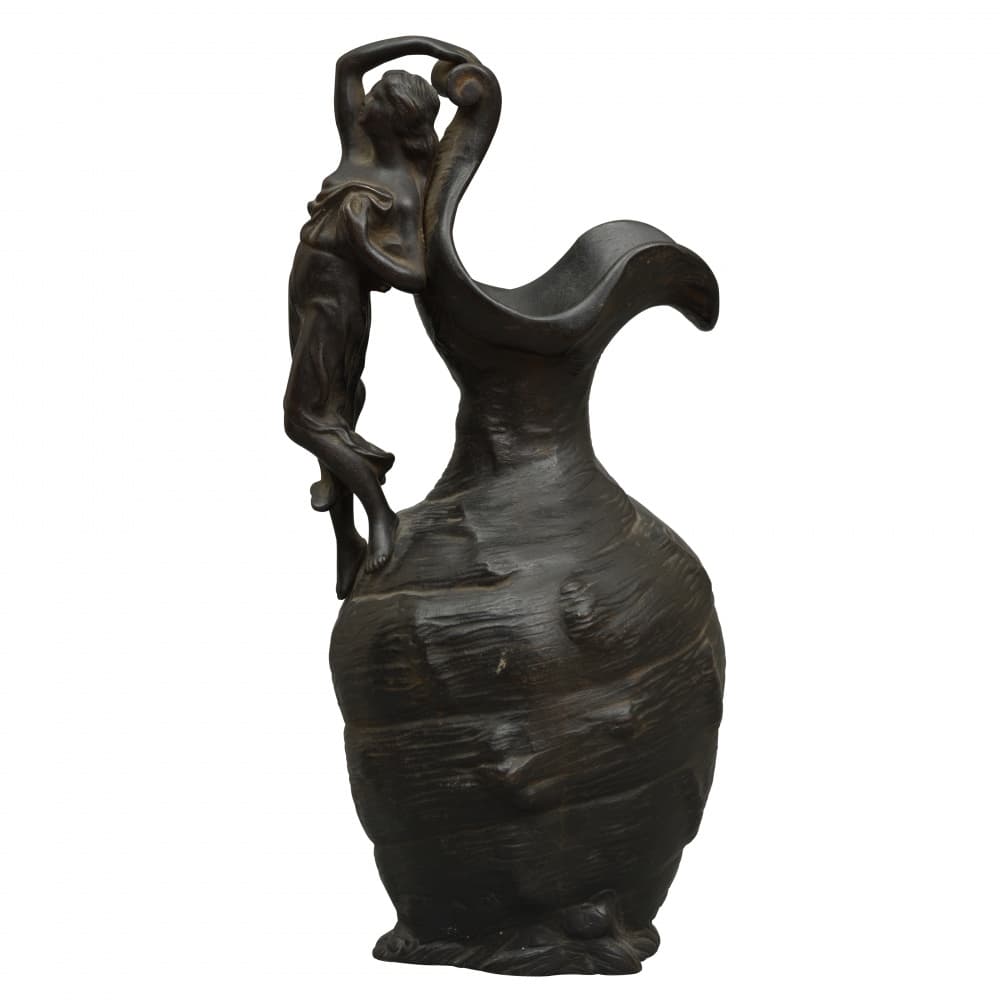 VASE "WAVE" WITH A HANDLE IN THE FORM OF A NAIAD 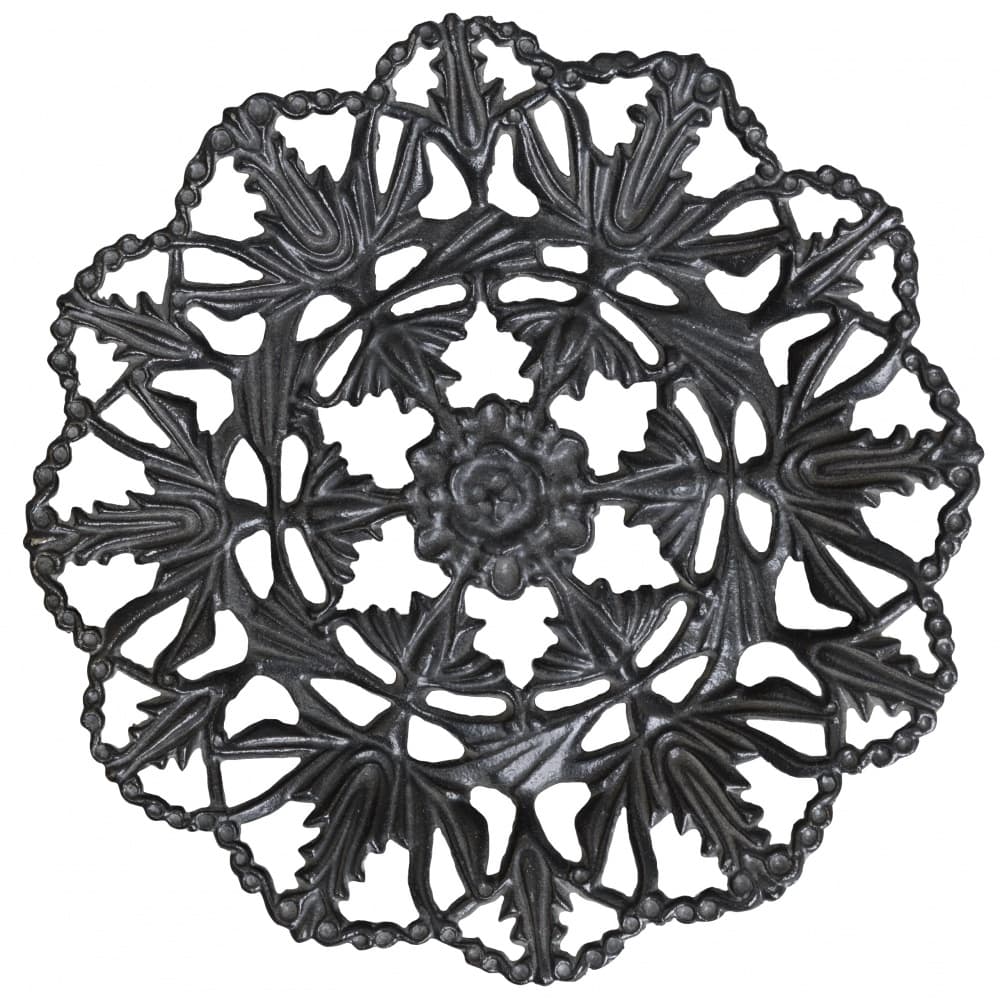 PLATE
Feedback
Thanks! We have received your request and will contact you as soon as possible