The Kholuy lacquer miniature collection has more than 800 exhibits and represents the works of the best masters of different generations. The art of lacquer miniatures in Kholuy, like in other former iconographic centers, is based on the specifics of local iconography. As a result of this succession, a style more liberal than Palekh and Mstyora was born, allowing for a certain degree of realism. The influence of the Palekh and Mstyora icon painters could be felt in the works of Kholuy masters from the 1930s-1940s.


The creators of the Kholuy style of lacquer miniature demonstrated great freedom in their choice of subjects reflecting modern life. This is evidenced by such works as "The Power of Defense," "The Hymn of the Soviet Union," "Children's Garden," and "Builders of Communism" by K.V. Kosterin; " Motherland Salute," "Tilling the Land," "The Leader of Socialism and the Cheering Proletariat" and "Rest" by S.A. Mokin from the museum collection. Honored Artist of the RSFSR V.D. Puzanov-Molev was closer to the Mstyorsky style in his artistic quests, but his works are outlining the creation of the Kholuy landscape, which would later become the background for miniatures on various themes - "Autumn", "Boris Godunov and the fool", "Volga", "Reception of Ukrainian Ambassadors by Tsar Alexei Mikhailovich".

The students of the founders of Kholuy lacquer miniature, having learnt the experience of their teachers, continued the formation of their original style. The most talented follower, V.A. Belov, became the spiritual leader for the next generations of masters. Masterpieces of the collection are his works "Fire of Olympus", "Andrei Rublev", "Prophetic Oleg", "Under Moscow", "Russian Bogatyrs". The depth and power of V.A.Belov's images became a reference point for younger Kholuy artists: P.A.Mityashin ("Boris Godunov", "Partisans of 1812", "In the front-line forest", "Come back, bow to the fish"), B.K. Novosyolov ("The Pomor Saga", "The Tale of Peter and Fevronia"), A.A.Smirnov ("Make-believe story", "The Tsar's Amusement" Despite the individual peculiarity of each master, we can say that in their works the style of Kholuy lacquer miniature has found its maturity and completeness. The museum's collection adequately represents the works of all the artists mentioned above.

Of great interest is the section in the collection devoted to the works of modern masters, such as V.K. Blinov, M.M. Veselov, L.L. Nikonov, S.D. Zakharov, who demonstrate an interesting development of the Kholuy lacquer miniature and their ongoing stylistic quests. 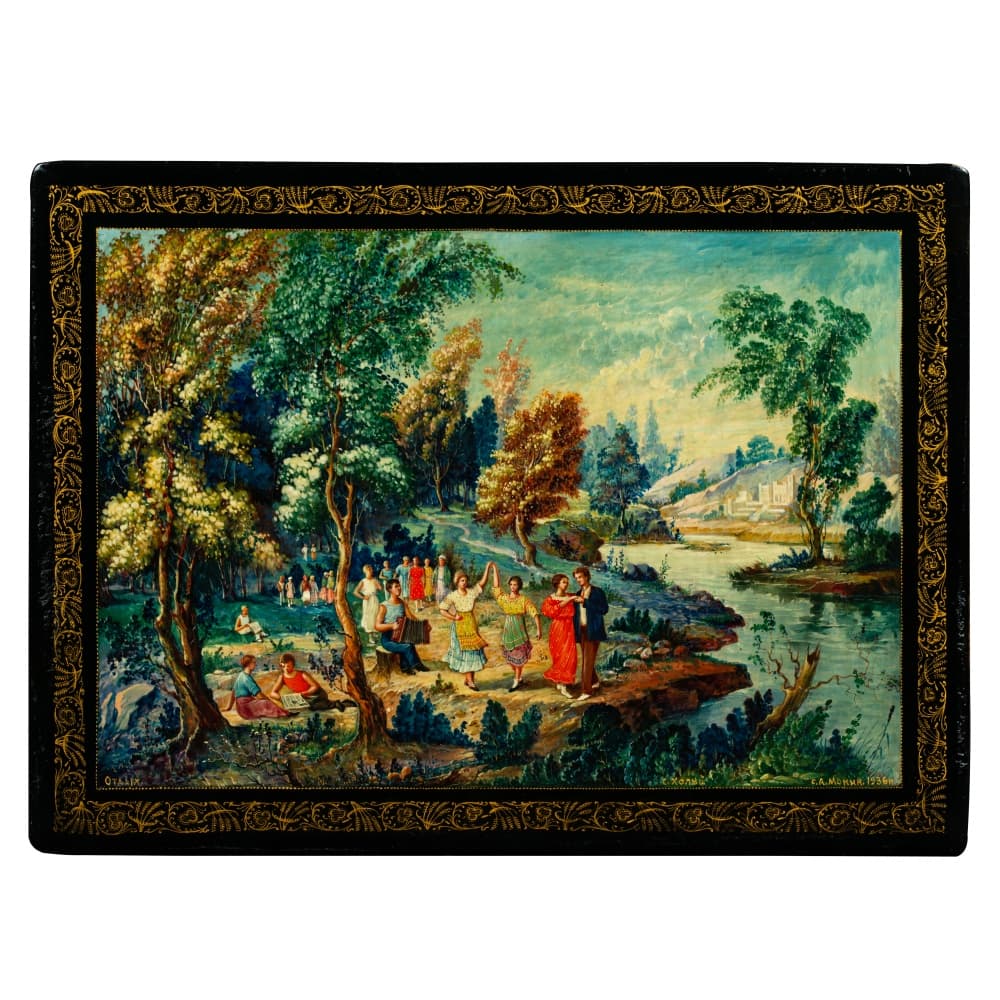 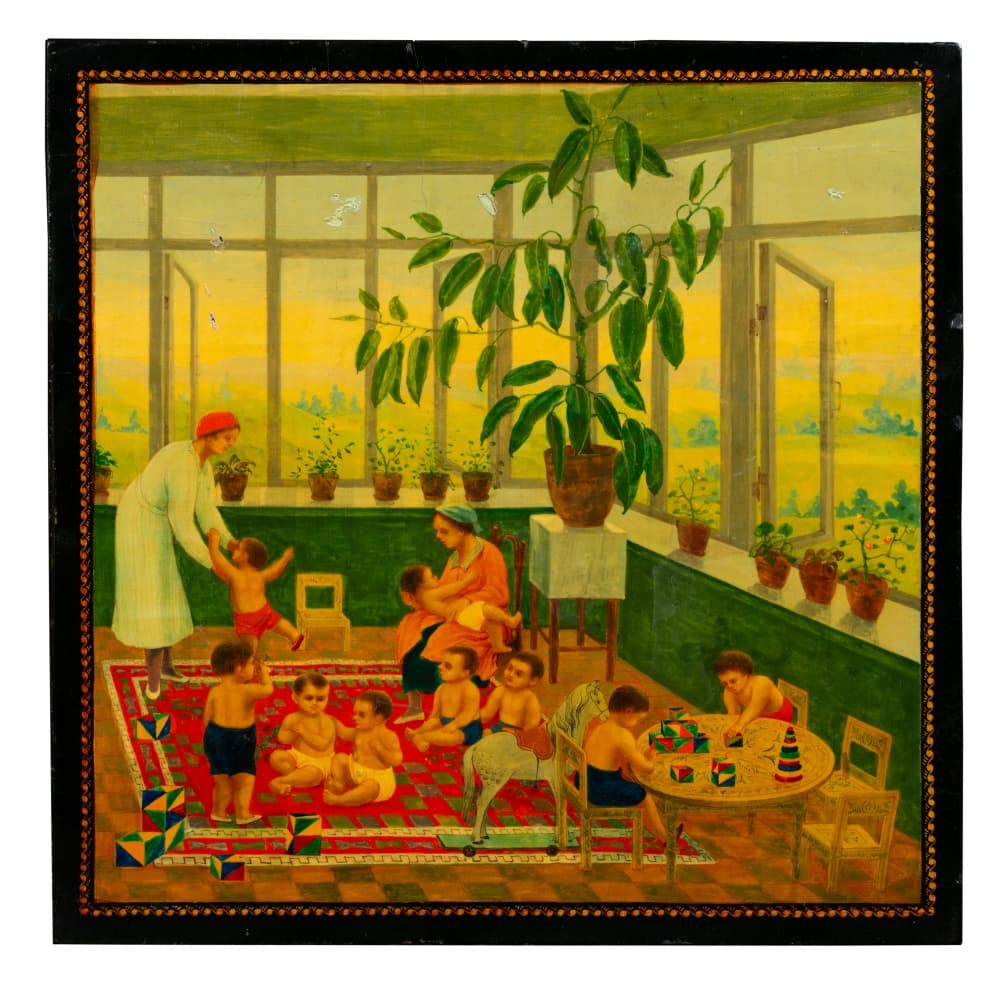 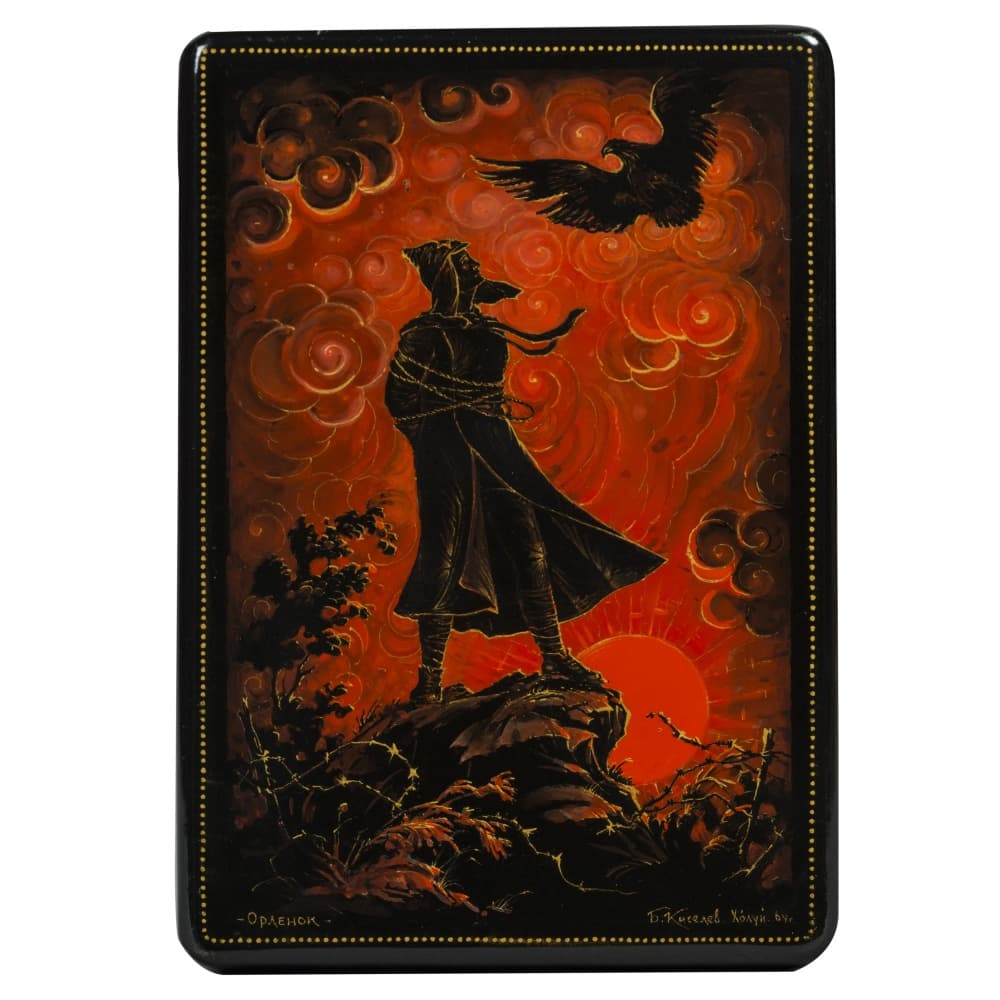 BOX WITH A REMOVABLE COVER "EAGLET" 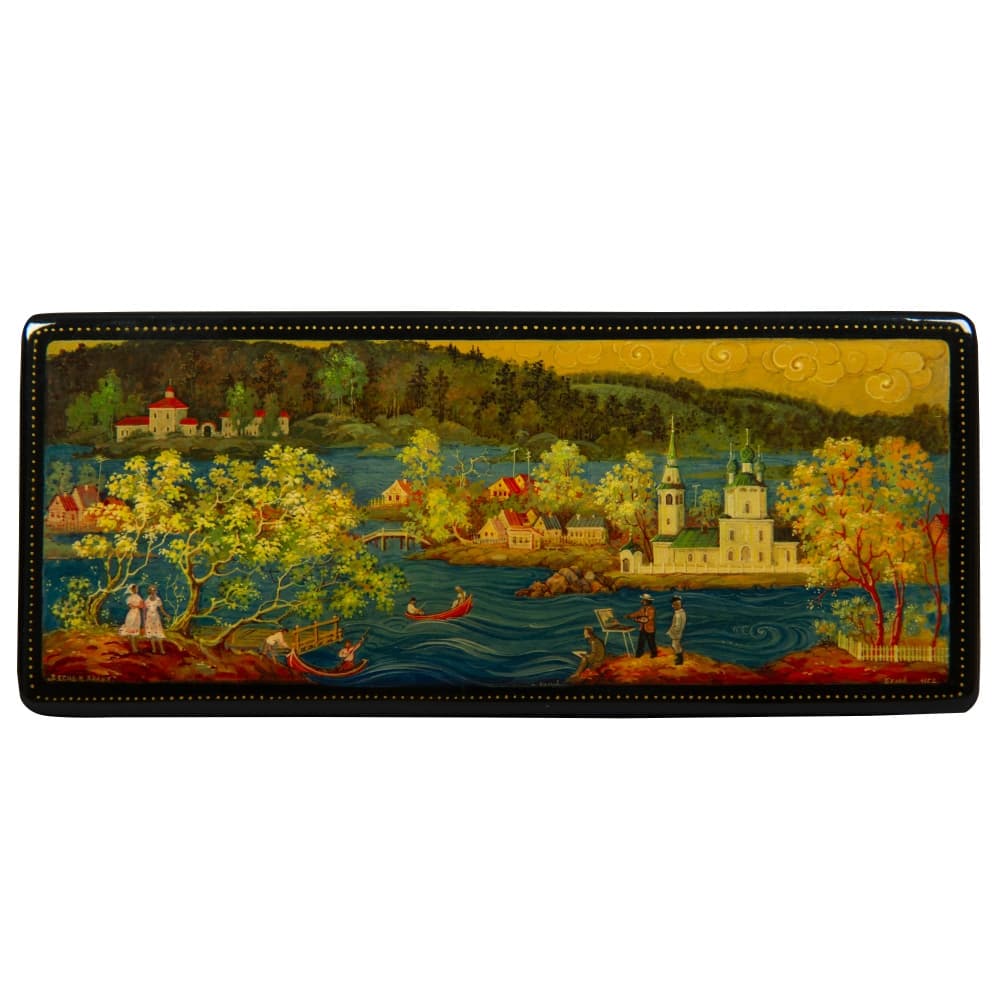 BOX WITH A REMOVABLE COVER "SPRING IN KHOLUY" 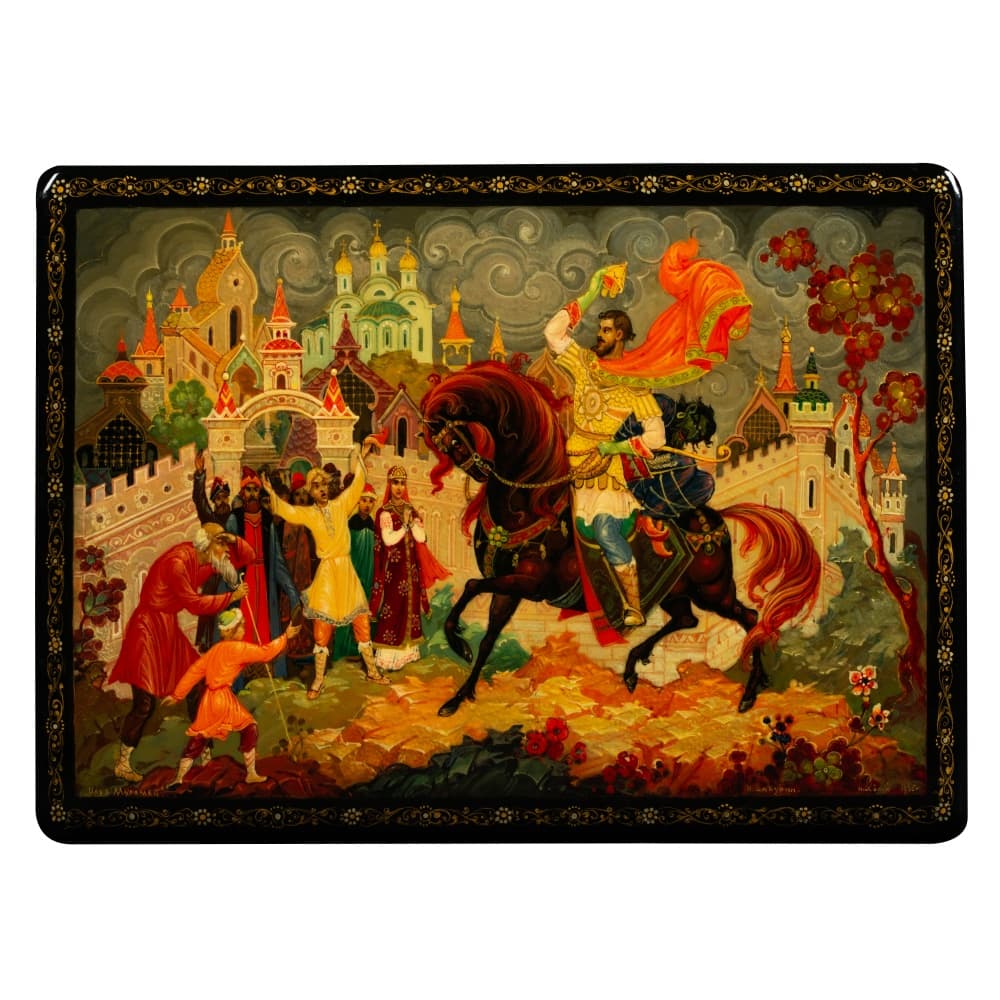 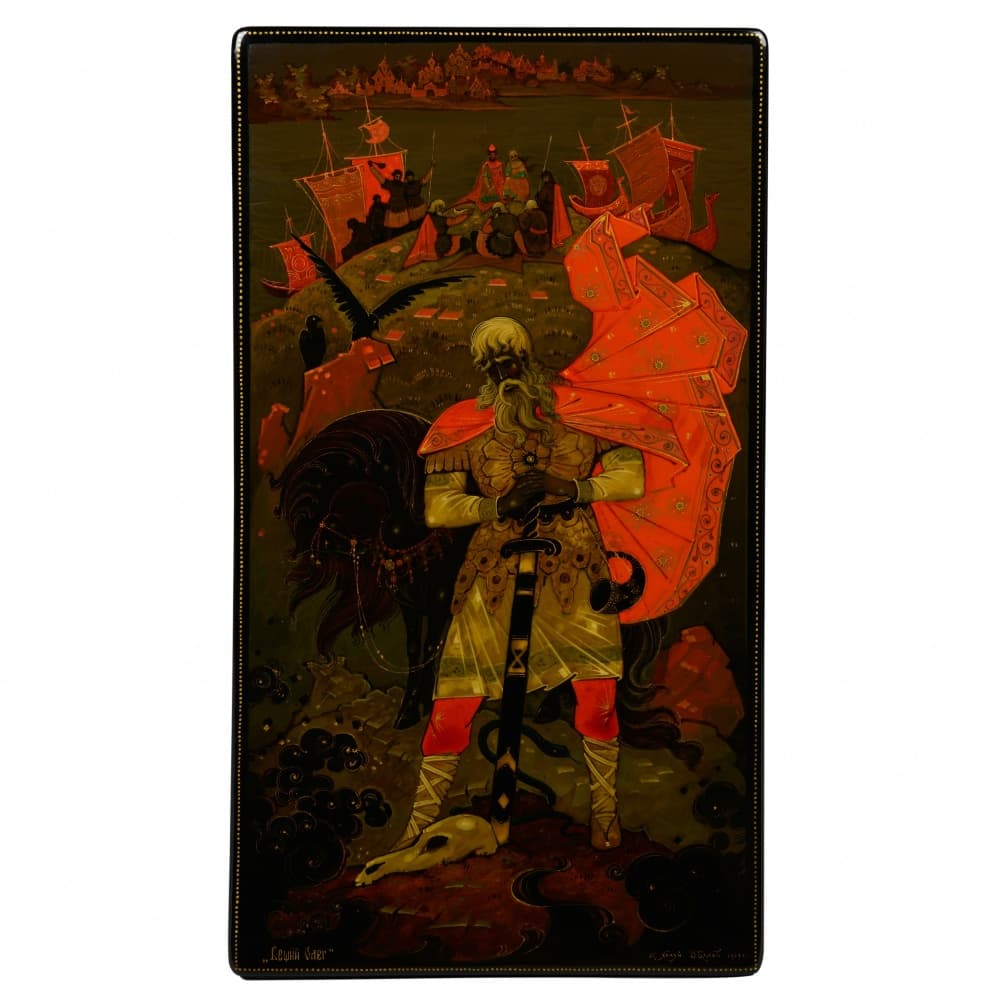 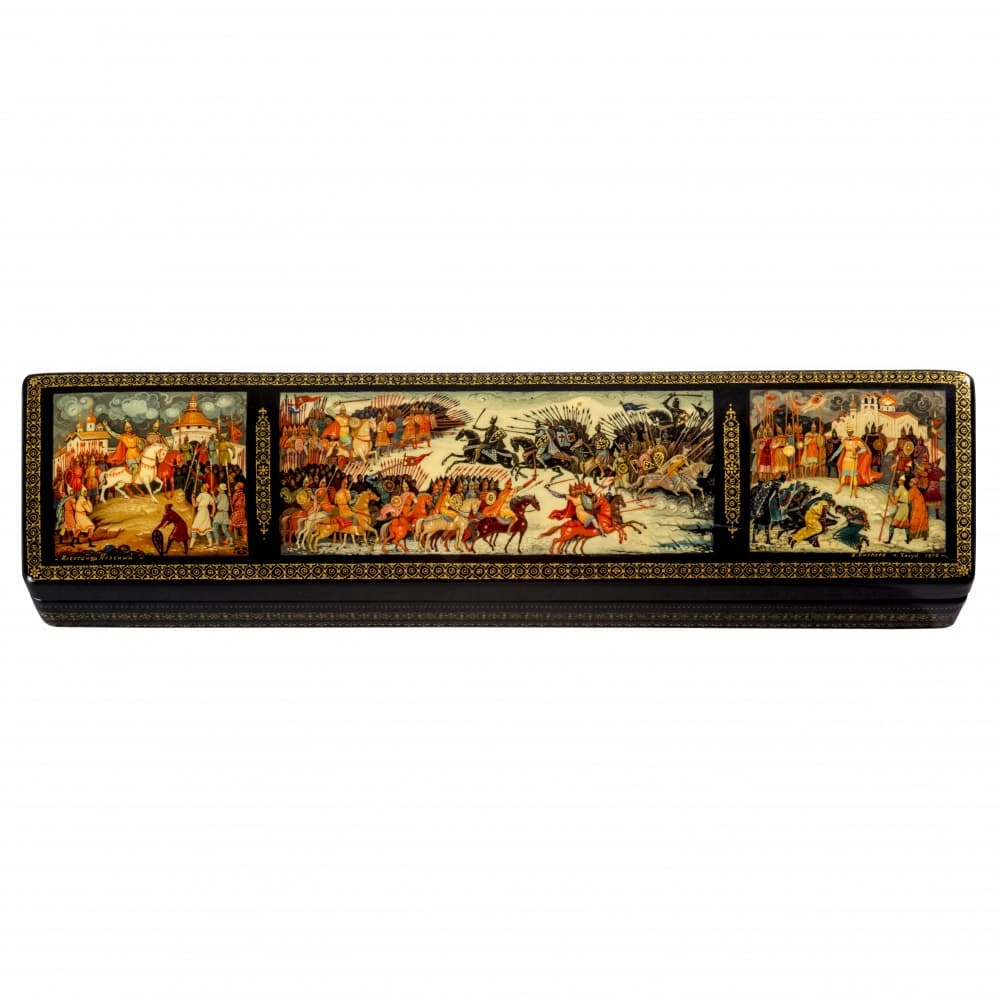 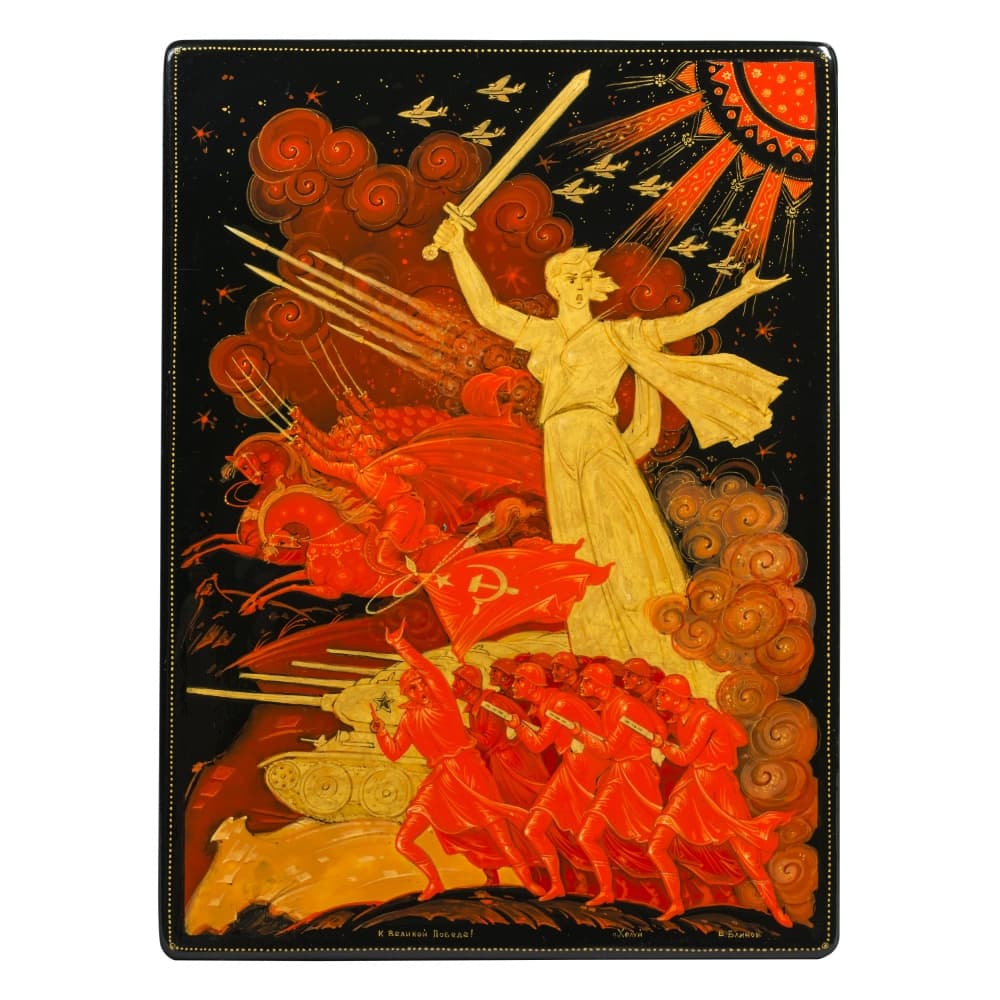 CASKET "TO A GREAT VICTORY!" 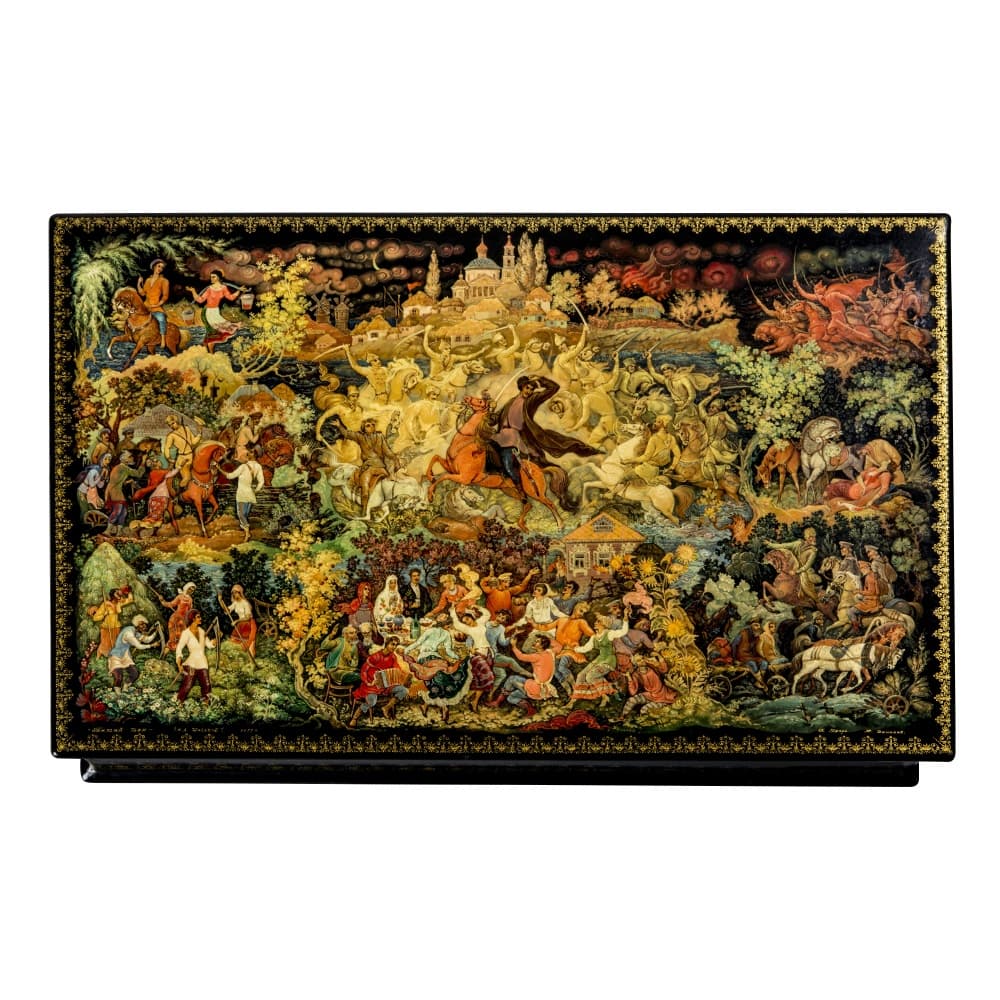 CASKET AND QUIET FLOWS THE DON 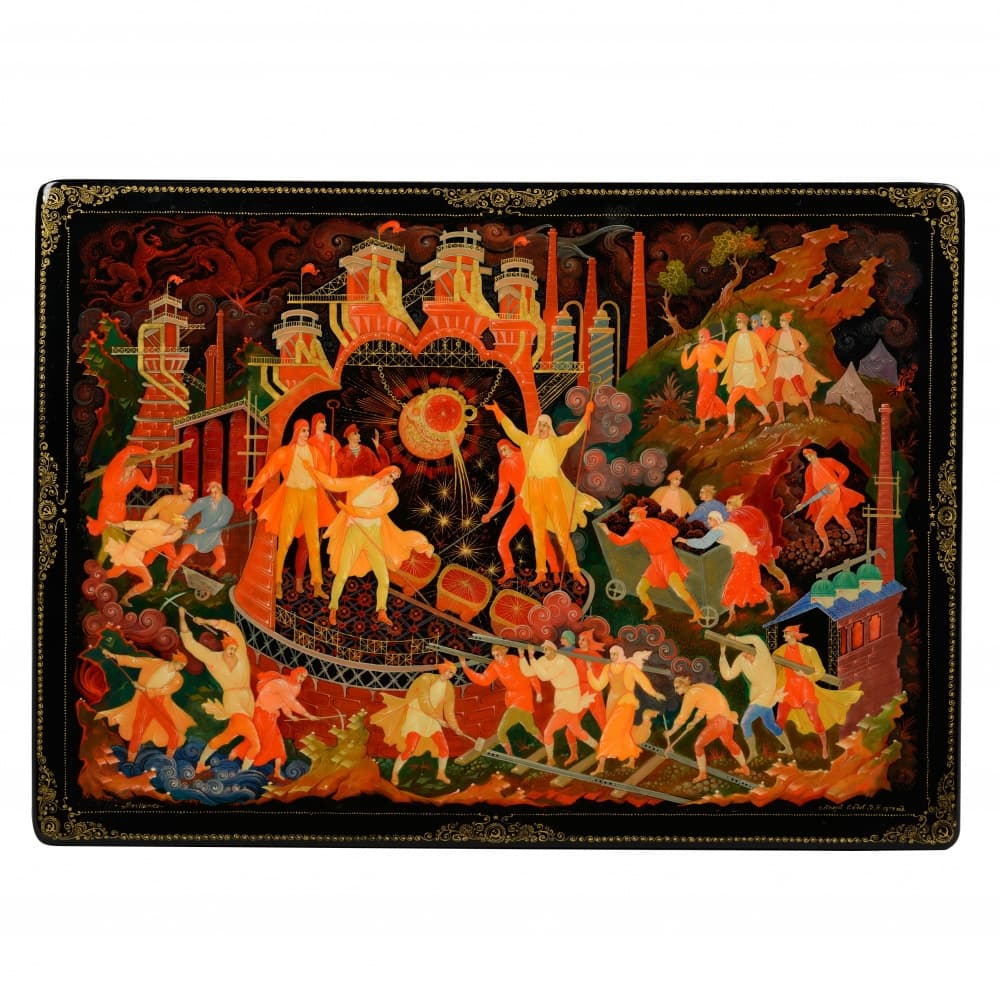 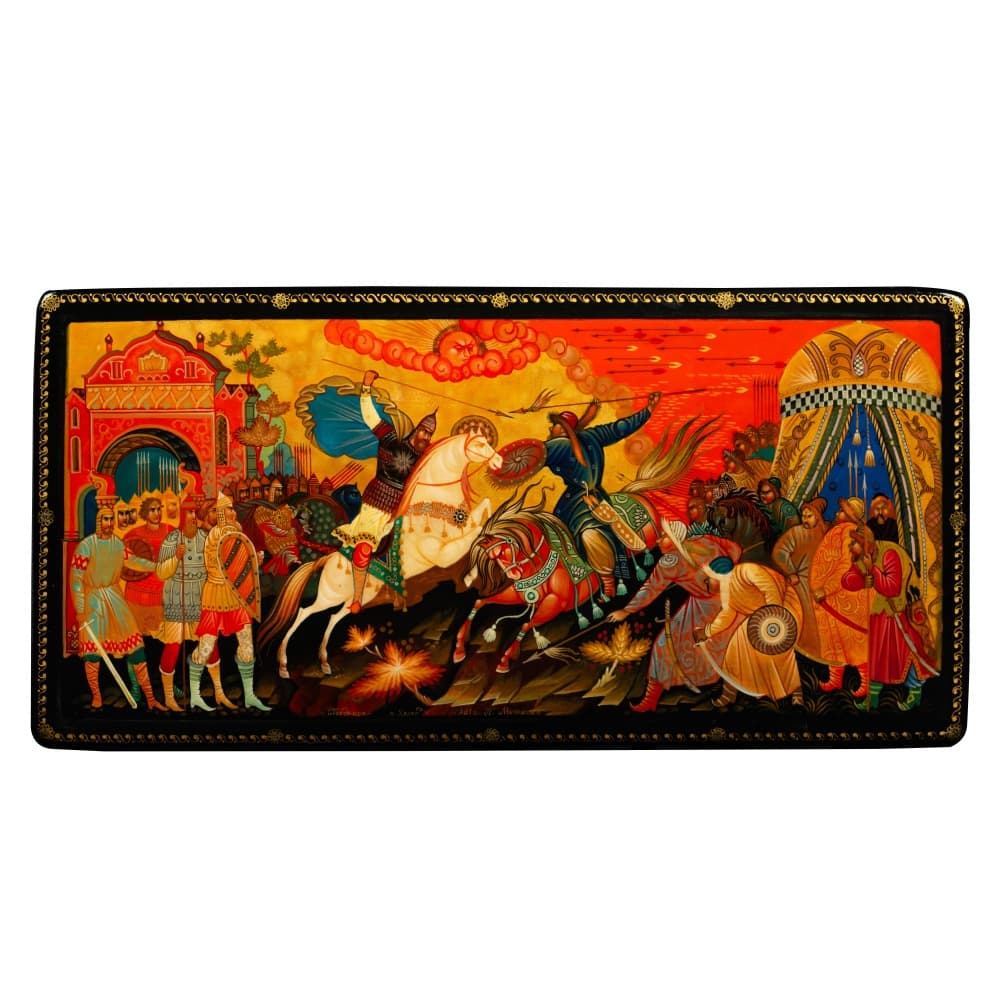 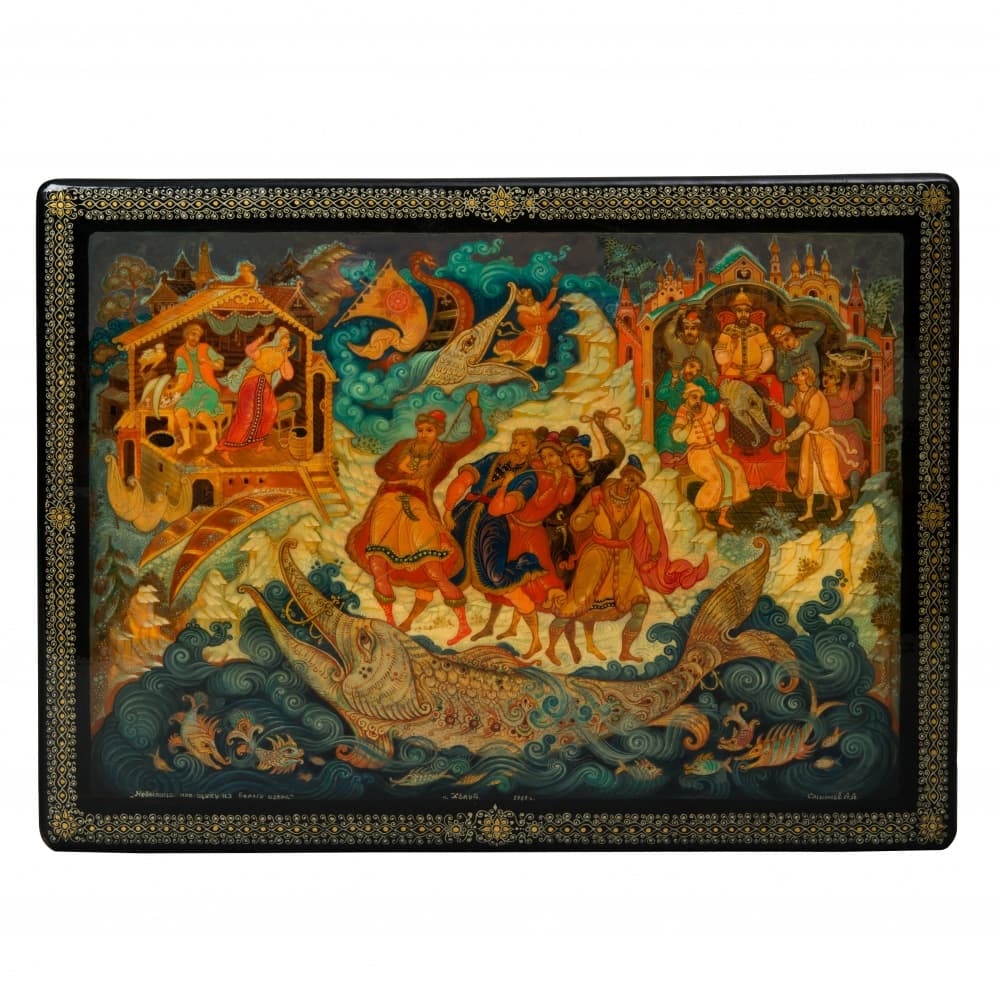 CASKET "TALE OF THE PIKE FROM WHITE LAKE" 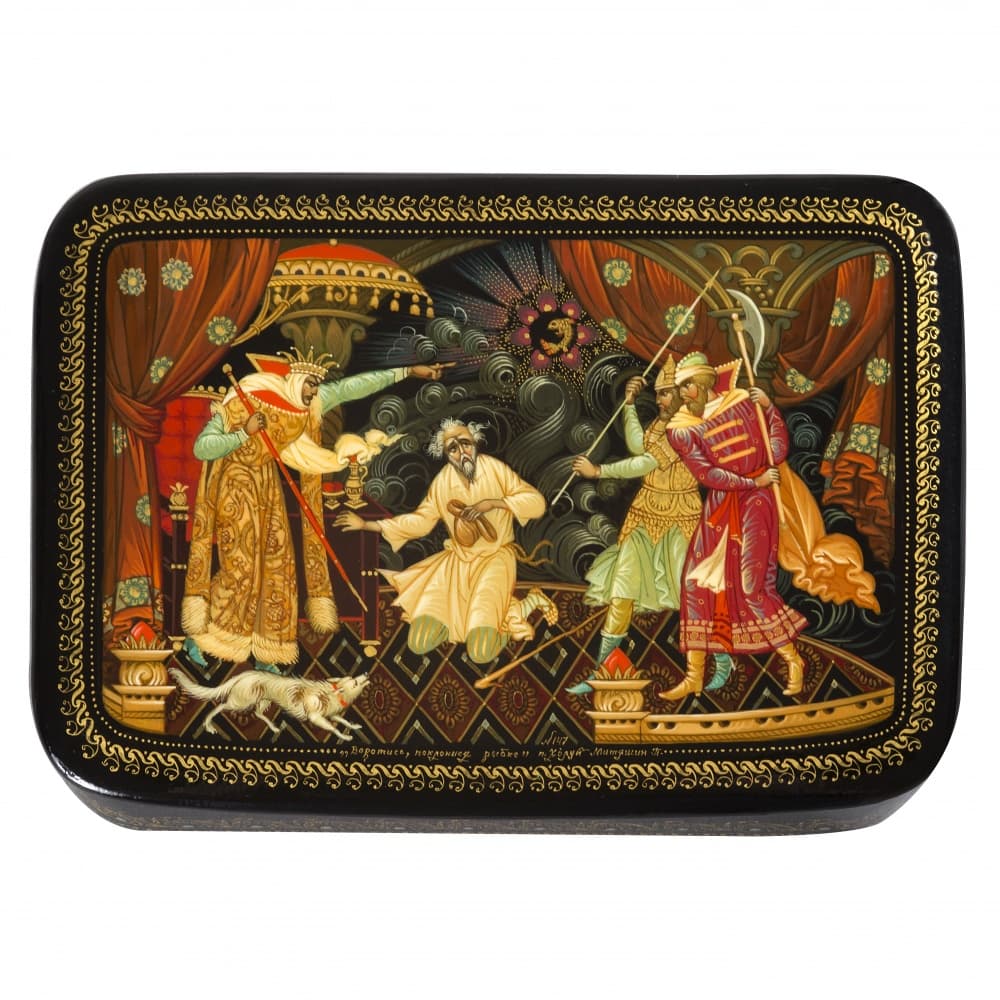 CASKET "GO BACK, BOW TO THE FISH" 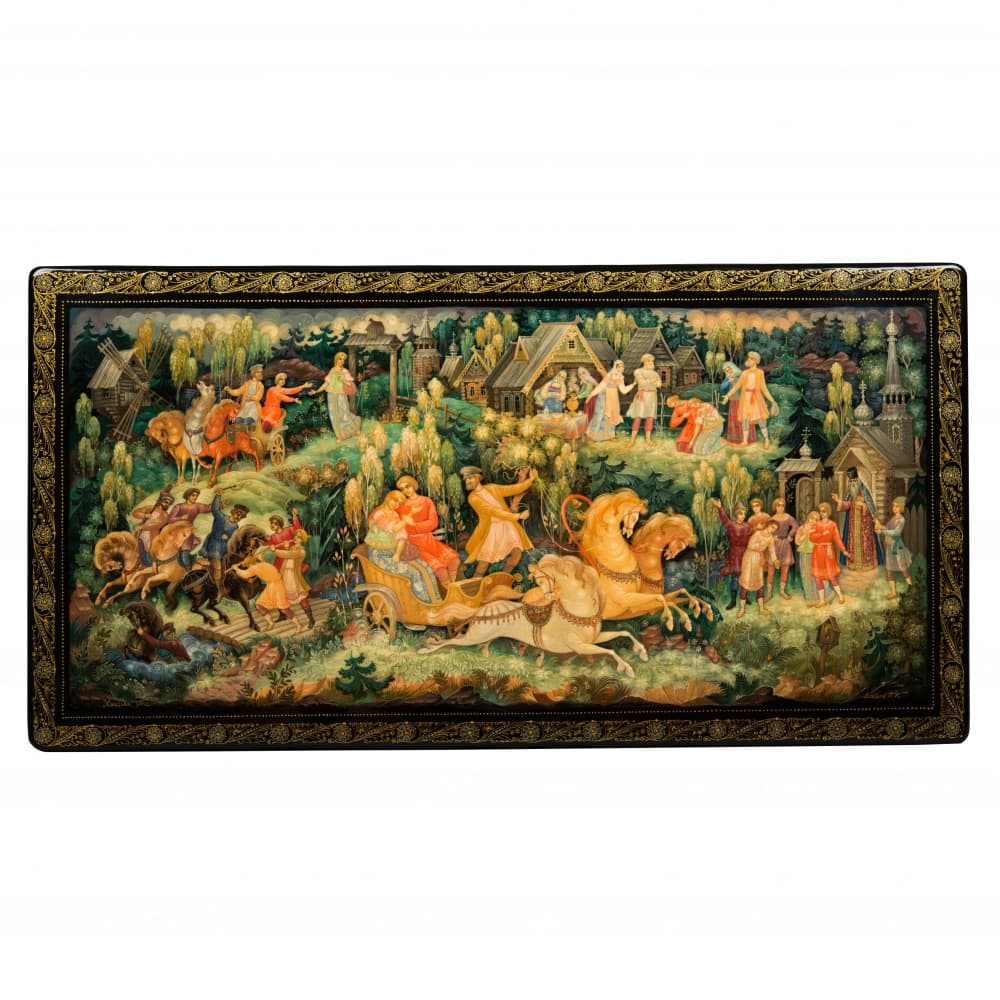 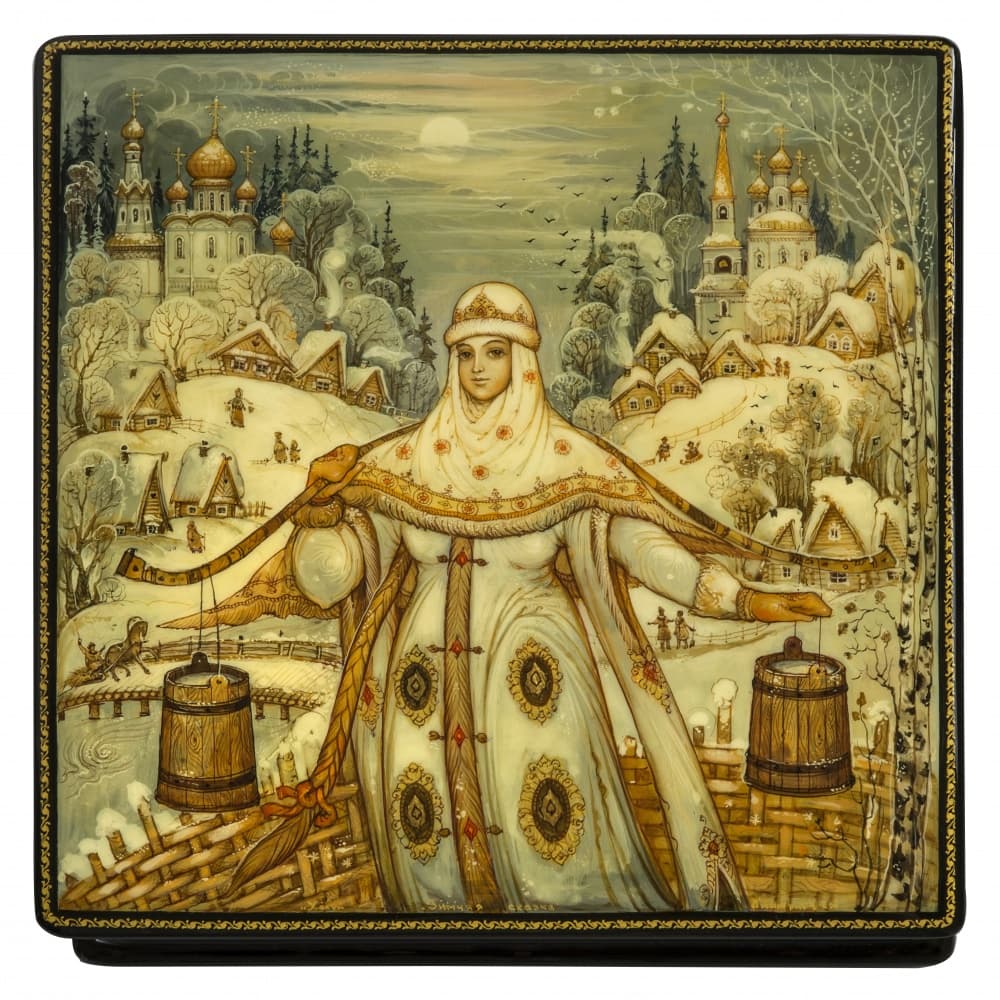 CASKET "WINTER FAIRYTALE"
Feedback
Thanks! We have received your request and will contact you as soon as possible