The collection of lacquer miniatures by Fedoskino masters is one of the largest in the lacquer fund. It is represented by more than 2,000 works, including works by the founders of the Fedoskino Labor Artel - the masters of the former Lukutiny Factory, founded in 1910.


The collection of the All-Russian Decorative Art Museum holds works from the 1910s-1920s with traditional subjects for the Lukutin factory: troikas, genre paintings ("Landscape with a Mill", "Children Feeding Chickens") and others.

After the October Revolution, artists of the Fedoskino artel in an attempt to master the stylistics and themes of the new state significantly expand the range of subjects depicted. This period includes the works "Proletarian, on a horse to fight against capital", "The Young Lady under the umbrella", "Fight of Ilya Muromets with Nightingale the Robber" and others.

Since the 1950s, Fedoskino mastered the production of mass series. The author's works were in museums and in the Assortment office of the factory, and copies of works were for sale.

Works of modern masters Soloninkin, Stroganova, Kuznetsov, Kozlov, Korchagin, Shapkin, Rogatov, Isaev, Kalinin, Anokhin and many other artists, who have mastered all the nuances of Fyodoskin brushwork, are no less interesting.

The collection of the museum also includes works of talented young masters of recent years. 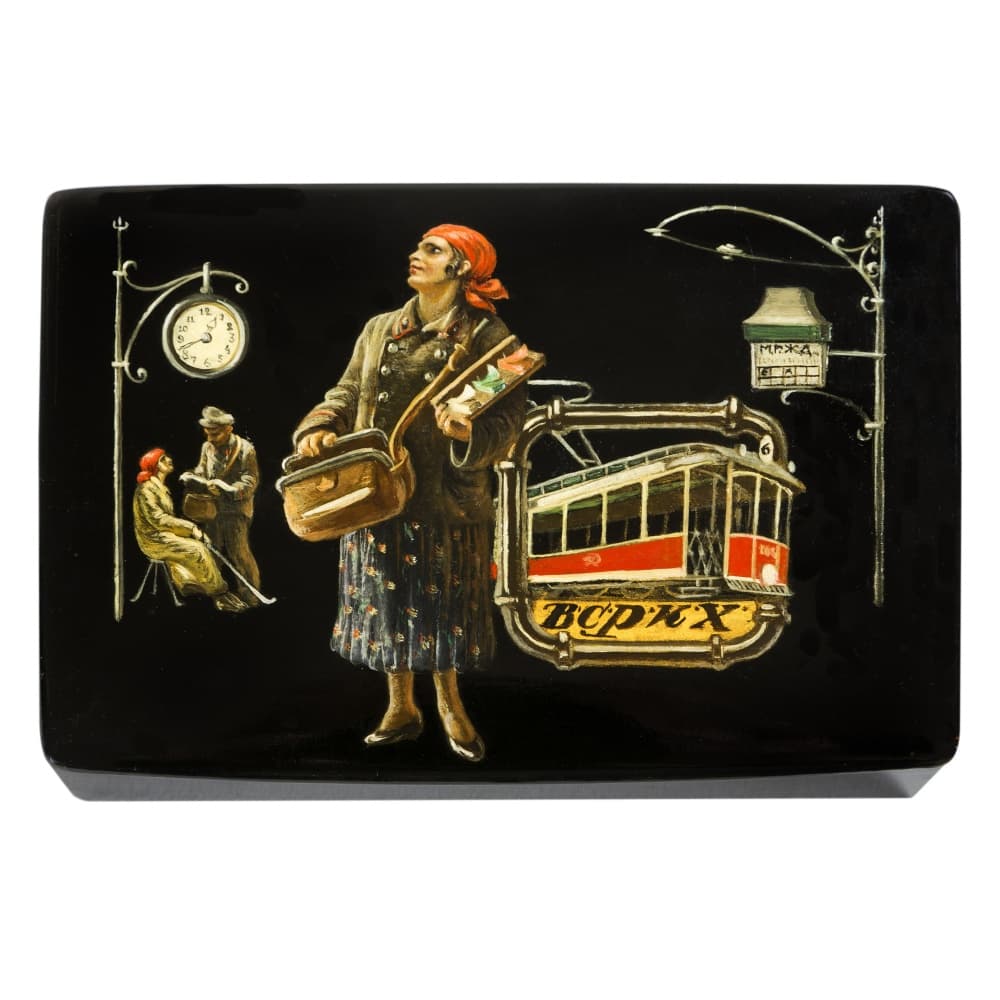 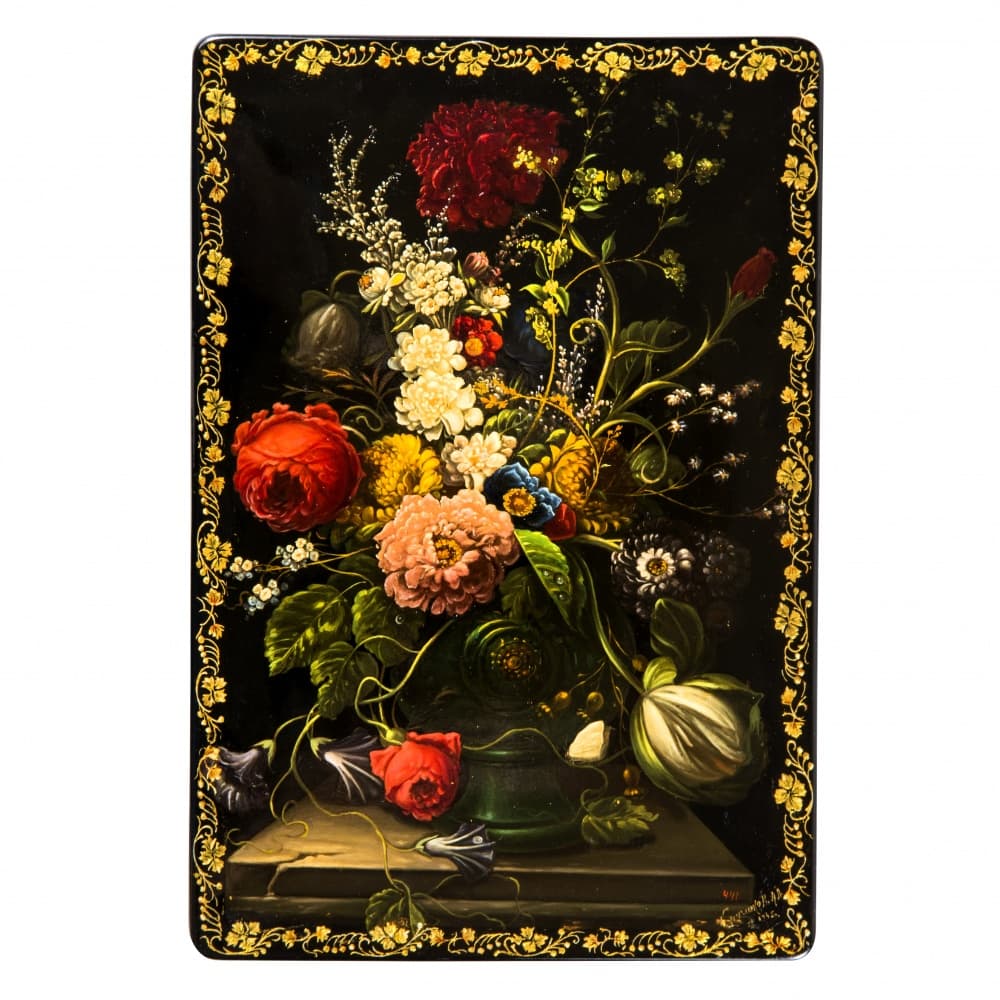 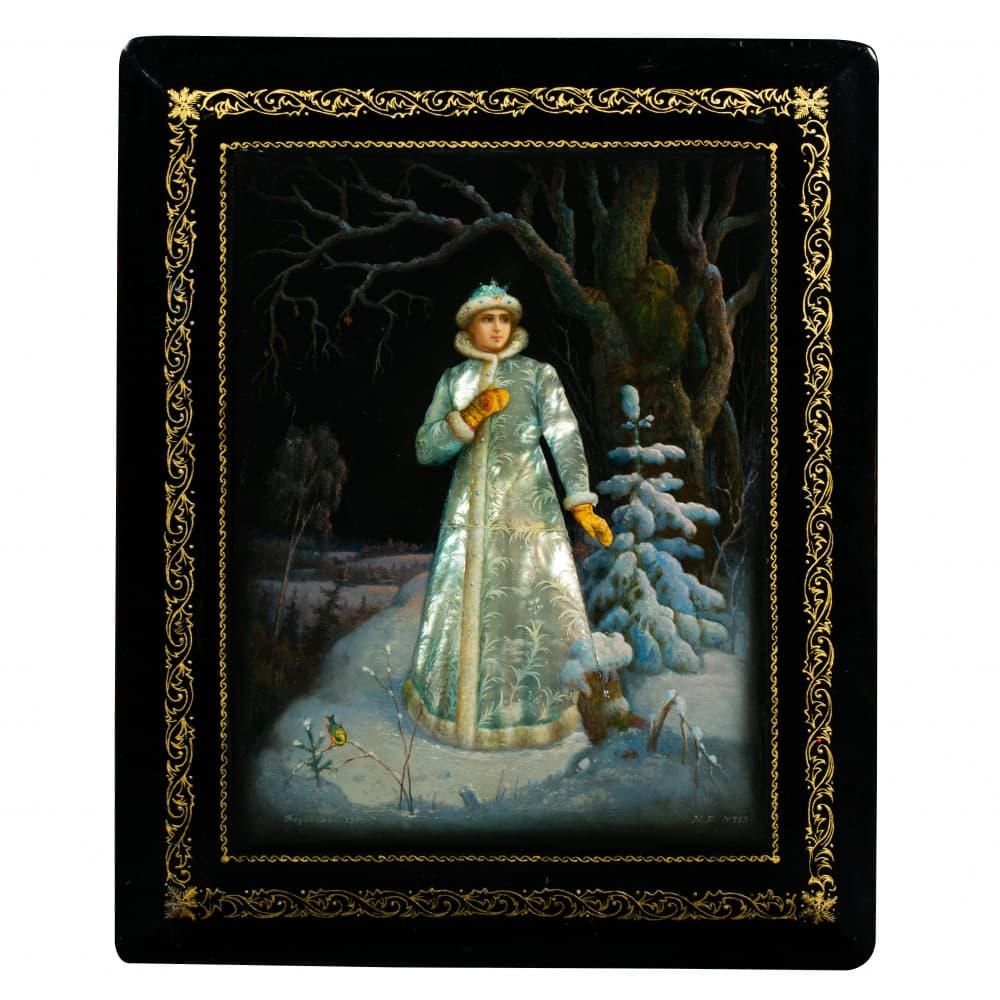 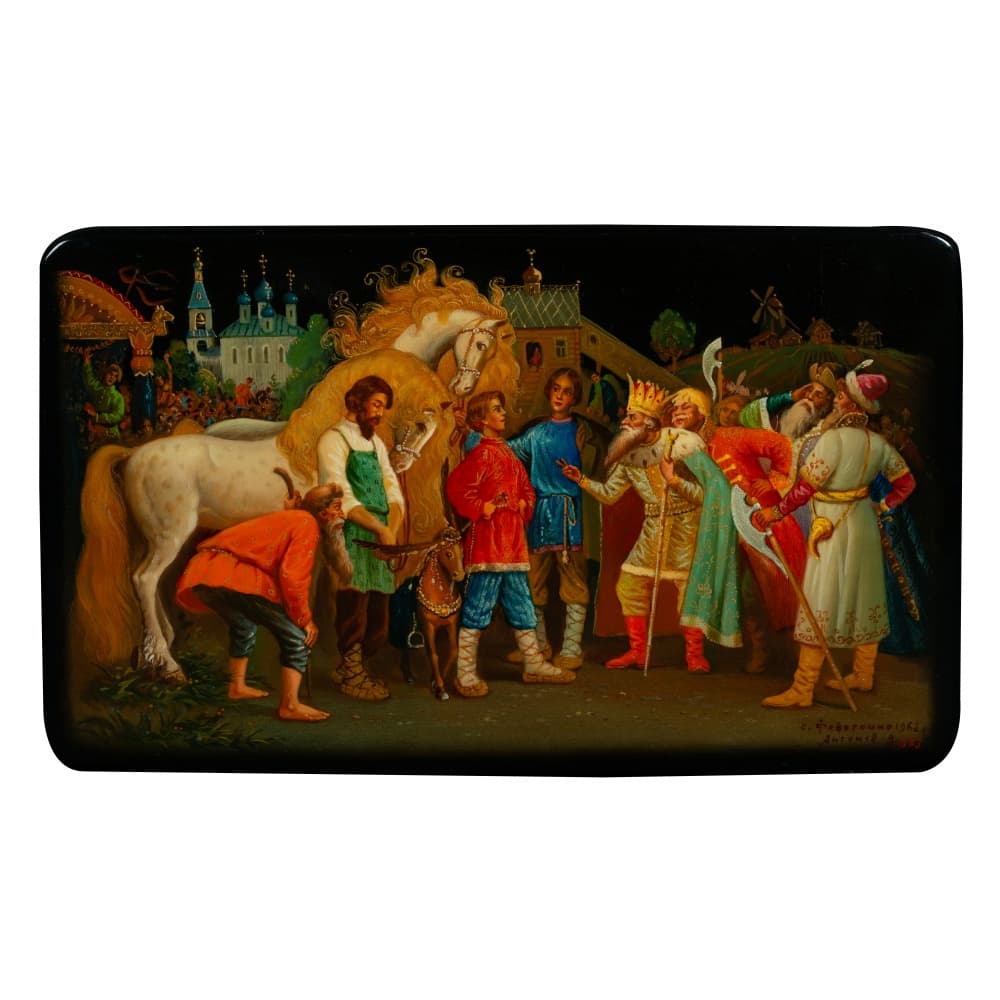 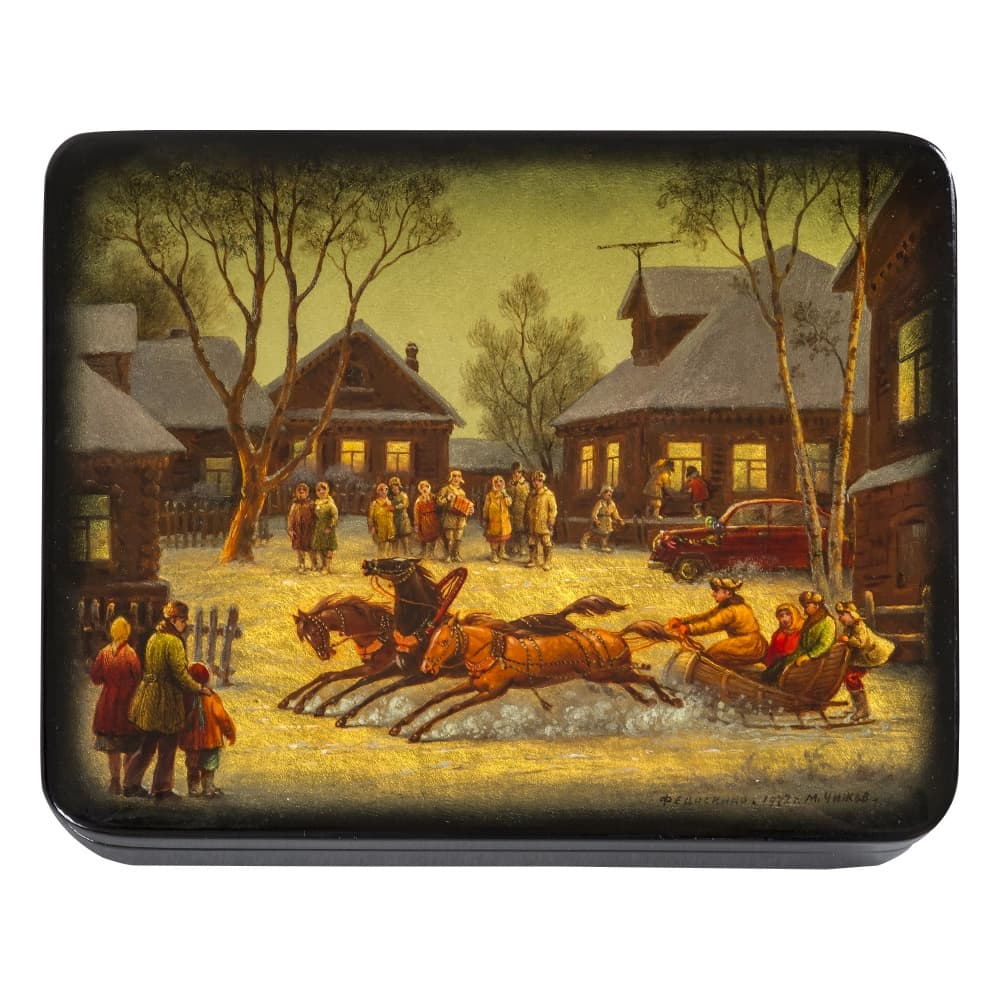 CASKET "EVENING IN THE COUNTRY" 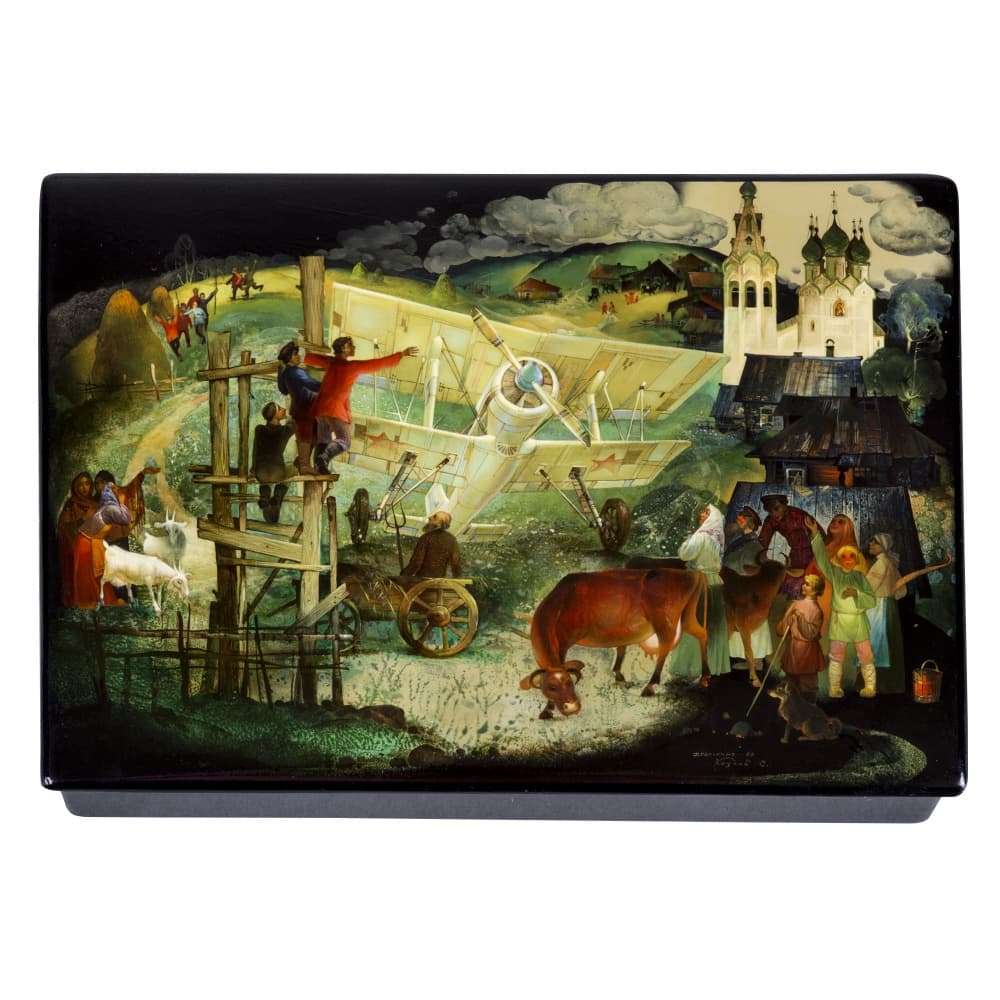 CASKET "THE WINGS OF THE MOTHERLAND" 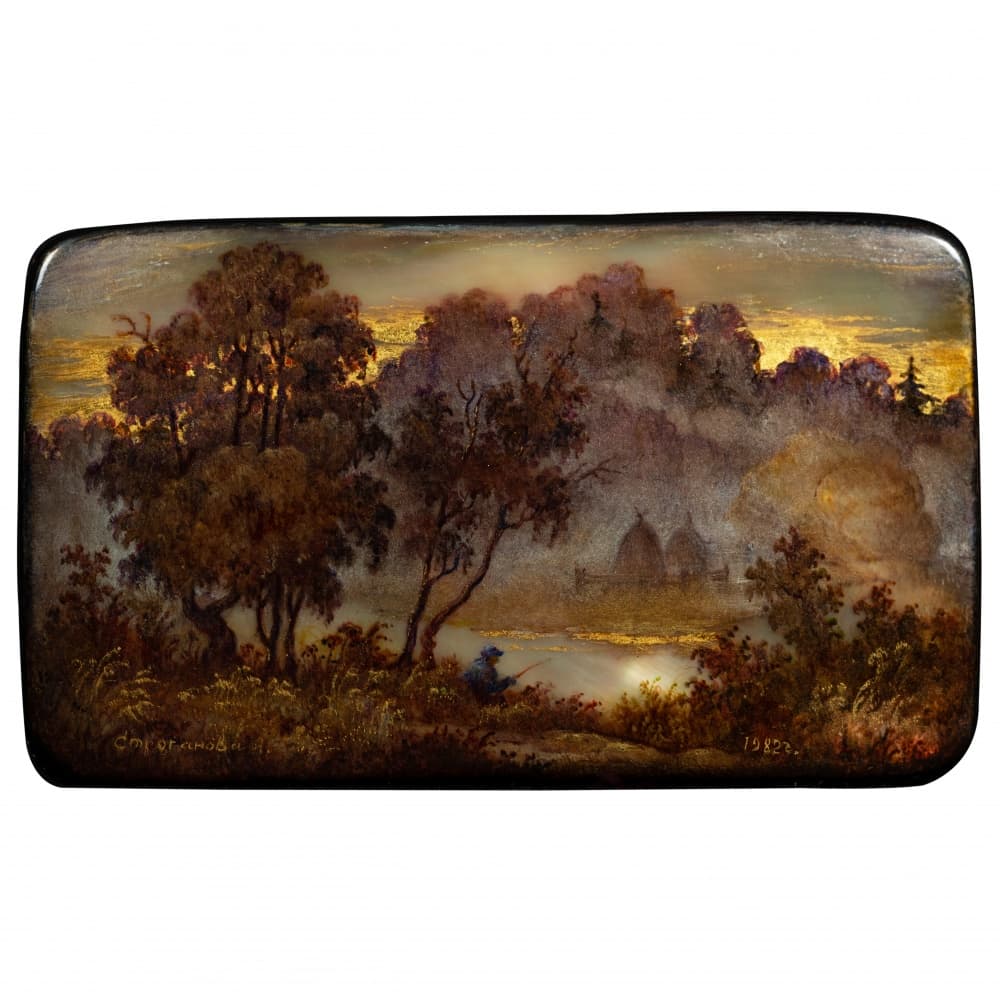 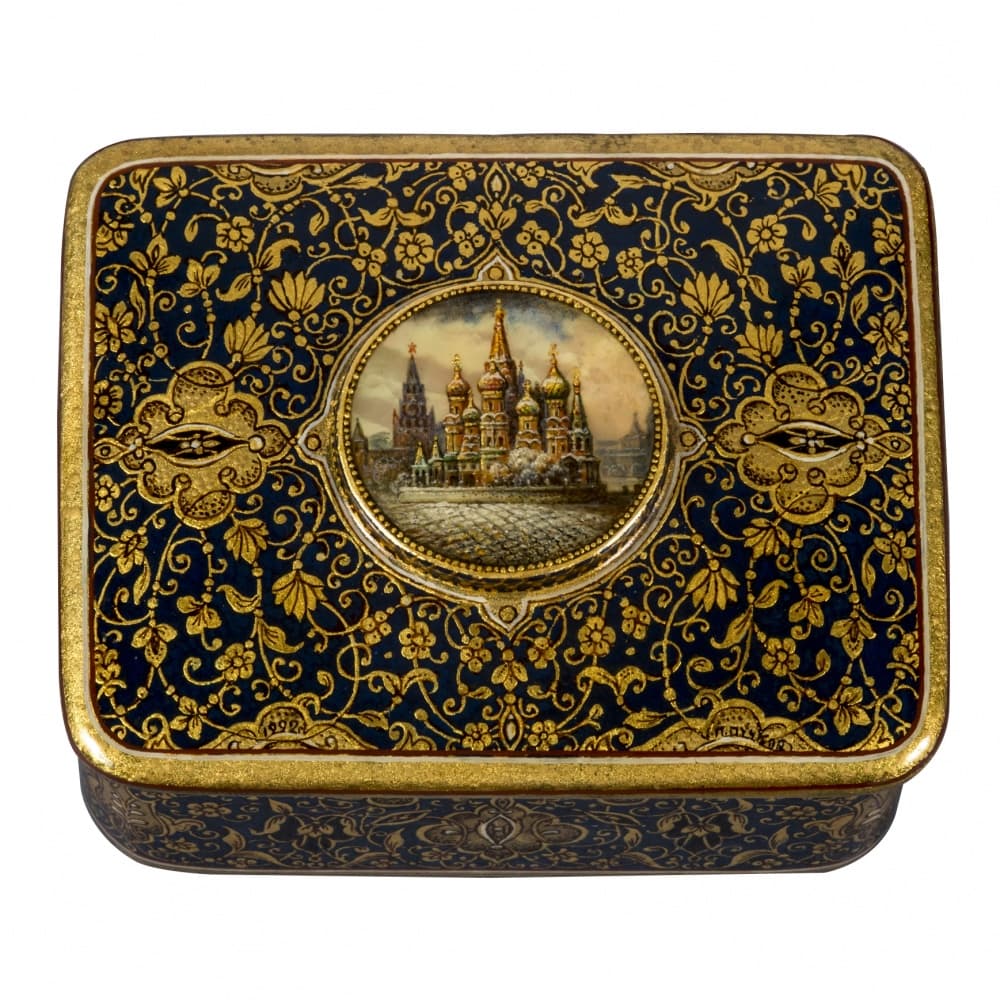 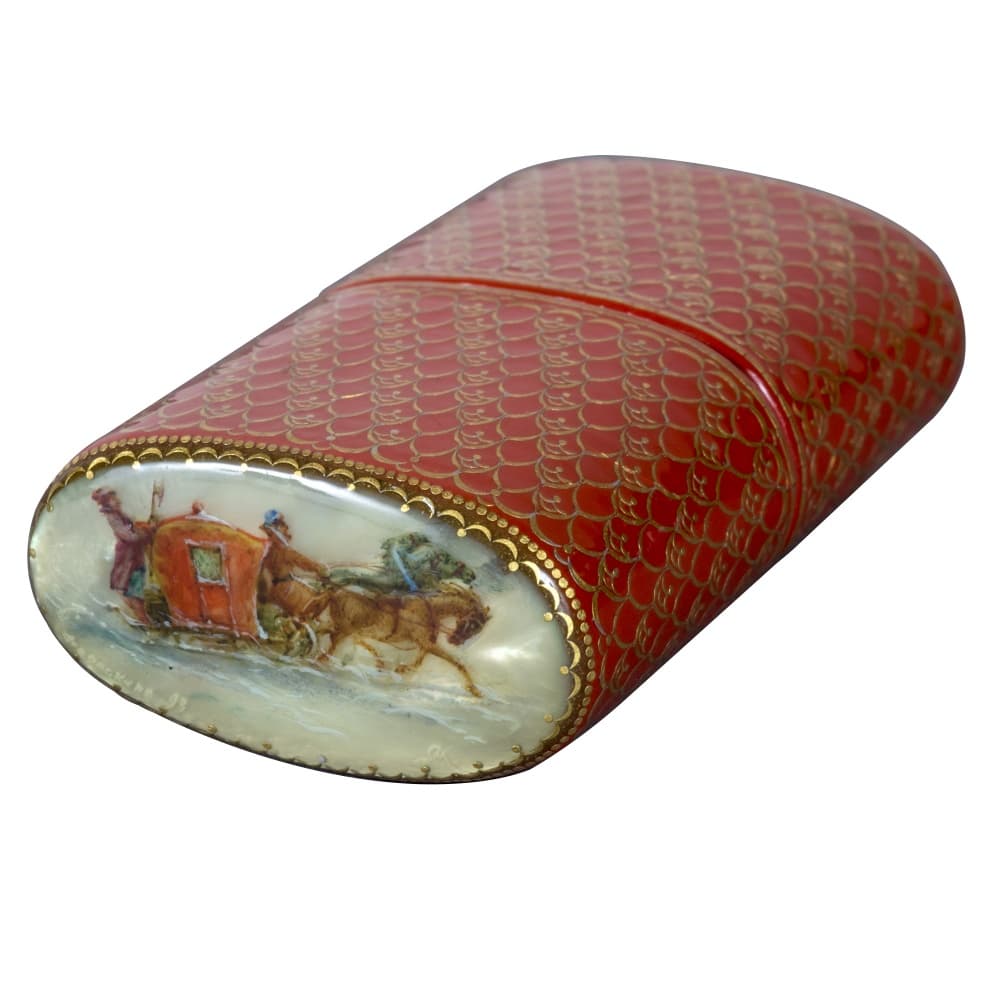 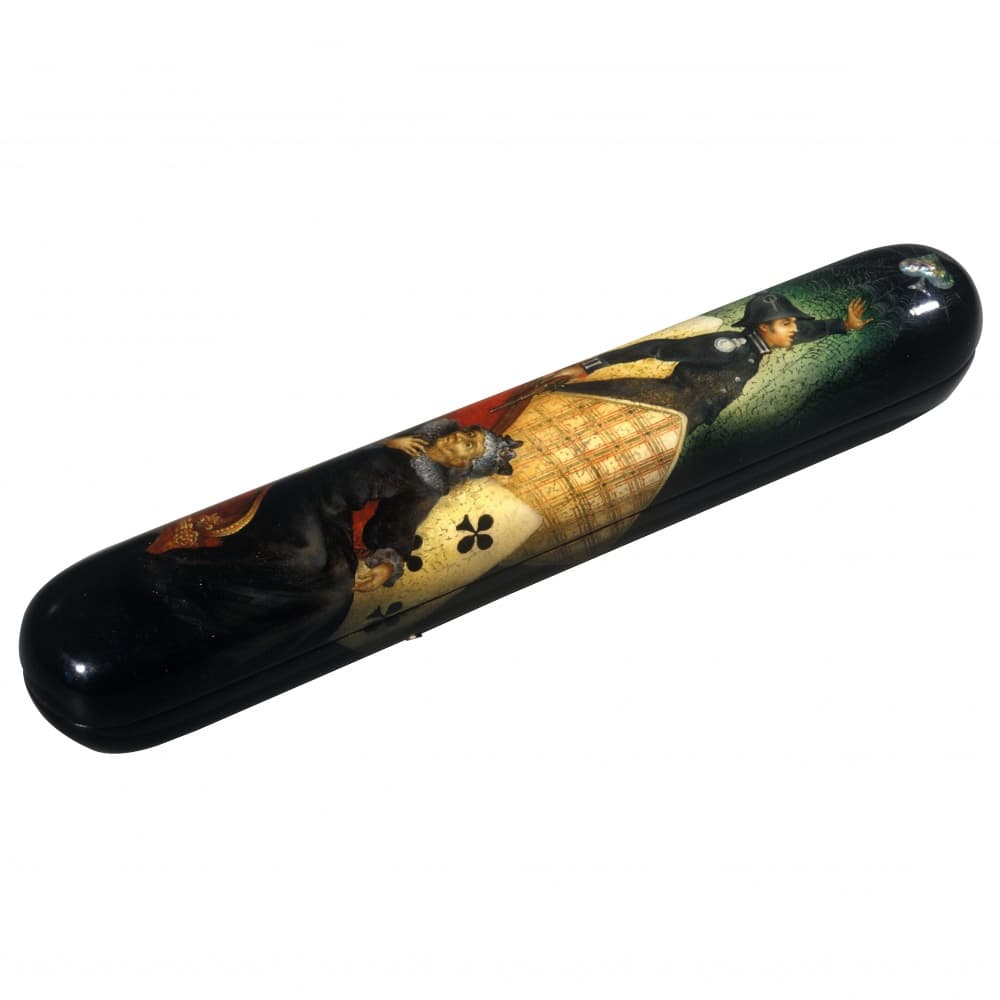 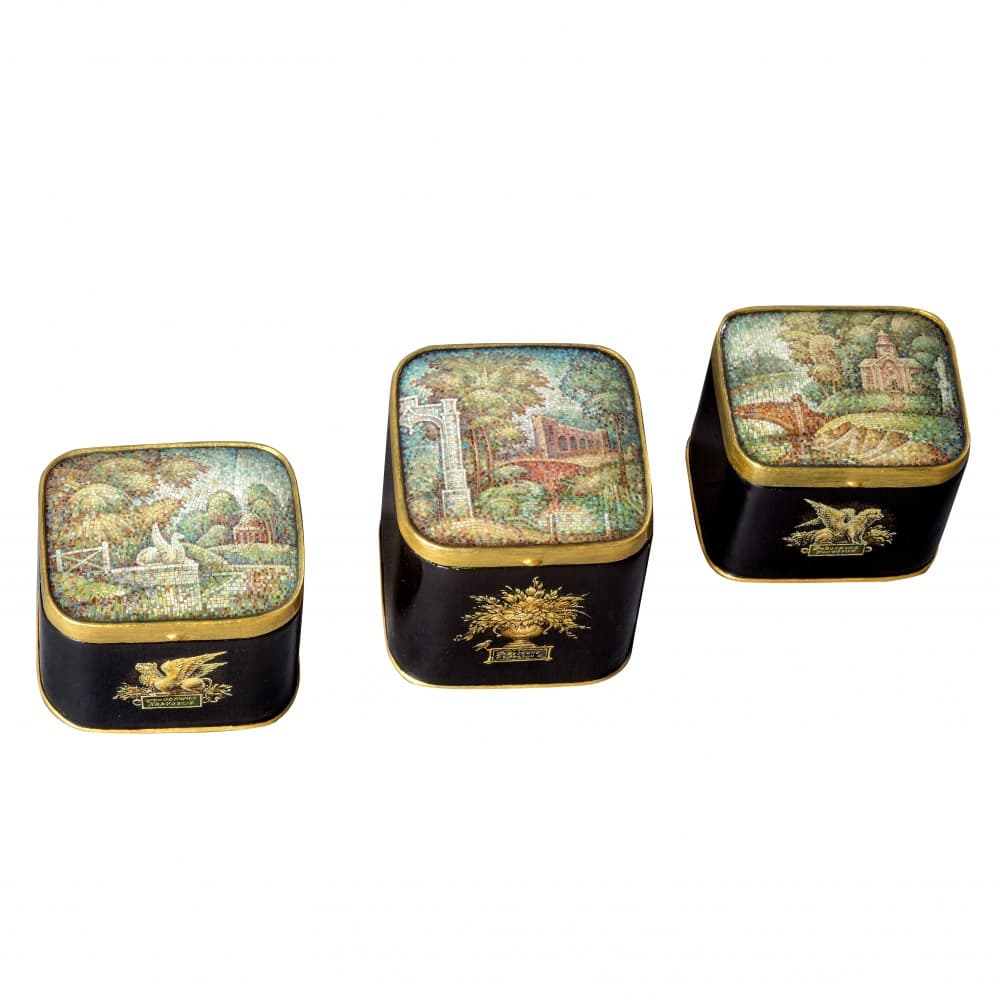 COMPOSITION OF THREE CASKETS "THE VIEWS OF MARFINO" 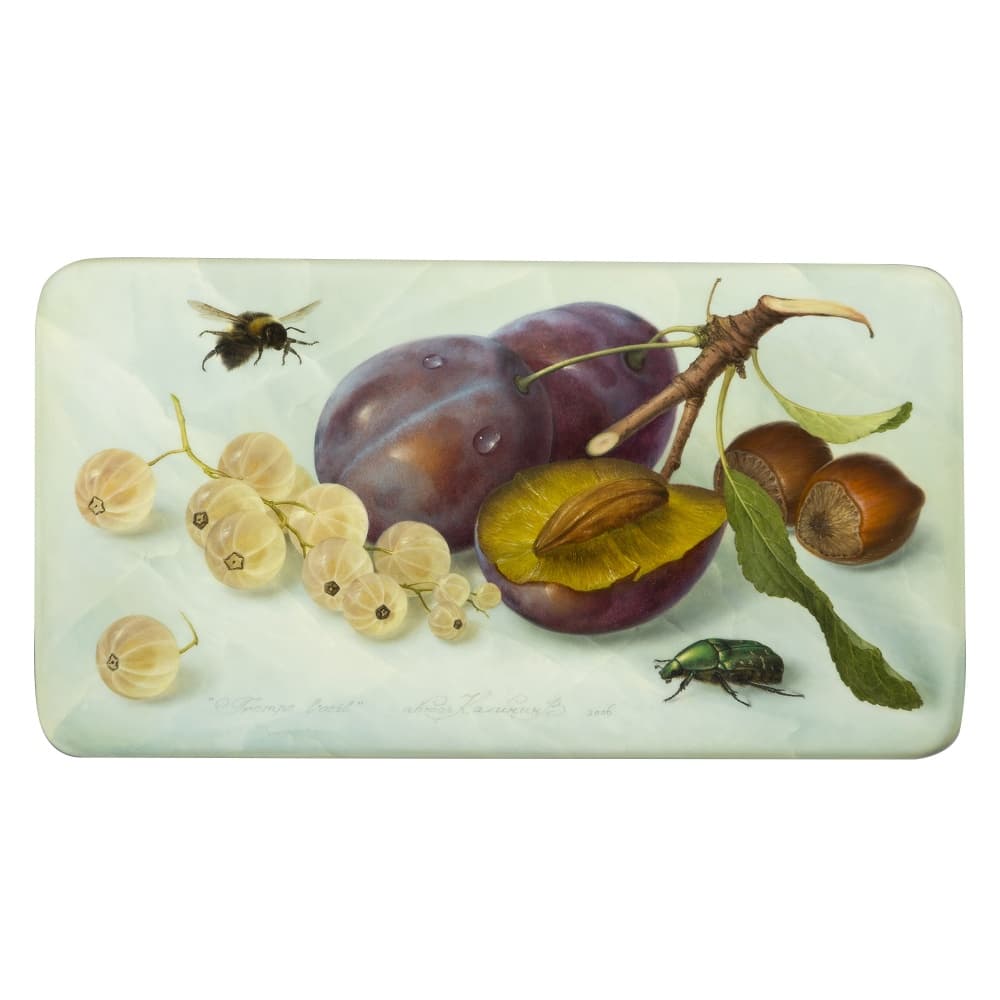 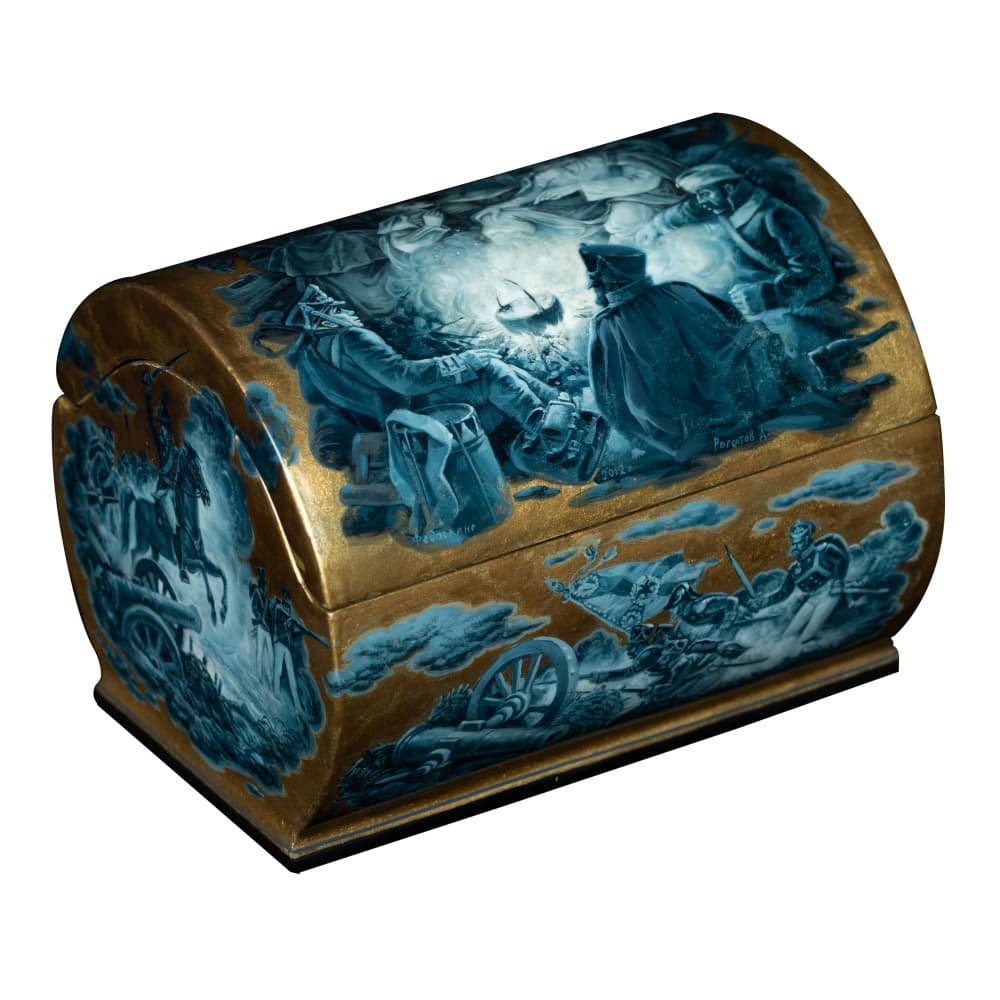 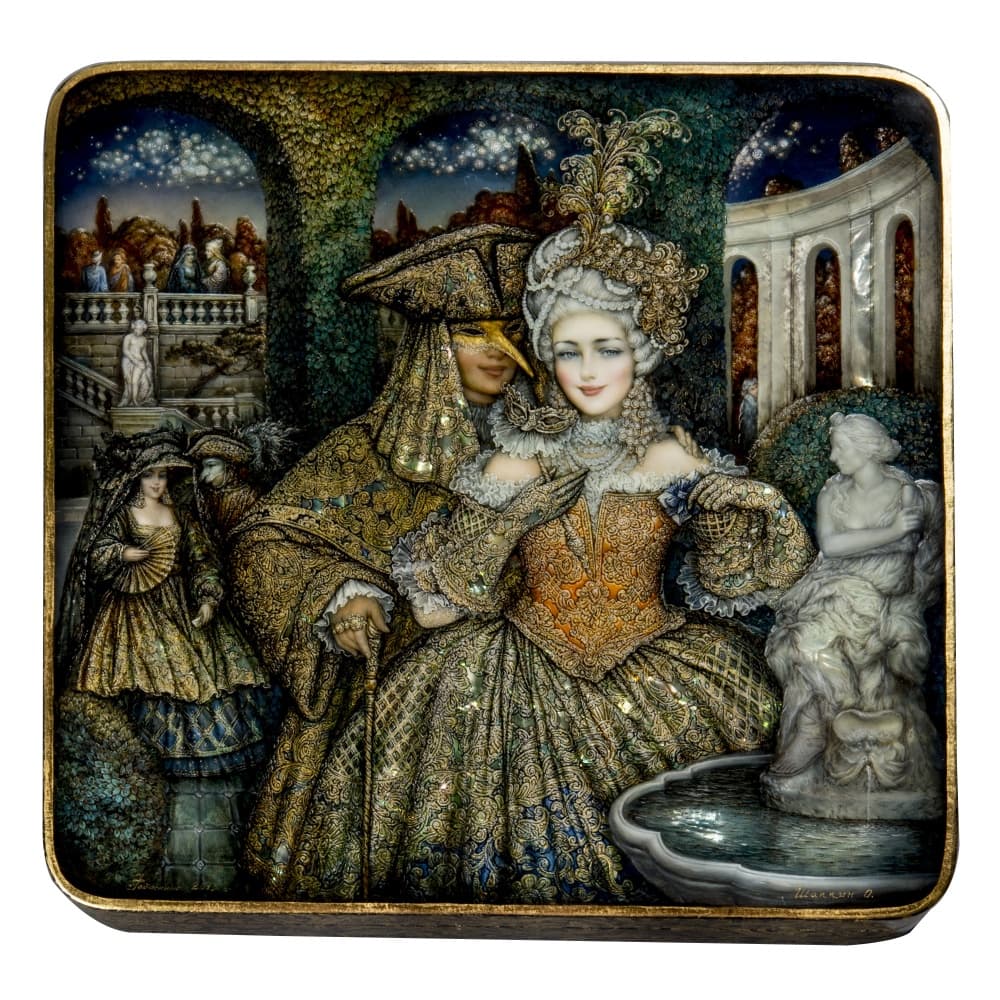 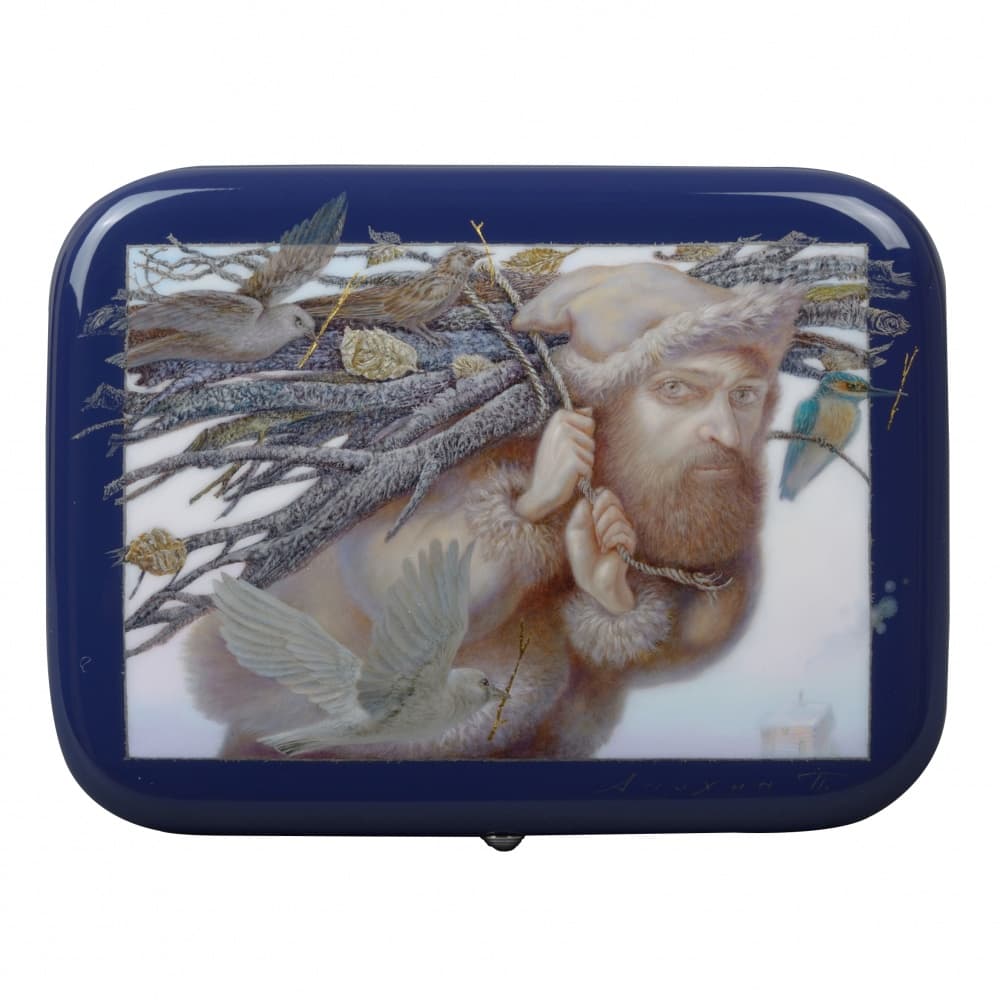 CASKET "RETURNING HOME"
Feedback
Thanks! We have received your request and will contact you as soon as possible