All works of this considerable collection can be divided into several groups. The first includes antique items of embroidery and patterned weaving (towels, trays, tablecloths), which accompanied the life of every peasant family. The names of their creators are often unknown, but each of them is unique, one of a kind, and bears the imprint of the centuries-old traditions of Russian folk art.

This group also includes a collection of objects of national art of peoples of Russia. The works (elements of costume, embroidery and weaving) of some peoples of the Volga region (the Tatars, the Mari, the Mordva and the Chuvash), the Far East and the North Caucasus are represented to a greater extent.

Another group combines objects, typical for the urban environment of XVIII - early XX century. These are embroidered panels, purses, bags and purses, as well as items of the so-called "urban dowry": table and pastel linen with exquisite embroidered and lace patterns, bedspreads and covers. All of them were created in the estates, monasteries and urban workshops and were influenced by the general European fashion. This group also includes a collection of beads from the XIX century and the early XX century.

The third significant part of the museum's collection is a collection of lace of the XVIII - early XX century. Of particular interest are the samples of golden and silver lace, as well as scarves, kerchiefs, bedspreads, capes and other items woven from silk, linen and cotton threads.

One of the largest sections includes a collection of objects created in the textile industry, ranging from samples from workshops of the late XVII century, manufactories of the XVIII - XIX centuries and up to the factory products of the XX - early XXI centuries. These are separate samples of fabrics, headscarves and shawls with woven and printed designs from the end of the XVII century to the beginning of the XXI century. In the same group all style trends of the Soviet industrial textiles are represented both in the form of individual samples and in the form of entire author's collections of production artists.

Another large thematic section presents products of traditional crafts of the XX century. Samples of ancient embroidery, weaving and lace became an inexhaustible source of inspiration for masters in Soviet Russia, and the best pieces were added to our collections which have no analogues in museum collections. These are products of artels and factories in Torzhok, Kresttsy, Tarusa, Mstyora, Ivanovo and the Ivanovo region, the Nizhny Novgorod region, the Ryazan region, Cherepovets, Vologda, Yelets. They have won worldwide fame and have been awarded medals at international art and industrial exhibitions.

The leather collection is not large. As for the composition and type of items, it matches the collection of art textiles, supplementing it with interesting objects that demonstrate different methods of artistic processing of such a difficult material as leather.

And, finally, the works of authors' textiles of the second half of the XX century - the beginning of the XXI century. These are the works of leading artists from Moscow, St. Petersburg and other Russian cities, made in the techniques of painting on fabric, hand printing, embroidery, patchwork mosaic, appliqué, collage and mixed technique. The works of authors' textiles collected in the museum funds show a variety of methods of artistic decoration of fabric and the unlimited possibilities of the art of textiles, the search for new artistic solutions and forms of expression, a deep understanding of the processes of contemporary art. 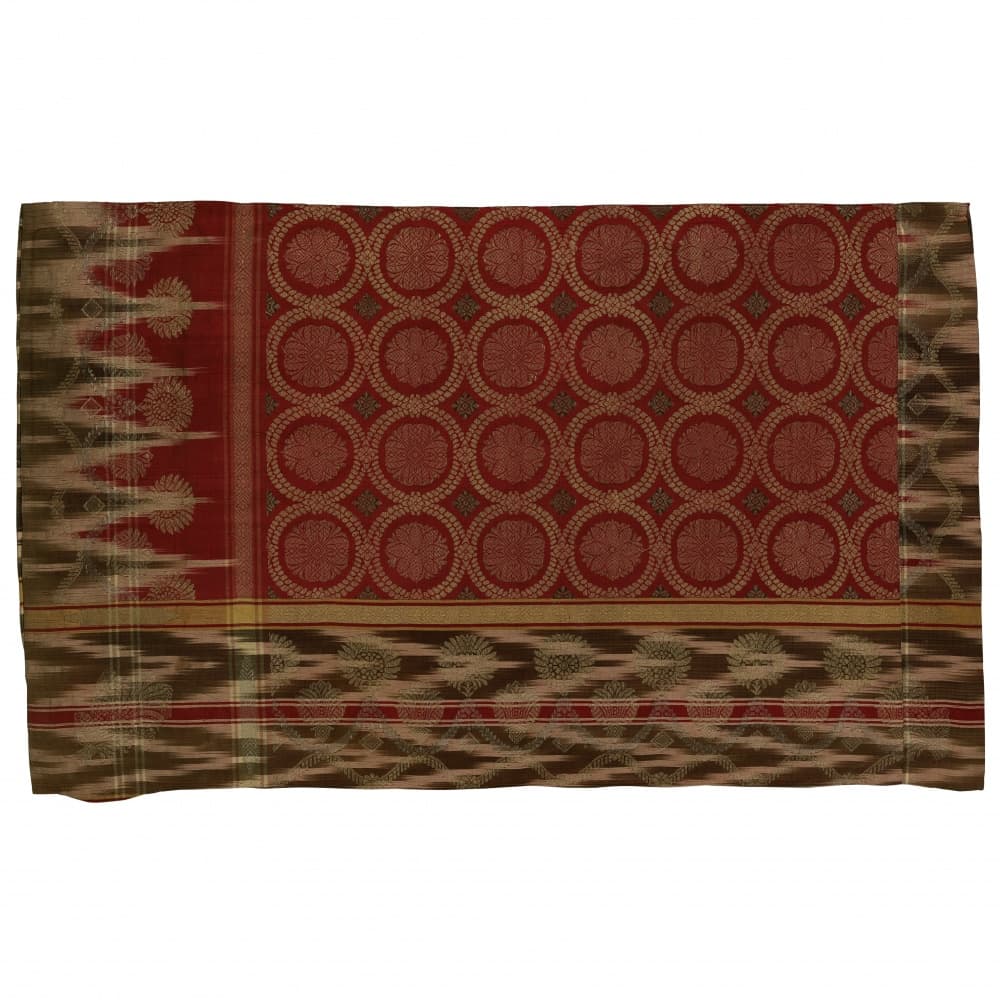 FRAGMENT OF A VEIL 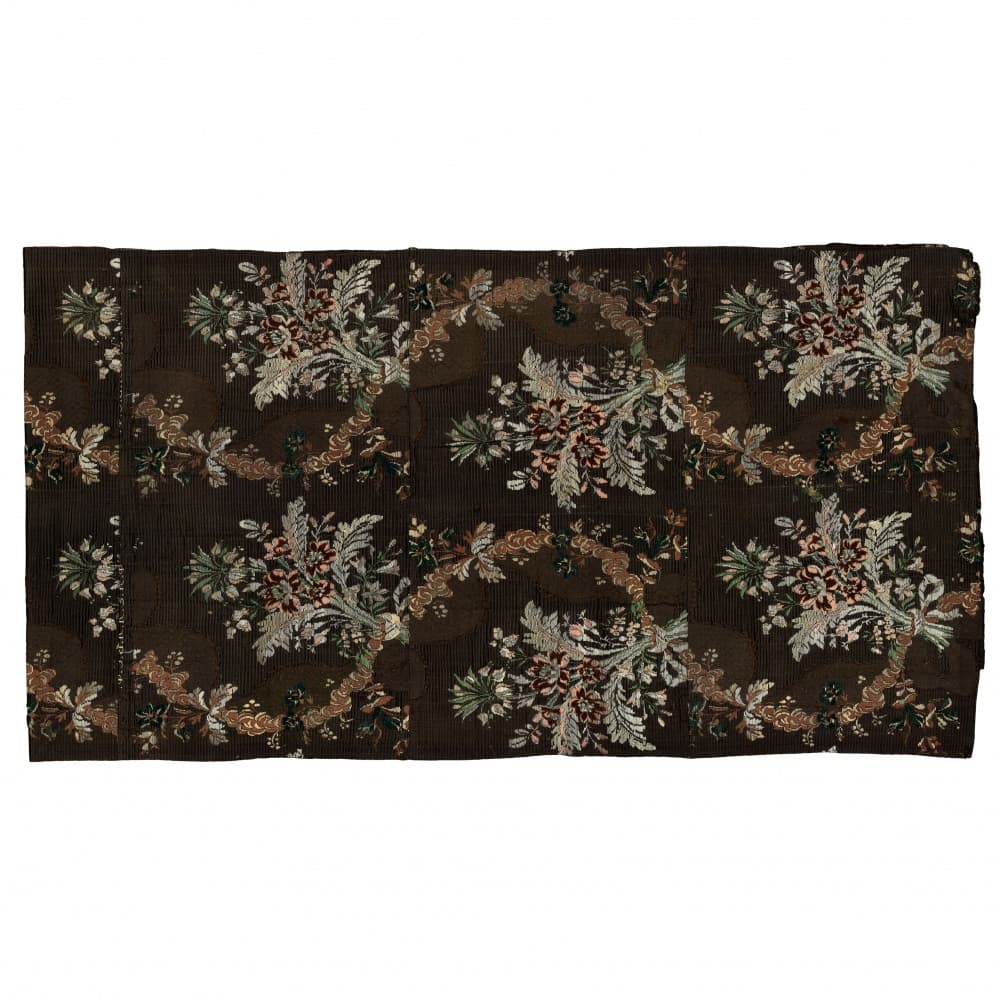 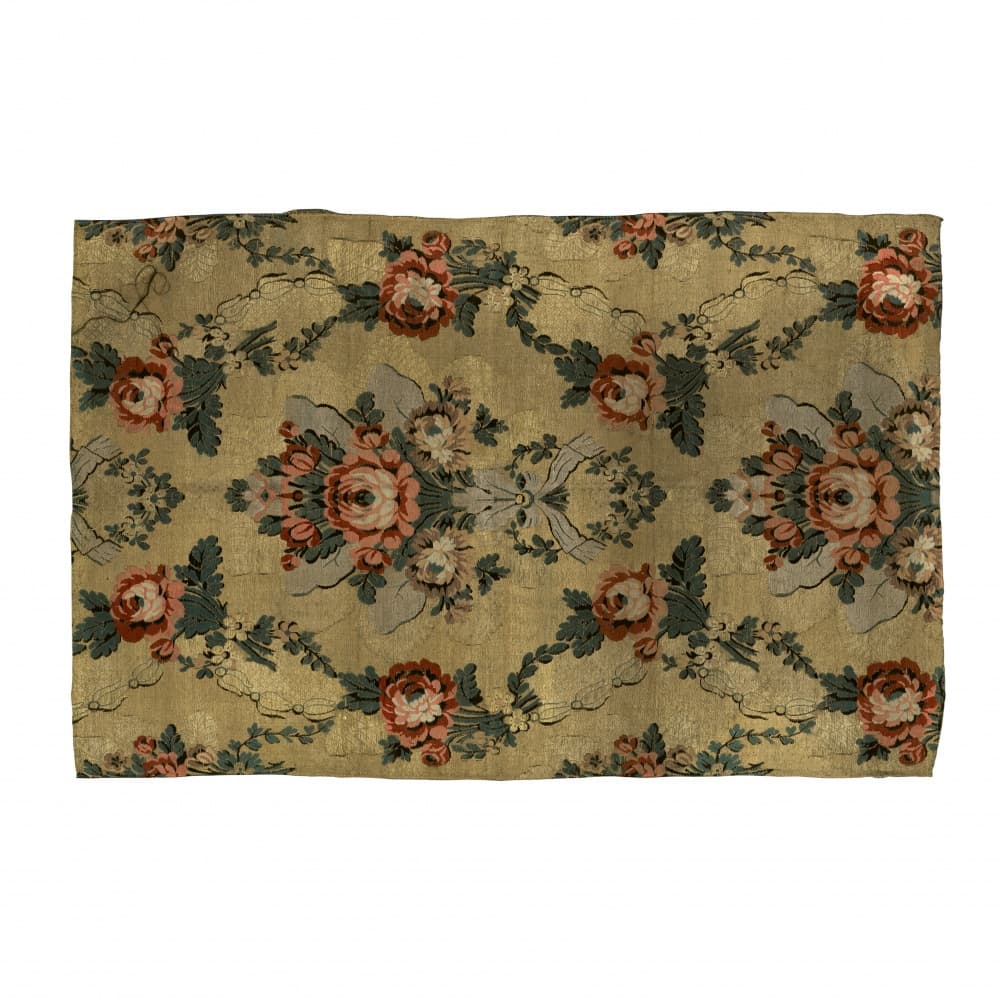 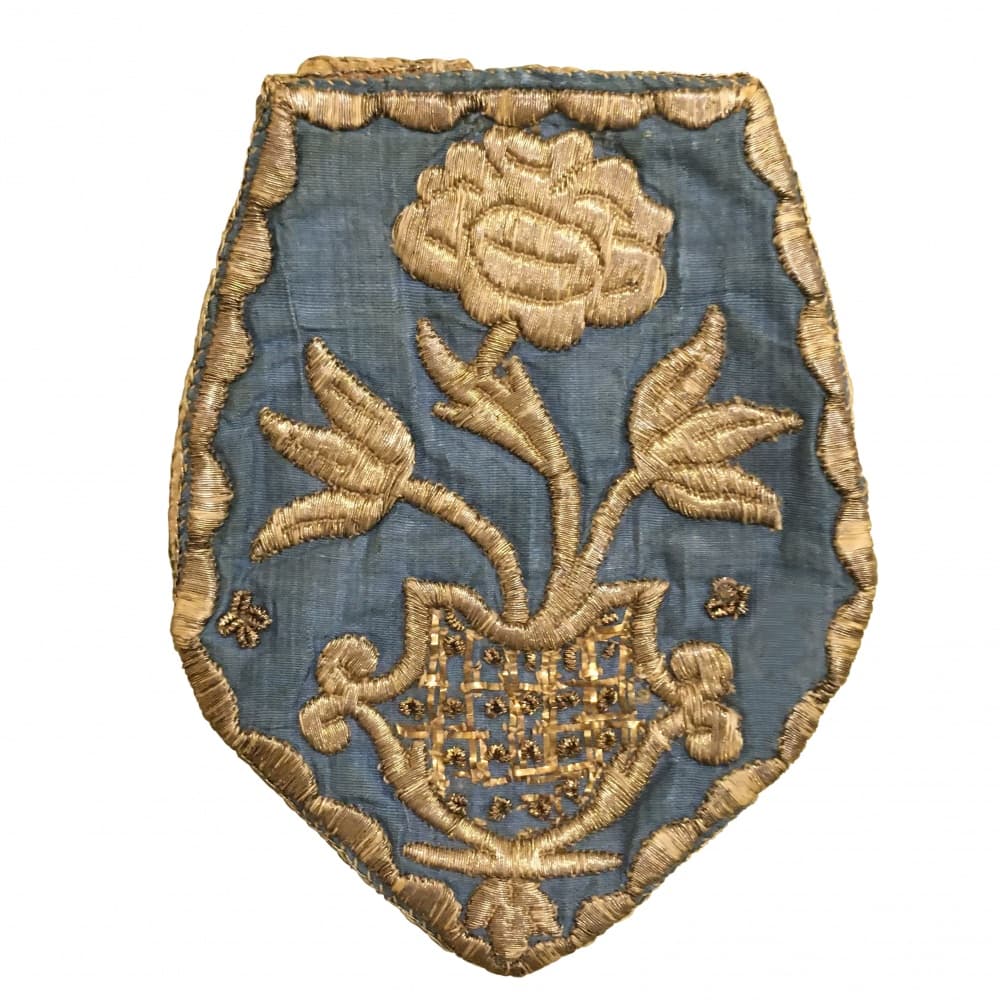 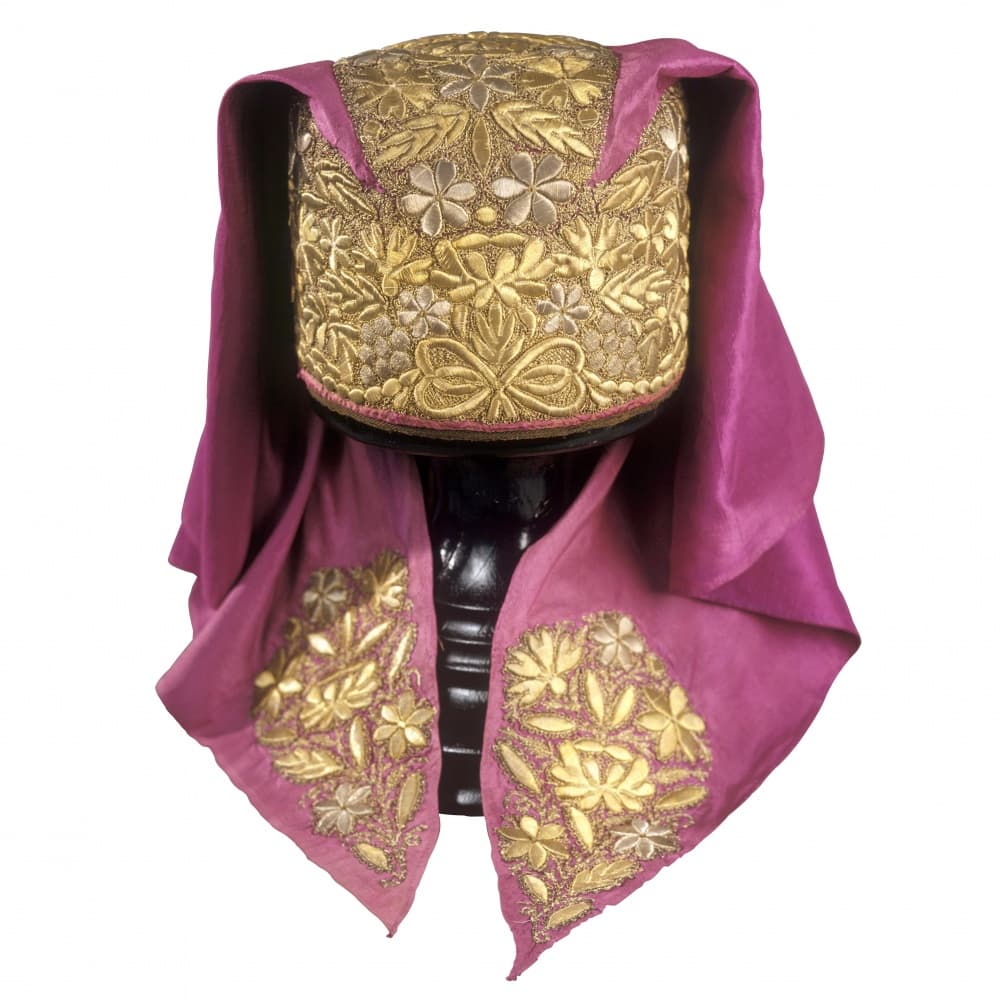 HEADSCARF OF A TRIANGULAR SHAPE 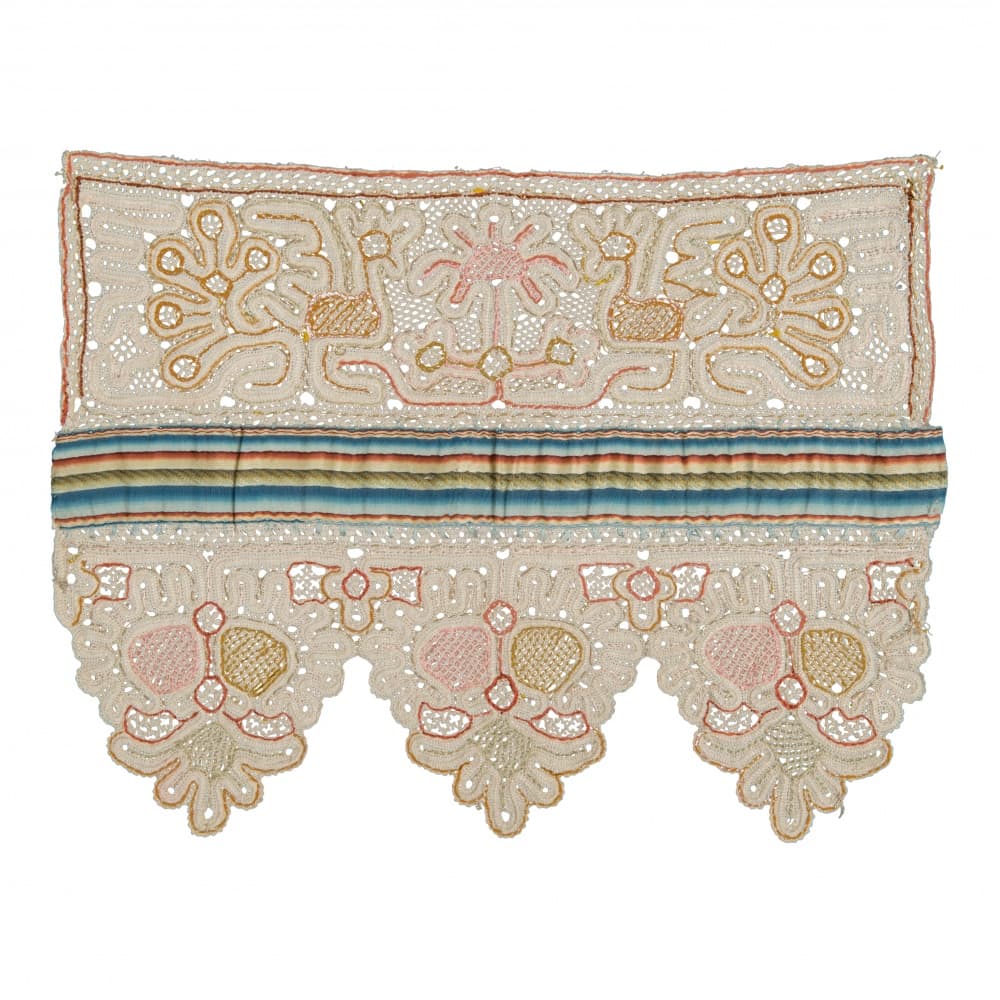 LACE END OF A TOWEL 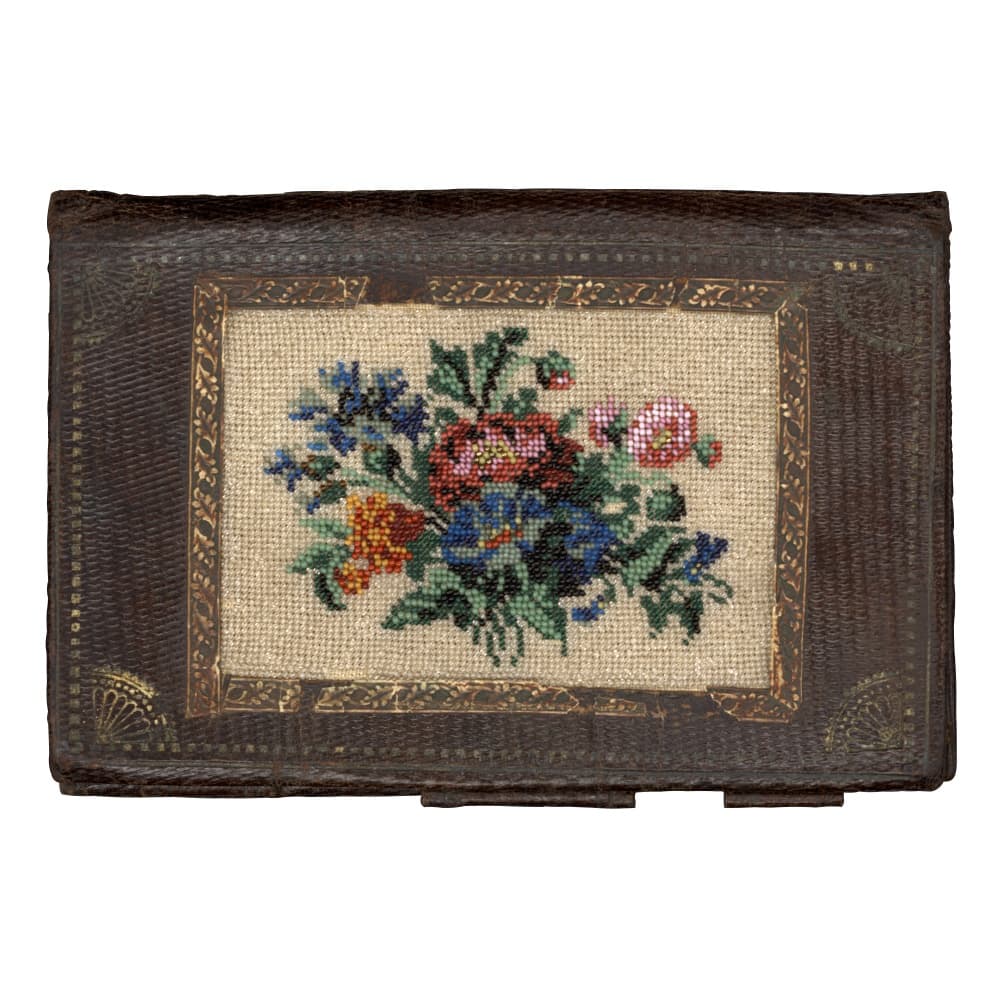 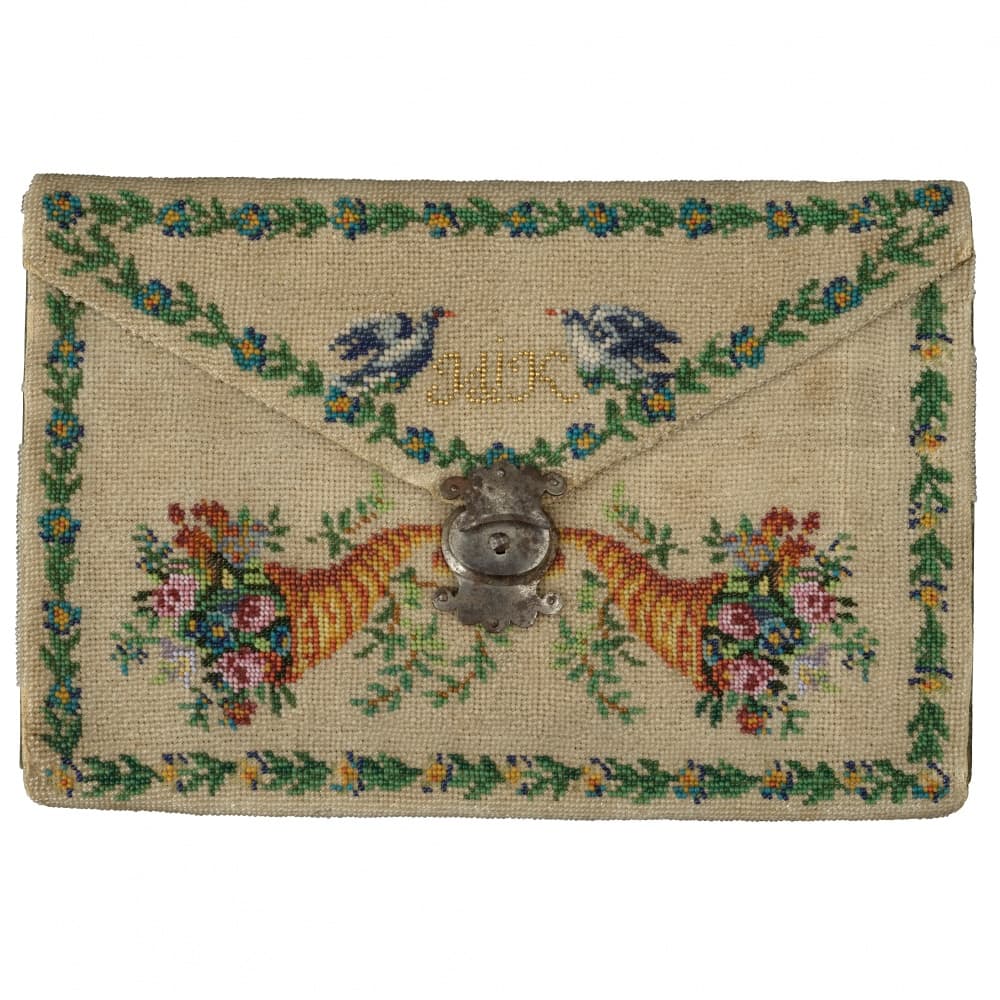 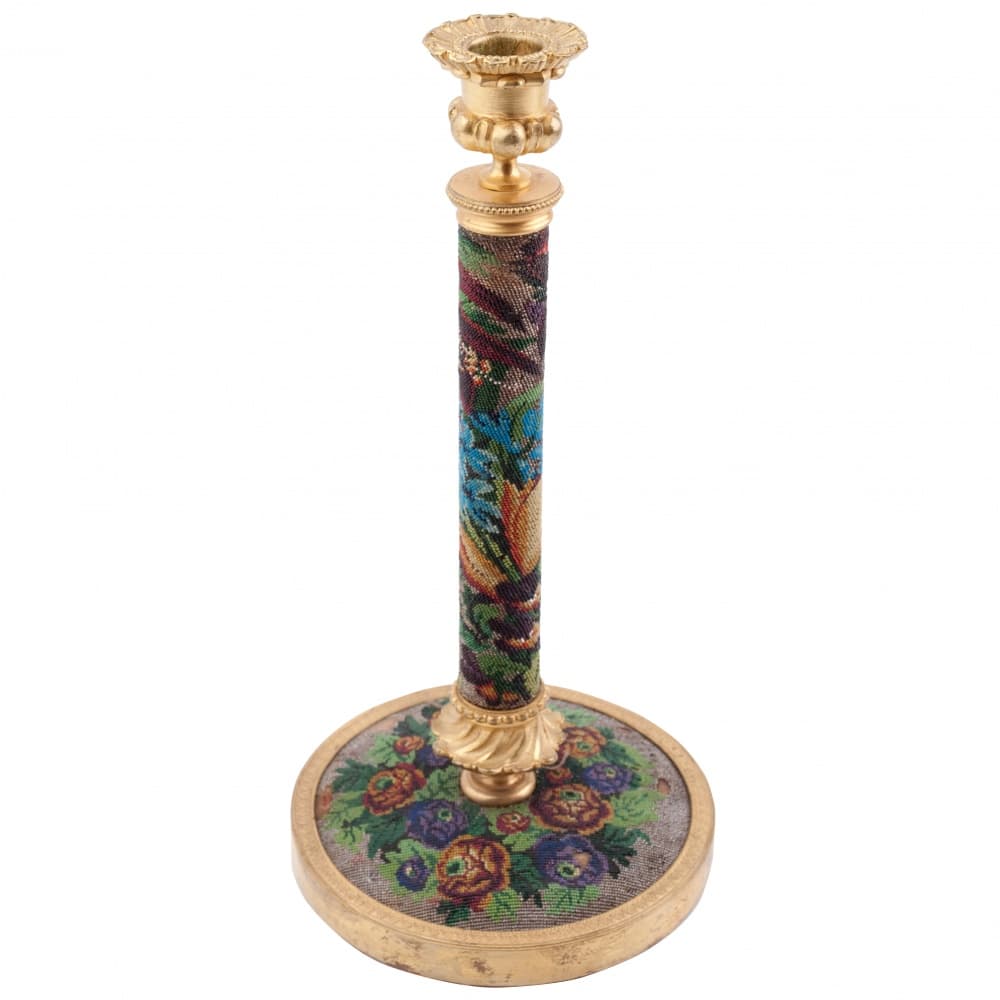 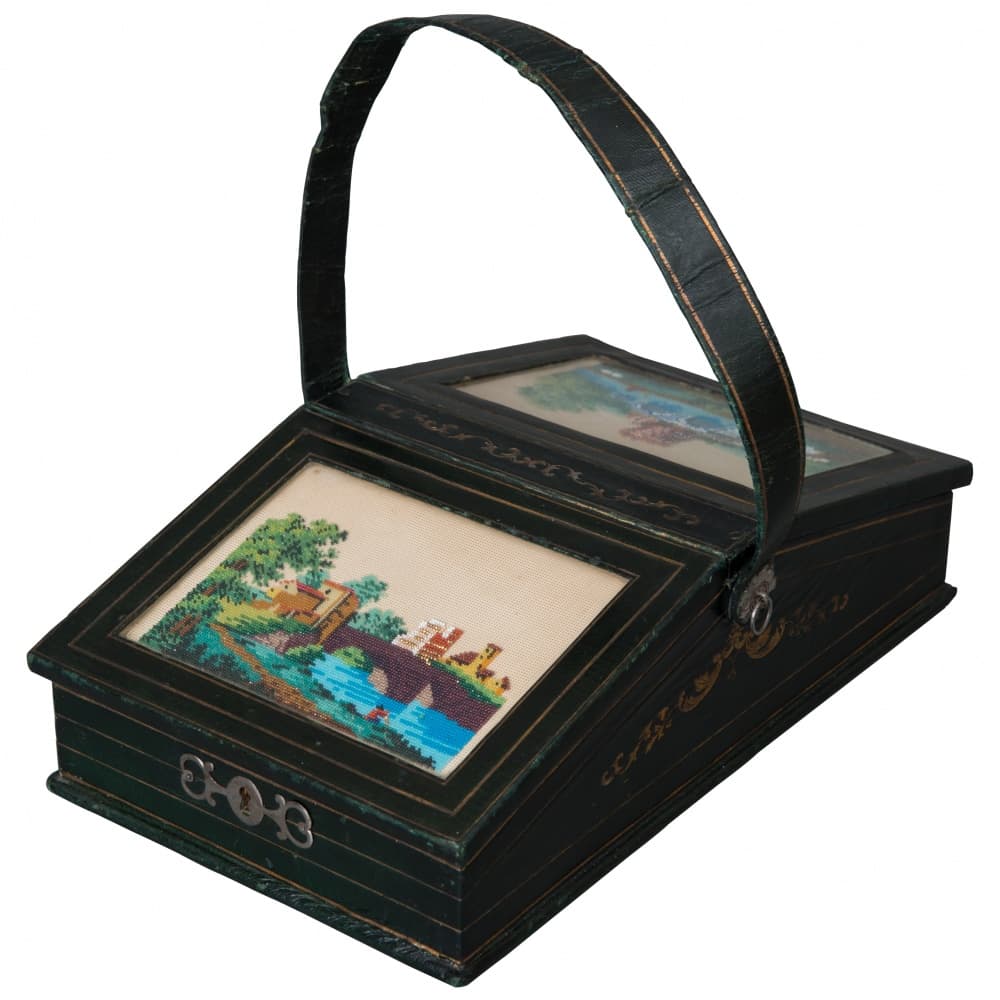 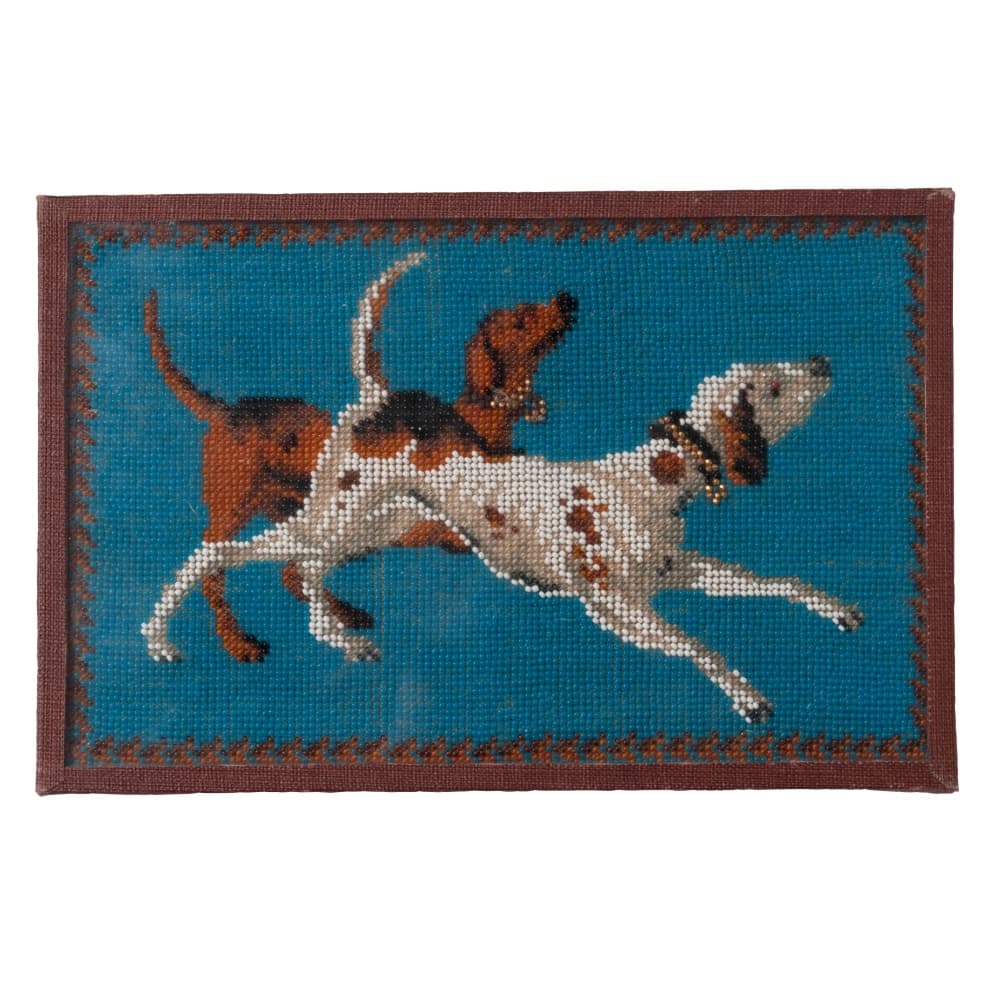 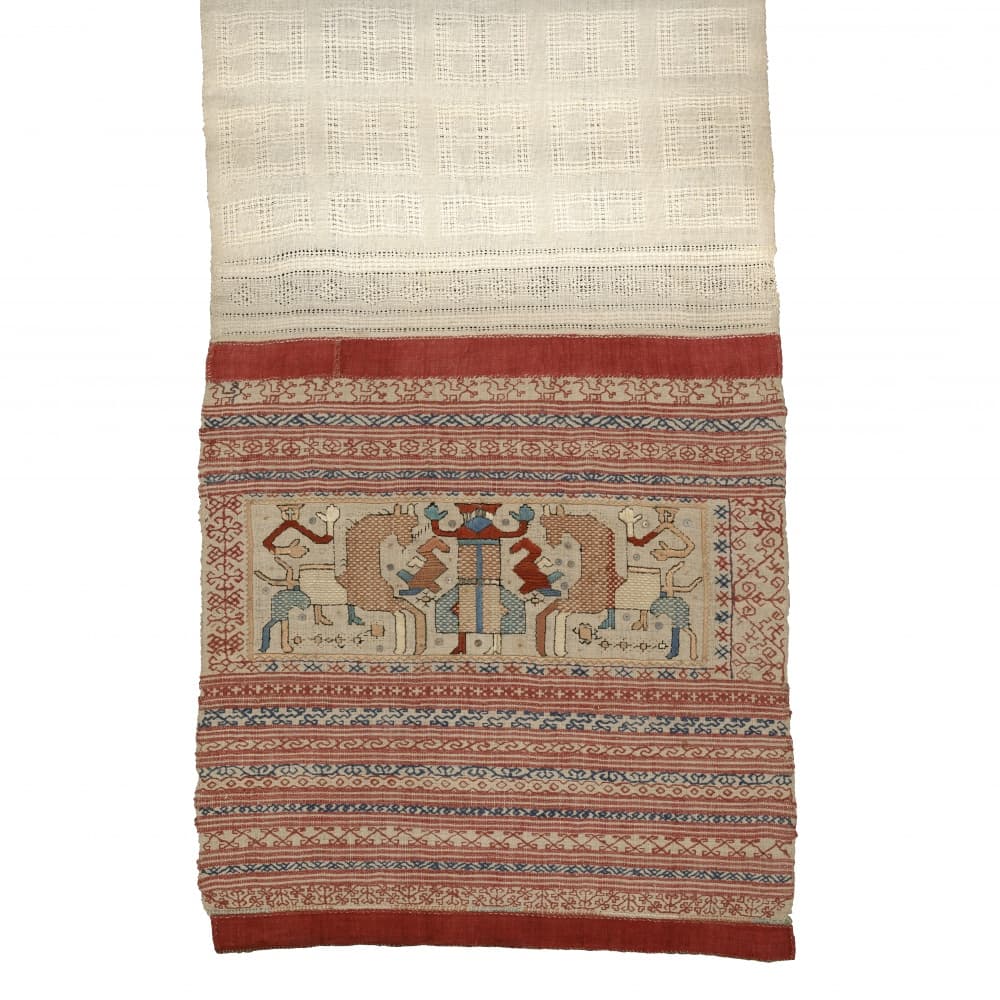 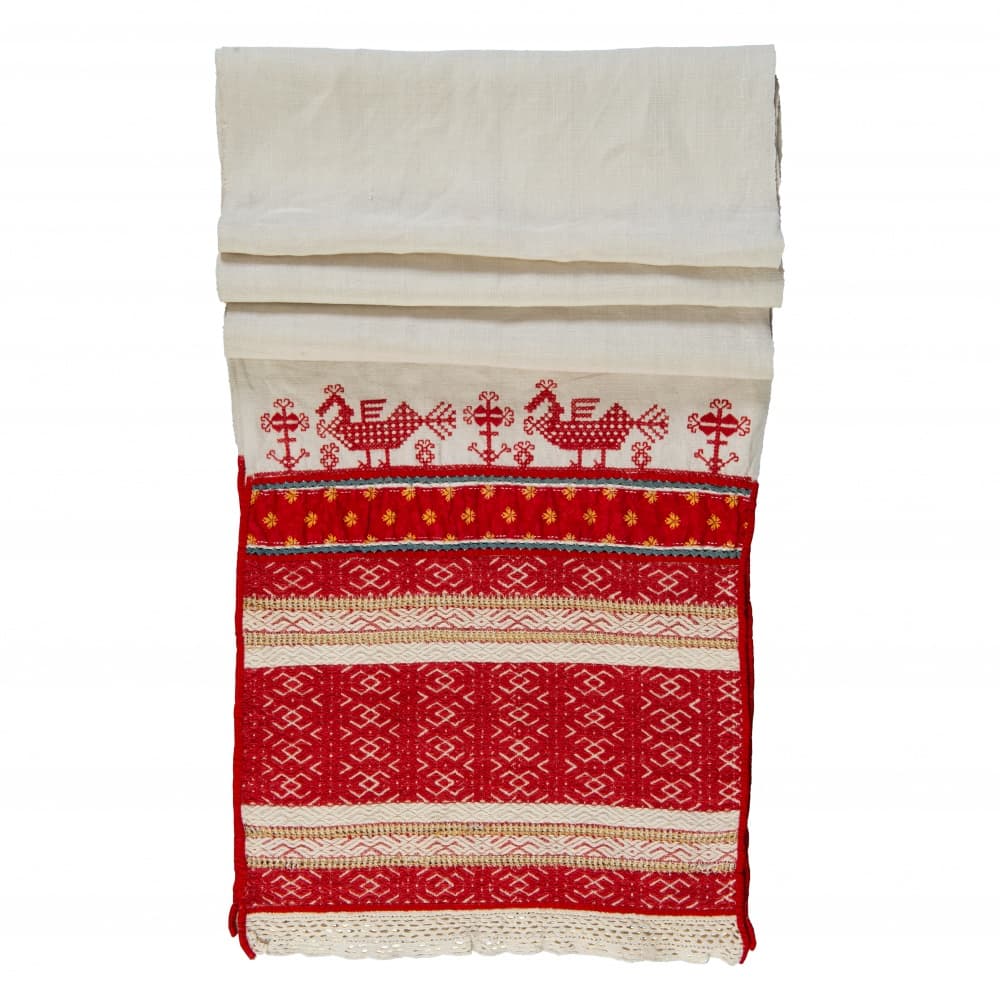 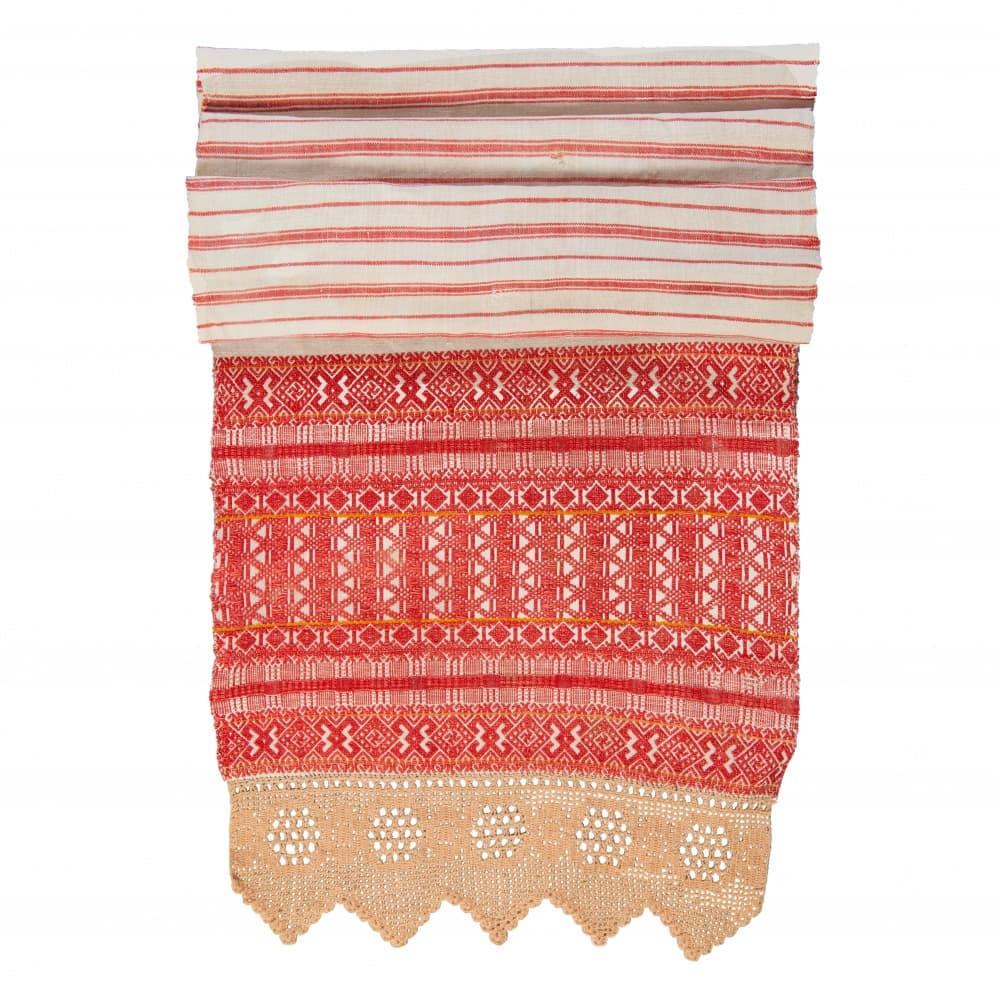 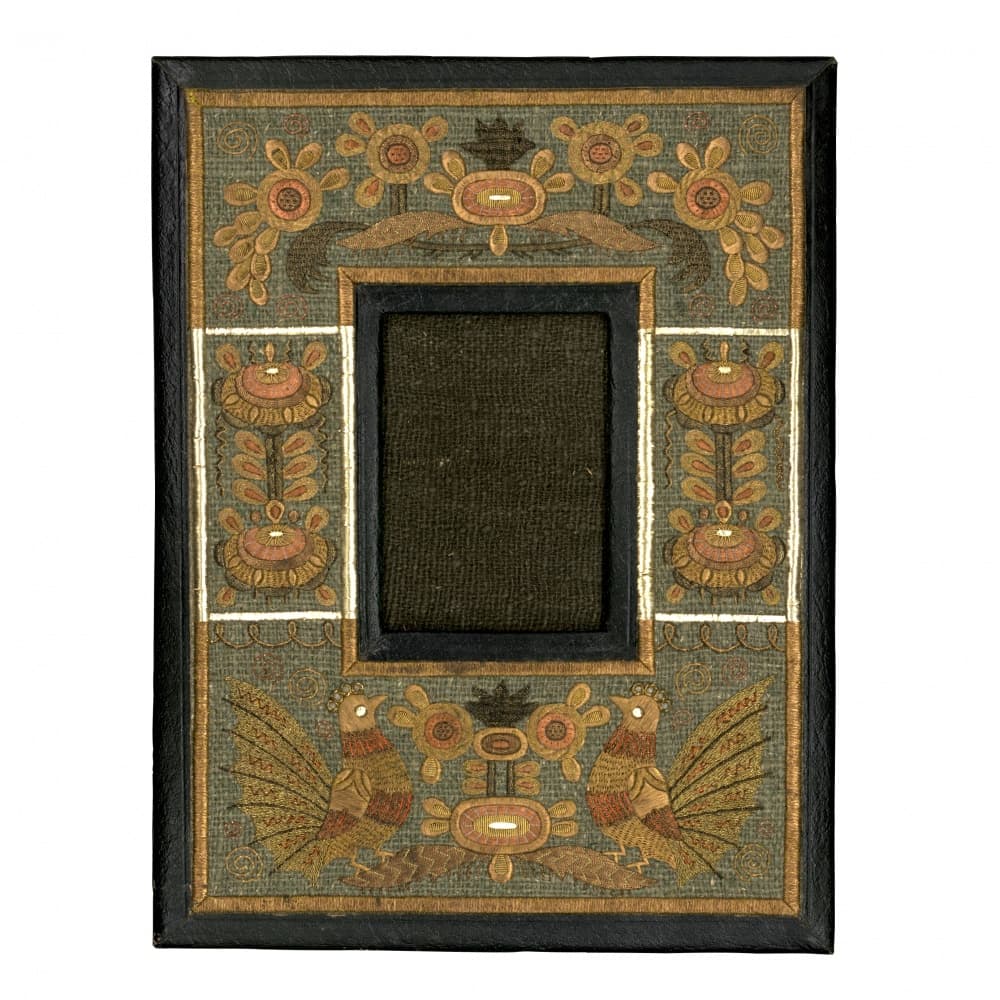 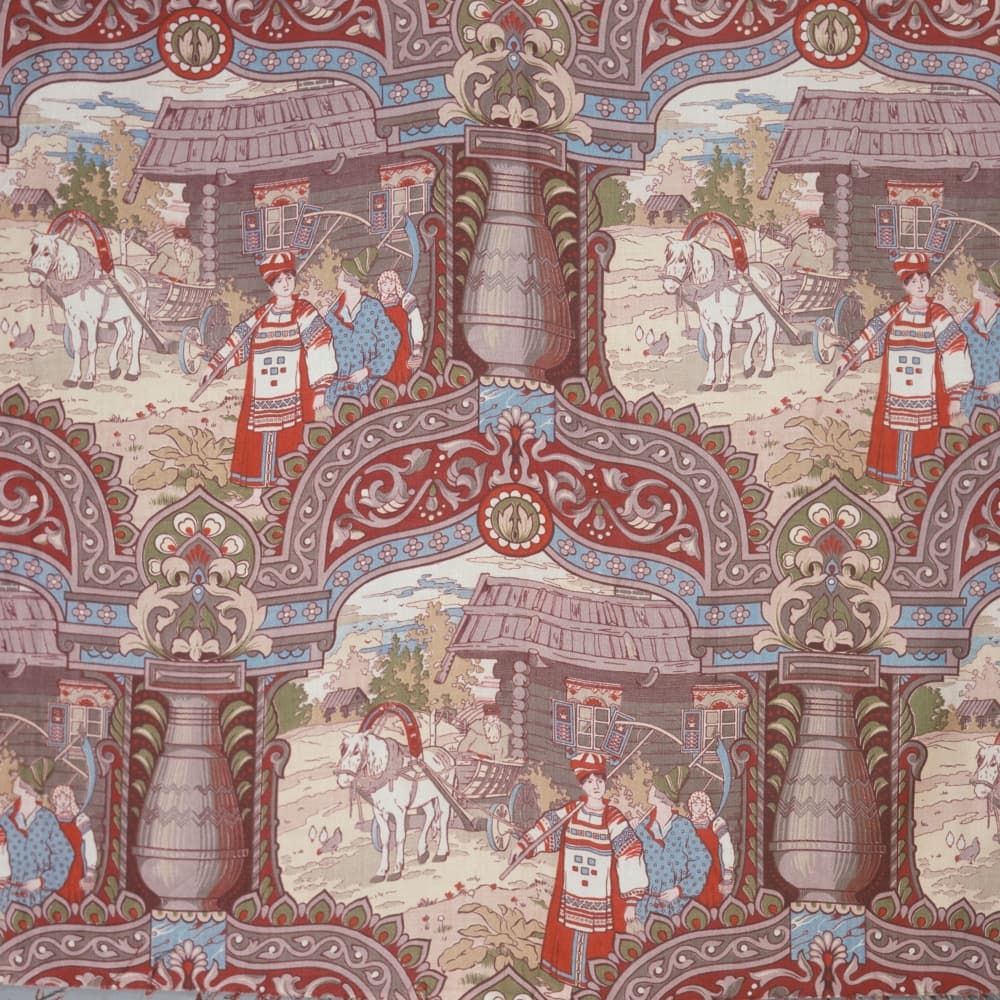 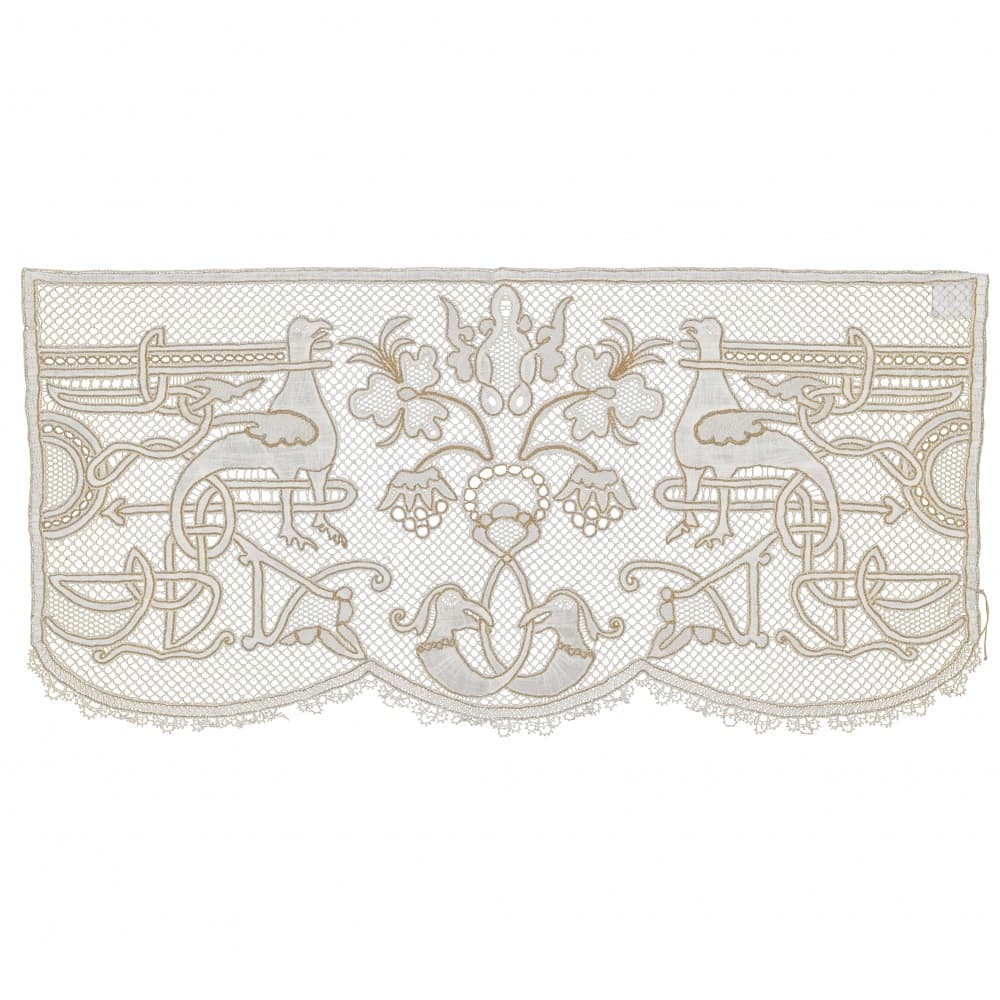 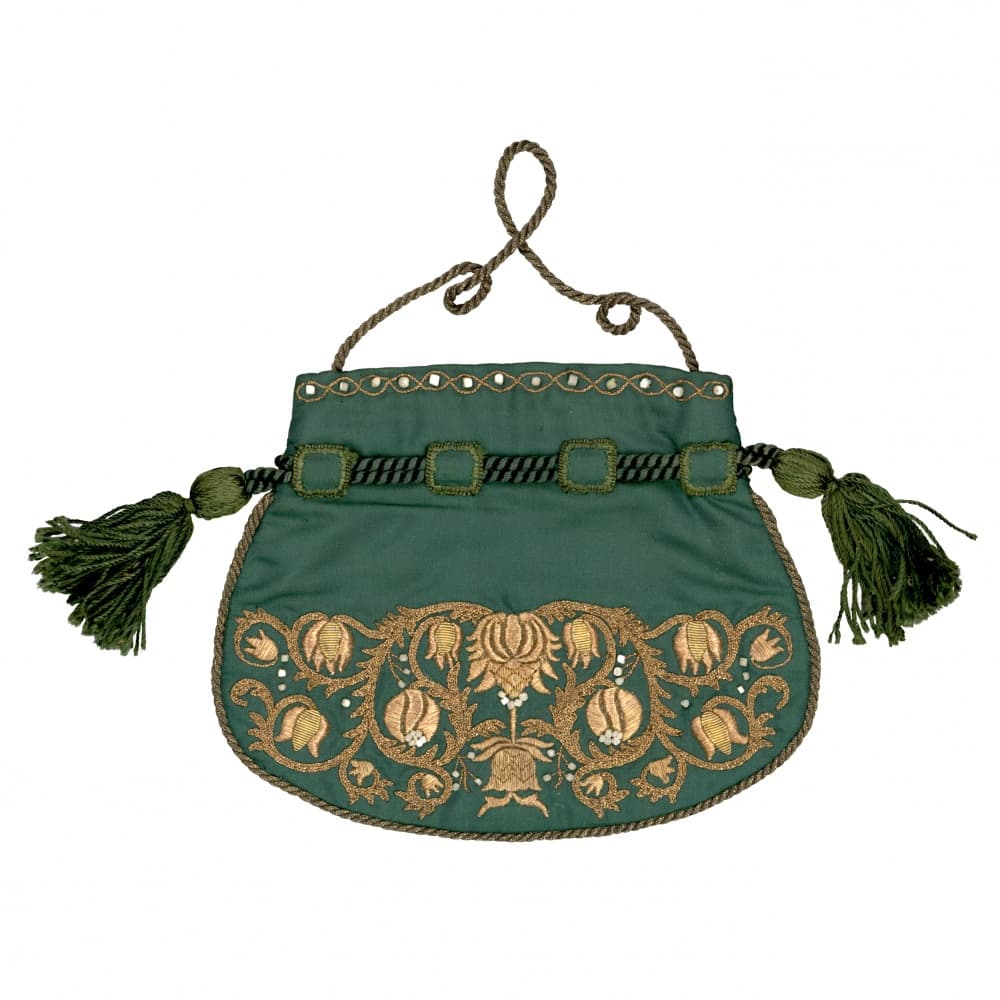 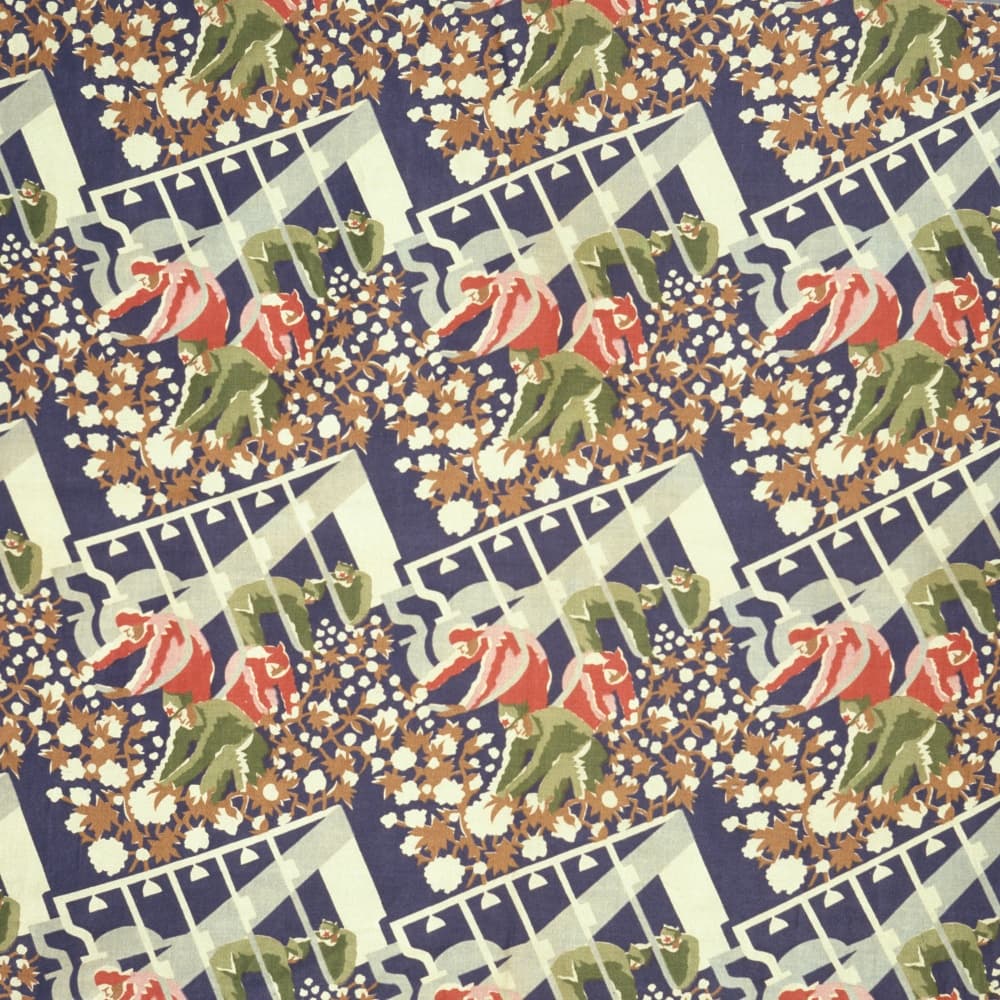 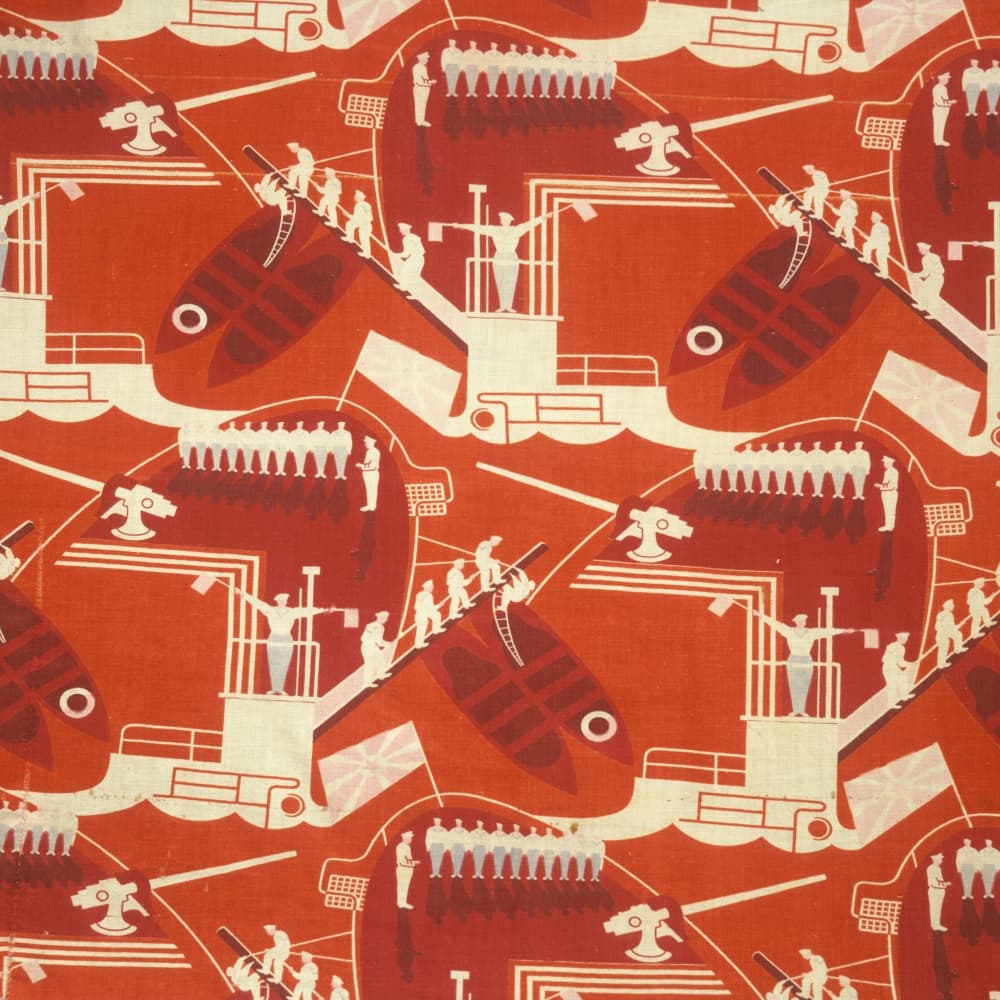 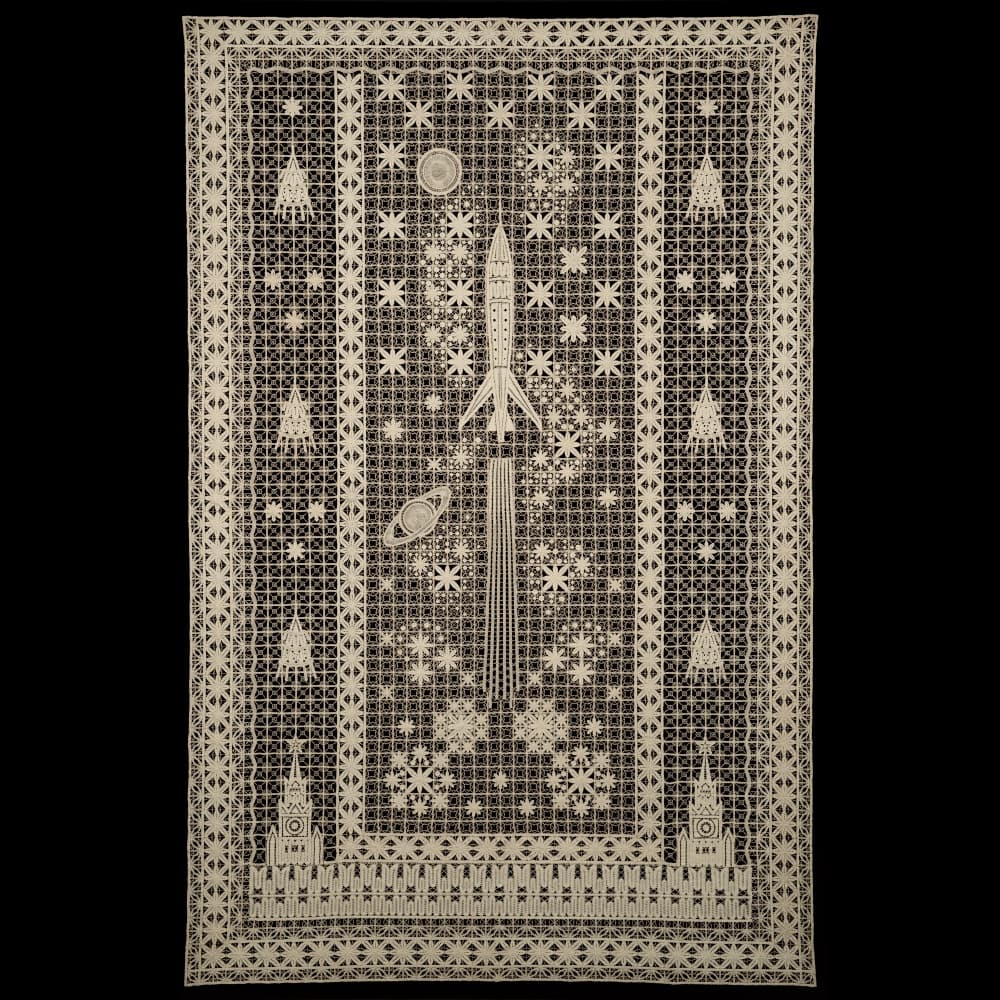 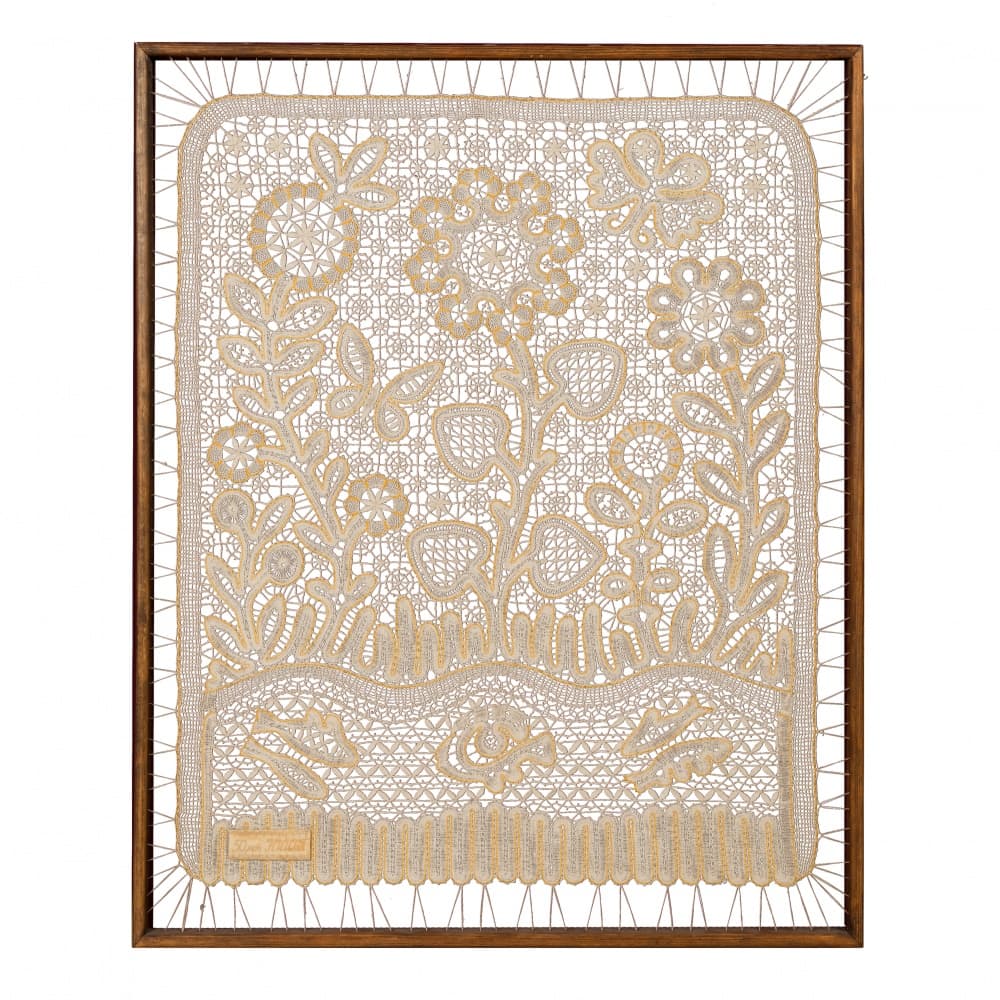 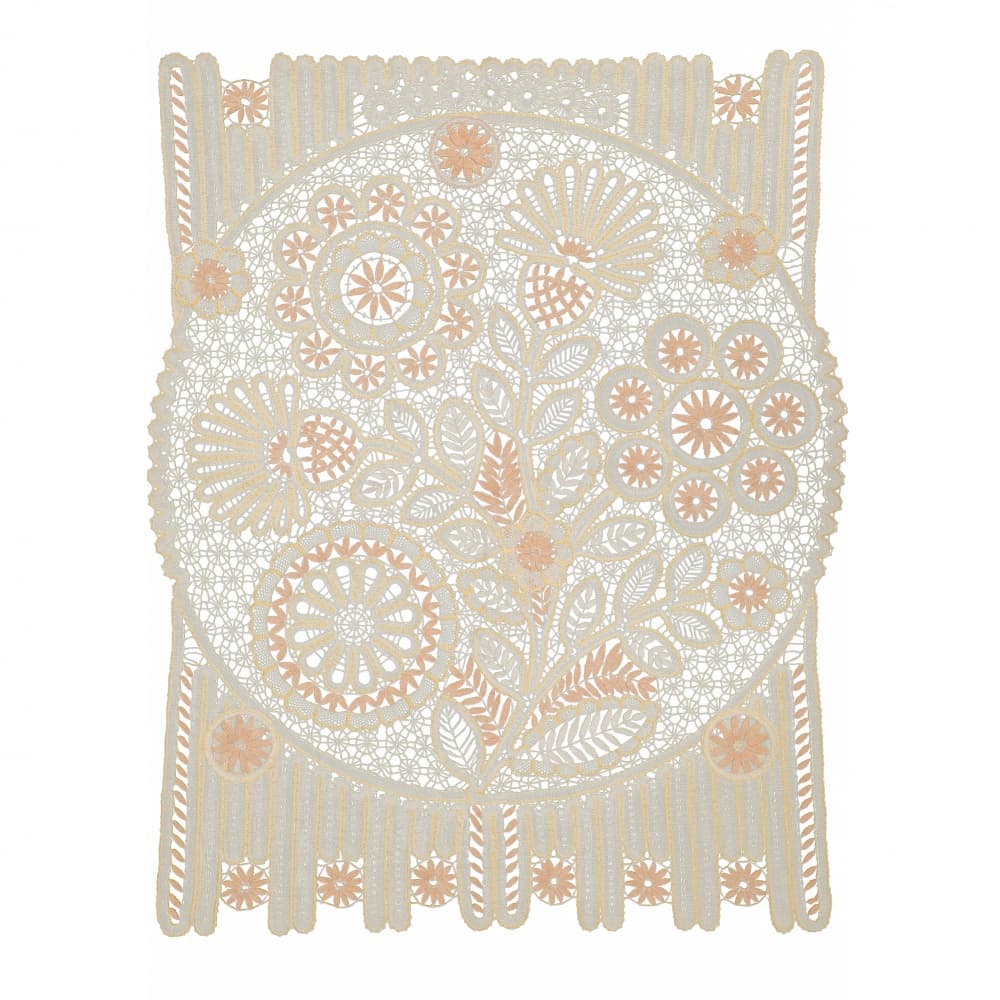 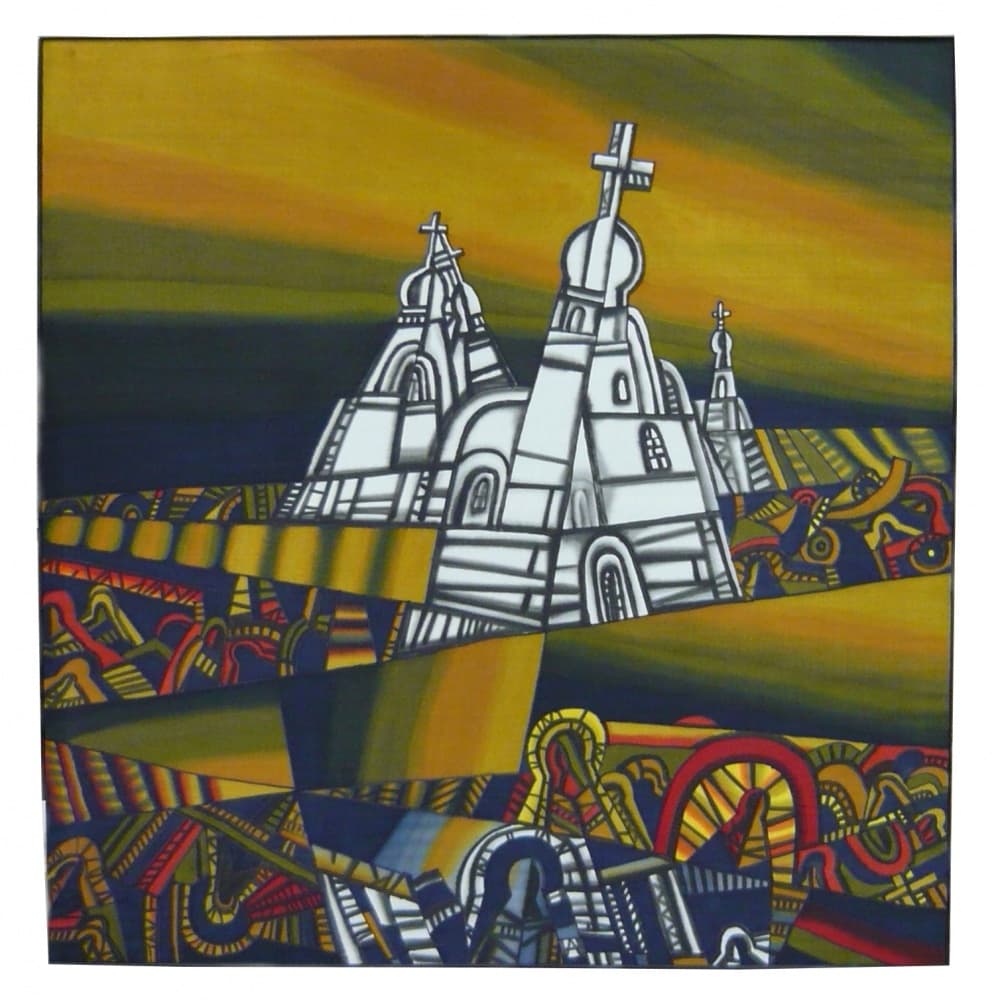 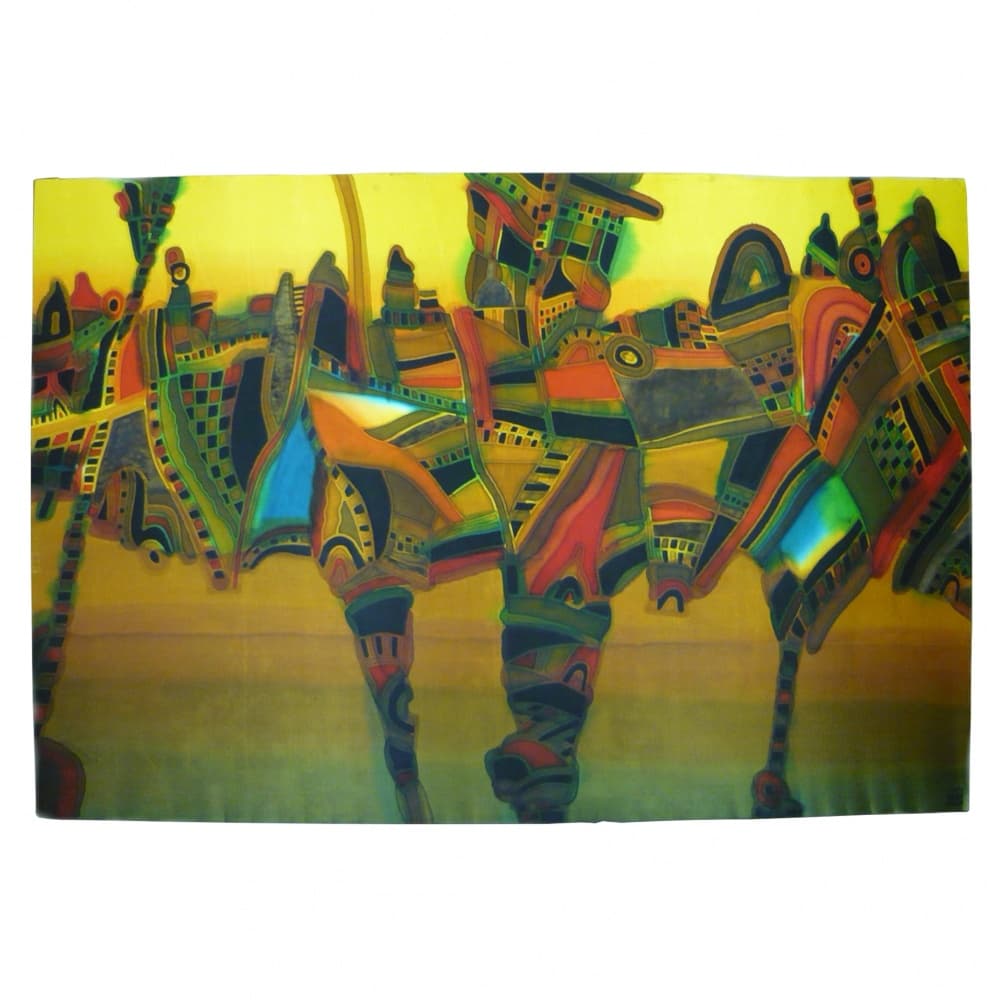 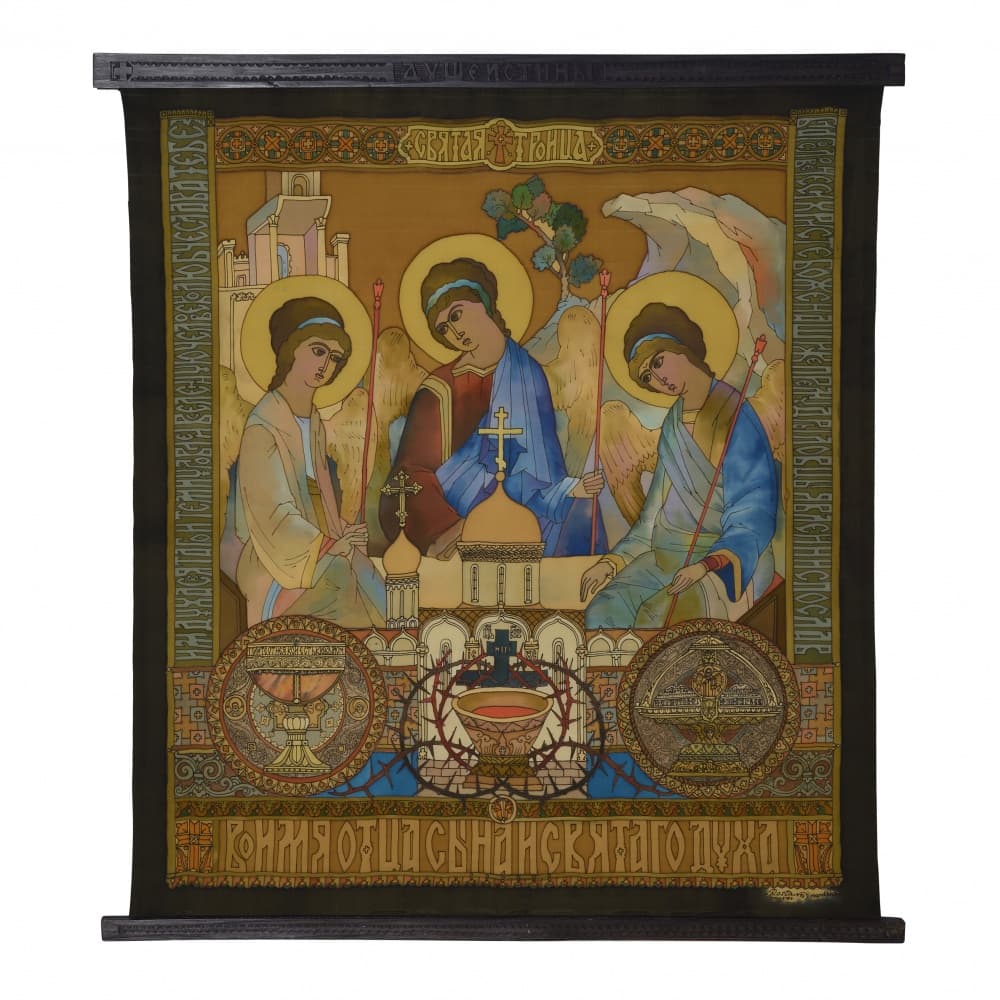 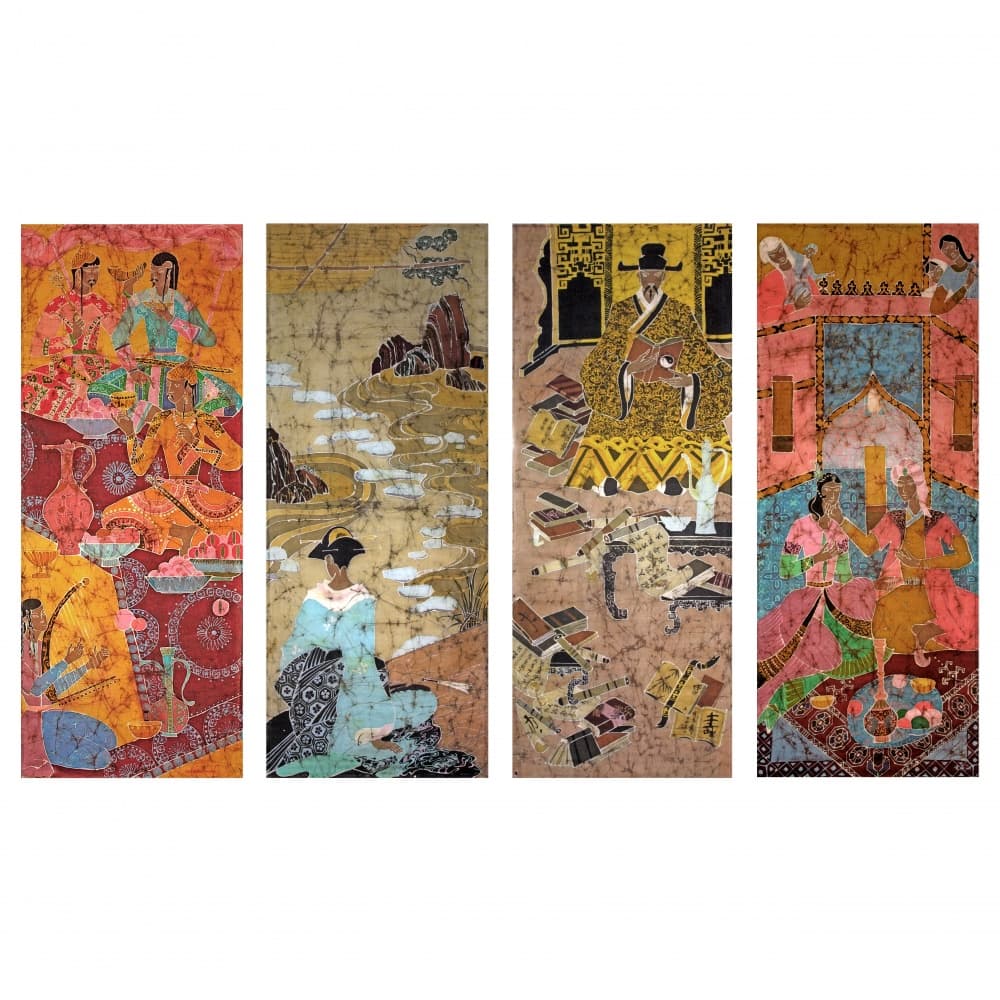 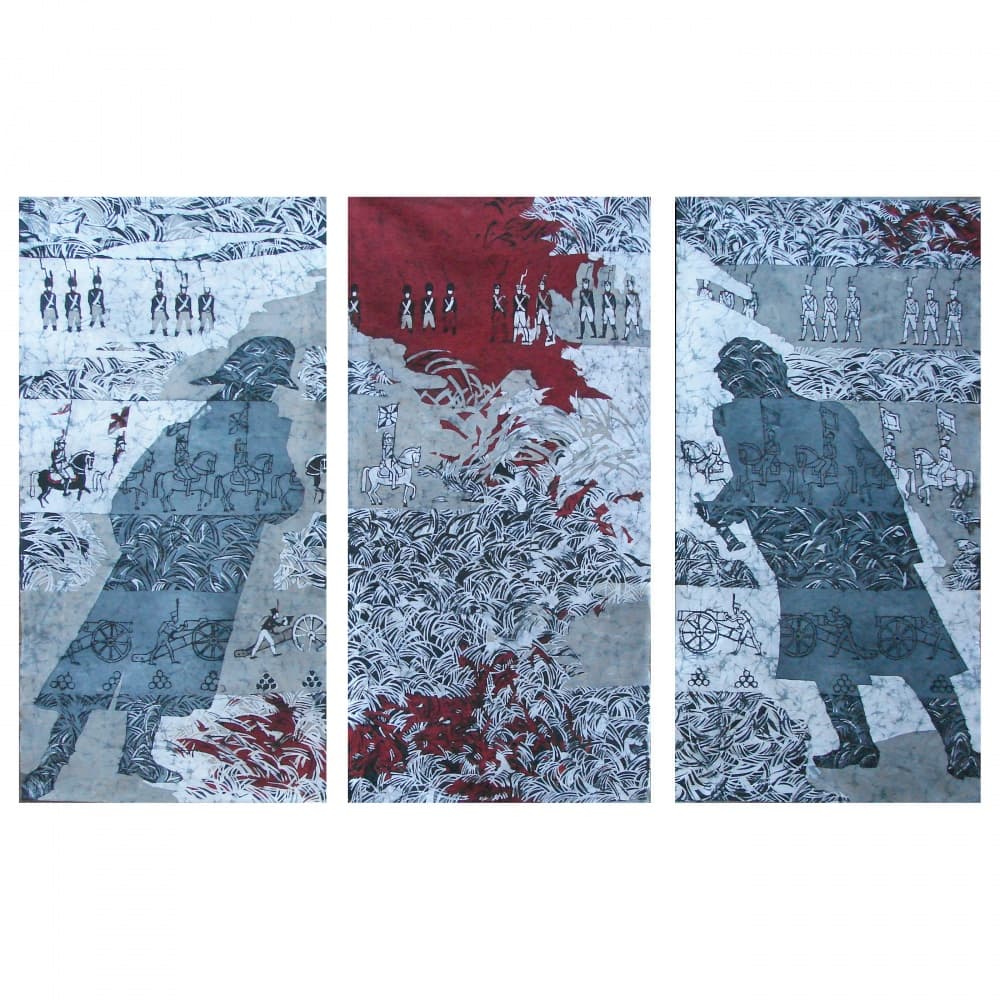 TRIPTYCH "CONFRONTATION"
Feedback
Thanks! We have received your request and will contact you as soon as possible