There are more than 9,000 items of traditional folk ceramics and toys. The art of ceramics originated in ancient times and was reflected in the national culture in many ways. Everywhere ceramics were essential elements of people's everyday life and reflected people's understanding of beauty, their national aesthetic with its characteristic component – the inseparability of the human perception of nature and the artistic understanding of natural shapes, colours and images.

Throughout the centuries of its development, folk art had to adapt to specific conditions: geographic, geological, climatic, and social. This resulted in the development of a whole range of techniques and skills in the use of clay of different quality and composition, a deep understanding of the material, the ability to identify its possibilities and beauty in simple everyday objects, and to create works of high skill.

This collection contains all varieties of ceramics typical of folk culture: toys, pottery, architectural and construction ceramics (glazed tiles), sculpture, and figural vessels. Artworks are made of different ceramic materials: majolica, faience, porcelain, and reflect the diversity of techniques, methods and styles of decoration used in traditional folk art.

The geography of the collection is vast: from world-famous traditional crafts of central Russia, such as Gzhel, Skopin, and Dymka, to small, local centers of crafts of southern, northwestern regions, the Volga region, the Russian North, and autonomous republics, among which the Dagestan ceramics collection stands out by volume and artistic level (the earliest works are from the 17th – 18th centuries).

The jewels of the collection are limited in number, but artistically very valuable collection of Gzhel majolica and earthenware of the late 18th and the first half of the 19th century, including painted jugs and kvassniks of the late 19th and early 20th centuries - glazed items from Tver and Vladimir provinces, famous "figures" and figural vessels from Skopin, Ryazan province, samples of black-polished ceramics from Yaroslavl province.

There is a diverse and quite complete representation of the traditional clay toys, both those that have long disappeared and those that have been revived. The most remarkable among the items of this collection are the examples made at the beginning of the XX century and supplied to the Museum from various provinces of Russia in the 1910s. The largest and most comprehensive collection of Dymkovo toys, the most valuable part of which are works by Dymkovo artisans from the late 19th century to the first third of the 20th century.

Another group of objects with "Soviet symbolism" motifs is of historical and artistic interest – toys, pottery, figural vessels, dishes – as an example of folk craftsmen's attempt to include Soviet themes in the fabric of tradition, in its ornamental and figurative structure.

Distinctive features, stylistic specificity and artistic motifs of folk art in the Soviet period are represented by a collection of samples created by artists of the Art Industry Research Institute on the basis of folk-art traditions for introduction into production, products of local art teams, with which the Institute cooperated, samples of mass production of modern ceramic enterprises up to the early 1990s. 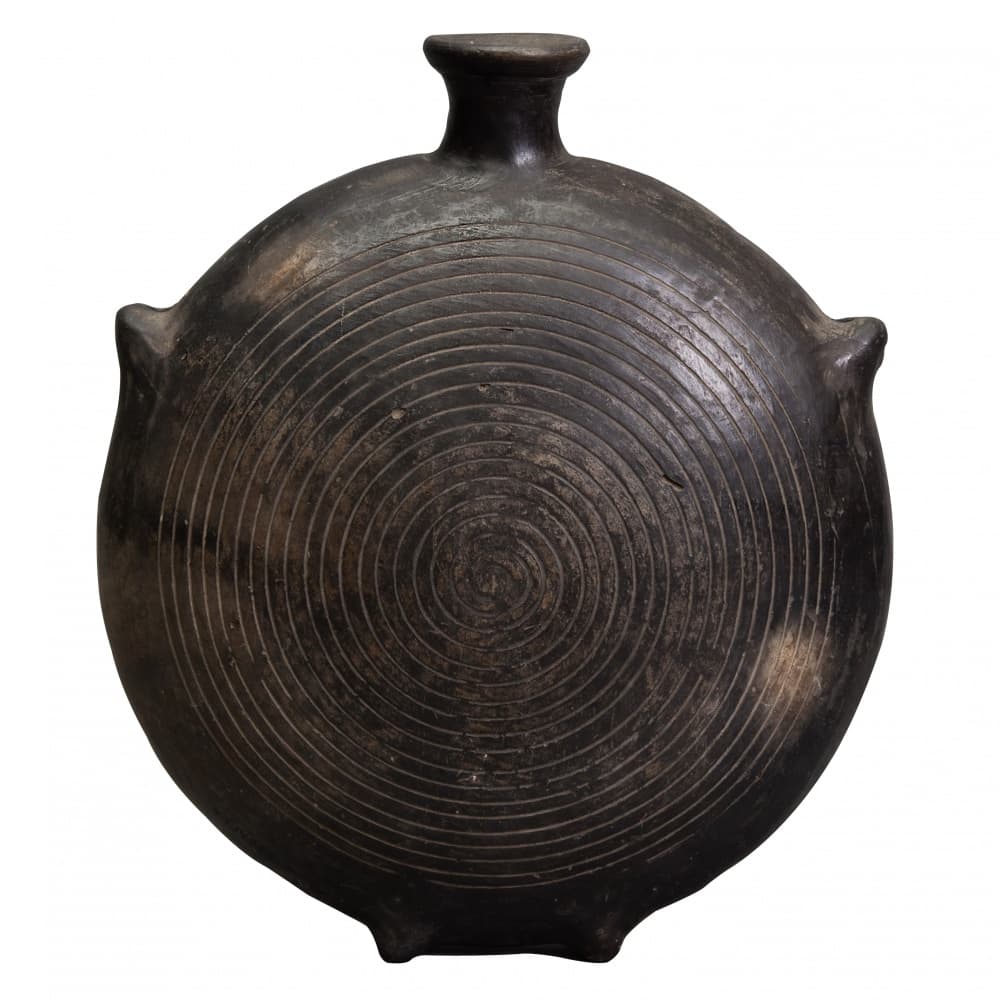 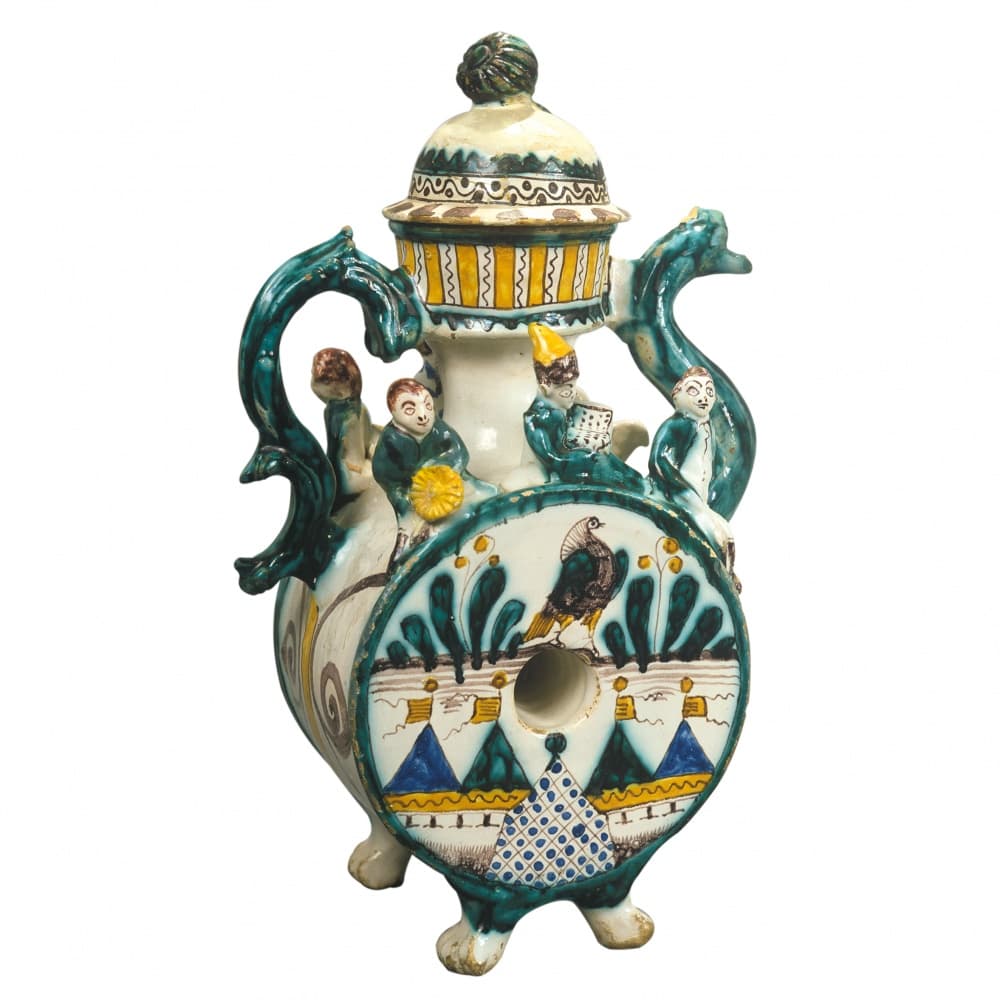 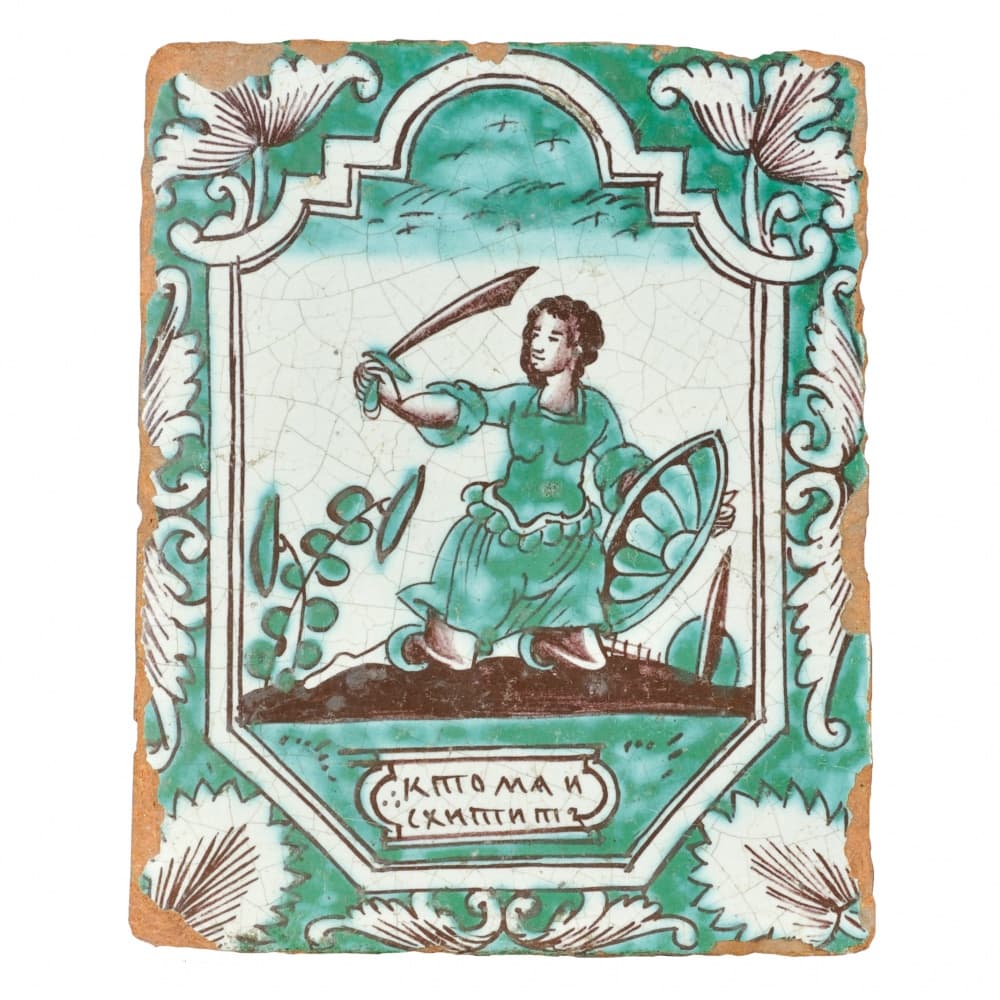 DECORATIVE STOVE TILE WITH INSCRIPTION "WHO WILL DEFEAT ME" 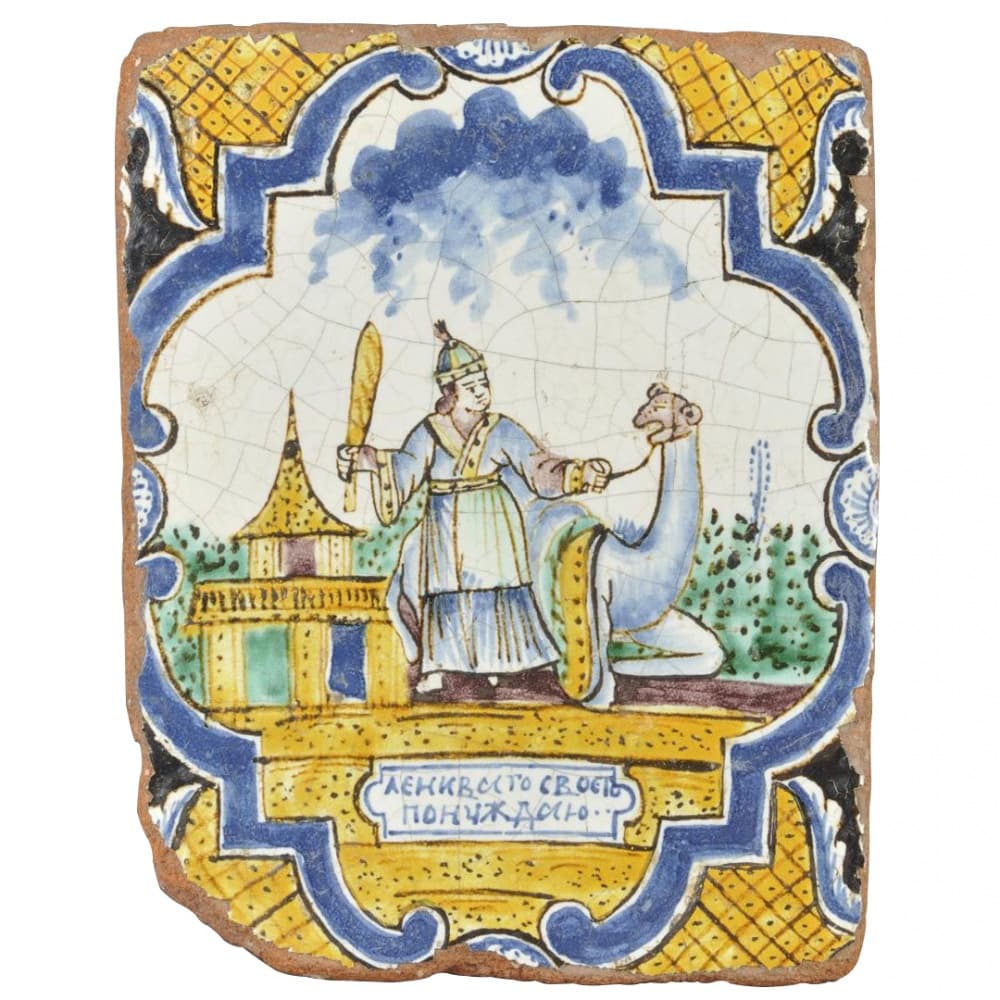 FRONTAL KILN TILE WITH THE INSCRIPTION "I URGE MY LAZY SELF" 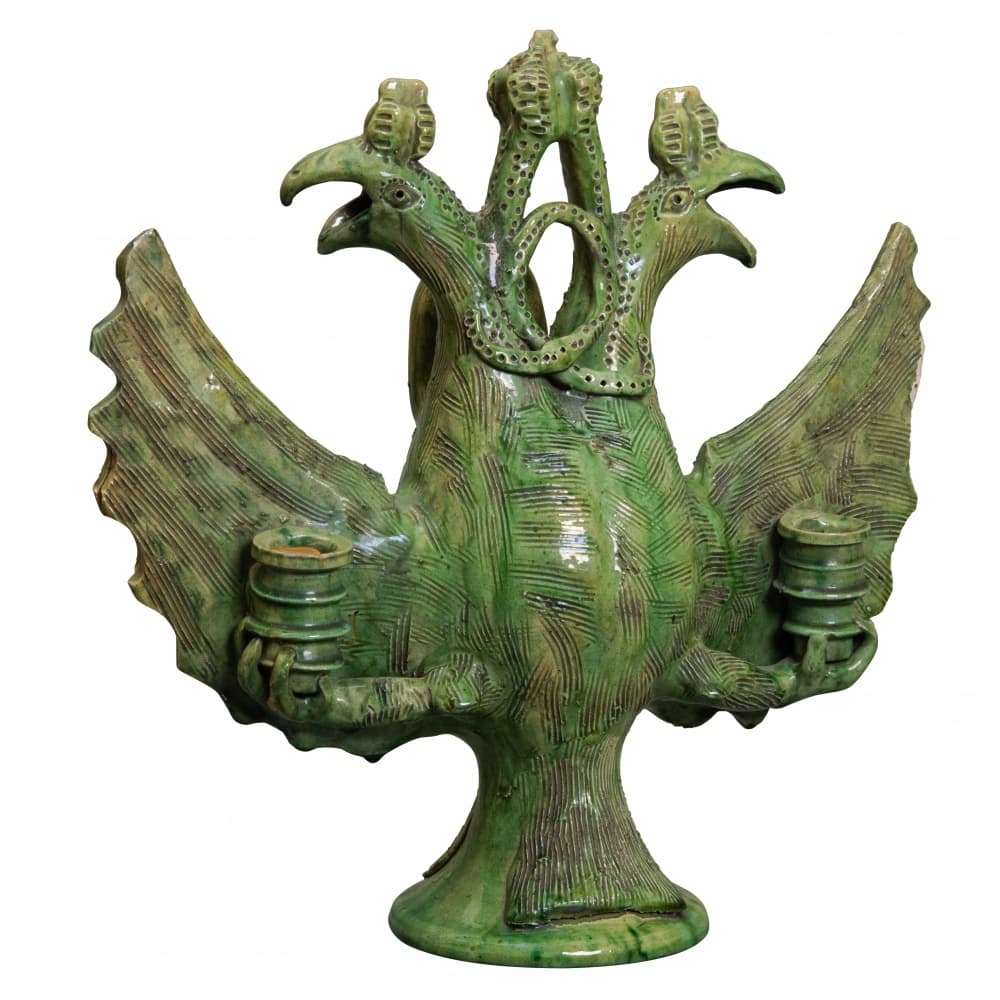 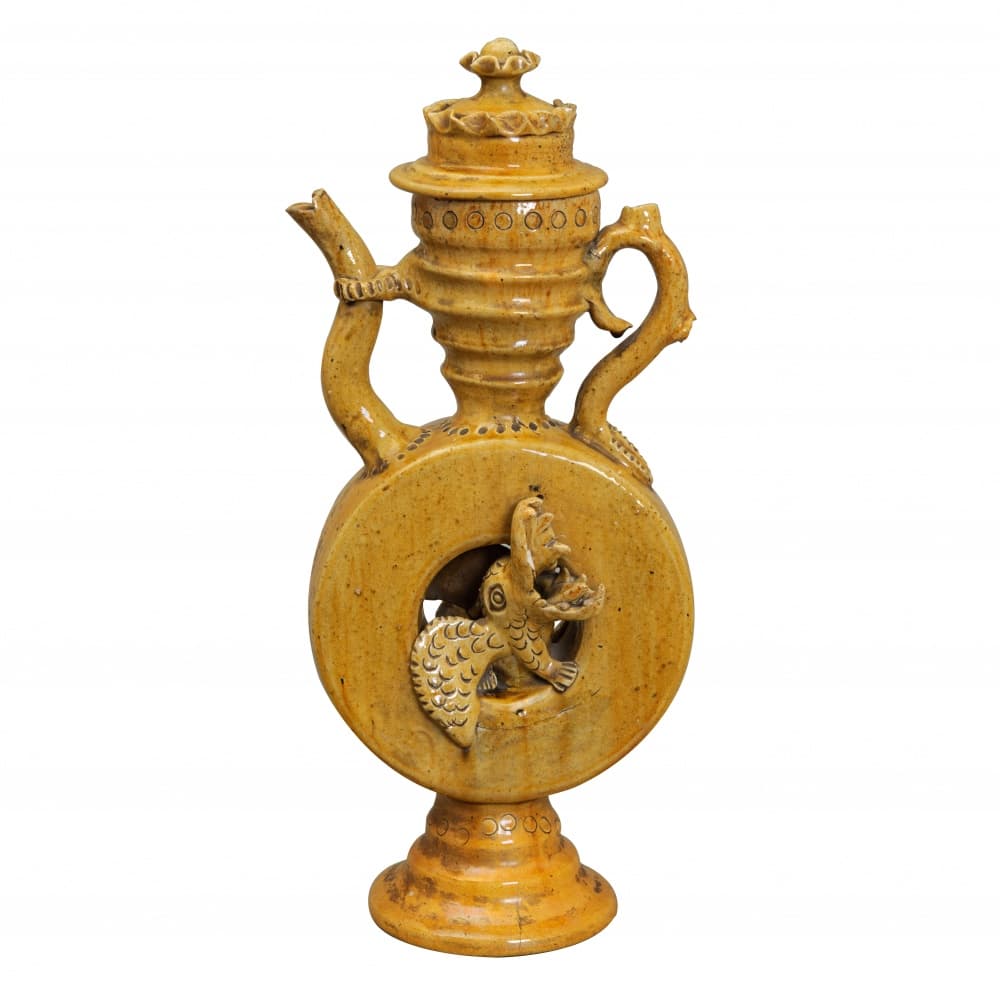 KVASS JUG WITH A DRAGON 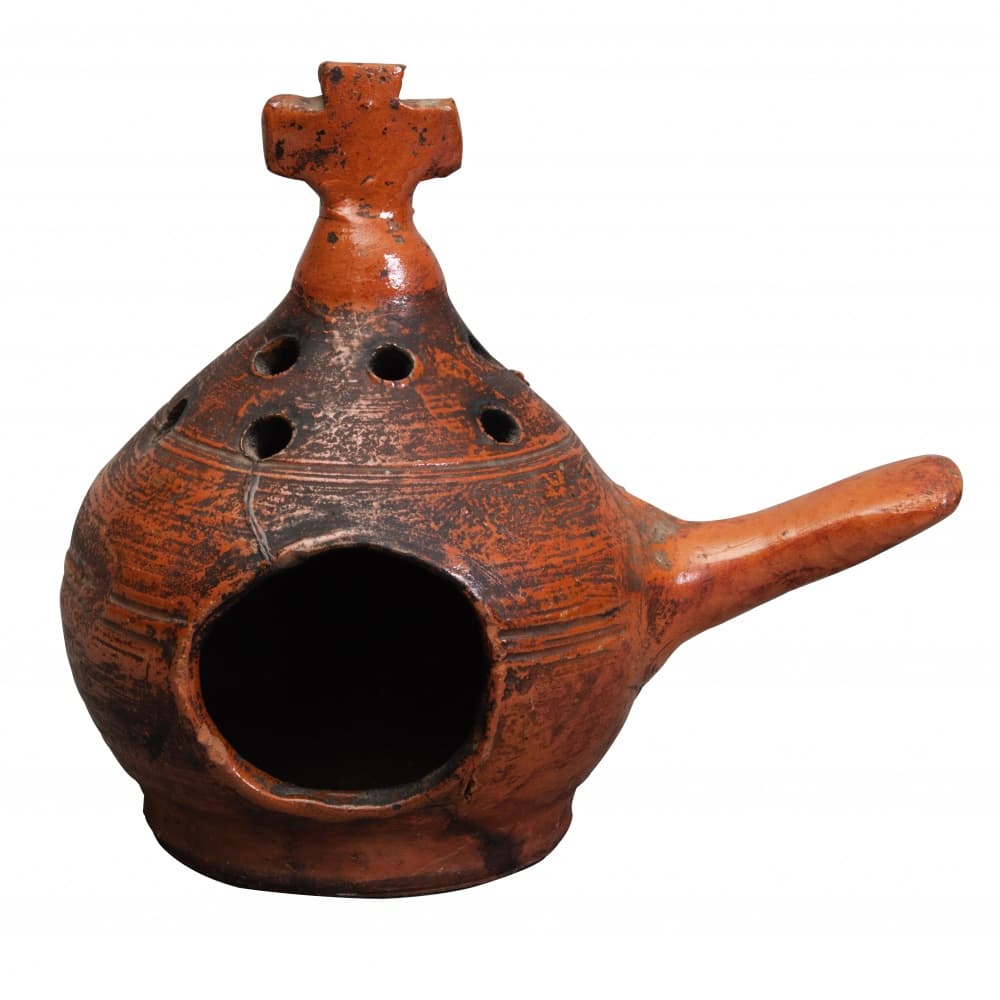 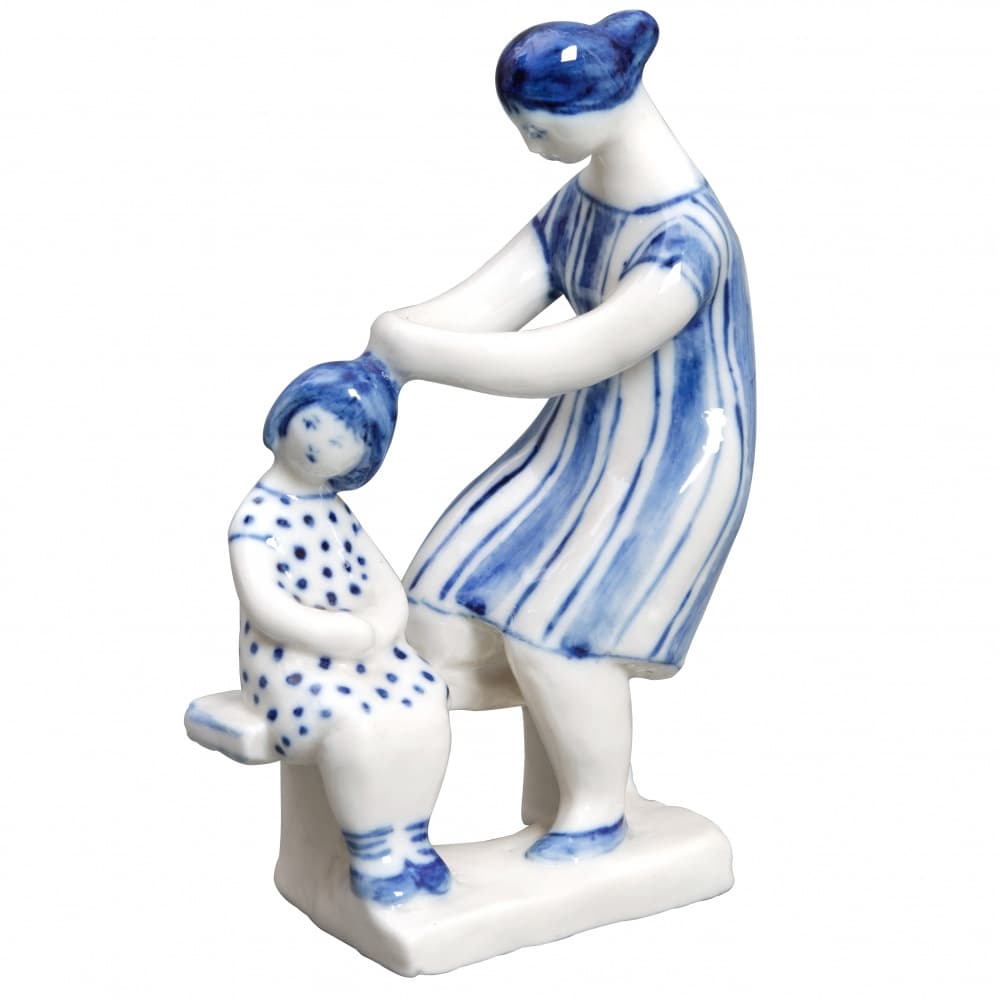 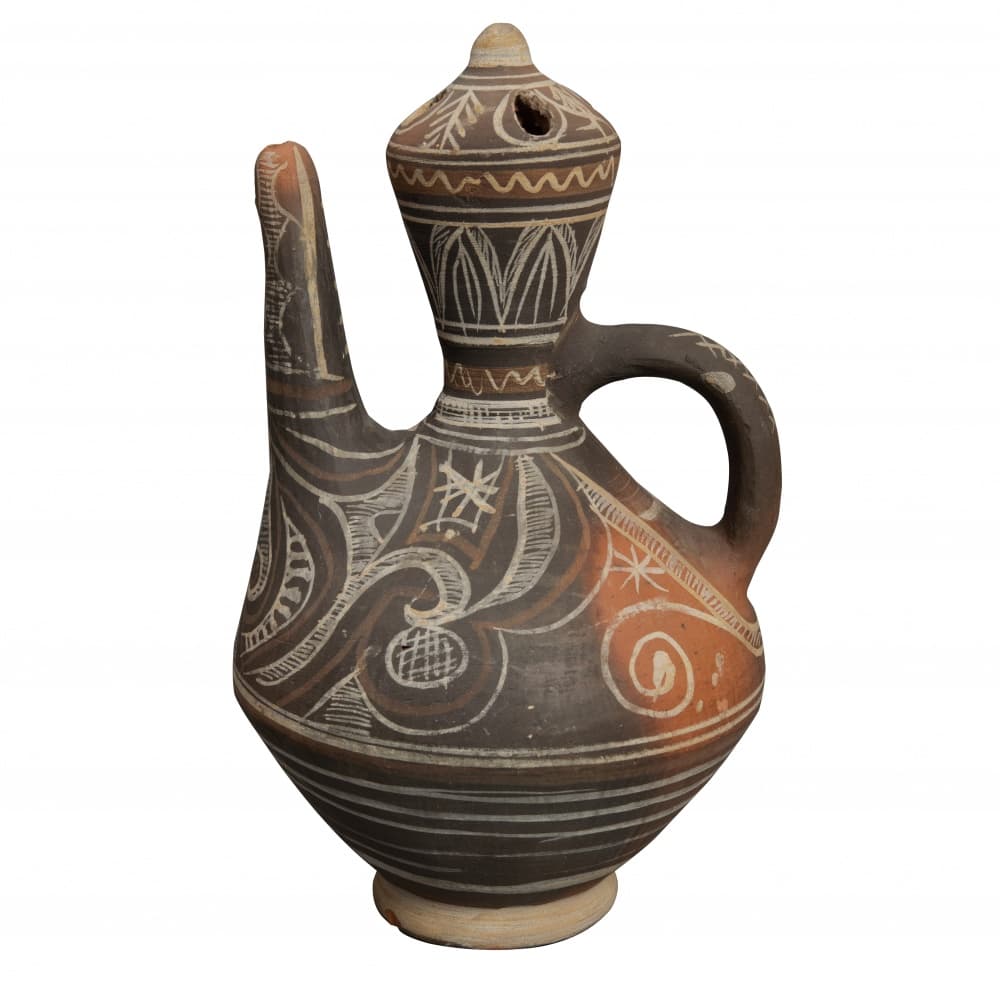 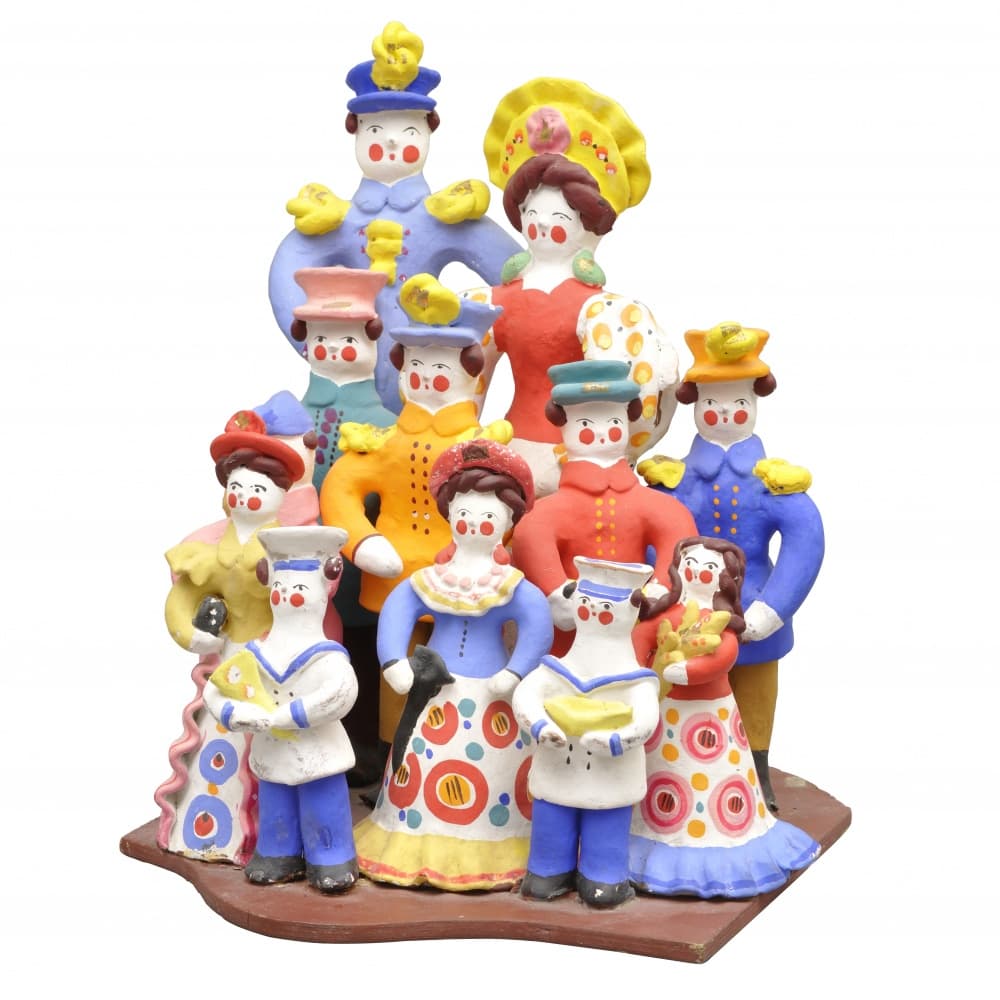 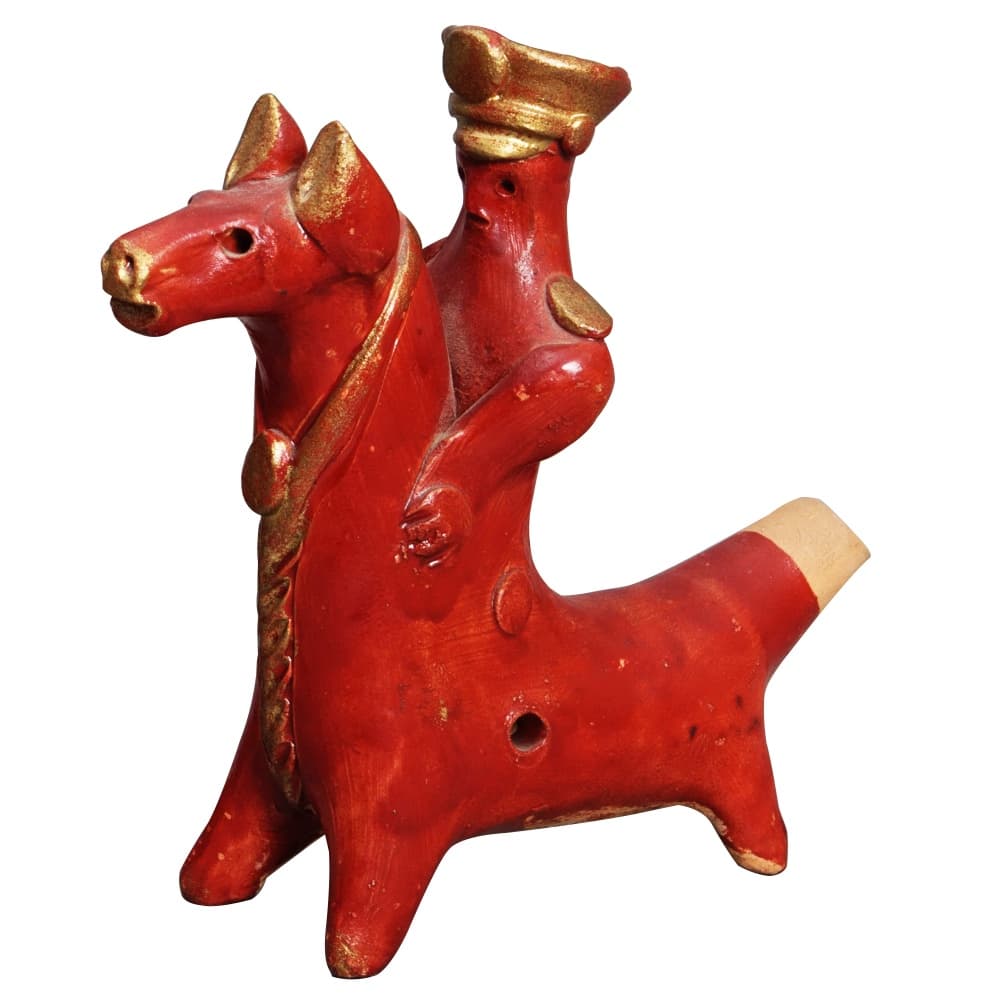 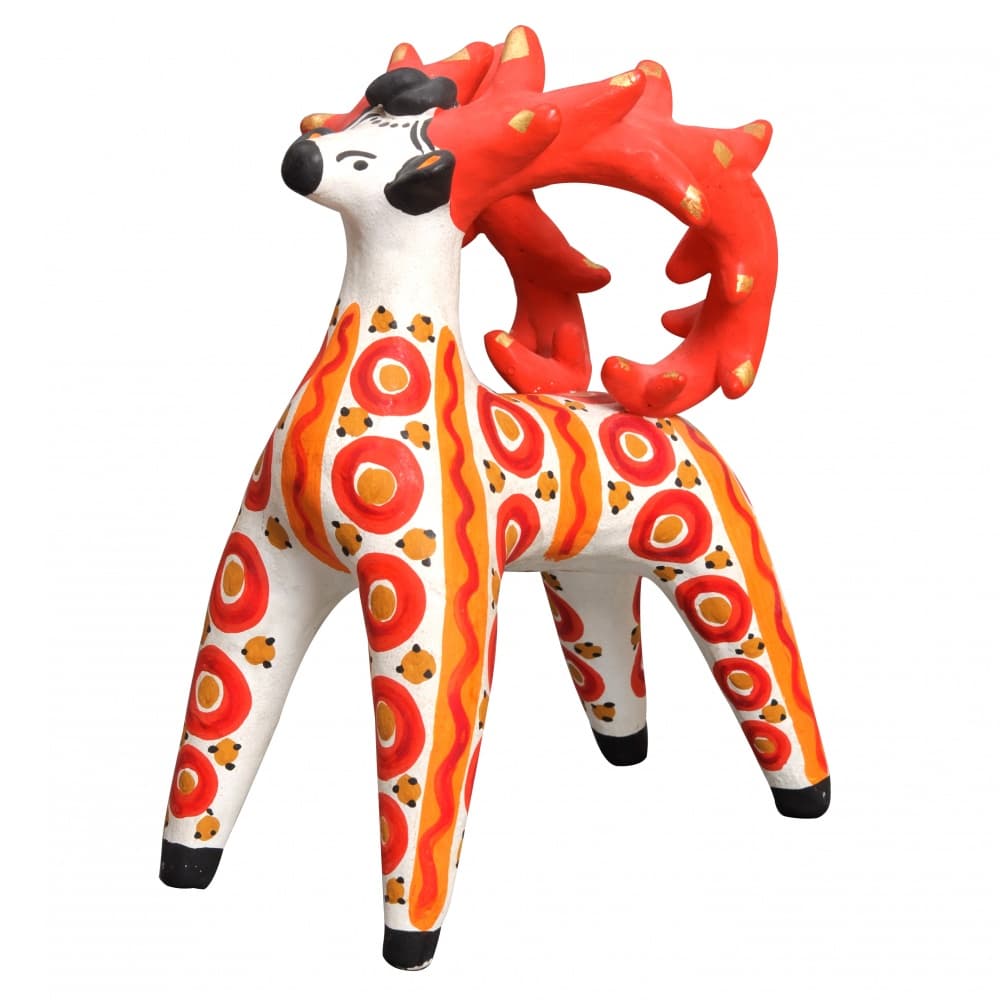 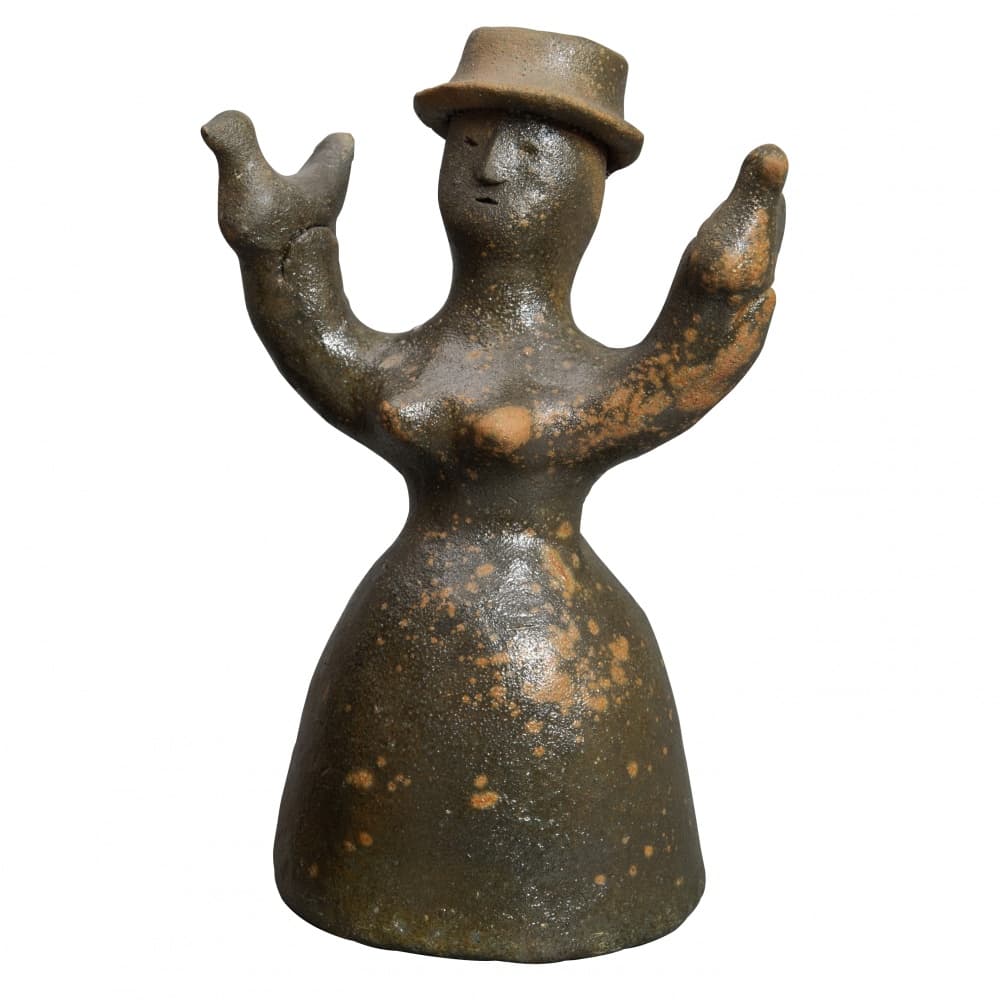 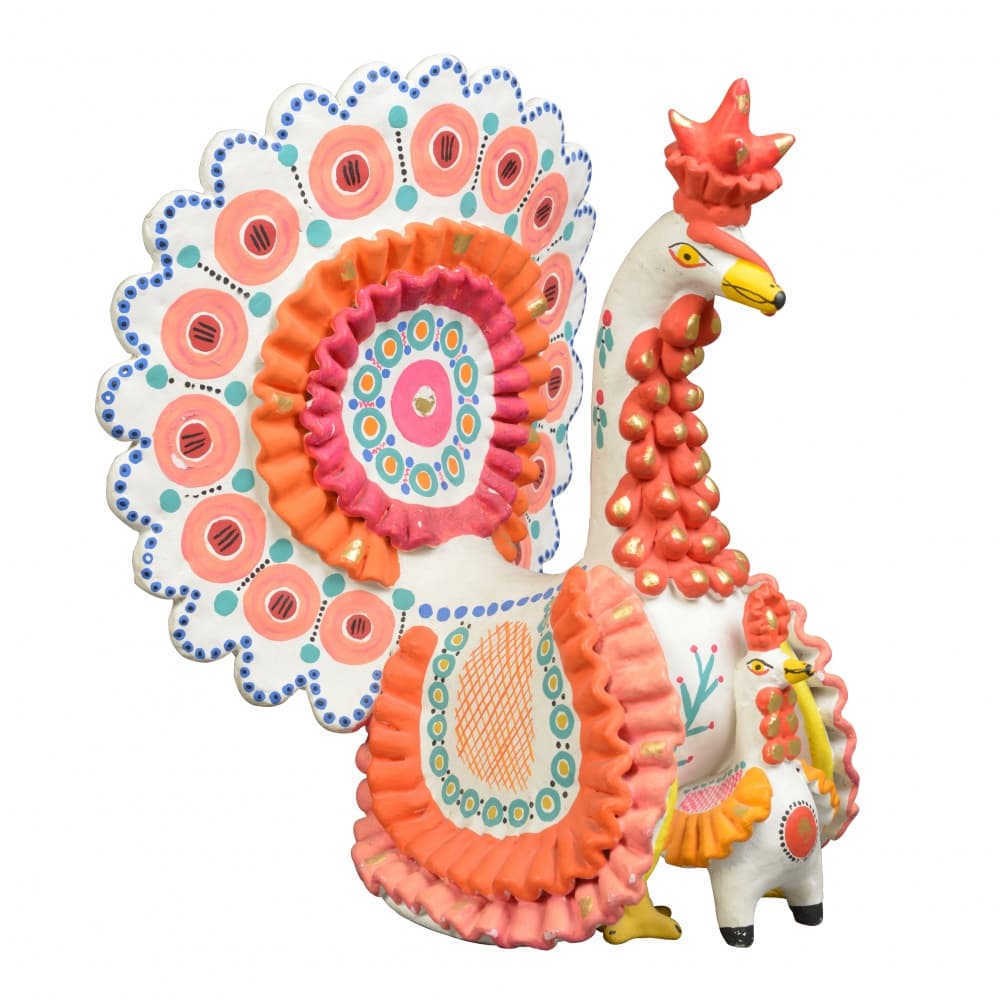 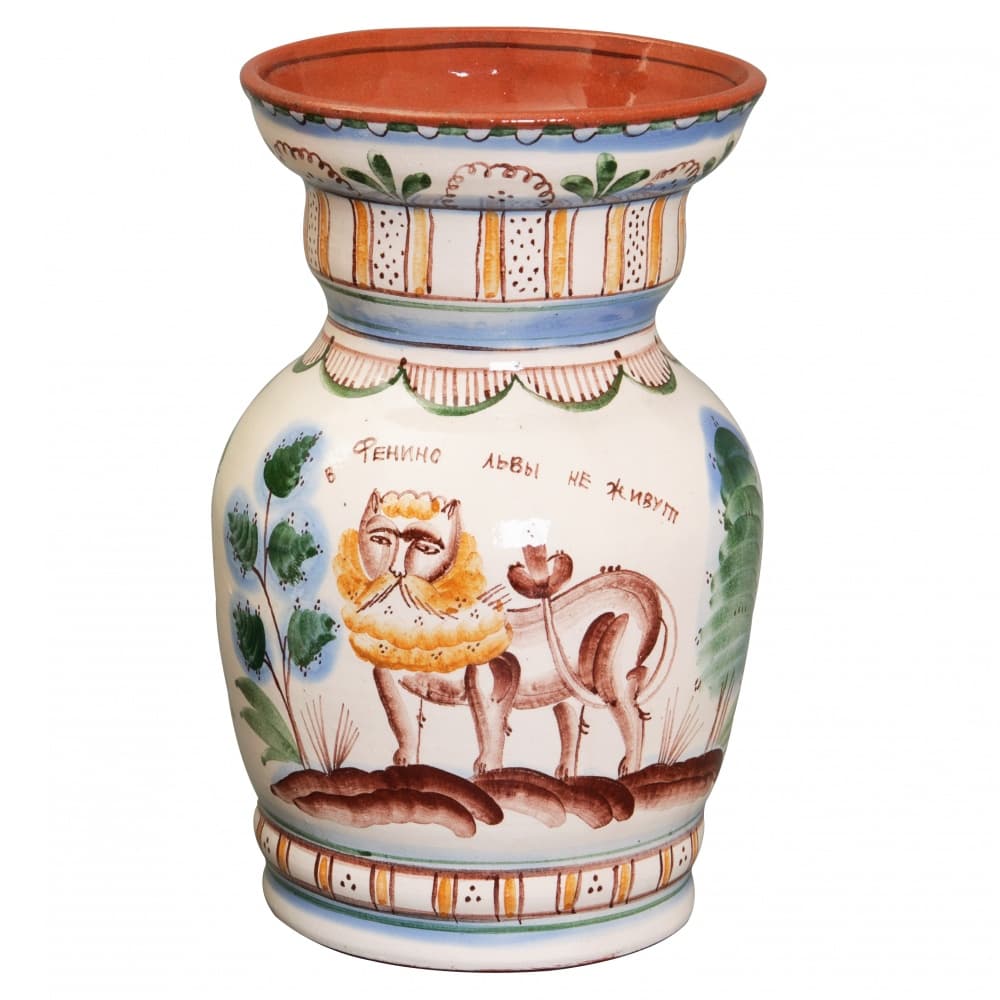 VASE "IN THE COUNTRYSIDE"
Feedback
Thanks! We have received your request and will contact you as soon as possible