The All-Russian Decorative Art Museum's large collection of faience and majolica includes about 2,000 items. The collection of Russian fine faience of the 19th – early 20th centuries is represented by the products of famous factories: the state Kievo-Mezhigorskaya factory; private enterprises: Auerbach's factories in Tver province, Gardner in Moscow province, Poskochin in the Shlisselburg district, Gzhel factories of Terekhov and Kiselev, Novye brothers, Rachkin brothers and others. These are mainly faience pieces with printed decoration or embossed, "marble mass" items, as well as a variety of products of the M.S. Kuznetsov partnership factories – faience tableware, majolica sculpture and interior items.

The composition of the majolica collection allows a comprehensive view on the evolution of the production of Russian majolica. The Museum's collection consists of about 30 works of Gzhel majolica and semi-faience of the second half of the 18th and early 19th centuries, which undoubtedly can be counted among the best Gzhel pieces. These are kvassniks, jugs, dishes, tiles, saucepan and inkpots.

Artistic majolica from the turn of the 19th – 20th centuries is represented by works belonging to the Abramtsevo pottery. Although small in number (47 items), the Abramtsevo ceramics collection includes works of artistic merit and is one of the most representative of its kind in Moscow. It was formed in the 1980s and was enriched by the collection of the Morozov Museum of Folk Art (former Artisanal Museum) that was included in the Russian Decorative art Museum in 2000.

The indisputable pride of the collection is the ceramic mantelpiece cladding called "The Meeting of Volga Svyatoslavovich with Mikula Selyaninovich", created in the Abramtsevo pottery workshop in 1898-1899 after the sketch by M. Vrubel. The mantel came to the museum as part of the collection of the Artisanal Museum, where it was transferred directly from the workshop in 1910 as an exhibition piece along with other pieces (sculptures, vases, tiles, facing tiles) from the workshop, made after the sketches of such artists as M.A.Vrubel, A.Ya.Golovia, A.N.Durnovo.

The All-Russian Decorative Art Museum also has a significant collection of Art Nouveau pottery from the workshop of S.G. Dunayev in Khotkovo near Moscow. Since 1903, this workshop, on the initiative of the Artisanal Museum, has produced a wide range of majolica pieces of high technical and artistic level, decorated with picturesquely spectacular flowing glazes.

The museum's collection includes many late 19th – early 20th-century objects made in the ceramic workshop of the Imperial Stroganov Central Art and Industry School in the pseudo-Russian style. Some pieces are literal copies or stylizations of antique objects, others are the embodiment of creative ideas innovative in terms of technology and Art Nouveau style. In the early 2000s the Museum was presented with a unique work by the famous sculptor N. A. Andreev - "Tula Peasant Woman", performed in the 1910s in a single copy in the ceramic workshop of the Stroganov School. The work is striking for its size, expressive plasticity, and the extraordinary beauty of the colored flowing glazes.

Of great interest is the little-studied collection of works from the 1920s – 1930s, created by the pottery artels and workshops of the Gzhel pottery district. The Scientific and Experimental Institute of Artisanal Industry took a noticeable part in the fate of the craft in those years, with the Artisanal Museum as its laboratory and collection of samples. The museum has a significant collection of works from the Gzhel artels " Go Ceramics", "Second Five-Year Plan", "Artistic Ceramics", from the Gzhel ceramics professional school in the village of Turygino, designed by artists from the institute's ceramics laboratory for mass production.

The museum's collection also includes items from the Gzhel Ceramic Factory "Vsekohudozhnik" in Rechitsy, which are of great historical and artistic value as examples of the work of professional artists in the 1920s and 1930s in the folk arts and crafts. Many of them were preserved in a single copy and were not replicated, but, undoubtedly, these works had an impact on the masters of the next generation. 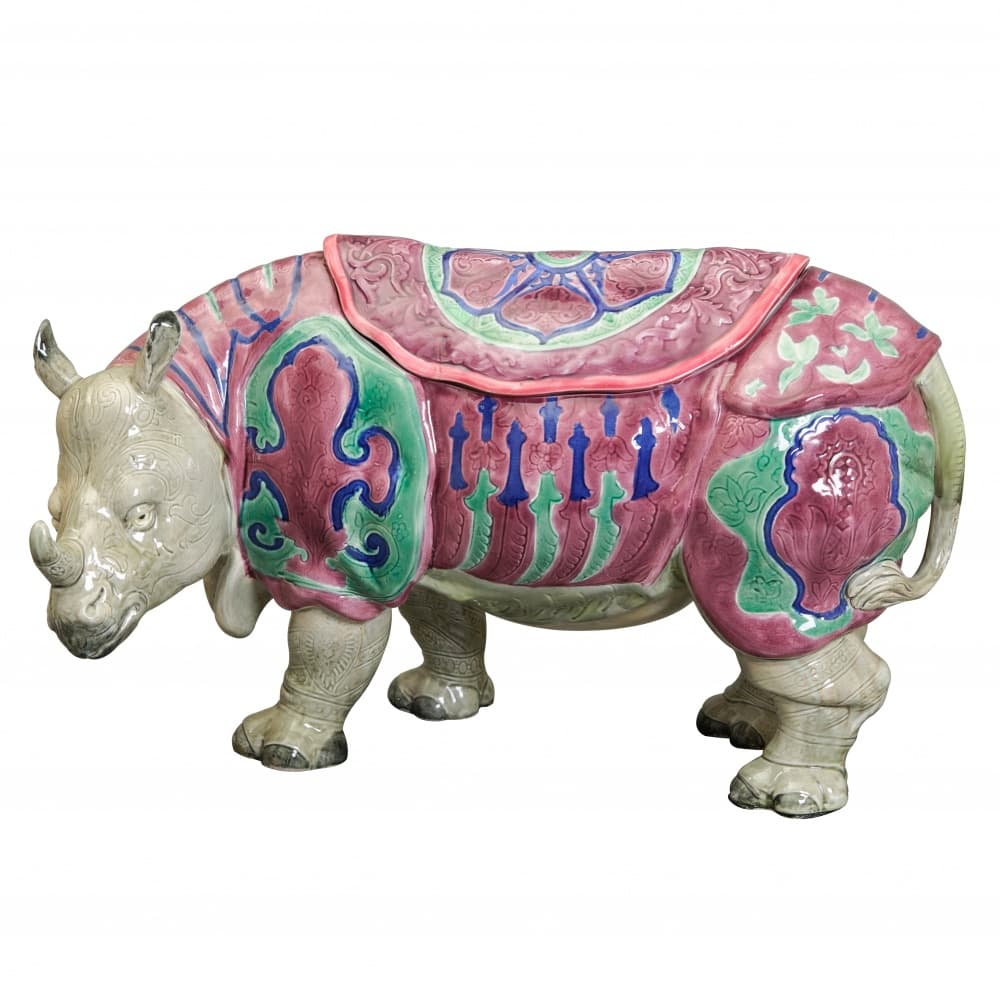 CASKET "RHINOCEROS" WITH A COVER 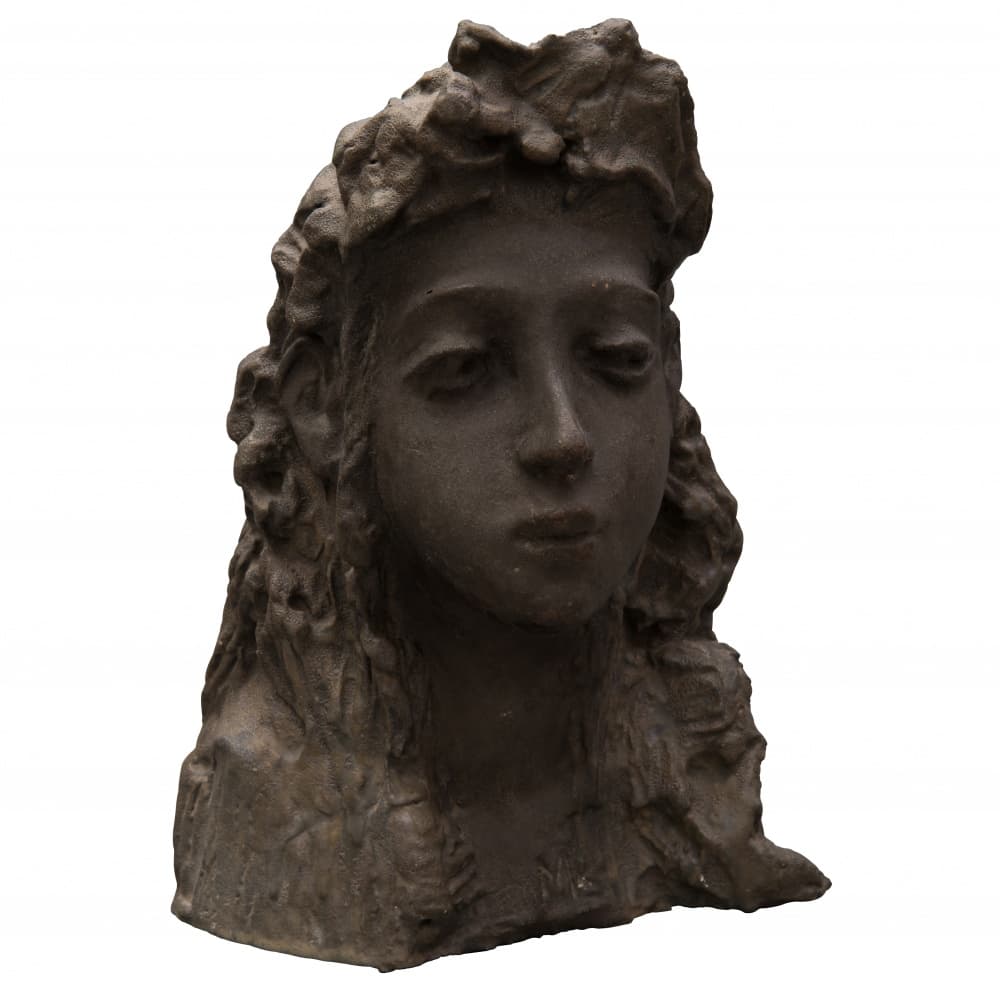 SCULPTURE "GIRL IN A WREATH" 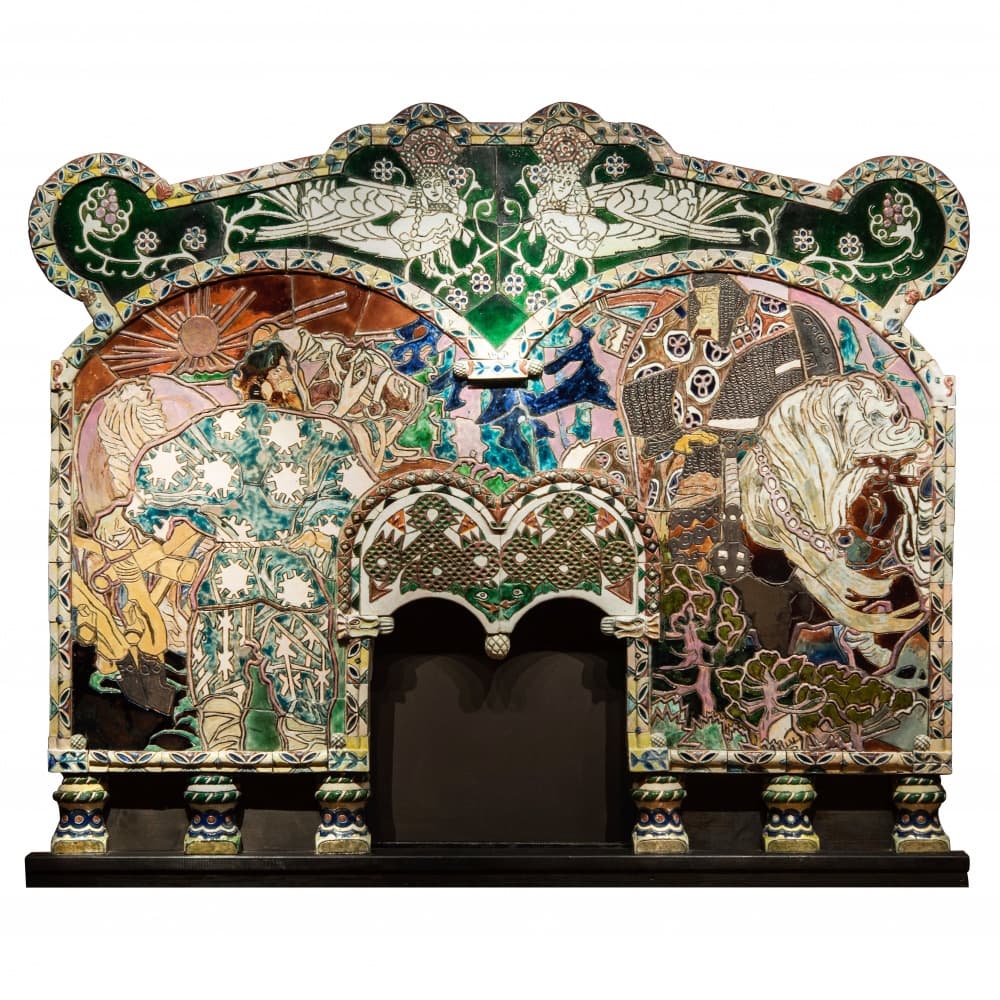 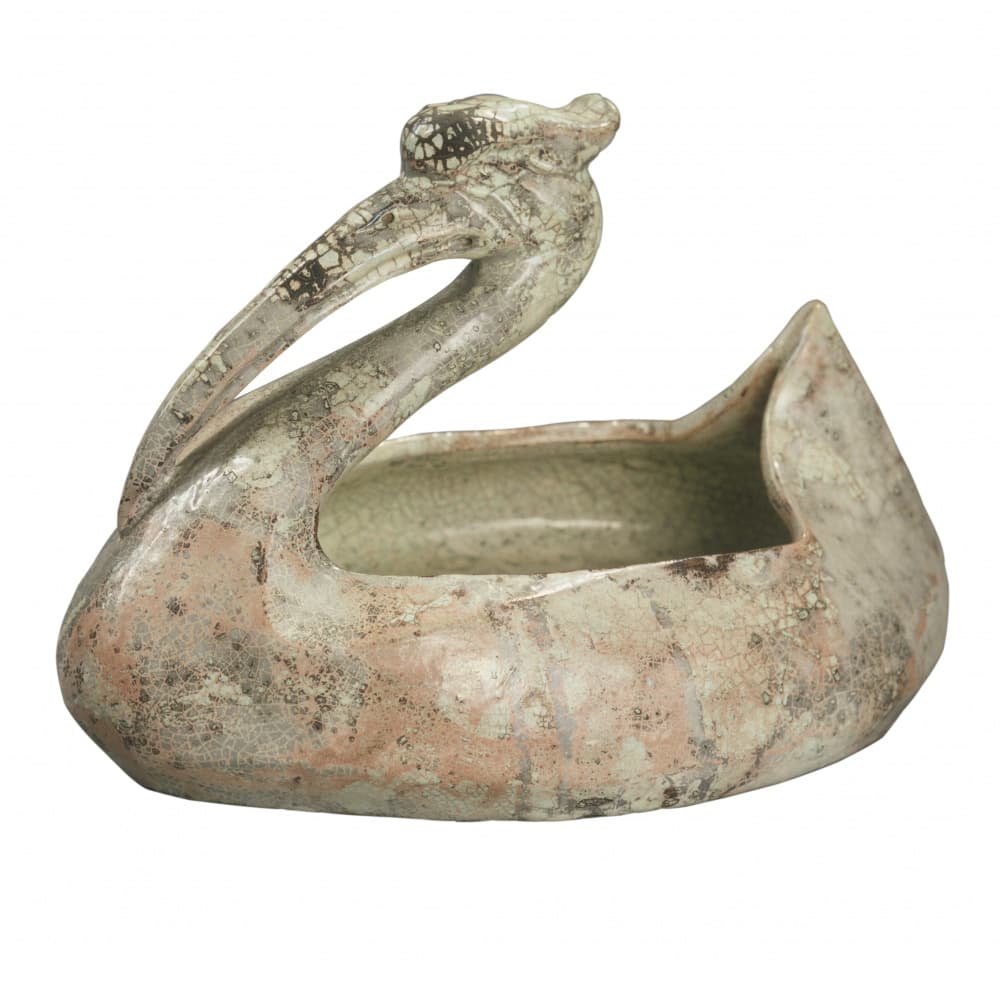 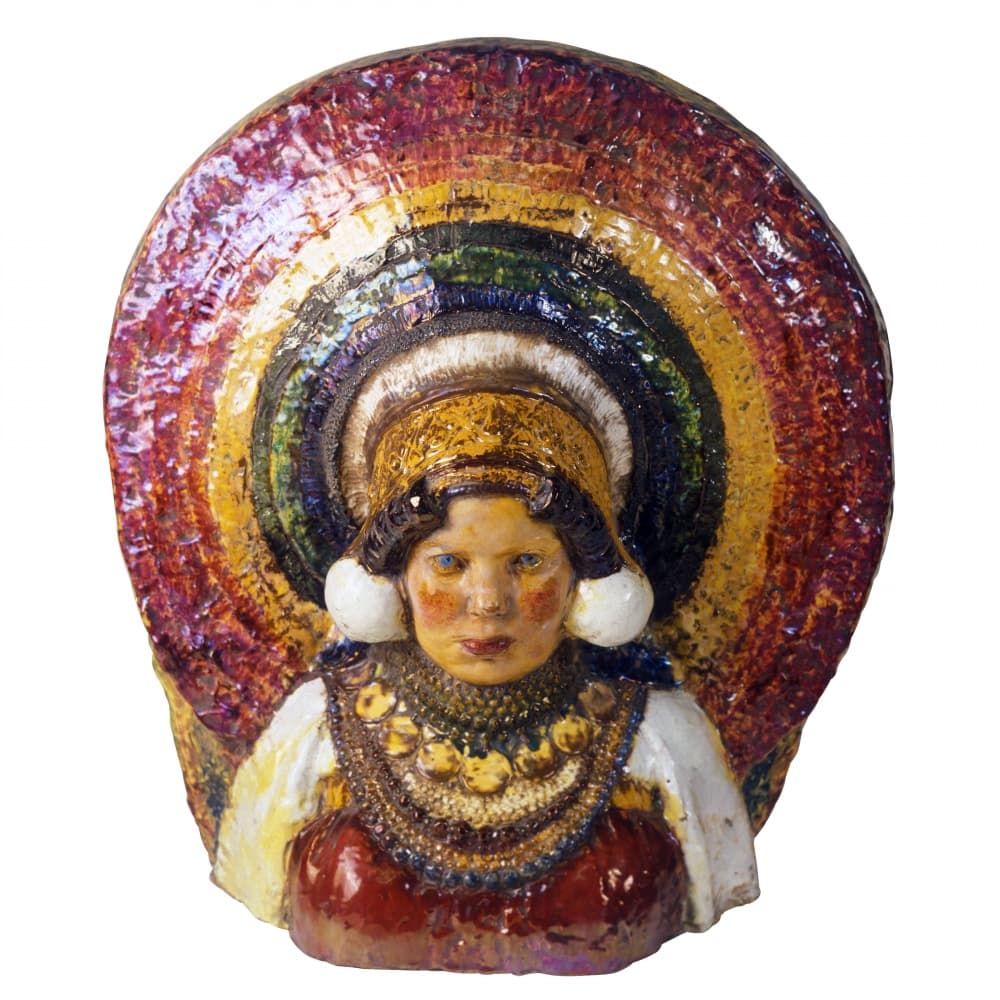 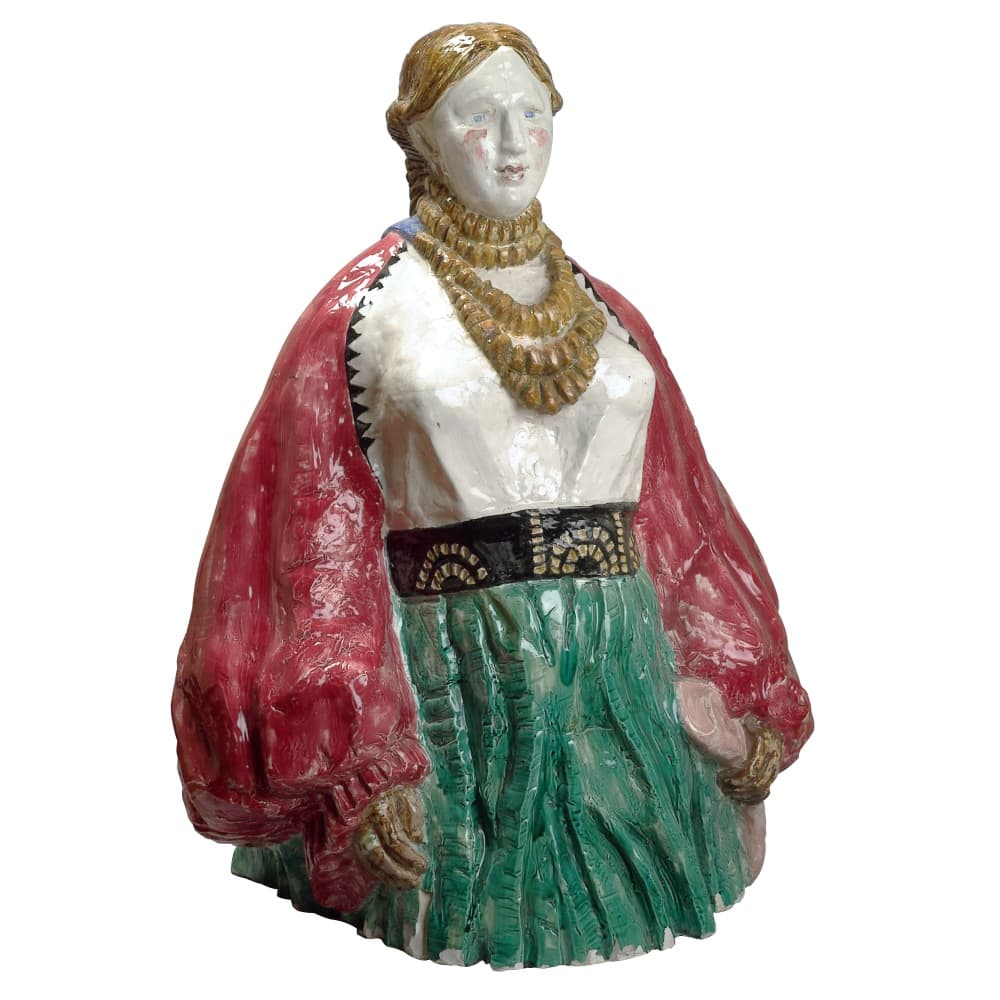 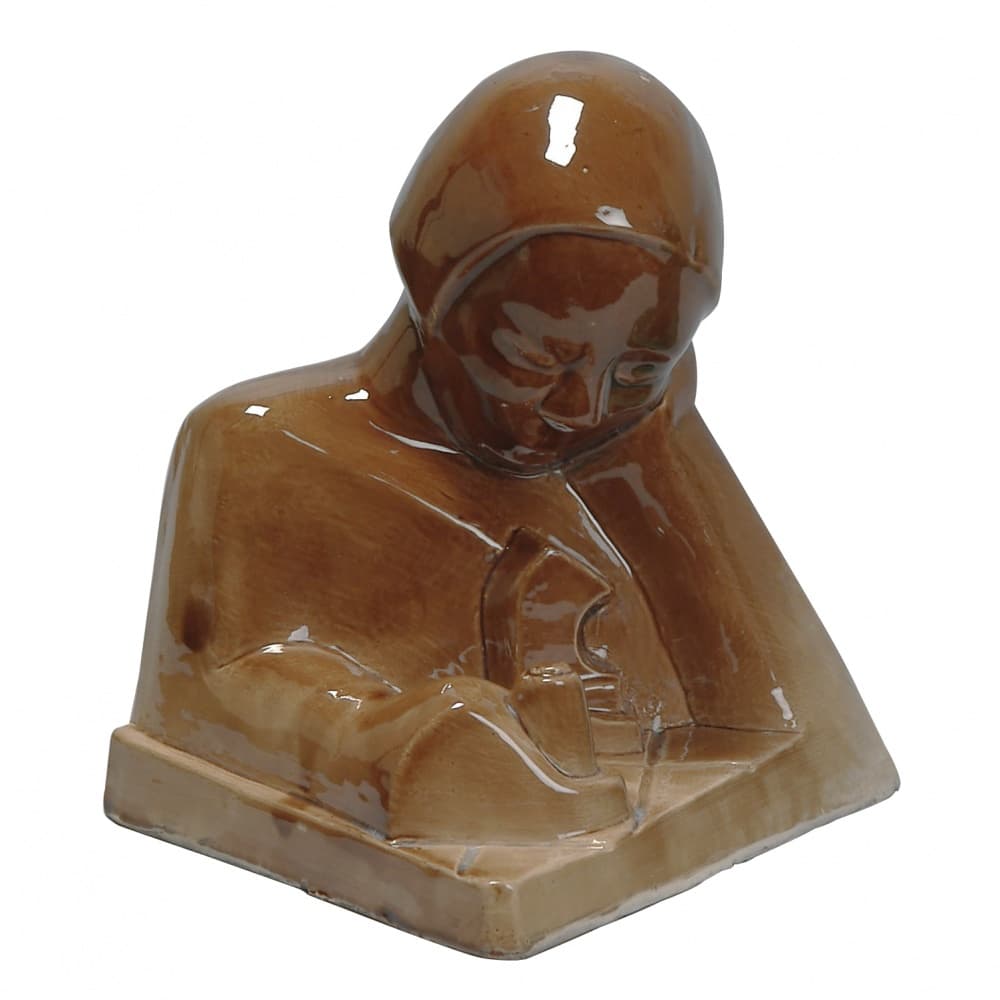 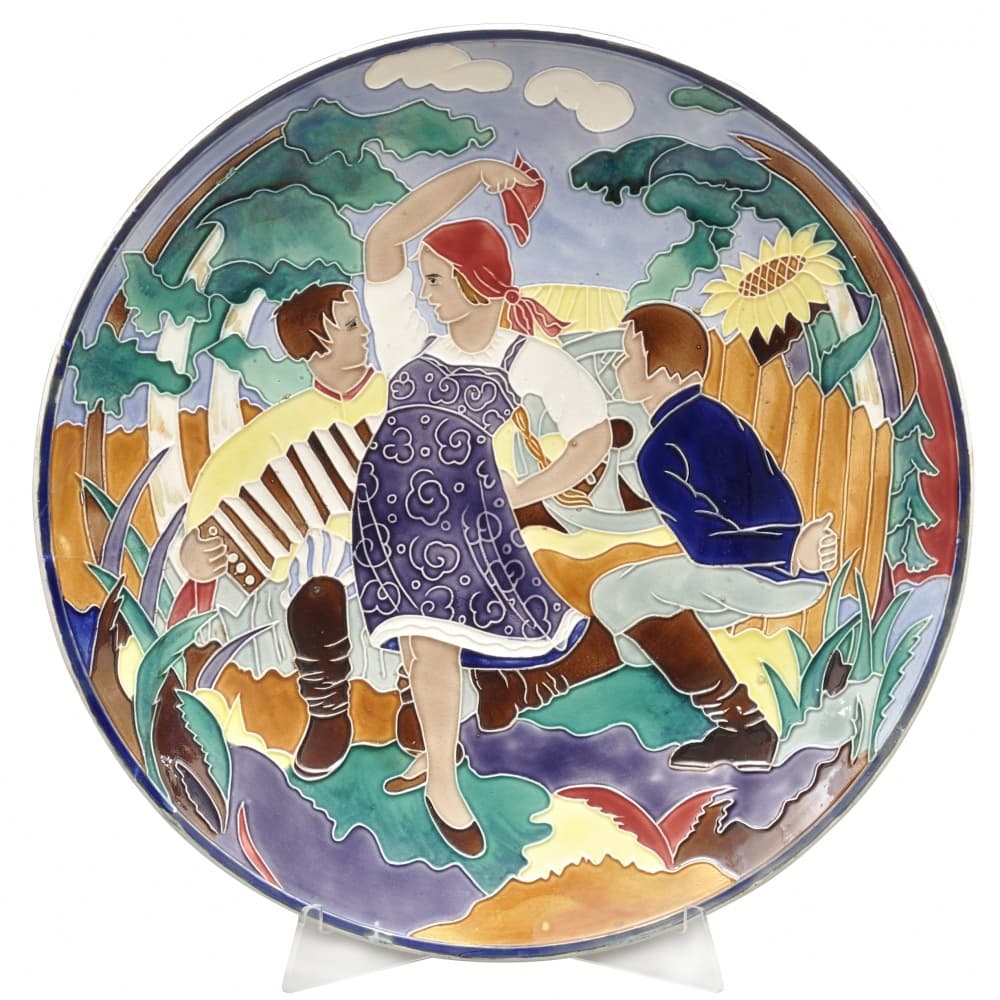 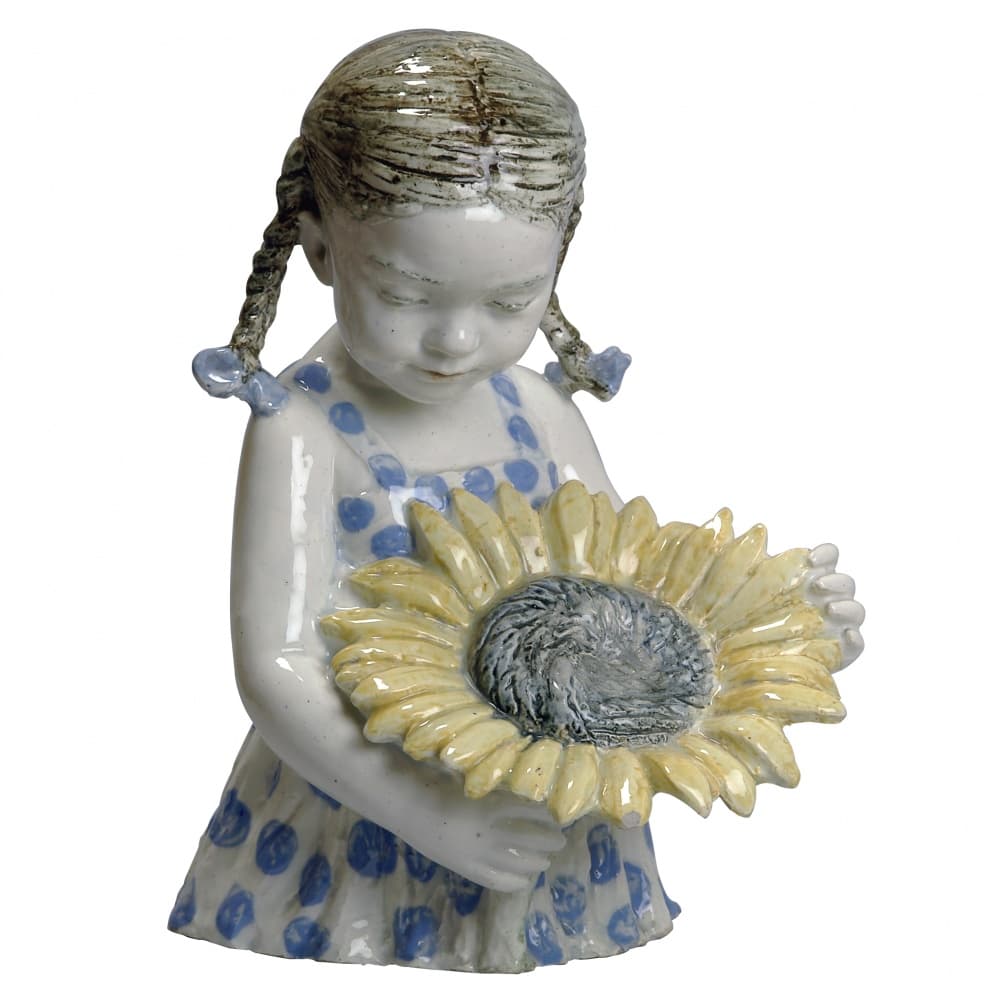 SCULPTURE "GIRL WITH A SUNFLOWER" 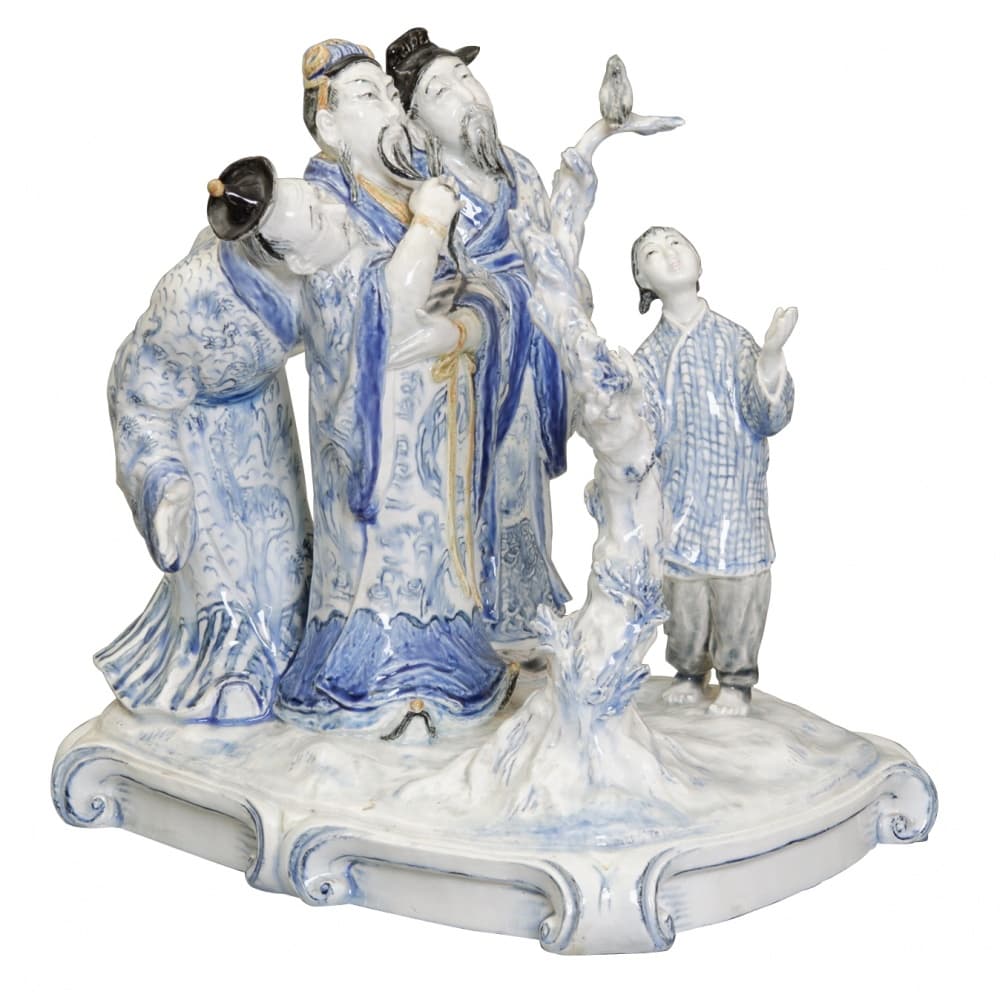 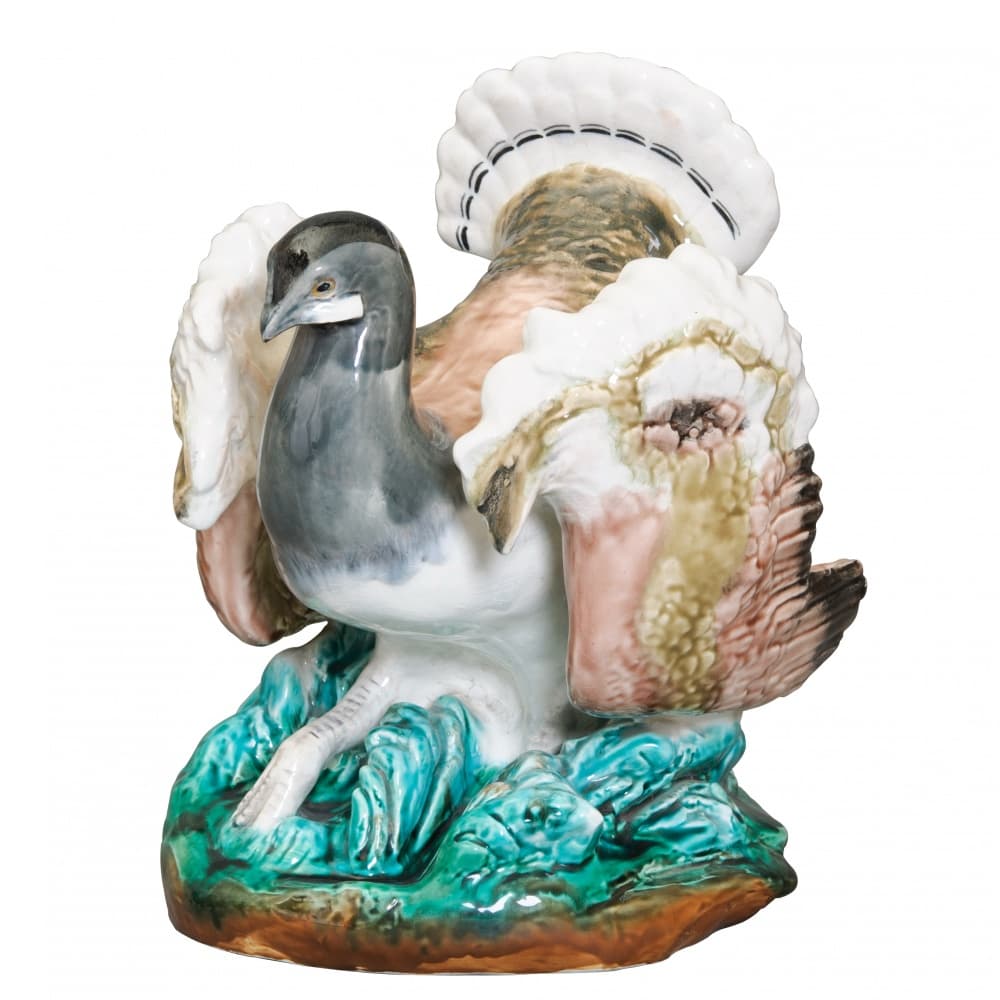 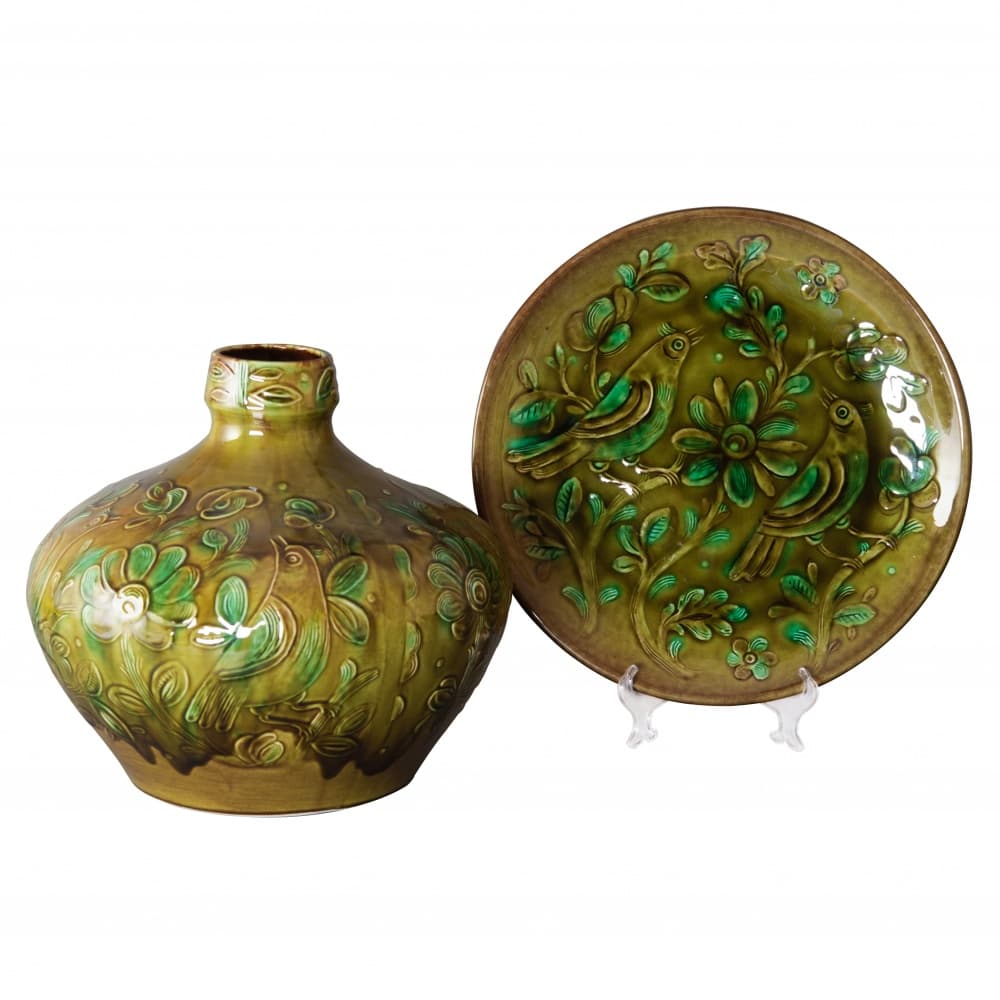 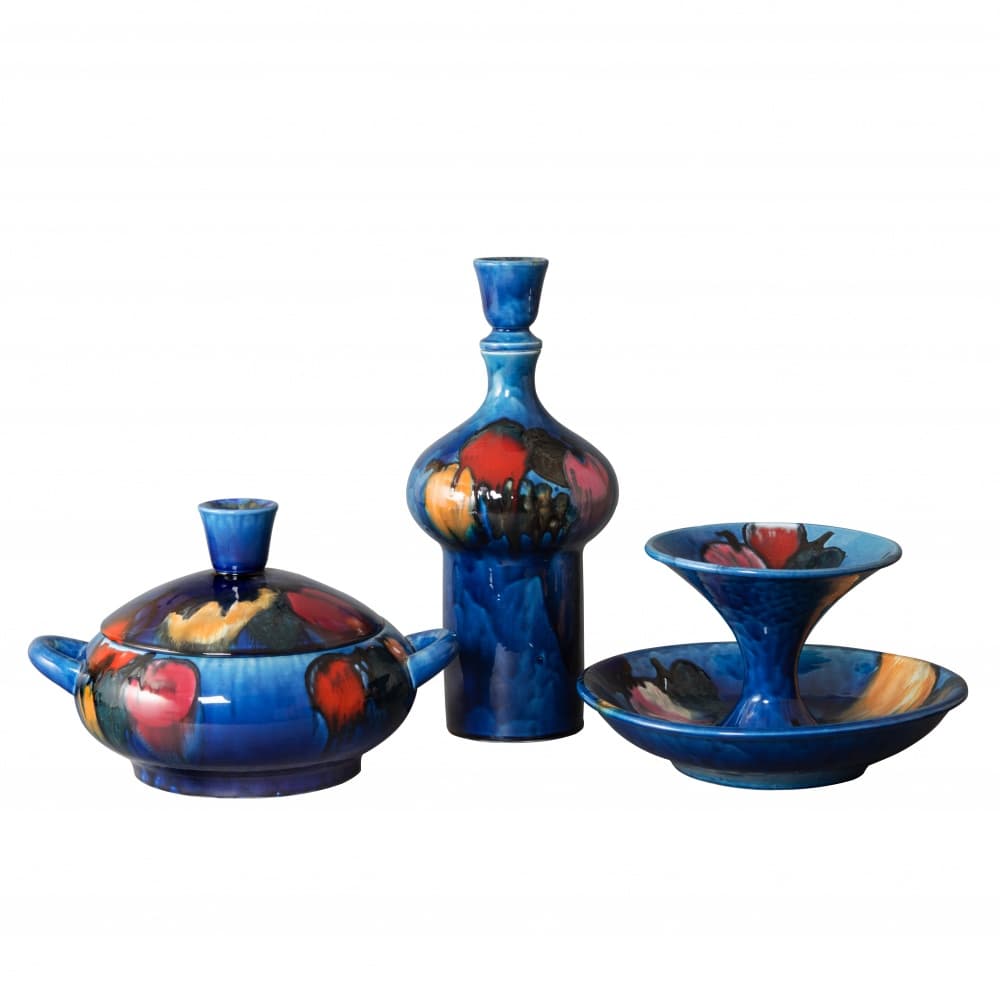 ITEMS FROM THE SET "AUTUMN’S OFFERINGS" 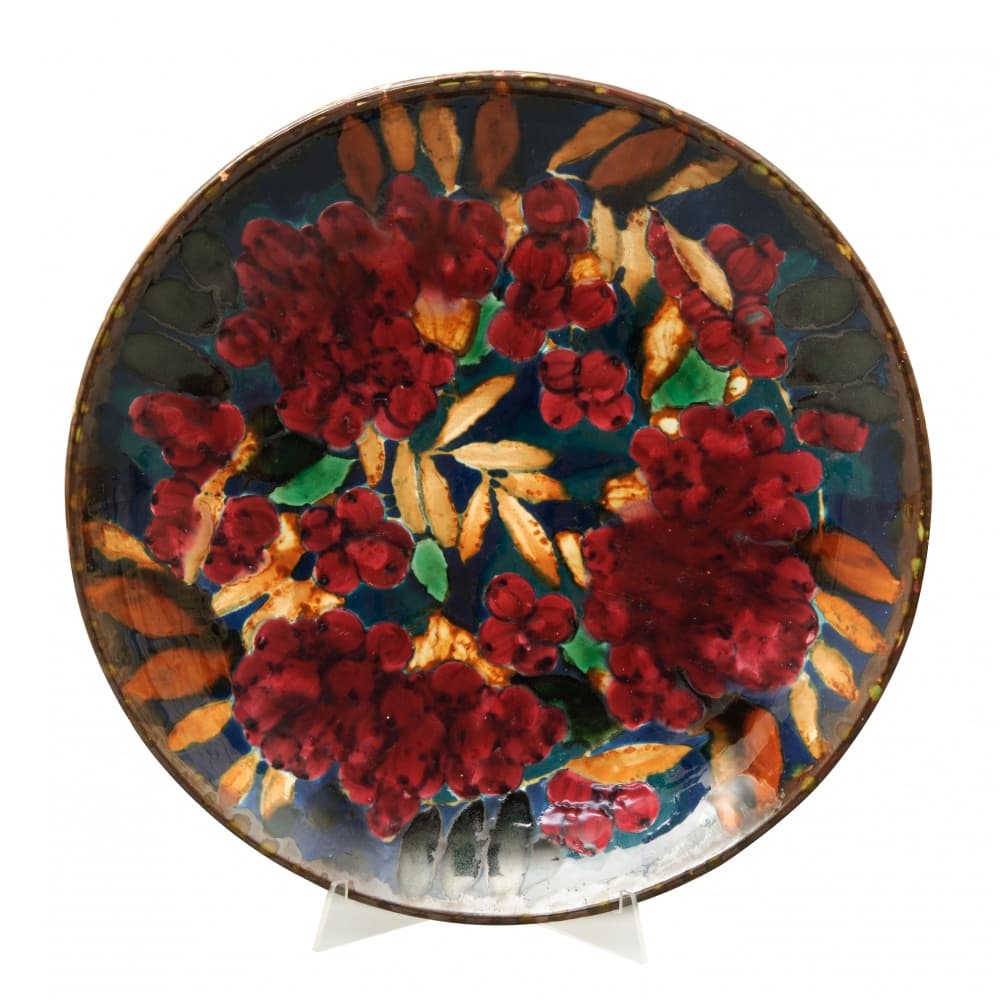 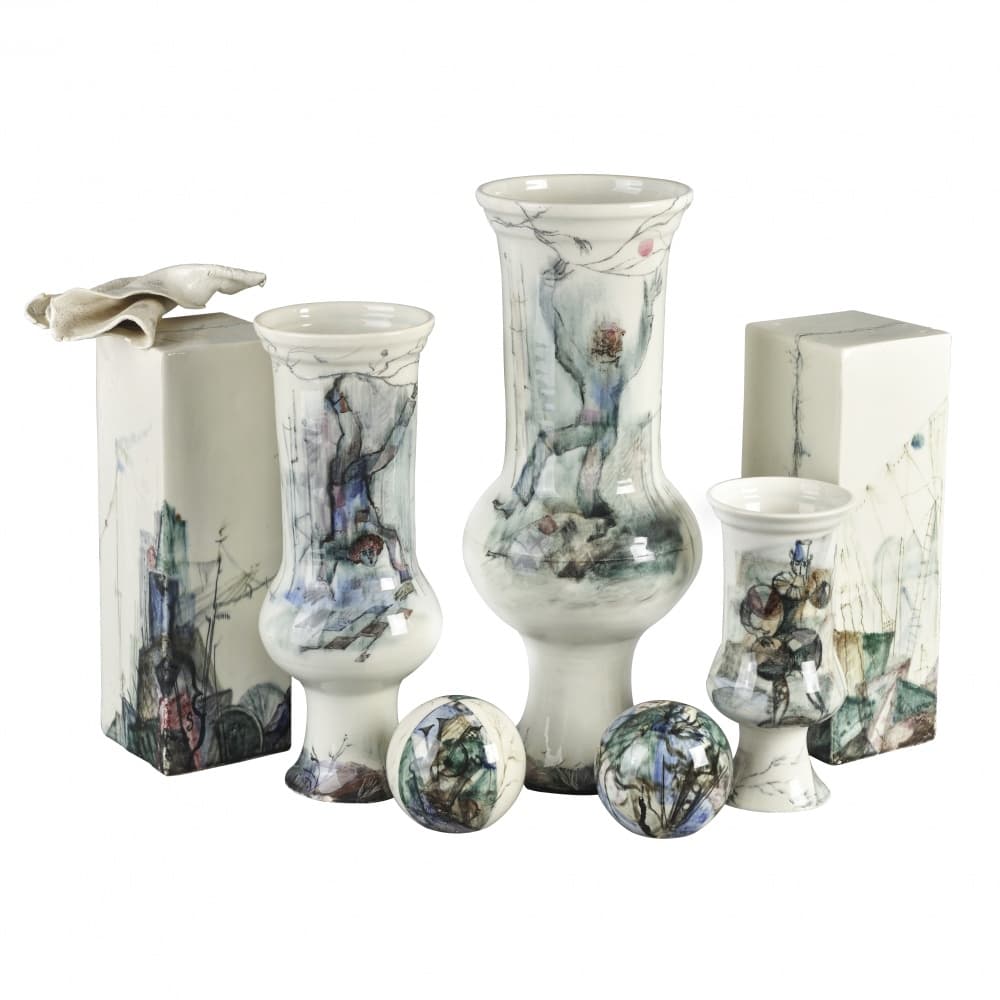 COMPOSITION "CIRCUS"
Feedback
Thanks! We have received your request and will contact you as soon as possible