THE TRADITIONAL FOLK ART OF RUSSIA

What do you think is Russian folk art? This question is asked by our guides, starting their narrative. “It’s a fairy tale,” answer children and adults alike, entering the exhibit’s first room. Guest are welcomed by big-eyed mermaids, guard lions with flowery tails, intricately curved patterns skillfully carved on houses façades, window frames, or frontal boards of cornices and gates.

All the varieties of folk art existed together, forming an integral part of peasants’ life. They were firmly woven into the Russian countryside’s lifestyle. A cheerful view of life, a wealth of experience and knowledge, a variety of skills, plots and images were passed down from generation to generation, giving birth to the tradition. The museum’s four rooms contain a collection of the best examples of traditional Russian art.

The tree was a very important part of a Russian peasant’s life. The respect for trees as living beings and the deep knowledge of the properties of wood gave rise to many traditions. Before cutting down a tree, peasants talked to it, asking it to forgive them for the pain caused. Very old trees were not cut down, as it was believed that they should die a natural death. Everything was made of wood: cupboards, benches, chests, sleighs, household utensils, baby cradles, and famous spinning wheels. Each item was lovingly decorated with intricate painting and ornate carvings. The spinning wheel was a housewife’s pride. It was given her in childhood or on the wedding day, as a cherished gift, and then passed on by inheritance.

When steamships appeared on the Volga in the XIX century, many carpenters who were previously engaged in ship carving switched to decorating village houses. The carvings from ships came ashore and took up residency in peasants’ homes. They were used to decorate gables, window frames, cornices, and gates. Such carvings were called “Dressing up the house,” and could cost more than the log house itself. Ship carvers perfectly mastered the techniques of the Volga flat carving, decorating houses with protective charms woven into the carved décor. Sculptural flexibility and excellent craftsmanship of their work created the effect of movement that appeared in the carving due to the play of light and shadow, sunrise and sunset, weather and seasons.

Today, it is impossible to imagine the history of folk toys without Sergiev Posad, town in which the toy-making art has been developing since the XVII century. It is no coincidence that Sergiev Posad was called the toy capital in the XIX century. Wooden figurines that were carved there possessed all characteristic features of the art of sculpture: they embodied real everyday characters, subtly conveying their details and expressions. Painted wooden elegant young ladies and hussars, soldiers and peasants, birds and animals, made Sergiev Posad toys famous all over the world.

Unlike Sergiev Posad masters, carvers from Bogorodsk did not paint their toys: they appreciated the natural color and texture of wood. The world of the Russian village comes to life in Kargopol toy clay figurines featuring robust and squat peasants, cheerful accordionists, hunters, animals and birds. The famous Dymkovo ladies in smart outfits, nurses with babies, and lush-tailed turkeys fascinate us with their colorful brightness. Clay figurines served as toys, but also as living space decorations and symbols of well-being.

In XVII to early XX centuries, the folk costume combined patterned weaving, embroidery, printed cloth, lace, and monastic gold embroidery. The folk costume preserved and carried through the centuries its main features: layering, simple and comfortable cut, with plenty of decorative details and finishings. The best clothing served more than one generation and was worn on especially solemn occasions. The headdress was the most significant detail of a festive outfit. Its decor included images of the sun, birds, and the world tree, embodying the idea of ​​the sky. “Look at the kokoshnik headdresses from the side,” our guides like to say. “In each of them you can easily recognize a bird’s crest." It is no coincidence that the names of women’s headdresses were associated with birds: kokoshnik (from the Old Russian kokosh which means rooster or hen), kika or kichka (duck), soroka (magpie). Among the variety of items presented, there is a maidenly koruna, resembling a fairytale princess’s headdress in shape and abundance of ornaments. 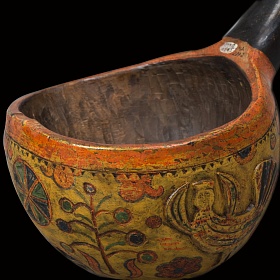 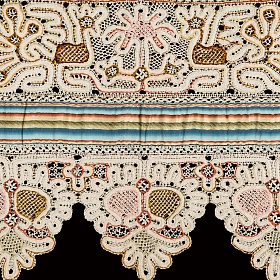 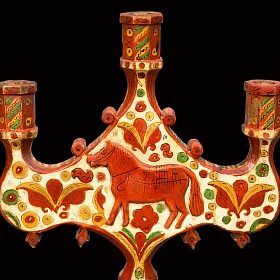 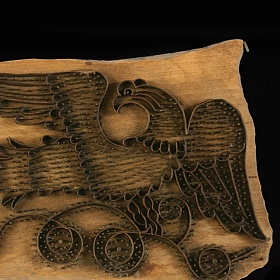 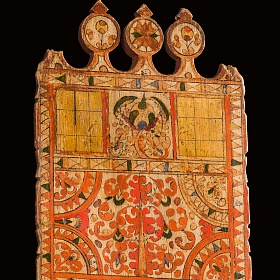 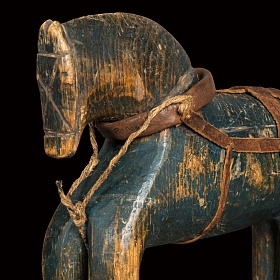 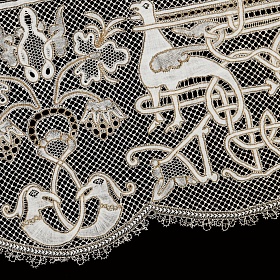 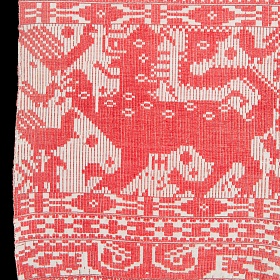 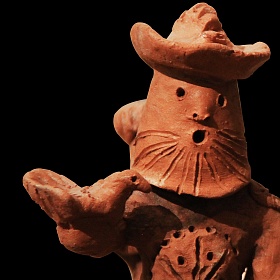